SAN JOSE, CA – Aug 27, 2019   The United States Attorney’s Office Northern District Of California announced the indictment of Anthony Scott Levandowski on 33 counts of Theft and Attempted Theft of Trade Secrets. Levandowski will also be subject to forfeiture of all assets in relation to gains from the theft.

The indictment details how the alleged theft came to be.

In 2009, Google began their self-driving car project that was known as Project Chauffeur. The employees designed the hardware and software that is necessary to have fully autonomous vehicles. Google owned all the intellectual property including the trade secrets that Levandowski is alleged to have stolen.

Project Chauffeur became Waymo in December of 2016, which was a stand alone company with over 600 employees. It is under the overall umbrella of Alphabet Inc.

Uber began the ride sharing application in 2009. By 2015 they expanded the business to include food delivery and other logistics. Uber began to invest in autonomous vehicle technologies at this time.

Levandowski joined Google as an engineer in 2007. He was one of the founding members of Project Chauffeur. He signed employment agreements in 2007, 2009 and 2012 which contained a paragraph about confidential information. These contracts obliged him to hold this confidential information, including trade secrets in confidence. He abruptly resigned on January 27, 2016 from Google. He was in charge of the Light Detection and Ranging (Li DAR) team at Project Chauffeur.

Levandowski is alleged to have been involved in the formation of a Li DAR company, spring of 2012, later known as Odin Wave LLC (ODIN). ODIN became Tyto Li DAR LLC and by 2015 began marketing its Li DAR technology to autonomous car companies which included Uber.

In September 2015 Levandowski decided to leave Google and form a new company called 280 Systems Inc. This company changed its name to Ottomotto Inc and began having talks with executives at Uber to have them make an investment in or acquire Ottomotto. A term sheet between Uber and Ottomotto was signed in February 2016. Uber’s Board of Directors approved the deal on April 11, 2016 with the closing of the deal in August 2016.

Levandowski used the Google drive and the SVN where the confidential files were stored, to download approximately 14,000 files on December 11, 2015. On December 14, 2015 he transferred the files from the company Google laptop to his personal laptop.  Between October 2015 and January 2016, Levandowski also downloaded an additional 20 files directly onto his personal laptop. These files included calibrating and tuning instructions of Google’s custom Li DAR and goals for each team within Project Chauffeur.

Below is the listing of the thirty-three counts: 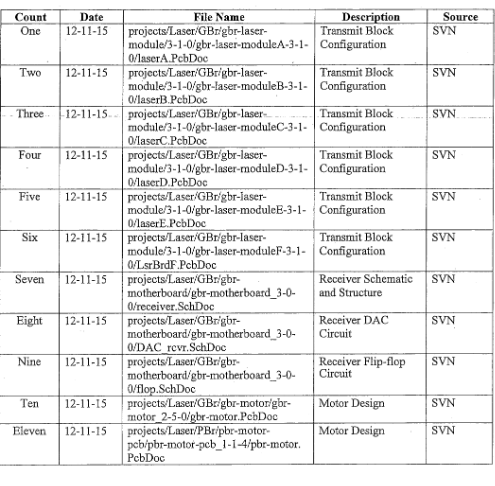 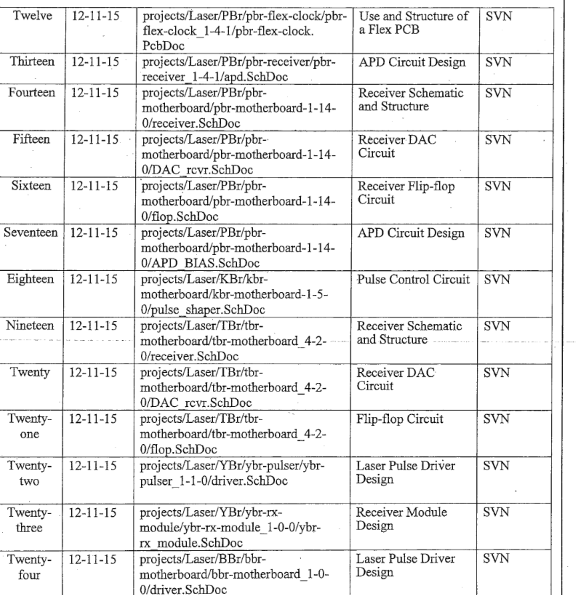 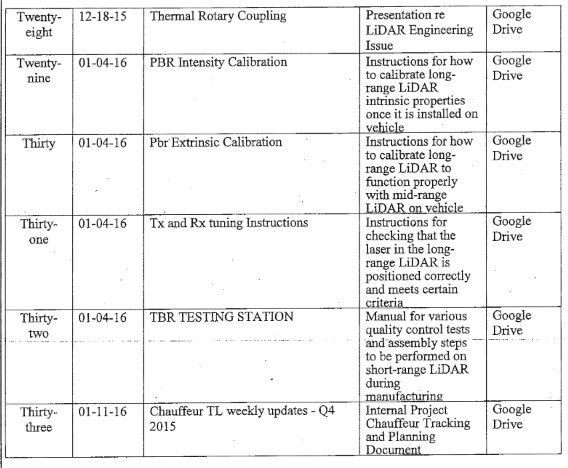 This story is ongoing and will be updated. To read the full unsealed indictment, click here.