Greatest chyron ever as Joe Biden flees reporters and takes no questions:

The U.S. economy is in a recession. pic.twitter.com/vzL8qxOHYM

Biden takes ZERO questions on the day that Q2 GDP showed that America has entered a recession. pic.twitter.com/BipE8GK1Yn

Denial is a fetid polluted river that flows inside the Biden administration:

Twitchy: Janet Yellen happy to pass along the news that ‘we’ve entered a new phase of our recovery’

Twitchy: Janet Yellen happy to pass along the news that ‘we’ve entered a new phase of our recovery’

Janet Yellen reminds me of a washer-woman from an East German movie of the 1960s.

Reminds me of an old commercial, we have two colors grrrey or grrrey. Women in uniform dresses.

True enough … but from what and to what?

What will be the economy’s new pronouns once it’s fully transitioned?

All they do is LIE. Consumer confidence is in the toilet. This is how people behave when they are intentionally trying to wreck an economy. pic.twitter.com/LZ7DdEthlJ

CNBC: PERSONAL FINANCE – Nearly half of all Americans are falling deeper in debt as inflation continues to boost costs

Doocy: “If things are going so great, why are White House officials are redefining recession?”

Doocy: “It’s two consecutive quarters of negative GDP growth… How is that not redefining recession?”

Jean-Pierre: “That’s not the definition.” pic.twitter.com/eyyvYdZWMj

Has the basement dummy called it “Putin’s recession” yet?

Here is the revision history from roughly the past 24 hours on Wikipedia’s RECESSION page: pic.twitter.com/LxU5RiEEZ9

A lot of people are wondering about the definition of recession. A recession is defined as two consecutive quarters of negative GDP growth if a Republican is president. The definition is far more complicated and unknowable if a Democrat is president.

The labor market is not strong. A LOT of people have left the job market entirely. pic.twitter.com/6weGMPkUjS

In fact, we are back to 1970’s levels of labor participation, back in your grandparents time when most homes had a single wage earner. pic.twitter.com/cOqf3cLZFp 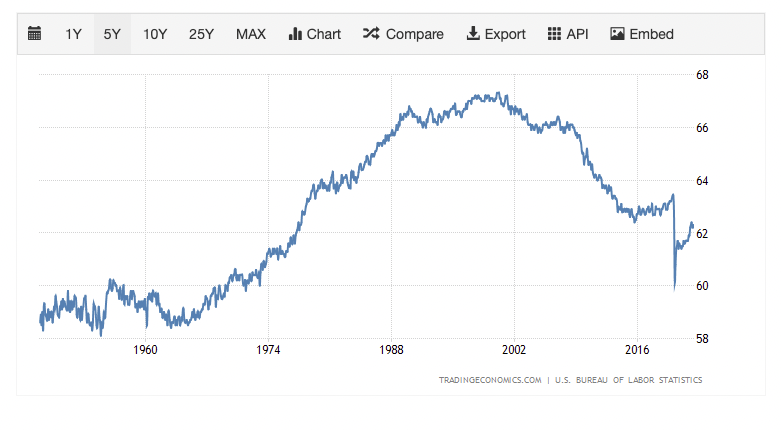 You have to look at unemployment rates in light of who’s actually looking for a job. Far fewer people are even trying to work vs. just a few years ago.

Initial unemployment claims are up 48% from March!

Unemployment Rate is not at 9% due to MILLIONS having left work force!

Another big lie Washington tells is that more people working = indicator of a strong economy. 70 years ago, one factory worker could feed a family, take vacations, and put his kids in college. Today everyone in the house works and they’re still living paycheck to paycheck https://t.co/D2eB8lxm9r

Even if you take the bait, it’s still false. Once Congress started paying people to stop working due to Covid, the labor participation rate collapsed and we’re now at 1970s levels. Once they drop out, the BLS stops counting them. https://t.co/RbmCeWXs9w

“Look at how many people are working three jobs just to survive. What a strong labor market we have!”

Oh, what would the Biden administration do without the enthusiastically compliant insipid MSM…

BREAKING: The U.S. economy shrank for a second straight quarter, contracting at a 0.9% annual pace and raising fears that the nation may be approaching a recession. https://t.co/dYUTWSjd80

The decline in the gross domestic product — the broadest gauge of the economy — followed a 1.6% annual drop from January through March.

Consecutive quarters of falling GDP constitute one informal, though not definitive, indicator of a recession.https://t.co/dYUTWSjd80

You MSM types know you don’t always have to swallow. You can spit … sometimes atleast.

The Democrats are about to DOUBLE the size of the IRS. Think again if you think they’re going to extract more revenue from the rich folks and corporations who already hire the smartest and costliest accountants. pic.twitter.com/W8waZylxBM

Just what this designed and planned destructive recession needs:

Well, we knew Manchin was too good to be true and had a button somewhere for Schumer to push. Manchin believes he needs to do this in order to save his party’s self-immolation in the November midterm elections…

Mary Chastain: Manchin, Schumer Agree on Bloated Economic and Climate Bill: The “Inflation Reduction Act of 2022” will definitely NOT reduce inflation. Raising taxes on job creators and spending a ton more money is not the way to do it.

Jason Donner: What’s in the Manchin-Schumer tax hike and climate change bill?Manchin and Schumer announced a reconciliation deal Wednesday, after more than a year of talks

LOLs from the Biden Open Border:

Jean-Pierre: “Republicans are using migrants as a political tool.”

Doocy: “So the White House’s preference would be for small towns in Texas and Arizona to take care of these migrants and not DC.”

Jean-Pierre: “They are sending migrants to big cities as a political ploy.” pic.twitter.com/JGXkkzn79a

That’s ripe… like the endless caravans weren’t political tools of the left? pic.twitter.com/zBpDY7vb2G 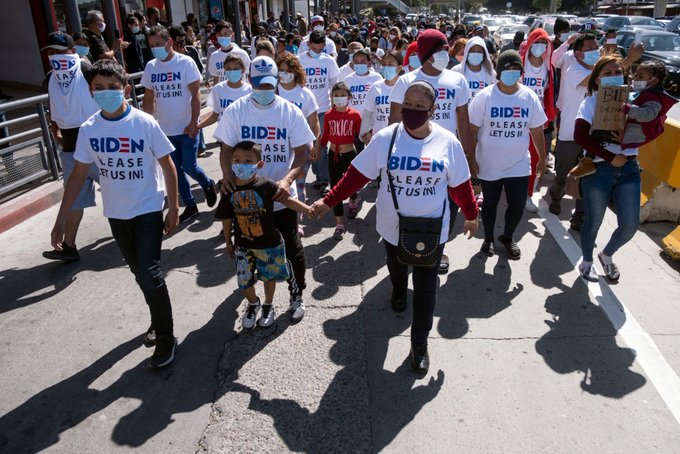 From the same DC mayor that knew a huge protest was planned for January 6 but refused to take Pres. Trump’s authorization of National Guard troops to keep the peace…

If 4000 is a tipping point, what the hell do you call the THREE & A HALF MILLION illegal immigrants who’ve crossed our southern border?? https://t.co/55OxpAfOel

“what the hell do you call the THREE & A HALF MILLION illegal immigrants who’ve crossed our southern border??” 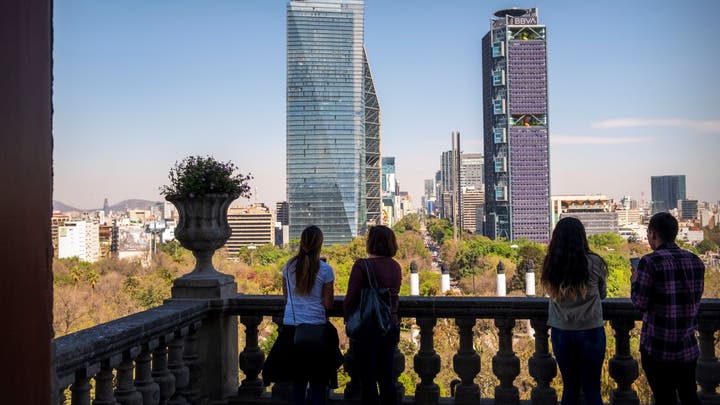 Sometimes our cousins across the big pond need reminding…

Chile is updating its constitution for the 21st century. The US should follow its lead https://t.co/78OBlP8y10

You mean the one that was written about 247 years ago ridding ourselves of the putrid cancerous tumor of dictatorial British rule and indentured servitude? Pound sand.