July 11, 2021 – There have been whispers around the beltway regarding the Department of Justice’s legal strategy in prosecuting the January 6, 2021 Capitol Hill cases. Recent events highlight and give us a hint on what that strategy is.

With the reporting on a major federal contract from the DOJ to a private company called Deloitte Financial Advisory Services, LLP we can begin to look at the sorts of resources being spent to go after people present on January 6.

The Epoch Times has reported on this $6 million dollar federal contract, from which we can deduce that the government is planning to arrest thousands more in their “Shock and Awe” campaign.

The Department of Justice has committed to paying over $6 million to a multinational firm to create a database to host the reams of data prosecutors are gathering in cases against accused participants of the Jan. 6 riot at the U.S. Capitol.

Deloitte Financial Advisory Services, LLP was contracted in late May to help develop the database and the government has started transferring a large volume of materials, including tens of thousands of records from the U.S. Capitol Police, prosecutors said in a court filing this week.

‘Following the Capitol Breach, the United States recognized that due to the nature and volume of materials being collected, the government would require the use of an outside contractor who could provide litigation technology support services to include highly technical and specialized data and document processing and review capabilities,’ prosecutors wrote in the filing, which was submitted in a case against several accused Capitol rioters.

The government will work with Deloitte to process, review, and produce material related to the breach, using various tools to redact certain personal information.

Prosecutors expect the database to be available for use in the near future.

‘Once it is, the government will begin systematically reviewing materials for potentially discoverable information, tagging when possible (e.g., video by a location or type of conduct, tips by a type of allegation), and redacting when necessary,’ prosecutors wrote.

The firm, which was listed as having a Virginia address, was awarded $6.1 million by the Department of Justice for ‘automated litigation support services,’ according to a database holding government contracts.

That figure could swell to $25.9 million, according to the database listing, which was reviewed by The Epoch Times.

The existence of the database was first reported by Politico.

Rep. Lauren Boebert (R-Colo.) on Friday said the development signaled that U.S. prosecutors are focused only on prosecuting cases related to the breach.

‘The DOJ is going to spend $6.1 million on a January 6 database. Where is the ANTIFA database? Where is the BLM database? It’s as if the DOJ has given up on all investigations other than January 6,’ she wrote on Twitter.

Antifa is a far-left, anarcho-communist network that has perpetrated violence across the United States, primarily in the Pacific Northwest. BLM refers to Black Lives Matter, a movement that alleges minorities are systematically treated unjustly by law enforcement, among other claims. DOJ stands for the Department of Justice, which did not return a request for comment.

More than 535 people have been charged as of July 6 with crimes related to the breach, including 165 for assaulting, resisting, or impeding officers or employees, according to the DOJ.

FBI agents are still seeking assistance identifying another 300 or so persons accused of participating in the tumult on Jan. 6.

‘Given the volume of information that may be discoverable, FPD is carefully examining options for accepting materials. We understand that FPD is considering contracting with a vendor to establish databases that can be used to receive and perform technical searches upon discoverable materials. The government’s discovery team is in the process of identifying the scope and size of materials that may be turned over to FPD with as much detail as possible, so that FPD can obtain accurate quotes from potential database vendors,’ they wrote in the new filing.

‘It is hoped that this database will be used by FPD offices nationwide that are working on Capitol Breach cases and counsel that are appointed under the Criminal Justice Act. We believe that a database will be the most organized and economical way of ensuring that all counsel can obtain access to, and conduct meaningful searches upon, relevant voluminous materials, e.g., thousands of hours of body worn camera and Capitol CCTV footage, and tens of thousands of documents, including the results of thousands of searches of Stored Communications Act accounts and devices,’ they added. – The Epoch Times

It should be noted that the entire apparatus of the federal government has been weaponized and applied to going after the January 6 protesters. The power of the biggest empire the world has ever seen is now being turned inward against their own citizens, the American people.

This is the outline of Joe Biden’s new “Domestic War on Terror” using over 17 intelligence agencies against the American people to politically persecute them. 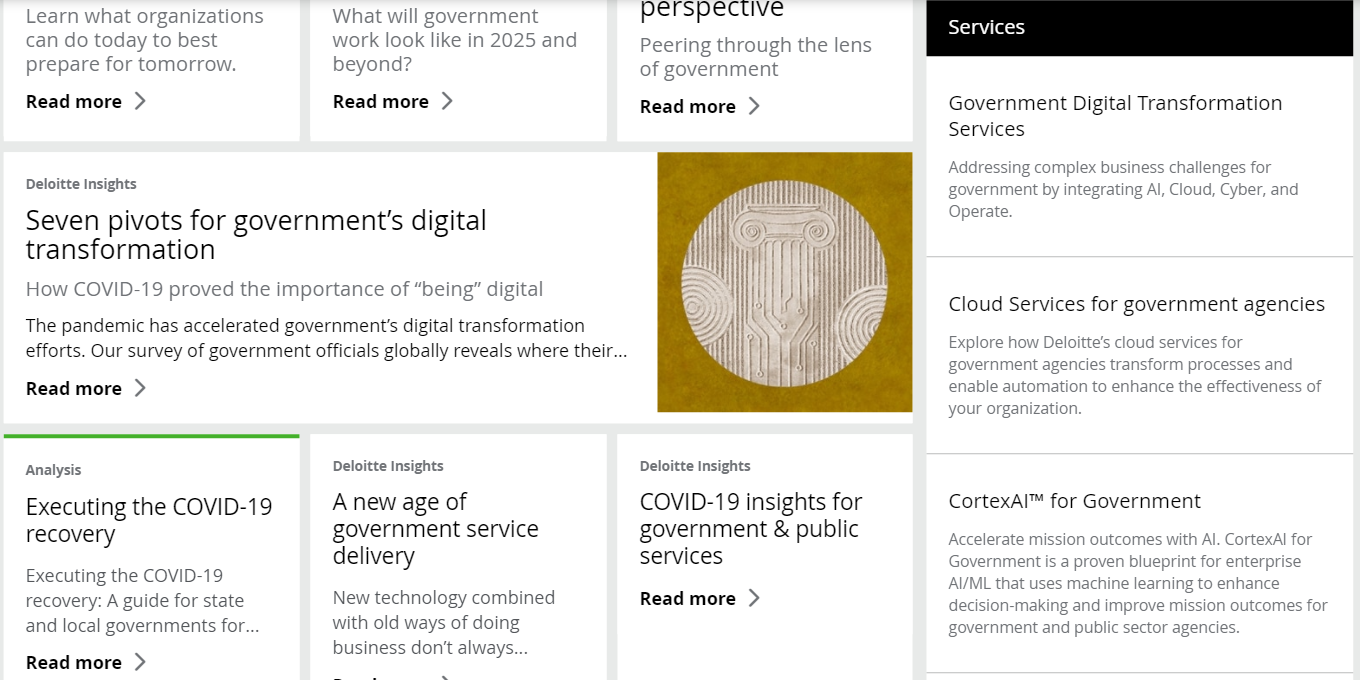 As you can see, Deloitte is a multinational full service company with a full suite of services, including specifically for Government services that can utilize cloud management and A.I. in their Government and Public Services section. 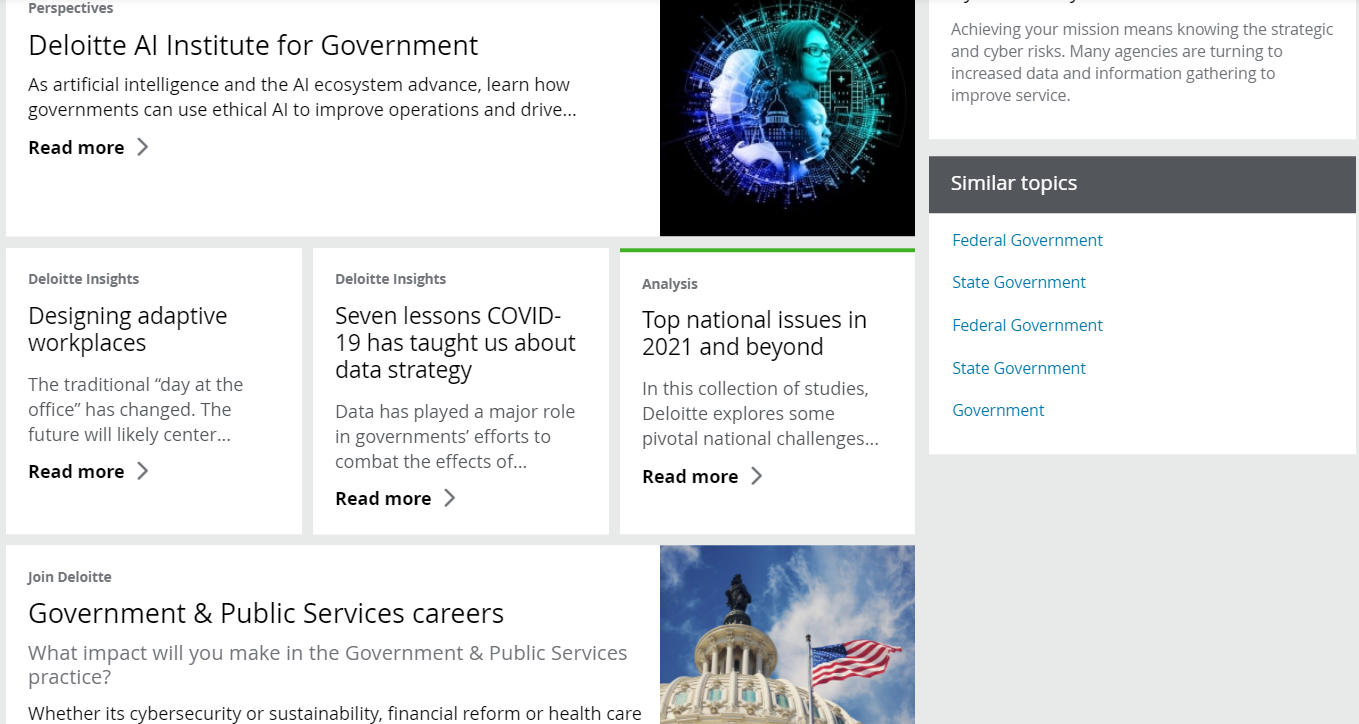 They have an AI institute for Government as well as involvement with Covid-19. 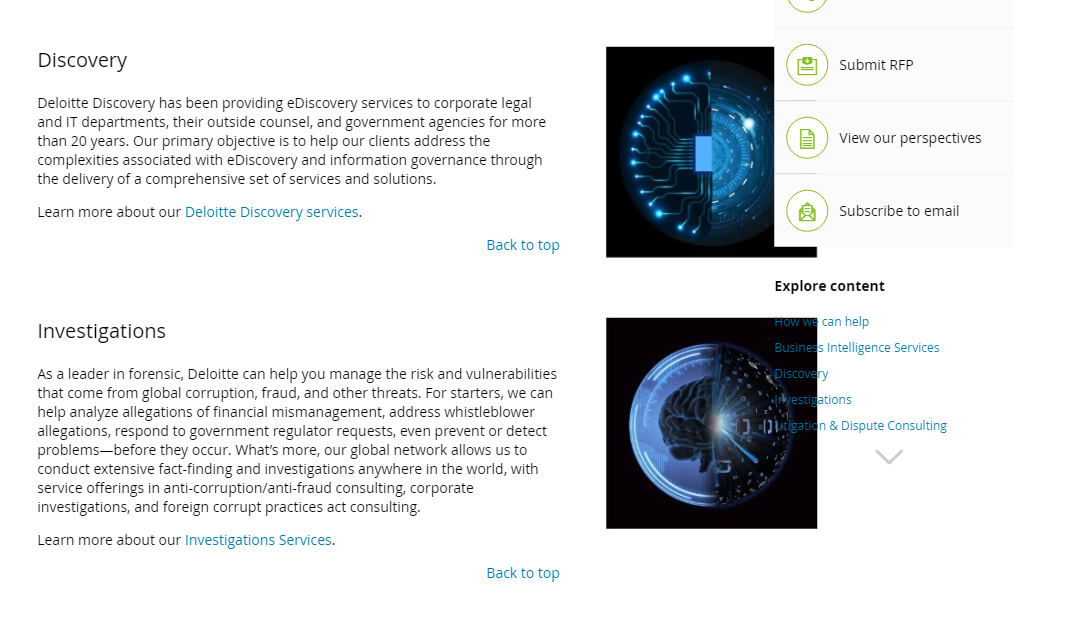 For Legal services they offer Discovery, IT and investigative services combined with the cloud and AI data analytics. 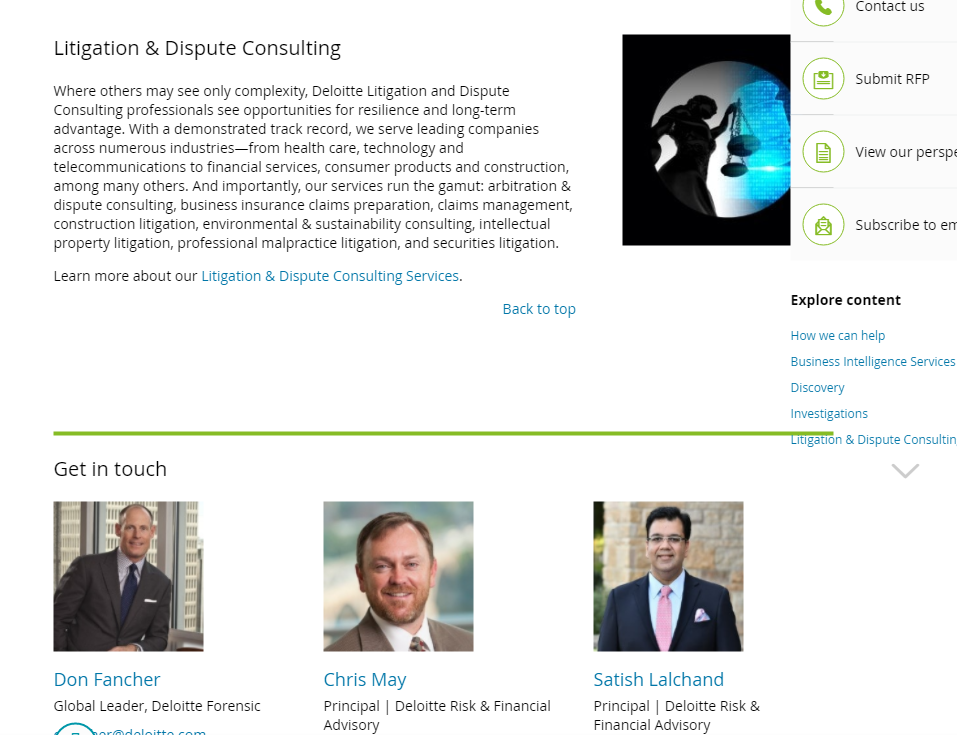 Importantly they offer litigation and dispute consulting, meaning they will be assisting over 50 U.S. attorney’s and Assistant U.S. Attorneys to develop case management and legal strategy regarding the January 6 cases. 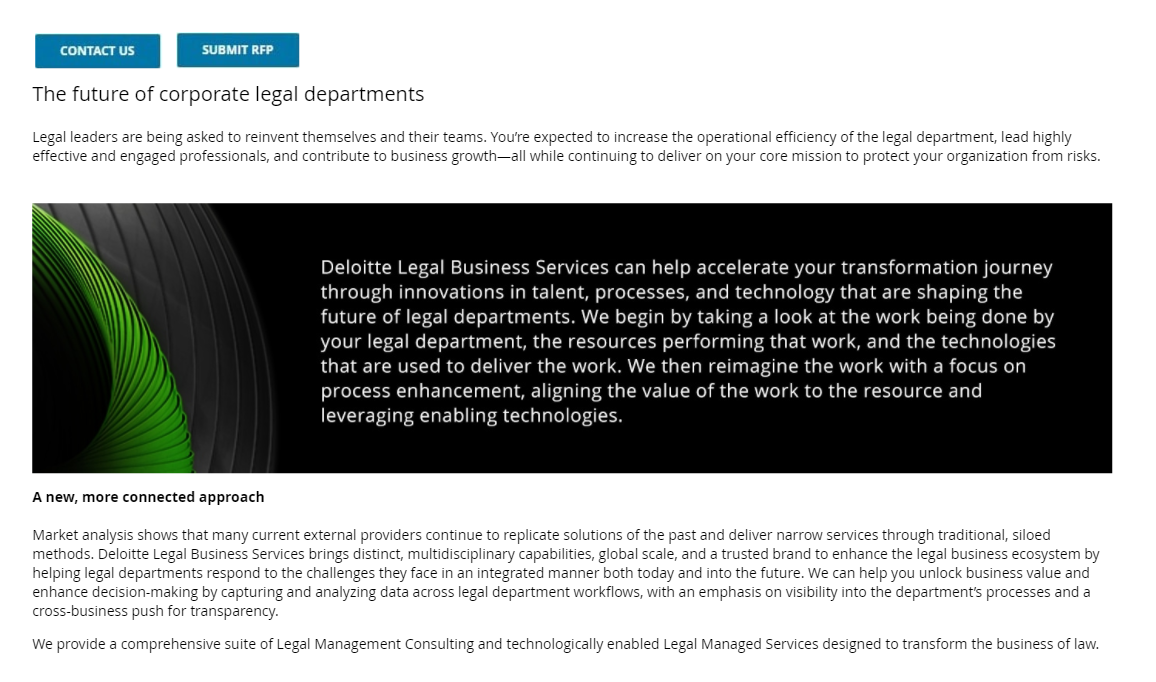 They are the ones creating the database of 75 million Trump supporters for the Federal Government. 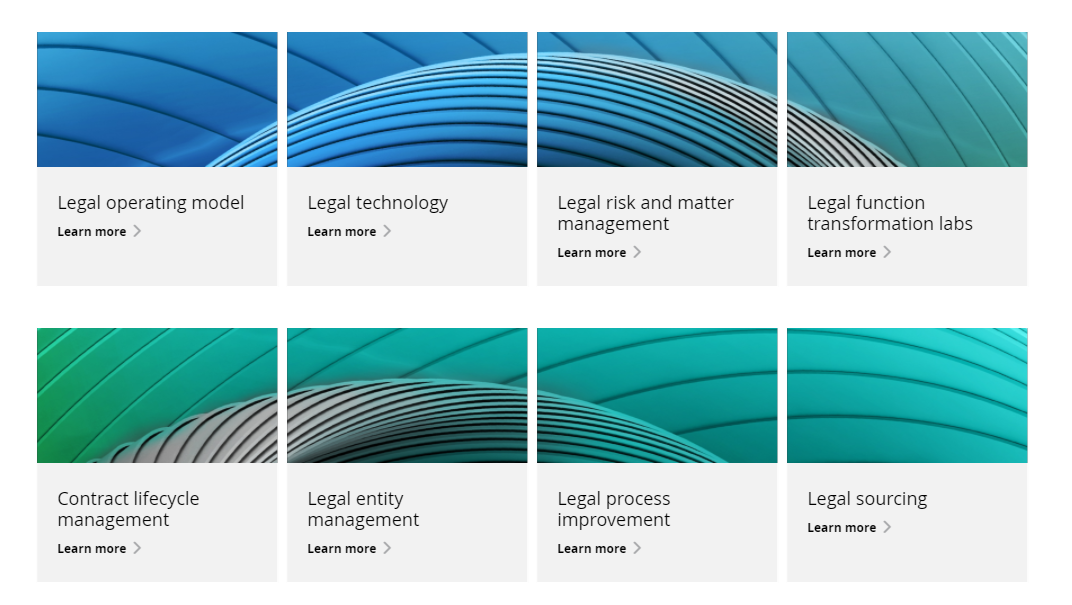 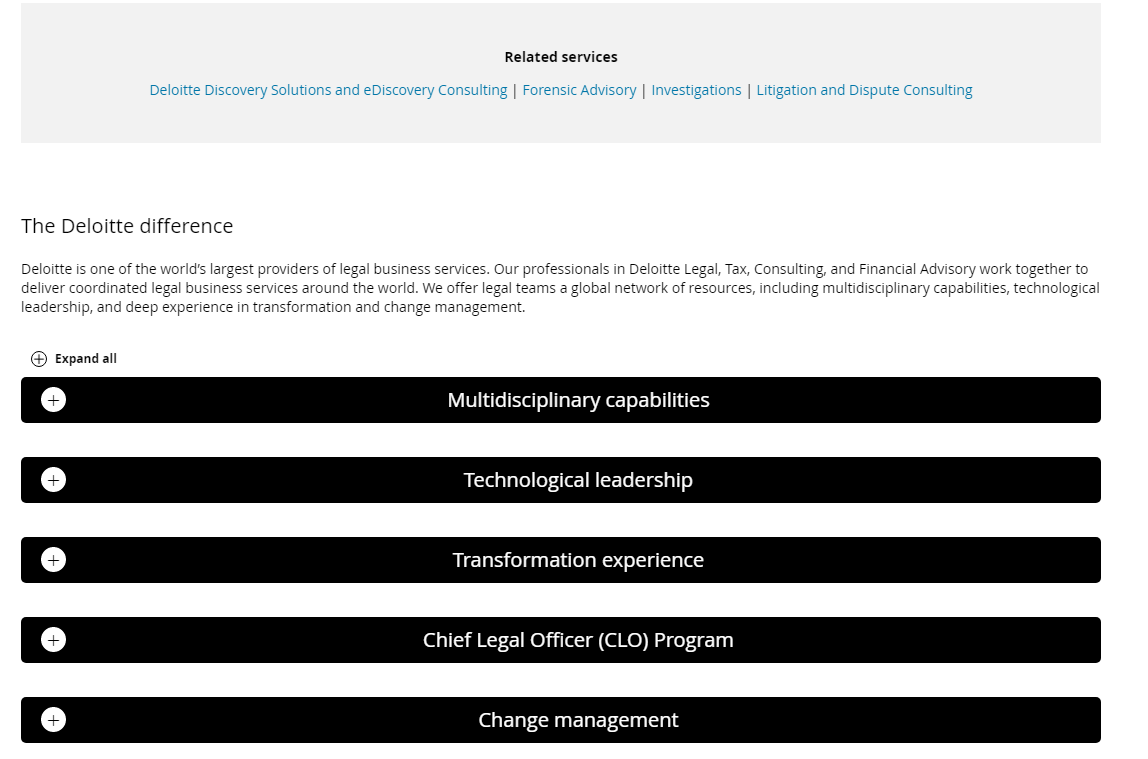 They are literally the world largest provider of legal services, working hand in glove with the massive powers of the state in targeting Americans. 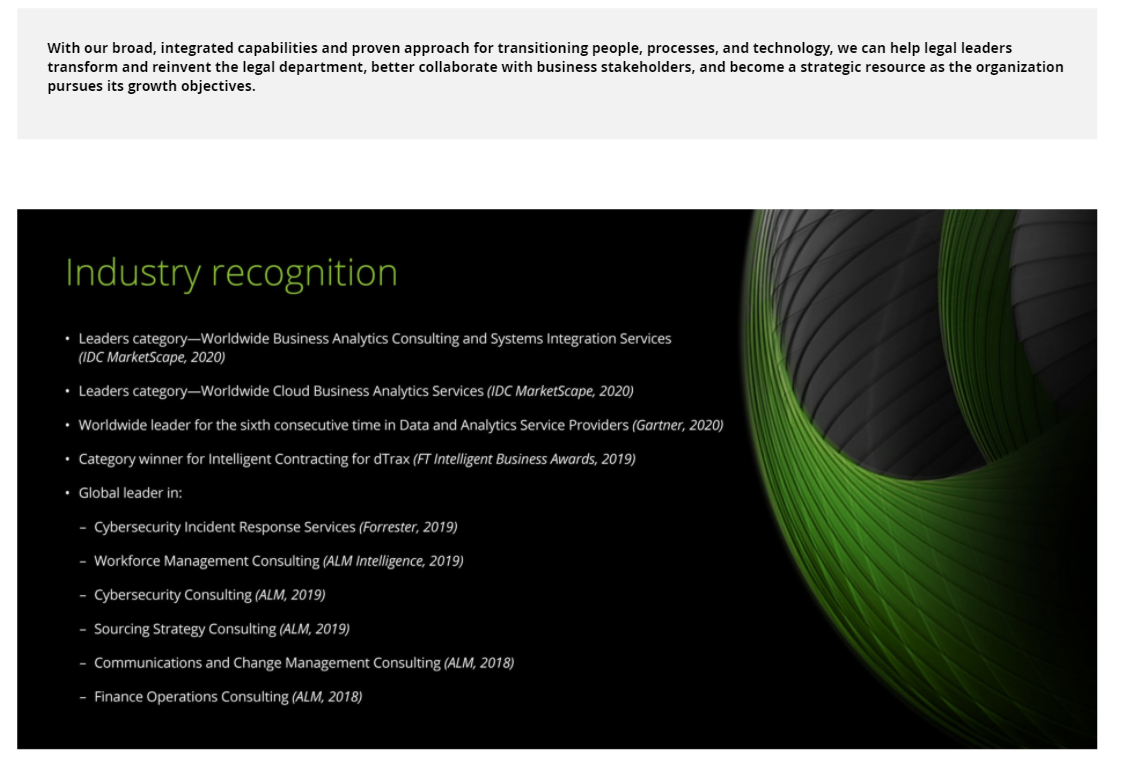 One of the main goals here by keeping defendants with no prior criminal history held in isolation 23 hours a day, being subjected to beatings and abuse by prison guards is to wait them out and get them to take plea deals. Every day they remain in prison in harsh conditions languishing, it becomes easier to break them and get them to admit things they didn’t do just to make it stop. The longer they are in there, the more they become politically and judicially weak.

Once authorities can claim that “legal victory” by coercing people to plead guilty to things they didn’t do, they can use that as a pretext to continue to expand their investigations and arrests to others, whom the FBI will claim are “accessories” to the so-called “crimes.” Anyone who has any experience with the legal system knows how corrupt and wicked the system can be.

For about a decade I worked in law. Though I did civil litigation and not criminal law, I was able to see how the system works. It is nothing like it is portrayed on Law and Order and CSI, etc. It is a system that is monetized and exists to perpetuate itself and its own power and prestige. The goal set here appears to be to target every single Trump voter or conservative commentator.

If you are in the alternative media, these cases should be your number one priority to publicize and support those so brutally wronged. Reach out to us at Patriots’ Soapbox and offer to help with our January 6 database, attempting to hold the powerful to account. We need transparency and the help of civil rights organizations.