November 18, 2021 — In what may be one of the most egregious of many oddities of the Kyle Rittenhouse criminal trial thus far, a “journalist” working for NBC news was caught attempting to dox and intimidate members of the jury in the Rittenhouse case. James Morrison was caught running a red light while attempting to follow the jury bus according to reports. He claimed he was told to do this by NBC/MSNBC News producer Irene Byon.

The person who claimed to be with NBC in Kenosha was trying to film the juror van. Judge Schroeder livid, per courtroom member – @HumanEvents

The Judge Bruce Schroeder has announced there will be an investigation into the incident.

On LinkedIn, there is an Irene Byon who lists herself as an NBC producer in New York

Here is an image of Irene Byon’s LinkedIn account, before she nuked it: 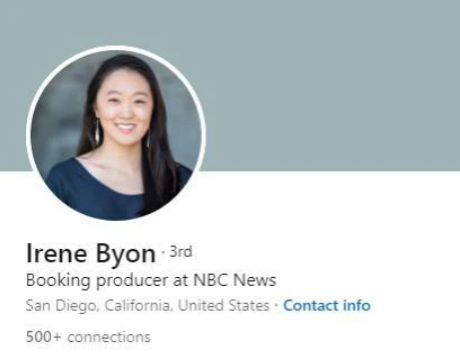 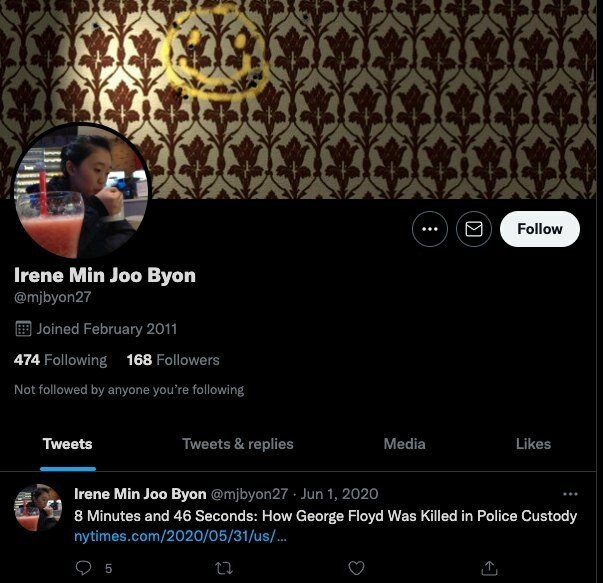 This should be immediate grounds for a mistrial with prejudice.

This is the absolute state of cowardice in America with regard to the state of power that the corporate media holds as well as its undue influence on criminal cases.

This is how revolutionary leftists always operate btw. They make the normal function of important systems impossible, with the idea that they will (by necessity) have to be replaced with something ultimately controlled by leftists. Must be dealt with ruthlessly by the judge. https://t.co/zfJR76aUlI

The judge already made clear yesterday that he cares too much about the media’s coverage of him so I don’t expect him to do his job here and hold them accountable.

Joey Camp called out both of the media culprits on Gab:

Here is some background information on James Morrison, the “journalist” who got caught: 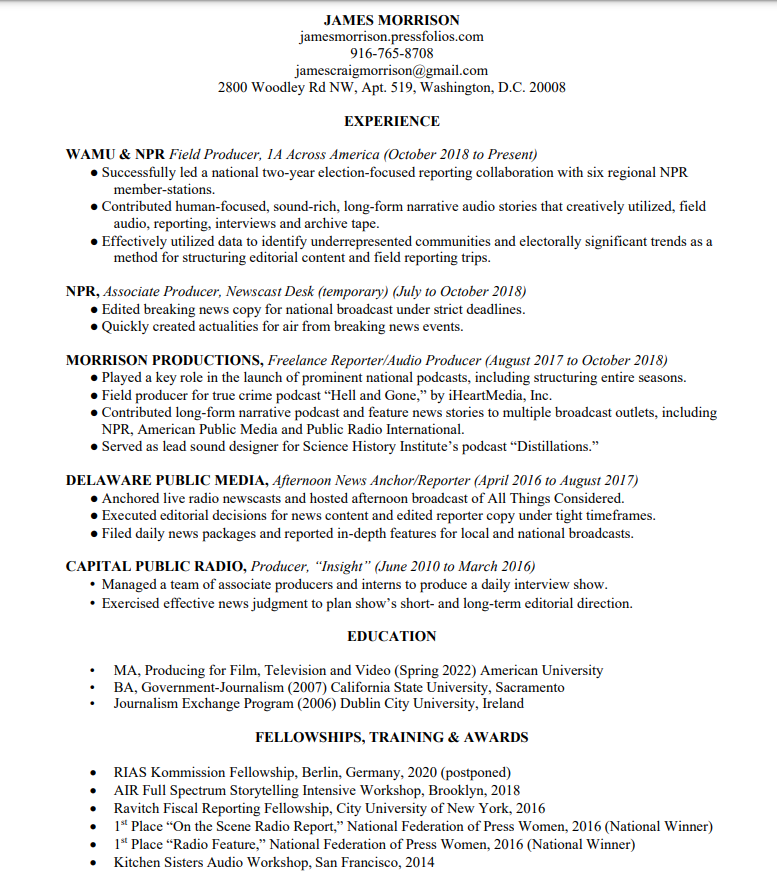 That is from his resume. 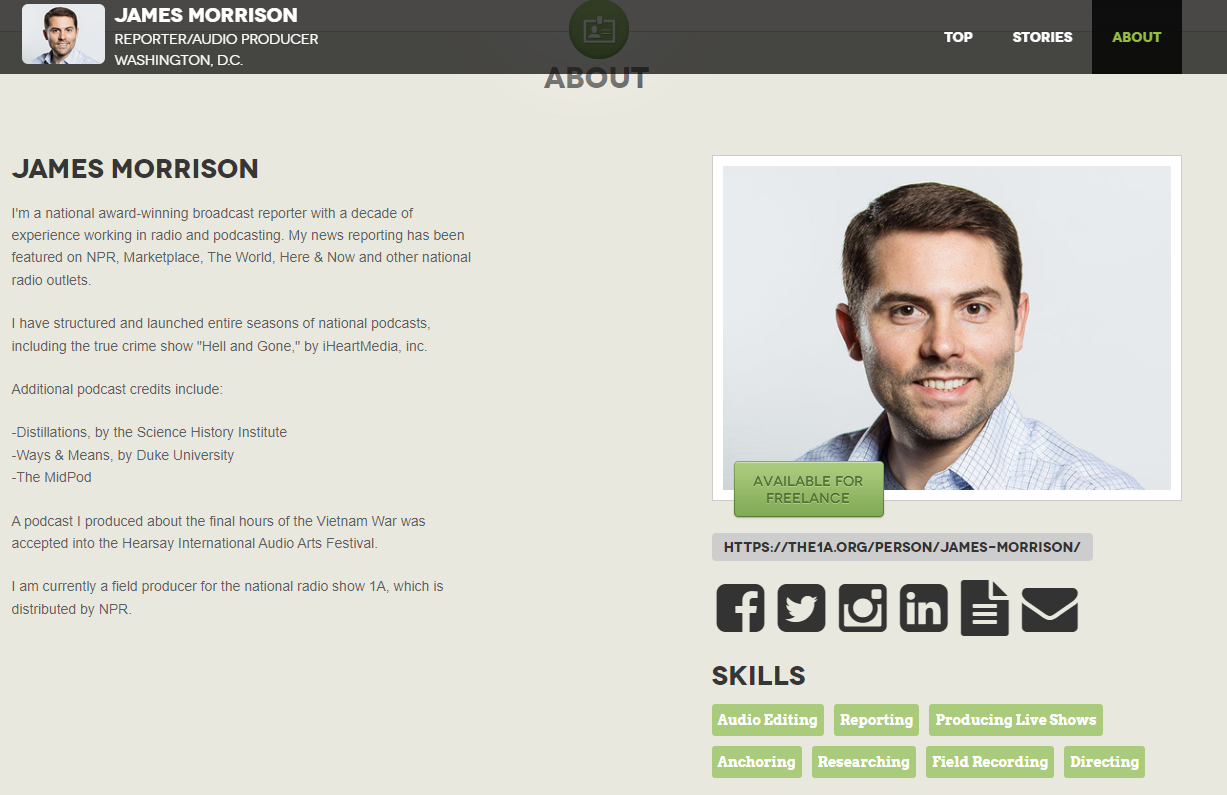 Here is his Twitter profile, which is still up as of the time of this reporting: 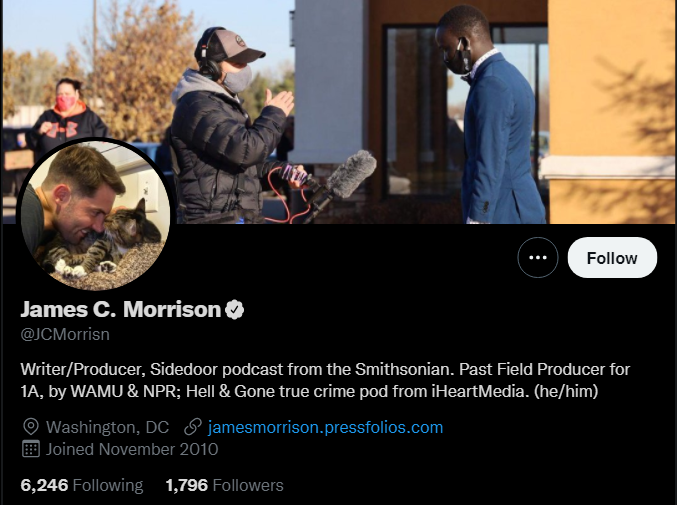 The Dune references are epic.

The media is operating as a criminal organization at this point and they need to be prosecuted to the fullest extent of the law.

The rot and corruption within the mainstream media cannot be overstated.

Will she be arrested for attempted jury intimidation?

No one believes this is true. The account deletions make it obvious that they were trying to intimidate the jury as they did in the Chauvin case.

The journalist even admitted he was ordered to dox and intimidate the jury.

This entire thing is such a farce.

There was no breach of security regarding the jury, nor were there any photographs obtained. This investigation remains active and open, no further information.

There has been so much nonsense going on with this trial, from the prosecution altering a video before giving to the defense, to the FBI with its magical drone footage to BLM rioters outside trying to scare the jury, to the prosecution trying to get prejudicial information admitted to bias the jury against the wishes of the judge, it seems like it never ends.

Zero Hedge reports on the incident:

As day three of jury deliberations in the Kyle Rittenhouse murder trial began, Judge Bruce Schroeder banned MSNBC from his courtroom for the duration of the trial, after an employee claiming to be a producer with the outlet reportedly followed the van taking jurors home on Wednesday evening and was pulled over after running a red light.

‘No one from MSNBC news will be permitted in this building … this is an extremely serious matter and will be referred to the proper authorities,’ said Schroeder.

The judge added that the employee taken into custody was James J. Morrison who claimed to be working for Irene Byon of NBC in New York.

According to TownHall’s Julio Rosas, Kenosha police reported that someone was following the bus carrying the Rittenhouse jurors last night “while claiming to work for MSNBC,” adding that the matter is under investigation.

Byon has reportedly nuked her Twitter and LinkedIn accounts.

The judge appears to be unwilling to do what should and needs to be done in a capital murder case.

She appears to have deleted every social media account that she had.

Given that the judge has barred MSNBC from entering the courthouse, calling it "a very serious matter," the network obviously has the responsibility to immediately and publicly say whether the judge's suspicions are true and what happened here.

This is obstruction of justice rendering it impossible for Kyle Rittenhouse to have a fair trial.

MSNBC seems to be acknowledging what Kenosha News said the local affiliated confirmed; that the freelancer was working for them. But they are denying he had any malicious intent to photograph the jurors. Why was he near the bus?https://t.co/oFzi9bOArd

Why was he running red lights?

More here from the NYT on the MSNBC freelancer following the jury van. MSNBC's statement tried to make it appear as if it were just some random coincidence that he got a "traffic infraction". He was following the van and ran a red light to keep up. Why?https://t.co/0PPveF3sRi

Because they know how bad this looks for them.

The above video provides a break down of the events that occurred. We have been following the case and will continue to provide updates. This is now day three of jury deliberation and it appears the prosecution might need to testify under oath about a video file and its compression.