President Trump took to twitter to slam the recent corporate decisions made by Fox News to bring on certain discredited and corrupt individuals like Donna Brazile, who we know conspired with the HRC campaign to provide her the questions in advance of the debates in 2016:

Fox News, just like all the other mainstream corporate news outlets, is owned by just 6 Mega-corporations and they serve the interests of the ruling class. They further the sinister dialectic, the agenda to keep to American people constantly divided over frivolous issues, while they rob us all blind and rape our children.

According to recent polls, the American people have an all-time low trust in the media: 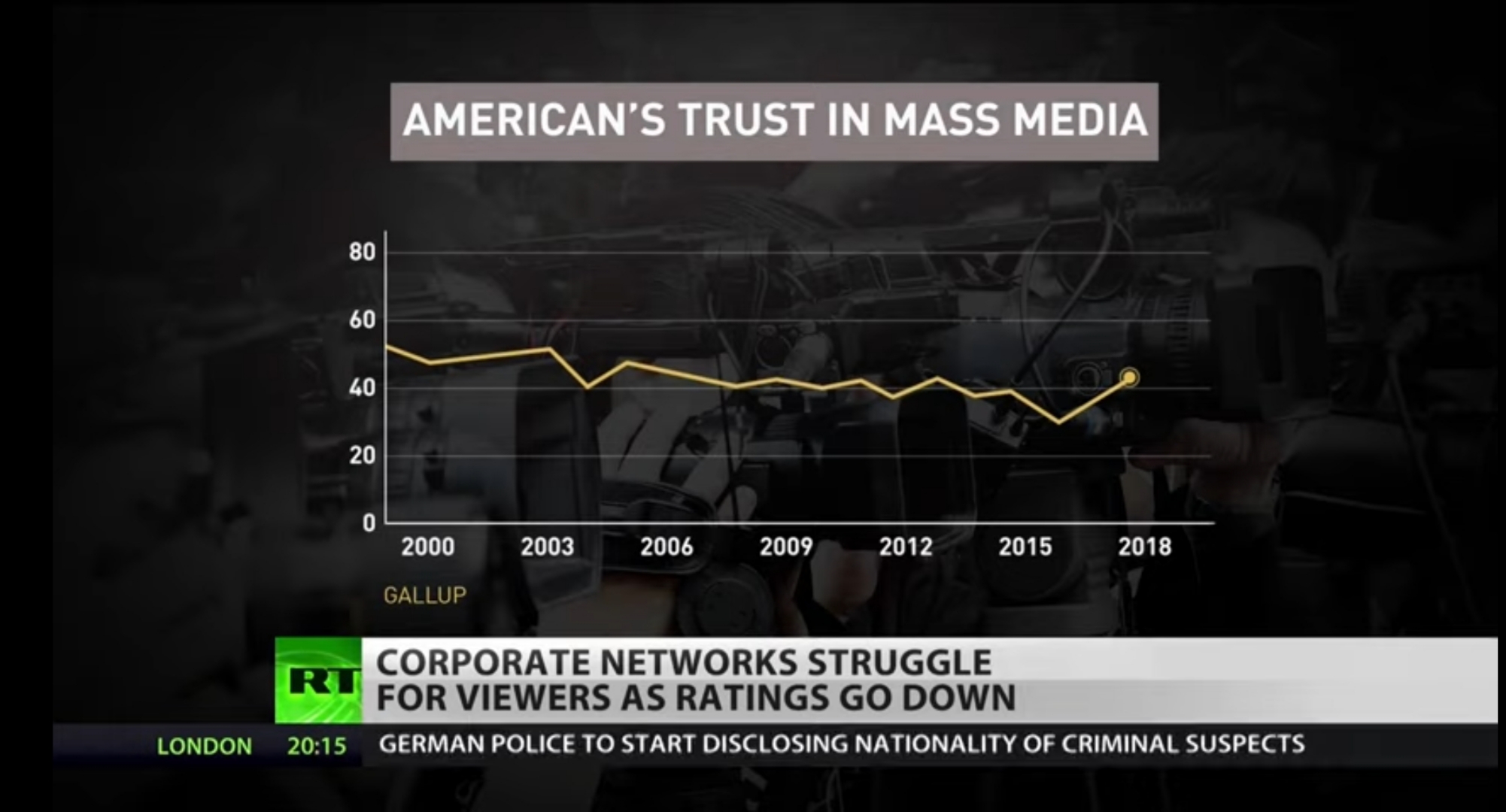 The whole Left/Right charade is a false paradigm. The two main political parties always come together to further the interest of the American imperialist agenda of the top 1%. In fact, the American people have far more in common with each other than not, regardless of race, sexual orientation or any of the other labels they use to keep us seeing one another as the ‘other.’

According to an article on Freedom Outpost:

“By allowing politicians and their pundit pals to divide this nation into silly, arbitrary teams, they pit us against one another, weakening our patriotism and pride.  It’s the sort of tactic that the British government would have killed for back in the 1770’s, and we’re walking straight into the slaughterhouse ourselves in 2019 thanks to the constant media pressure to rile us up.

A new poll has offered a glimmer of hope this week, however.

The overwhelming majority of Americans said that they remain angry at the political establishment, according to a poll released Sunday.

Seventy percent of Americans said they feel mad “because our political system seems to only be working for the insiders with money and power, like those on Wall Street or in Washington.”

For more on this, please see the RT segment below:

Of course, Patriots’ Soapbox is a new, 24/7 news network. POTUS! Call into Freedom Rings with Pamphlet and 412 Anon Monday through Friday, starting at 5:00 pm EST!

At the moment yes Fox News is undergoing a management transformation away from its “Fair and Balanced” state to something like a CNN. But in the meantime, you have the spygate story. Fox will be the only major news network to cover it. At the same time our opposition believes everything on Fox News is a “conspiracy theory” So what… Read more »