Basically, the SCOTUS ruling says to New York that the Second Amendment is not a “second class right” and that American citizens do not have to “prove you need this right”…

And the whining ensues… 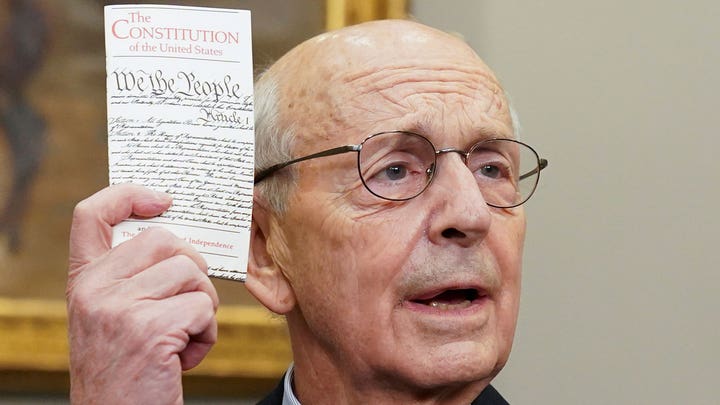 Better you should sit this out, DOJ… 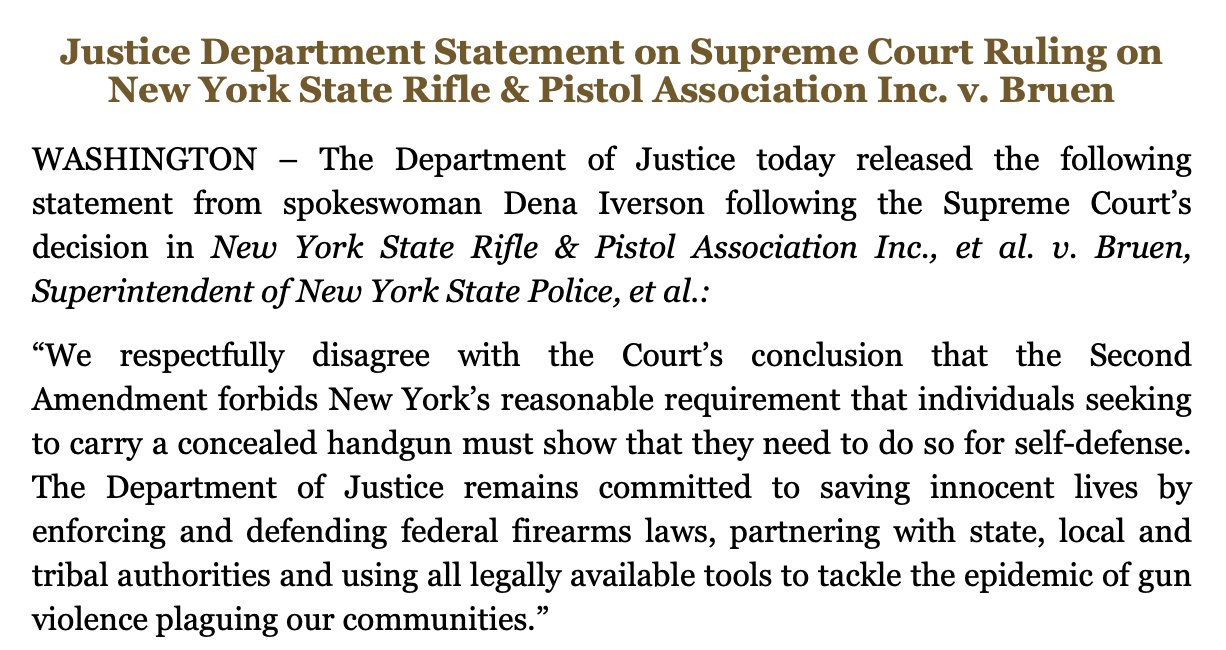 This, the same DOJ under Obama/Biden/Clinton/Eric Holder that carried out “Fast and Furious” with straw purchases of guns in the U.S., illegally sold them to nefarious folks and drug cartels across the border in Mexico, and then they brought those guns back across the border with them and they killed some of our Border Patrol Agents and other Americans (not to mention the Mexican citizens that were also murdered with them) … and now the same DOJ working for the Biden administration sending billions in U.S. funding, weapons, ammo to Ukraine, AND left behind some $85 billion in weapons, ammo, military machinery in their FUBAR-ed Afghanistan bugout. Oh! And same DOJ that will not go after Hunter Biden for his breaking of gun laws (for starters). So, yeah, go sit your collective corrupted asses down and talk to the wall, DOJ. 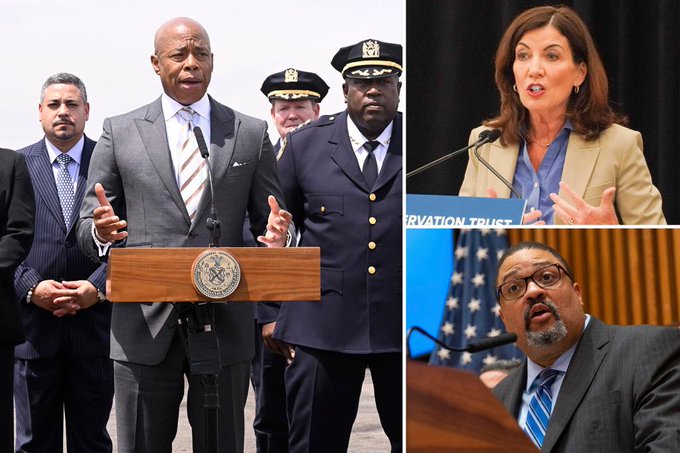 Twitchy: Gov. Hochul plays the ‘you can’t yell fire in a crowded theater’ and ‘muskets’ cards in response to SCOTUS ruling on guns

Too late. There’s a reason John Carpenter set the dystopian flick “Escape from New York” in, you know, NYC.

It has become necessary to dissolve the Supreme Court of the United States.

The first step is for a state the “court” has now forced guns upon, to ignore this ruling.

Great. You’re a court? Why and how do think you can enforce your rulings?#IgnoreTheCourt

The conservative lady on the Court is just a paralegal, says the Founding Father of MSNBC. pic.twitter.com/z2OEp66uLF

Waiting for the academic Kagan to be called a paralegal now, when did she serve as a judge before being appointed 🤷‍♂️

CA, with the USA’s toughest gun laws, released a guy in custody on other charges, with a criminal record & mental issues, despite a federal detainer order. Why? CA doesn’t enforce its gun laws & disregards federal immigration law.

And it keeps happening in this dumbass state. We become more unsafe by the day. These DA’s and politicians belong in jail in CA. Funny that we have people leaving daily for Texas, Florida and Idaho

Twitchy: LOL! Not enough POPCORN –> Check out this thread of some of the WORST blue-check meltdowns on Twitter over SCOTUS gun ruling

People who know what they’re talking about…

On his birthday, Justice Thomas has issued what is one of the most impactful decisions of his illustrious career as a conservative jurist. The decision brings together many of the elements of his past jurisprudential views, including originalist analysis. https://t.co/ZE0Ssh0czI

SO I’VE READ/SKIMMED THE BRUEN OPINION, and it’s a big victory on the Second Amendment. It’s also the culmination of a multidecade litigation/advocacy strategy, which I’ll have more to say about later.

UPDATE: Just got interviewed by Nina Totenberg. I don’t think she liked my take much, but we’ll see how it comes out.

ANOTHER UPDATE: So a few more thoughts. First, I want to shout out to the late Don Kates, whose article in the Michigan Law Review, Handgun Prohibition and the Original Meaning of the Second Amendment was the rock that started this avalanche. And it’s awfully close to Justice Thomas’s opinion today. This has been a long campaign of scholarship, litigation, and advocacy and it has made a difference. Ideas do sometimes matter.

Second, the direct impact of this decision isn’t as big as you’d think. It will make essentially no difference in the 43 states that have shall-issue carry now. Its immediate impact will be limitedto those may-issue states that make permits available at the discretion of the authorities. I found it hilarious that Eric Adams invoked the “the wild, wild West,” in response. I guess that means we’ll have gun-toting thugs shooting people on the streets of New York, and engaging in running gun battles on the subways. Oh, wait, that’s what New York has now.

The affected states will do their best to frustrate the impact of the opinion, of course — call it a campaign of “massive resistance” — which will only ensure more litigation. The lower courts have been notably unsympathetic to gun rights, most judges possessing as they do the values of the educated Gentry Class on social matters regardless of political affiliation, but this is a direct instruction from the Court to take gun rights seriously. I expect a few summary reversals of courts that try to dodge the decision’s import.

Third, the notion that “urban” areas should have different gun regimes than rural areas seems to be to be racially suspect. In the music business, “urban” is largely a synonym for “black,” and for most people “rural” is a synonym for white. The notion that black areas should have more restrictive gun regimes than white areas seems . . . problematic. And we don’t generally treat constitutional rights differently based on locality; the Court sort of did that with obscenity for a while but largely gave it up, and with good reason.

Fourth, and don’t make too much of this, there’s the timing. Now that we’ve come to think of Roberts as a politician, I can’t help but wonder if he’s released this opinion, which will play well on the right, with an eye toward the Dobbs opinion. If it’s a retreat from the draft, maybe he thinks this will help him keep some respect on the right. On the other hand, if it were me and I were being political, I’d have released both opinions on the same day, so that the left would have trouble deciding what to be outraged about. I dunno, I’m not a great Supreme Court tea-leaf reader, and I don’t think many people are, but that’s the thought that crossed my line.

Ace: In 6-3 Opinion, Supreme Court Strikes Down “Proper Cause” Requirement For Gun Licensing in New York and Five Other States