Our obligations to our country never cease but with our lives. – John Adams (1808)

“When I turned and saw the grenade and realized that there were six guys in the blast radius, I threw myself over it.”

It’s always great to be in the company of heroes.

Last week, that company could be found at the National Medal of Honor Heritage Center in Chattanooga, Tennessee, with Operation Enduring Freedom Medal of Honor recipient Sal Giunta. Like every recipient I have known, Sal, who was an Army specialist at the time of his heroic actions, is an amazingly humble person, and that humility accounts for this young man’s exceptional patriotism and sacrifice.

Sometimes, like right now amid all the political rancor, it is good to be reminded what really makes America great. Truth is, there are extraordinary grassroots American Patriots in our midst every day, many of whom have never put on a military uniform. I find that paying more attention to those around me reveals many who have quietly endured what seem like insurmountable challenges in their daily lives.

Today, however, I want to introduce you to a couple of Marine Corps brothers on our Patriot Post team who did serve our nation in uniform.

The ranks of our readers have grown rapidly in recent years, and those new ones would not recall the original profile I devoted to a longtime friend and Christian brother, Roger Helle. Today’s readers would, however, recognize his name as the author of Wednesday’s “Grassroots Perspective” series.

Roger served three tours in Vietnam and is the recipient of a Bronze Star with Combat “V,” three Purple Hearts, and other decorations. He was medically discharged in 1971 after nine months recovering from near-fatal wounds on a mission I detailed in his profile, “Point Man.” Though he had been wounded on each of his previous tours, on a terrible day in July of 1970, he survived being blown up, shot multiple times, bayoneted by a VC soldier, and left for dead.

One of the things I admire most about Roger is that he is fearless, having faced death head-on many times and knowing who keeps overwatch for him. He is the author of Point Man, A Time to Kill, a Time to Heal, and other books on Vietnam. He has returned there 19 times over the last two decades, providing humanitarian assistance in rural areas, sponsoring orphanages, and building 40 rural medical clinics.

A few years after I met Roger, he showed up for coffee one morning with his twin brother, Ron, who was in from Texas. By “twin,” I mean identical twin, and to make matters worse, they were on their way to a family reunion and sporting the same Marine jackets. To this day they look and sound identical!

You might recognize Ron’s name from his Friday Patriot devotional series titled “Men of Valor.” Though Roger and Ron are in their mid 70s, they are both incredibly energetic and would outpace most folks who are 25 years younger.

Ron and Roger both enlisted out of high school in 1965 at age 17, requiring their parents to sign off on their early enlistment. They left for Vietnam on the same day, Roger on a plane and Ron by ship. Ron did two extended tours for three years in country, one before the ‘68 Tet Offensive and one after Tet. He was enlisted for seven years before commissioning as an Infantry Officer. He spent three years at California’s Camp Pendleton as platoon commander of an infantry battalion, company executive officer, and company commander (as a first lieutenant), then finished a history degree before Officer Candidate School at Quantico, Virginia. After many other duty stations, Ron ultimately retired as a major after 22 years of active duty.

At about the same time Roger was recovering from his severe wounds, Ron was a sergeant with 2nd Battalion, 1st Marine Division (Rein.), FMF, Moo Bai District, Republic of Vietnam. It was on the night of 28 January 1971 that Ron stepped out of a command post to make a security check. He was struck in the back by what he quickly realized was an enemy ChiCom grenade similar to a German “potato masher.” He dove over that grenade to shield his nearby men.

Ron recalls: “The squad I was with had been through significant and successful small unit engagements for over a month. When I turned and saw the grenade and realized that there were six guys in the blast radius, I threw myself over it. I can tell you it was the comradeship of those guys in that moment that compelled me to instinctively do that.”

Fortunately for Ron, that grenade failed to detonate. If it had, he would have been nominated for a Medal of Honor, much as was the youngest living Marine recipient today, Kyle Carpenter, who dove onto a grenade to save his fellow Marines.

For his actions, Ron received the Navy and Marine Corps’ second-highest award for valor, the Navy Cross.

Ron says of his Marine career: “Serving with some of the finest people I’ve ever known is what caused me to remain in the Corps as Vietnam came to an end. I love my country and have great respect for my brothers and sisters in each of the service branches.” 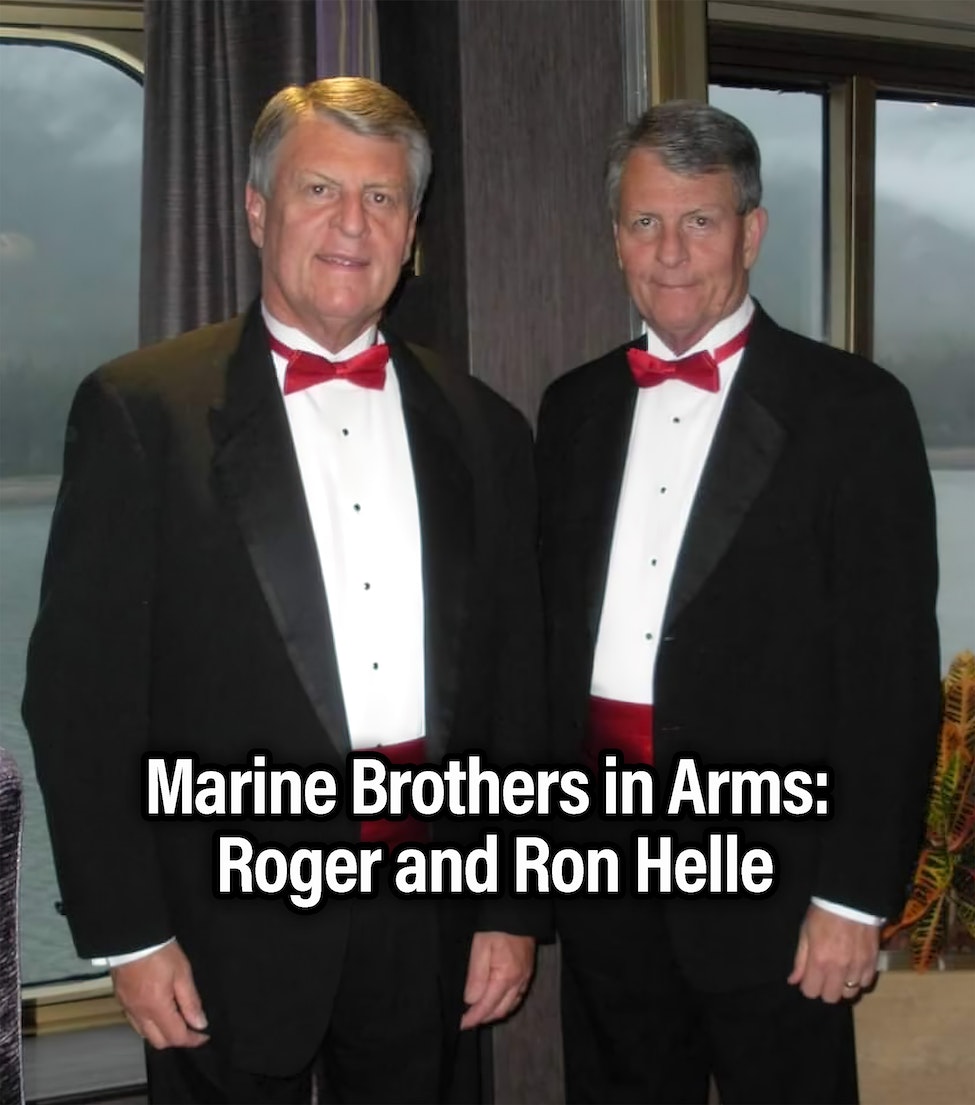 Each day of their lives, Roger and Ron both continue to honor their sacred oath “to support and defend” our Constitution and the Republic for which it stands. Their articles on the pages of The Patriot Post are imbued with that spirit.

I have written before how the word “hero” is grossly overused. Fact is, neither of these men would ever approve the title I chose for this column if I had asked. Knowing that, I didn’t ask — publisher’s privilege.

As you go through your day, never take for granted what has been sacrificed for you, and that there are extraordinary people in your midst.

And when confronted with what seem to be insurmountable challenges, “Give ‘em Helle!”

~~Reprinted with permission. Please see the original article here and leave him some comments!