Why does every dem administration weaponize the federal government against political foes?

BREAKING: As @elonmusk offers to buy the rest of @Twitter a legal source tells @FoxBusiness @SECGov and @TheJusticeDept have launched what he described as a “joint investigation” into a myriad of Musk regulatory issues primarily involving @Tesla https://t.co/TDFLED1XuI

Lot of white liberals and journalists are upset at the idea of an African American owning Twitter.

I made an offer https://t.co/VvreuPMeLu

Rocket Man starts the countdown to launch his $43 billion hostile takeover of the hostile social media company and make is a private company.

Now: @elonmusk offers to buy Twitter for $54.20/shr in cash
– 54% premium on Jan 28 closing price
– Musk: Twitter has extraordinary potential. I will unlock it
– Musk: Twitter needs to be transformed as a private co.

There are some dumb ass conversations on TV about @elonmusk bid- these people are missing the point. This is not about how he finances the deal. Are they deliberately avoiding the real point of this endeavor because it speaks to how the left has muffled free speech?

We’re Just Not Into You, Brandon:

What is one thing Joe Biden’s done to make your American life better? Because for 15 months he’s punished everyone and everything American while making every accommodation for illegal aliens and hostile foreign countries…

Who are the 33% who still approve of Biden’s job performance and do they have dementia?

Despite their disillusionment with Biden, voters under 35 aren’t becoming some big GOP constituency – the problem for Democrats is less that they’ll vote Republican and more that they’ll stay home.

(This ballot is from QPac survey that came out last week) https://t.co/udPguyX1UF pic.twitter.com/yz4K7vosi5

Well… maybe. Perhaps some have gotten a reality kick in the neo-socialist utopia thick head after 15 months of COVID mandates and paying 40% more for gas and everything, that’s if you can find anything.

Depends on what their changing interests are. Inflation, war, crime and drug epidemics tend structurally alter priorities. Culture issues wane. The 1970s brew of these ingredients gave a Reaganism generation so much that even Clinton was Reaganite-lite…

But old Brandon just continues to dig the hole deeper…

Joe’s Proxy War with Russia grows as he continues to throw bank-fulls of money at Ukraine without verifying if it’s going where it’s supposed to. Recall just months ago he failingly bugged out of Afghanistan, leaving $84 billion in military equipment behind for the Taliban. Allegedly it was ‘disabled’ but sure that some of the Taliban devils will be able to piece and parts some back into working order…

Most recent hard numbers I could find were for the last week of March and US had (officially) sent $1.8B and EU had sent £1B. So that was ~$3.1B. We are well over $4B at this point, and I’m sure the real number is higher. No doubt much is being sent off the books.

Shelby Talcott: Biden Authorizes $800 Million More In Military Assistance For Ukraine: The latest military assistance brings the total aid money given to Ukraine since the invasion began to over $2.4 billion…

Biden has approved another $800 million in weapons for Ukraine.

No, seriously, that really is not out of the realm of possibility here…

Justin Sink: Biden Gets Ahead of U.S. Policy Again With ‘Genocide’ Remark

Kyle Morris: State Department suggests Biden ‘genocide’ comment is his opinion and not a ‘legal’ determination: A team of international lawyers will determine whether Russia has committed genocide against Ukrainians 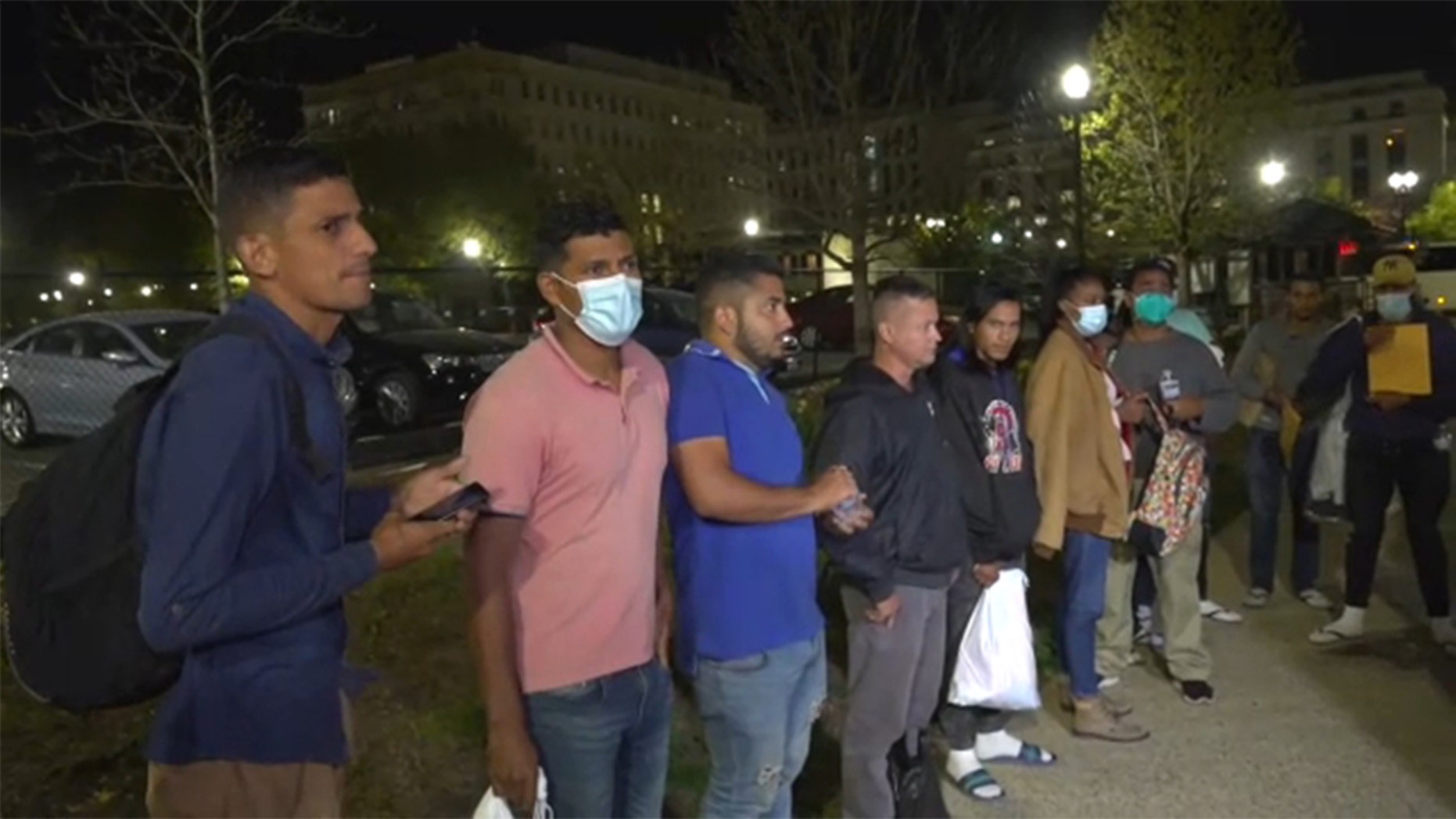 Again, while there seemed to be a few more females in the mix this morning it was still a majority young adult males. And look at the faces. These are definitely OTMs, and not necessarily from Hispanic countries.

VIDEO: Some Democratic lawmakers showing support for extension of Title 42

VIDEO: Texas rancher: ‘Washington and common sense do not play well together’. Kinney County prosecutor and rancher Brent Smith on the need for the federal government to do something about the crisis at the southern border as the second bus of migrants arrives in D.C.

Then There’s Hunter … There Will ALWAYS Be Hunter:

Search: Whitey Bulger, John Kerry and Hunter Biden (and Kerry’s step-son Christopher Heinz, while you’re at it.)
Corruption in this country is astounding. 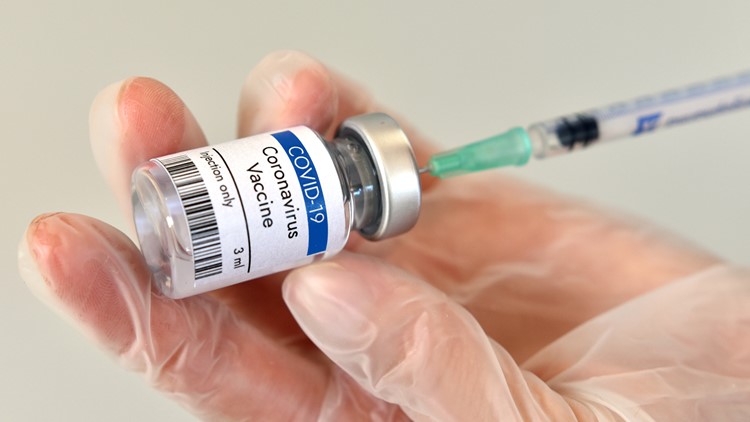 Lauran Neergaard: Pfizer to Seek FDA Approval for COVID Booster in Kids Ages 5 to 11. Pfizer says new data shows healthy 5- to 11-year-olds could benefit from another kid-sized shot. … “Pfizer says…” huh? In recent weeks or more the big pharma company has seen its COVID era profits drop as people have been “fully vaxxed” (according to the current ‘fluid’ CDC recommendations) and/or refuse anymore jabs. They are also facing parental refusal to exposed their children, and babies, to this experimental drug when children are shown to be on the lowest scale of danger with this China virus. And the more vaccine the company produces the more they push for it to be used, or take the loss.

Democrats during Trumps presidency: The world is laughing at us.

Agencies that combine enforcement and adjudication — as many do — are unconstitutional. But convenient for the government.

I posted this last week, but this story has gotten surprisingly little coverage so I’m posting it again. Understand: The “prosecutors” at the SEC illegally accesssed files belonging to the “judges.”

This raises serious questions about the trustworthiness of the SEC, and demands an outside investigation with subpoena power.

Stephen Kruiser: The Morning Briefing: Hey FBI, We’re Running Low on Those White Domestic Terrorists You Keep Warning Us About

Victoria Taft: Feds Apologize to Violent BLM and Antifa Rioters for Not Being Nicer to Them as They Set Fires in Front of White House

Brie Stimson: Russia makes nuclear threat to Sweden, Finland over NATO consideration: Medvedev’s warning came as Sweden and Finland seem closer than ever before to joining the Western alliance

⁦@IlhanMN⁩ has said living in the USA is “an everyday assault. Every day, a part of your identity is threatened, demonized, and vilified.” Now she is discovered how profitable it is to live in the United States! #GoodGrift https://t.co/e34z78HuPu

cnet: Amazon to Start Charging Sellers 5% ‘Fuel and Inflation’ Fee, Reports Say: The e-commerce giant is facing increased logistics costs, and said the surcharge is in lieu of a “permanent fee change.”

Timothy H.J. Nerozzi: Dianne Feinstein’s memory fading and she may no longer be fit to serve, senators say: Lawmakers reportedly question mental capacity of Sen. Feinstein, 88, but refuse to identify themselves … Worse than Pelosi? Worse than Biden? Worse than many of the elitist career DC swamp dinosaurs (both sides of the aisle and both houses) in the US Congress?