President Trump’s transparency via Twitter posts regarding his position on trade deficits with China, Mexico and Canada have kept not only Americans, but the world, abreast of his plans to literally Make and Keep America Great.

In November of 2017 our president began to sidestep the mainstream media to deliver his undiluted messages to the people by using his @realDonaldTrump Twitter account, consternating both sides of the political aisle. 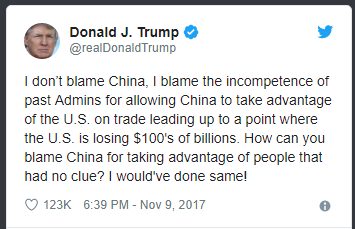 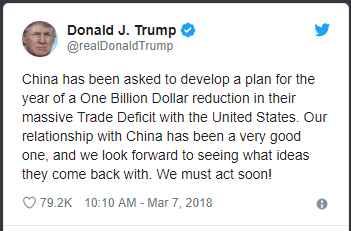 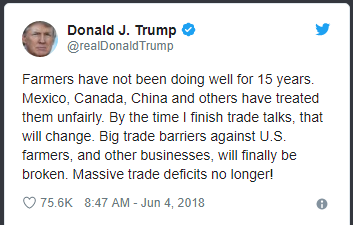 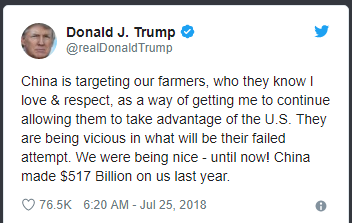 After suffering under the previous administrations’ apparent inability to make fair trade deals with foreign nations that benefit both parties, farmers and companies who export their goods have stepped up to support President Trump’s plans on evening up the disparity of US and countries like China.

In July 2018, the United States Department of Agriculture (USDA) authorized up to $12 billion in programs to offset the $11 billion impact USDA economists say U.S. producers have felt since China implemented tariffs on a number of U.S. products.

“Unfortunately, America’s agricultural producers had been treated unfairly by illegal trading practices by China and, as I said, other nations. We know because we are an exporter of surplus in agriculture, because of the productivity of our American ag, producers have taken a disproportionate hit when it comes to unjustified retaliatory measures and tariffs. We frankly knew that would be the case, and that’s what’s happened.” stated Sonny Perdue, US AG Secretary

Every five years, Congress has passed temporary legislation that sets national agriculture, nutrition, conservation, and forestry policy which is commonly referred to as the “Farm Bill”.

But under the Trump administration things have changed. The December 2018 Farm Bill now provides permanent funding for US Farmers and Ranchers. 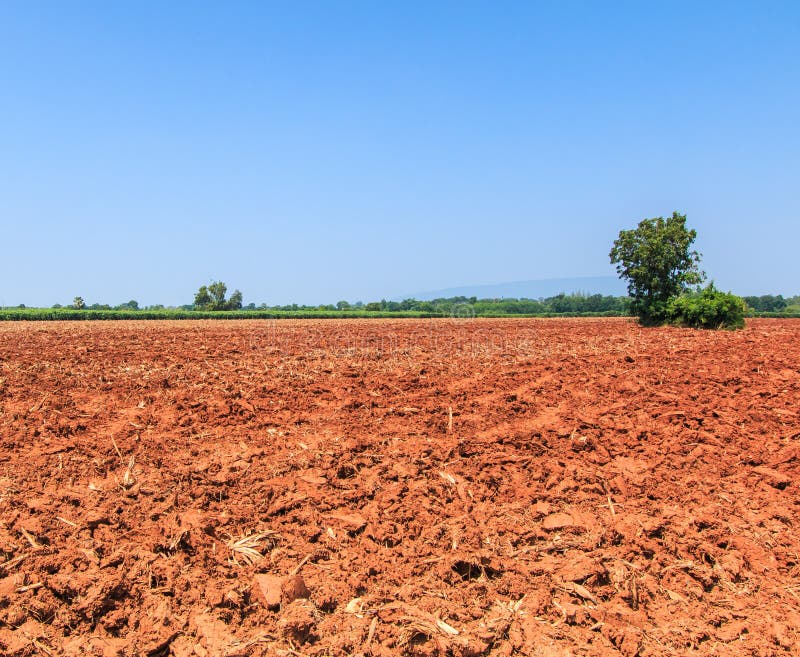 This bill strengthens the farm safety net, loosens farm subsidy rules, and legalizes industrial hemp as a crop.  It also includes maintaining a strong crop insurance system and more funding for rural broadband. Trump also said that “much more work remains to be done” on welfare reform and cited a regulation unveiled early that morning by Agriculture Secretary Sonny Perdue to restrict states from waiving the usual 90-day limit on food stamps (SNAP) to able-bodied adults without dependents. (ABAWDs)

Facing demands from farmers and ranchers to complete the bill in the face of steep declines in commodity prices due to the trade dispute with China, the Congressional negotiators paved the way for the $867 billion Farm Bill which was passed in Congress with strong bipartisan support.

The bill used a baseline which had been set by the Congressional Budget Office under existing spending levels over the next 10 years, which means it will not increase the federal deficit from prior projections.

“The negotiators appear to have achieved a bipartisan compromise that maintains and modestly strengthens SNAP, ensuring that millions of struggling Americans will continue to be able to count on SNAP to help them put food on the table,” Robert Greenstein, president of the Center on Budget and Policy Priorities, a left-leaning think tank, said in a statement.

The National Accuracy Clearinghouse would prevent individuals from receiving food stamp benefits in multiple states and yet will not restrict families’ food stamp benefits.  Federal funding of $48 million has been cut from a state award program for high performances related to program access and payment accuracy, and the savings will be funneled back into food banks and other nutrition assistance programs.

The 2018 Farm bill did not bind President Trump on the issue of food stamps.

After the bill passed the House, Agriculture Secretary Sonny Perdue stated, “The passage of the 2019 Farm Bill is good news because it provides a strong safety net for farmers and ranchers, who need the dependability and certainty this legislation affords.”

Senator Charles Grassley (R-Iowa), one of only two farmers serving in the Senate, who also serves on the Senate Agriculture Committee, voted against the bill due to its expansion of federal subsidies to extended family members of farmers even if those relatives do not directly work on the farm.  Grassley said, “I’m very disappointed the conferees decided to expand the loopholes on farm subsidies, I’ve been trying to make sure the people who get the subsidies are real farmers. … I’ve been trying for three years, and it gets worse and worse and worse.” 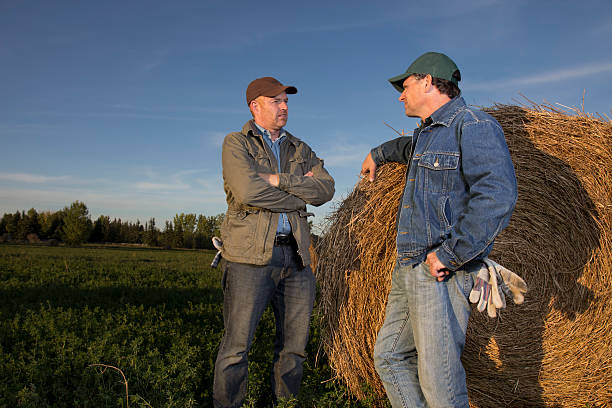 In May of 2019, Trump approved another $16 billion agriculture bailout.

The trade assistance package would send $14.5 billion in direct payments to farmers per the U.S. Department of Agriculture.

The president knows “that because of the agricultural trade surplus, our farmers, producers and ranchers will bear the brunt of these trade disputes disproportionately,” and, “I cannot recall a president that’s been more concerned about farmer and agricultural well-being and long-term profitability than President Trump,” said Sonny Perdue.

“While another round of financial assistance may help keep some farms in operation, our members have made one thing very clear — they prefer trade over aid,” said Craig Hill, president of the Iowa Farmer Bureau Federation.

“As the cost of running our farms continues to rise, to remain sustainable, farmers need access to global markets for their products, and securing trade deals will have a much larger and long-term on-farm impact than temporary aid,” Hill, a pork producer near Milo, said in a statement.

“Farmers across the country are struggling. Wet spring weather, trade disputes and tariffs and demand destruction in the ethanol market are forcing farmers to make difficult decisions,” said Lynn Chrisp, a Nebraska farmer and president of the National Corn Growers Association board. Desmoines Register

According to the U.S. Department of Agriculture, Chinese imports of American agricultural goods have dropped over 50% from $19.5 to $9.2 billion.

“We should all keep our eyes on banks throughout the US, but especially those in the Midwest and Texas.  Throughout the US, there are about 1,315 farm banks, which is about 25% of all Federal Deposit Insurance Corporation (FDIC) banks. According to FDIC data, agriculture loans held by FDIC-insured institutions total about $184 billion.”

“According to the FDIC’s 2019 Risk Review, “A slowdown in the agricultural economy is an important risk to the FDIC, because farm banks are a large source of financing for the agriculture industry and represent about one-fourth of banks in the United States.” Of particular concern should be community banks, which hold almost 70%, ($127 billion) of total agriculture loans. Importantly “Eight percent of all banks and thirty-one percent of farm banks hold a concentration of agriculture loans above 300 percent of total capital.” While bank exposure to agriculture lending is very concentrated in the Midwest,’ there are also agriculture-exposed banks in Texas, Gulf Coast states, and Pennsylvania.” Forbes

“China exports of farm products to the U.S. are much smaller than what it imports from America. China shipped $3.1 billion worth of farm goods to America in the first half of this year, while it purchased $5.6 billion of U.S. agricultural items over the same period, according to Chinese customs data.

China has other sources of supply for agricultural crops anyway and is increasing its purchases from Brazil and Argentina, leaving U.S. farmers with rising inventories and lower prices. Chinese purchases of Brazilian soybeans last year surged after Beijing slapped 25% retaliatory tariffs on imports of U.S. agricultural exports.” Market Watch

Just last month a threat was made to a US Department of Agriculture employee just before the Pro Farmer Midwest Crop Tour of corn and soybean crops. Although the threat wasn’t made by anyone in the Pro Farmer group, the USDA decided to pull all its staff from the tour as a precaution. The group is comprised of farmers, reporters and agribusiness interests scouting crop progress, according to Hubert Hamer, administrator of the USDA’s National Agricultural Statistics Service.

“Federal Protective Services were contacted and are investigating the incident,” Hamer said, “The safety of our employees is our top priority.”

“The USDA’s data arm has been the subject of ire in recent months after it issued crop estimates that surprised traders and growers who had expected the agency to significantly reduce its outlook after rain delayed planting. Corn prices plunged last week on planting data that was higher than analyst expectations. The USDA had already been criticized for its June estimates and took the unusual step of re-surveying farmers to get a more accurate number.” LA Times

Farmers across the US are experiencing losses due to not only our trade war with China but also due to the last few years of weather extremes. Issues such as drought and flooding have delayed planting of crops or ruined crops already planted and farm net income has been declining. This year Wisconsin leads the nation in farm bankruptcies, although the gap is closing in on them.

“Ohio is particularly resilient and has not seen the massive increase of farm bankruptcies that some states have. In Nebraska and Kansas, land values have been on the decline for the past three years, which has contributed to an increase in farmers filing for bankruptcy. The value of land is the biggest factor that influences farm bankruptcy filings because a lot of people use their land as an asset against debts.” according to Robert Dinterman of  the Ohio State University College of Food, Agricultural, and Environmental Sciences (CFAES).”  Ohio Country Journal

There is no doubt that the 2018 Farm Bill has provided needed relief for farmers, and will continue to support the smaller family farms to enable them to move forward into a brighter future. Once the trade deals with China and other countries have been settled to both parties satisfaction, our U.S. farmers future will be much brighter. The uncertainty of weather and politics should not stifle our farming communities’ ability to produce quality crops and to sell them at a fair price. Our country is known as the breadbasket of the world and our farmers are the backbone of the U.S.A.

President Trump has made the farmers and related corporations like John Deere a priority for his administration.

“On every front, we are fighting for our great farmers, our ranchers, our growers.” President Donald J. Trump

President Trump negotiated the USMCA with Mexico and Canada deal for American farmers and ranchers. This agreement sits waiting for Congress to pass it. Meanwhile, our agricultural community soldiers on in the hopes that our elected lawmakers can see past their differences for the good of not only themselves but for the U.S. and the world.