July 19, 2020 – The Times of London has reported that Chinese Telecommunications and espionage juggernaut Huawei quietly purchased a 20% stake in the British Artificial Intelligence (AI) firm Vision Semantics, between October of 2018 and October 2019.

Huawei, which was last week barred from Britain’s 5G mobile network, has been snapping up stakes in some of Britain’s most promising tech companies.

There are serious concerns about Huawei, and its connections to the Chinese Communist Party (CCP). 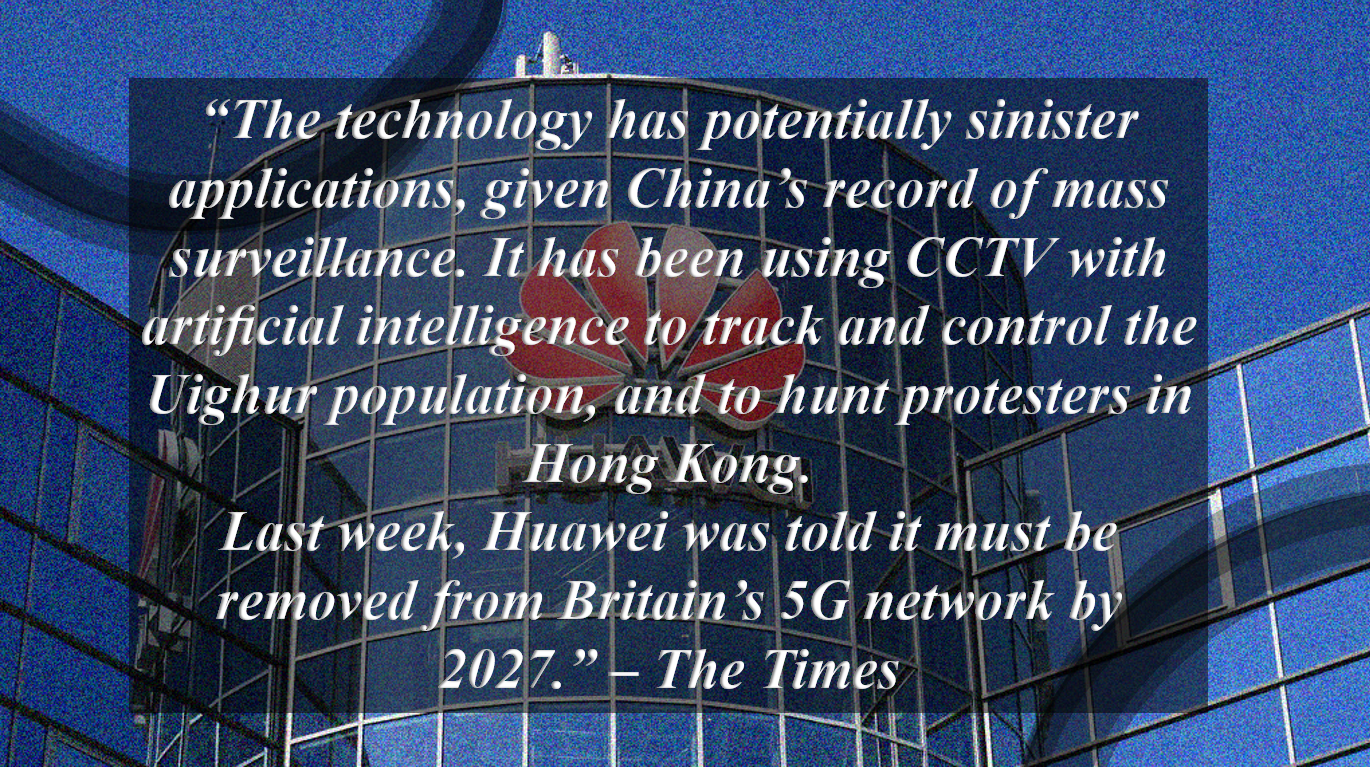 U.K. Bans China’s Huawei From Its 5G Network After Months Of Pressure From Trump Admin https://t.co/twyi0wDovo

Last week, after what they claim was a months-long “pressure campaign” from the Trump Administration, the UK announced a ban on China’s Huawei from its 5G network .

Huawei 🇬🇧 director claims Huawei is independent from CCP and is a private company, yet avoids every question criticizing the CCP's actions in Hongkong. Ultimately proving they're indeed linked with CCP.@BoycottHegemony https://t.co/TAYMpLBVT6

The “ban” appears to be symbolic only, as Huawei still has its tentacles in other companies allowing the CCP the access it desires. This is not to mention the million dollar Huawei tech center planned for the Imperial College London, the same college whose flawed COVID19 study by Neil Ferguson led to harsh lock-down measures. 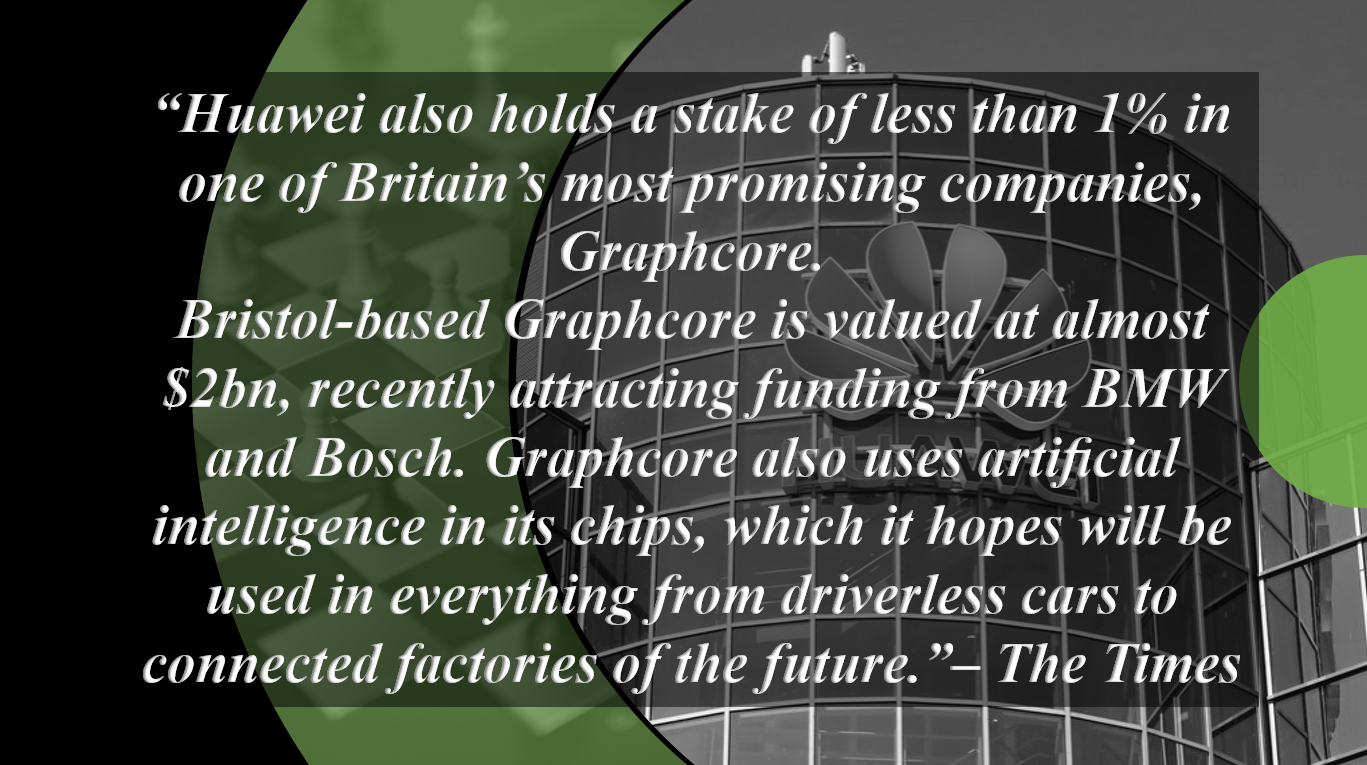 Since the announcement of the ban, Huawei has been buying up stakes in Britain’s best technology companies.

As the Telegraph reports today, the CCP and Huawei continue their malign efforts to infiltrate every industry and the UK’s university system to influence the hearts and minds of children, the future generation.

Huawei is one of seven companies that have been identified as having ties to the CCP. We have also learned from a recent speech by Attorney General William Barr that China represents the biggest threat to the western world since World War II. 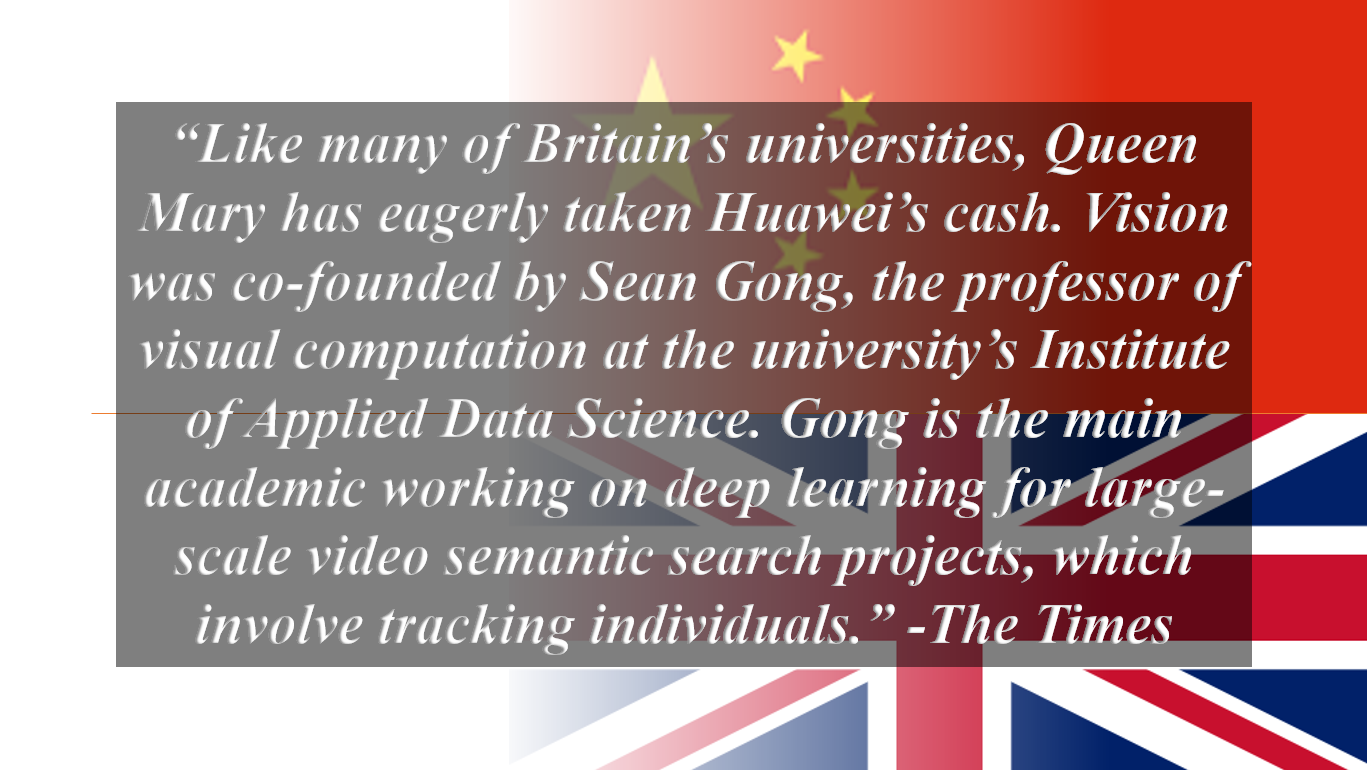 Here are some of the more disturbing aspects of Vision Semantics. This is important because we know China has a goal of being able to monitor every person on the planet, in real time. As you read the following, ask yourself: is this something that the Chinese Communist Party (CCP) should be able to access? From their website:

Does the CCP need access to this kind of technology in the UK? Do they need the ability to find people in time? WHY? 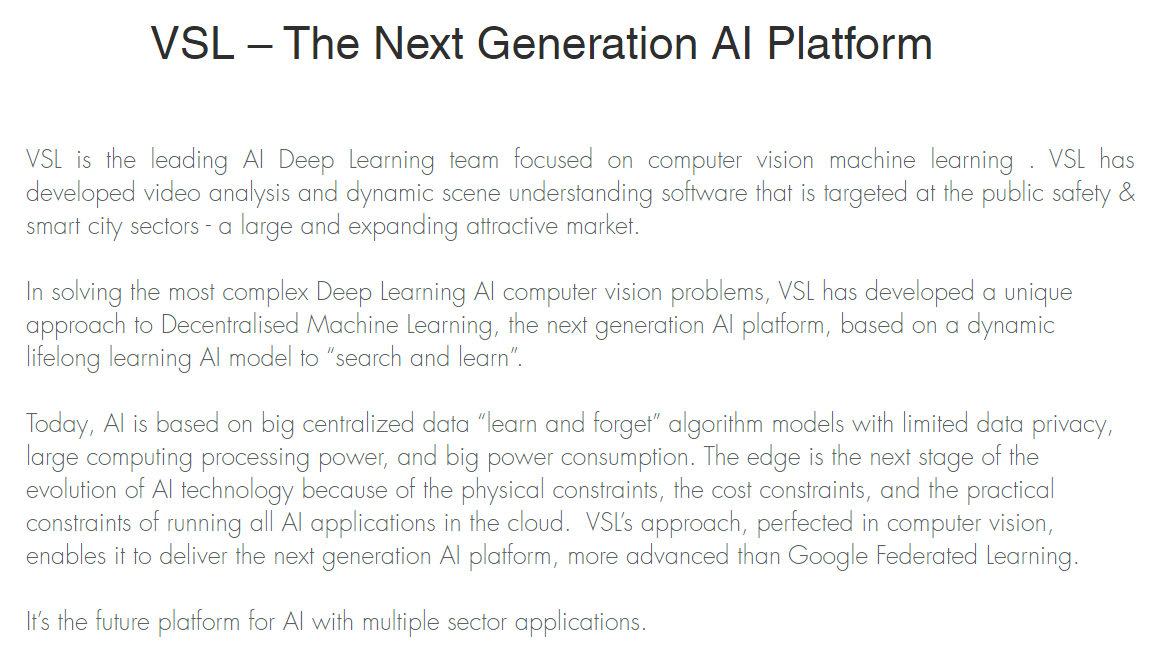 Does the CCP need access to the “next generation AI platform”? 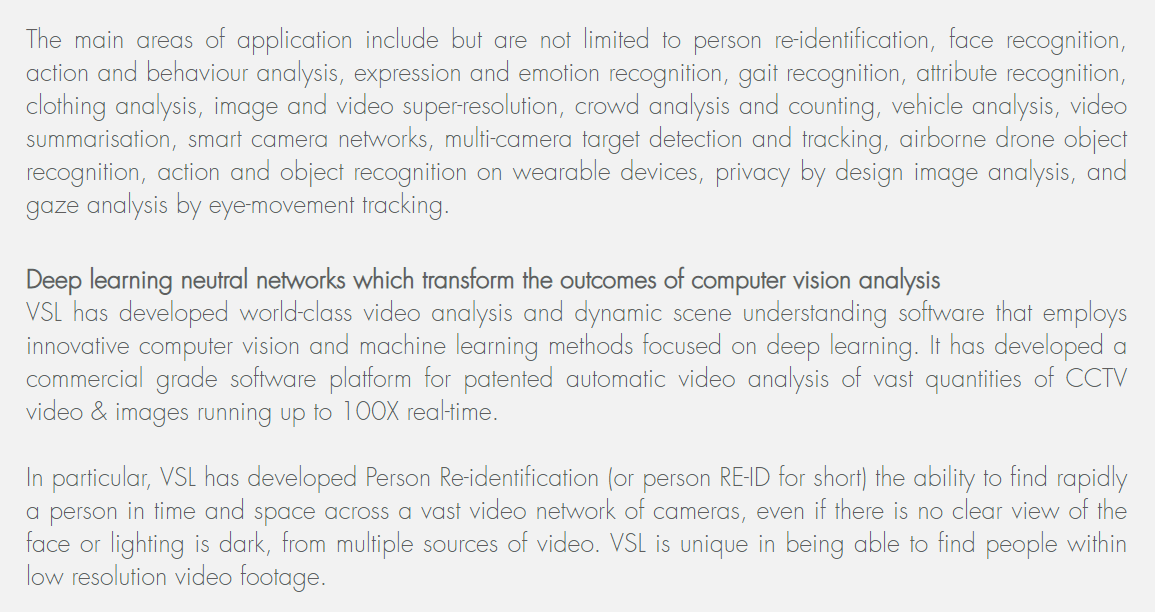 Does the CCP, and probably the biggest violator of human rights in the world today really need access to this kind of technology, especially if it is tied into western companies and intelligence agencies?

Why would we want the CCP to have access to a world wide trackable database? Isn’t this simply collaboration with our enemies? Giving them information on citizens in other countries is not a good idea.

The United Kingdom has the most CCTV cameras per square mile than any other country although Communist China is attempting to beat them. This is about the next surveillance grid that China wants to penetrate from the ground up. 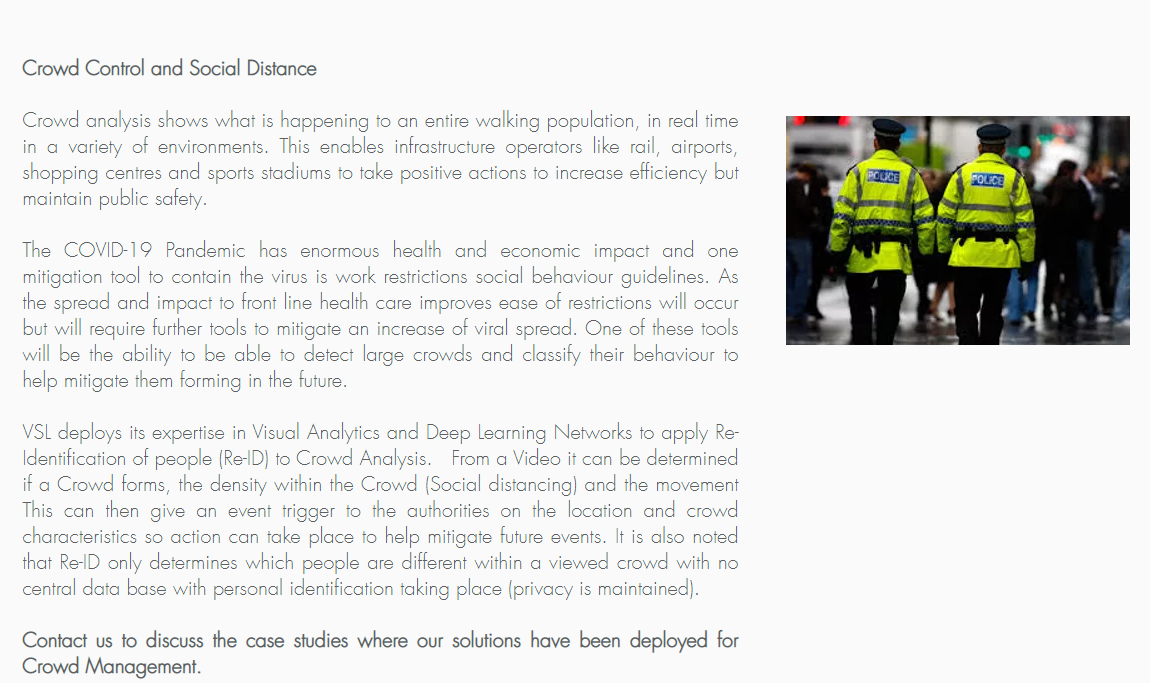 I have warned about Huawei’s 5G having the potential to be weaponized as it uses the same frequency as Pentagon crowd control.  Vision Semantics employs Artificial Intelligence for this purpose. 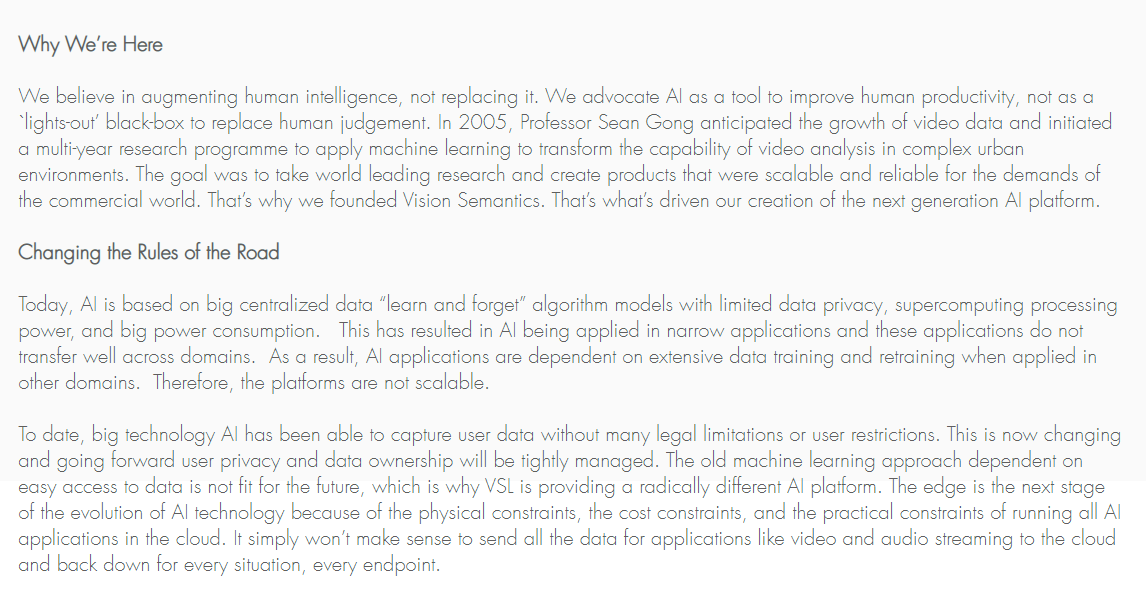 This is from the “unique” section of the firm’s website, which describes what makes them different than other tech companies, elements which provide the big draw for Huawei. 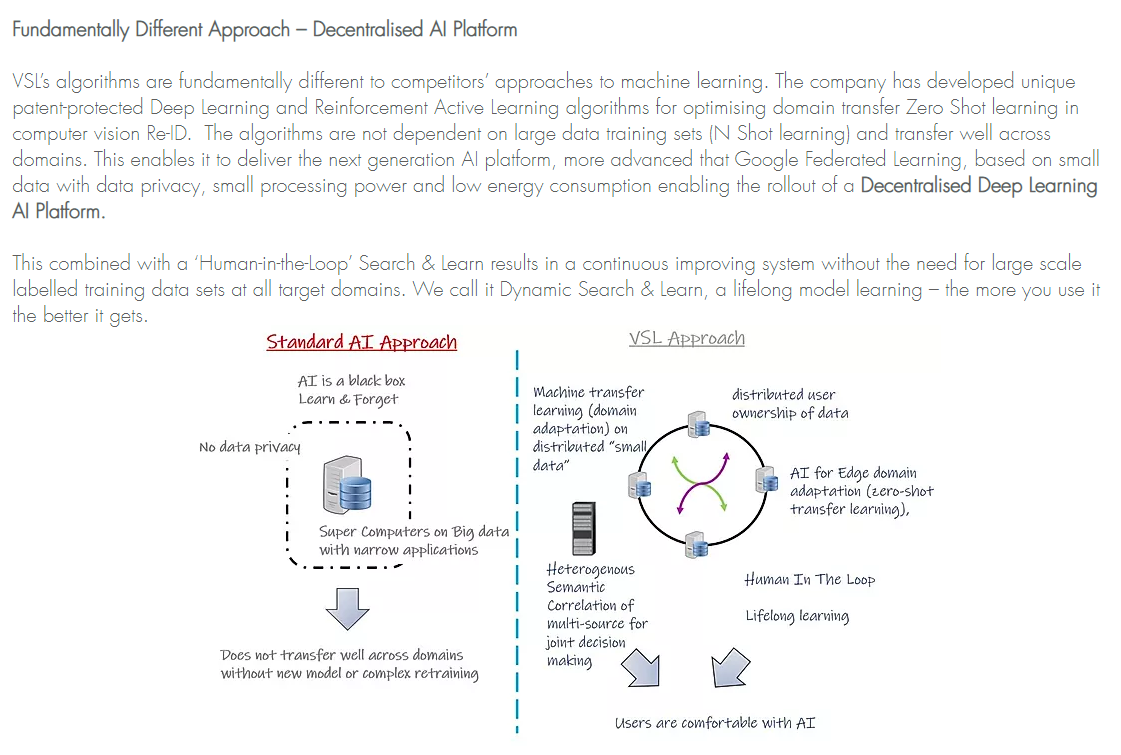 This would give China access to all this information and decentralized data analysis. 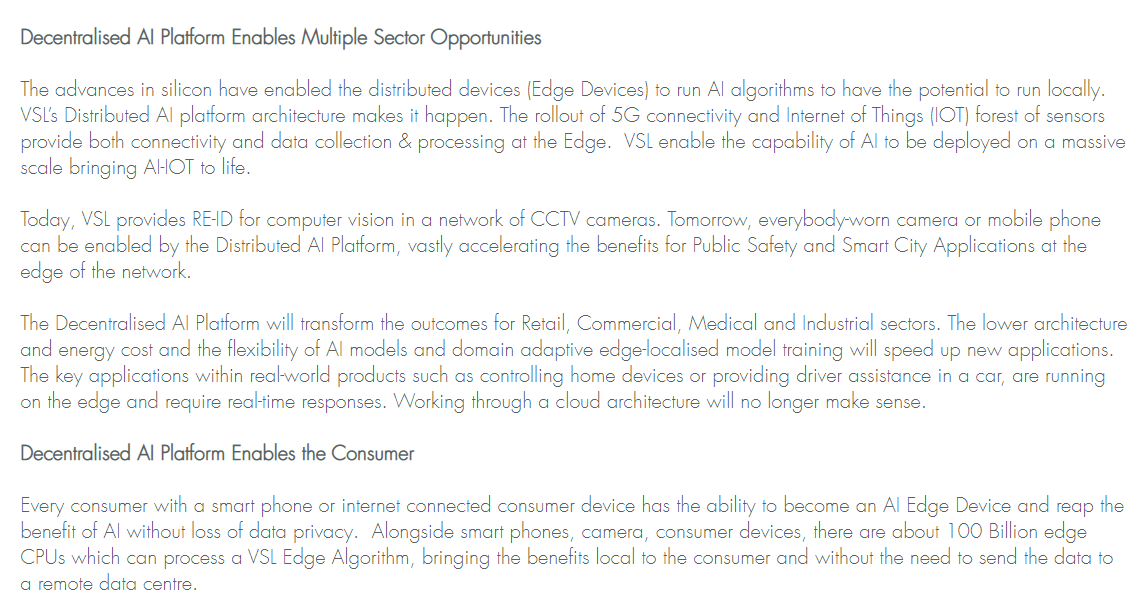 This would be used in retail, commercial, medical and industrial sectors, providing unprecedented access to China. 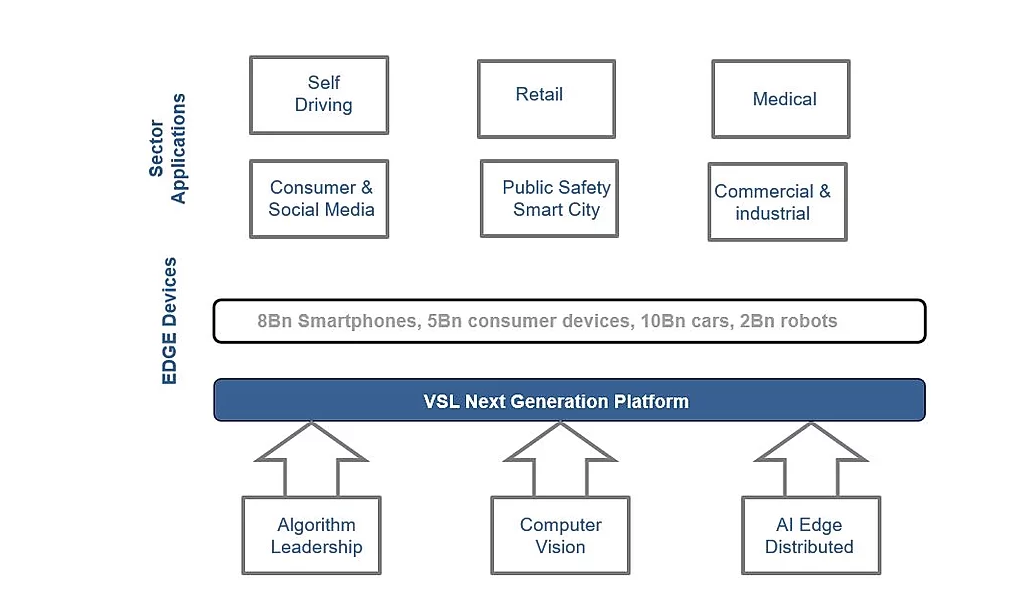 Then, we look at some of the detail from the “solutions” page.

This could bring China into the Smart Cities in the UK.

Finally, Huawei and by extension, the CCP, would have access to crowd scanning and social media scraping technology. Huawei has also gained a small stake in Oxford Sciences Innovation (OSI), a company that turns research from Oxford university into profitable businesses. Through that stake, Huawei has oversight of its companies and intellectual property. OSI has a stake in “Vaccitech” which came from Oxford research, and which is developing a vaccine for Coronavirus for the UK. This essentially means Huawei has a stake in Vaccitech, and any vaccine it brings to market.

This could pose a problem for the United Kingdom, if they wish to remain a partner in the Five Eyes intelligence sharing alliance. The United States has made clear they do not want any Huawei products being used by any member nation of the intelligence sharing partnership and for good reason.