Governor Gavin Newsom declared a “State Of Emergency” for the state of California due to wildfires and high winds.  Both Northern and Southern California residents have been placed under warnings until Monday.  Most warnings are given for Wildfires, Wind Advisory and Red Flag Warnings.  PG&E plans to turn off power from an estimated 940,000 customers (2.3 million people) across California.

It is critical that people in evacuation zones heed the warnings from officials and first responders, and have the local and state resources they need as we fight these fires,” said Governor Newsom.  More

Among the many fires that have broken out across California, in Sonoma County, the Kincade Fire has caused between 180,000 to 200,000 people to be evacuated.  The Kincade Fires destroyed 77 buildings including 31 homes.  Evacuations started on Saturday and are continuing on Sunday.  More updates can be found on ABC10.  More

Those under Red Flag Warnings can expect the potential start of fire, downed trees, and power lines from strong gusty winds up to 60 mph, according to weather reports.

Latest California Updates on Watches, Warnings and Advisories can be found on NOAA. 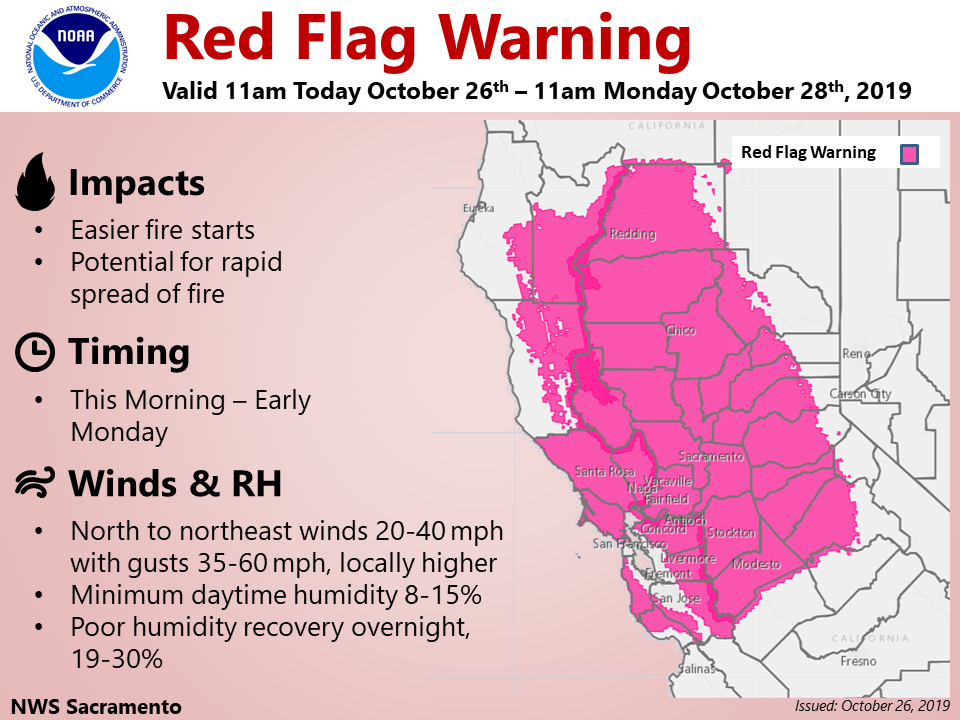