June 14, 2020 – Today we celebrate not only the birthday of our Commander in Chief, Donald J. Trump, but we also celebrate 245 years of the U.S. Army.

“We sleep safely at night because rough men stand ready to visit violence on those who would harm us.” – Winston S. Churchill

In 1777, the Second Continental Congress adopted the first version of our flag 🇺🇸, and today we celebrate Old Glory on #FlagDay. How are you celebrating the Stars and Stripes? #KnowYourMil pic.twitter.com/HsmVdB8Lqo

I wish our incredibly rich, wonderful American history was taught in our public schools. The rioting, looting and deaths we are witnessing today in urban areas occur in part because of this inexcusable educational failure. Marxist professors have been allowed, even encouraged to re-write America’s history. To all those Americans who have put everything on the line for this great nation, this is an offensive insult. You dishonor their legacy and memory when you disregard the accomplishments of the greatest force for good this world has known. Distorting or ignoring American history is a disgrace to all those who gave the last full measure of devotion. 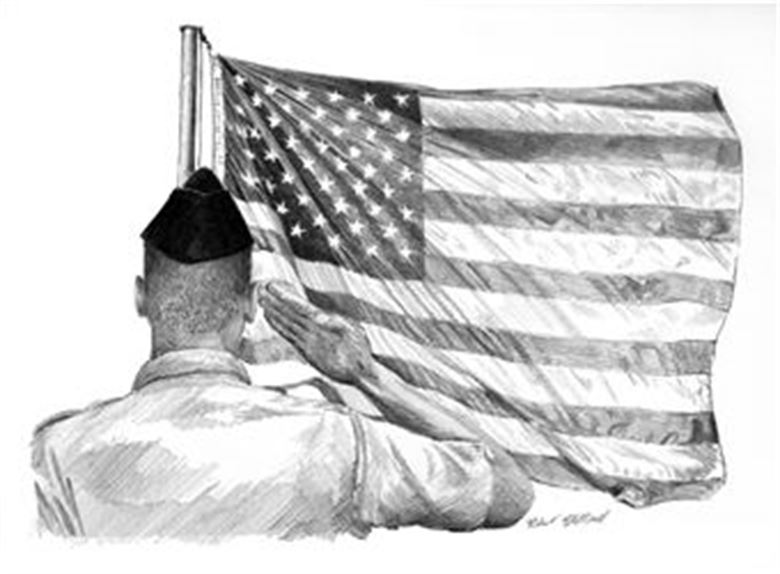 "You became brothers & sisters pledging allegiance to the same timeless principles, joined together in a common mission: to protect our country, to defend our people, & to carry on the traditions of freedom, equality & liberty that so many gave their lives to secure." pic.twitter.com/alvNUQgL8x

These are the finest men and women our country has to offer. They serve silently, they do not demand our praise, they are not swayed by vainglory. They are selfless.

America is better for having you as @POTUS, @realDonaldTrump!#HappyBirthdayTrump pic.twitter.com/Rv1eD10sqA

Errol Webber, Congressional candidate for California’s 37th district, tweeted out his support for our President today.

Today, we recognize 245 years of bravery, commitment, skill and answering the call to serve.

There is a boat parade today, in honor of President Trump’s Birthday!

This week the Army marks its 245th year of service to our great nation.

This is a beautiful way to honor our service members and their families today.

Happy birthday to the Commander in Chief, @realDonaldTrump. #DYK the @POTUS and America’s Army share the same birthday? #ArmyBDay pic.twitter.com/SYWRgkRvYv 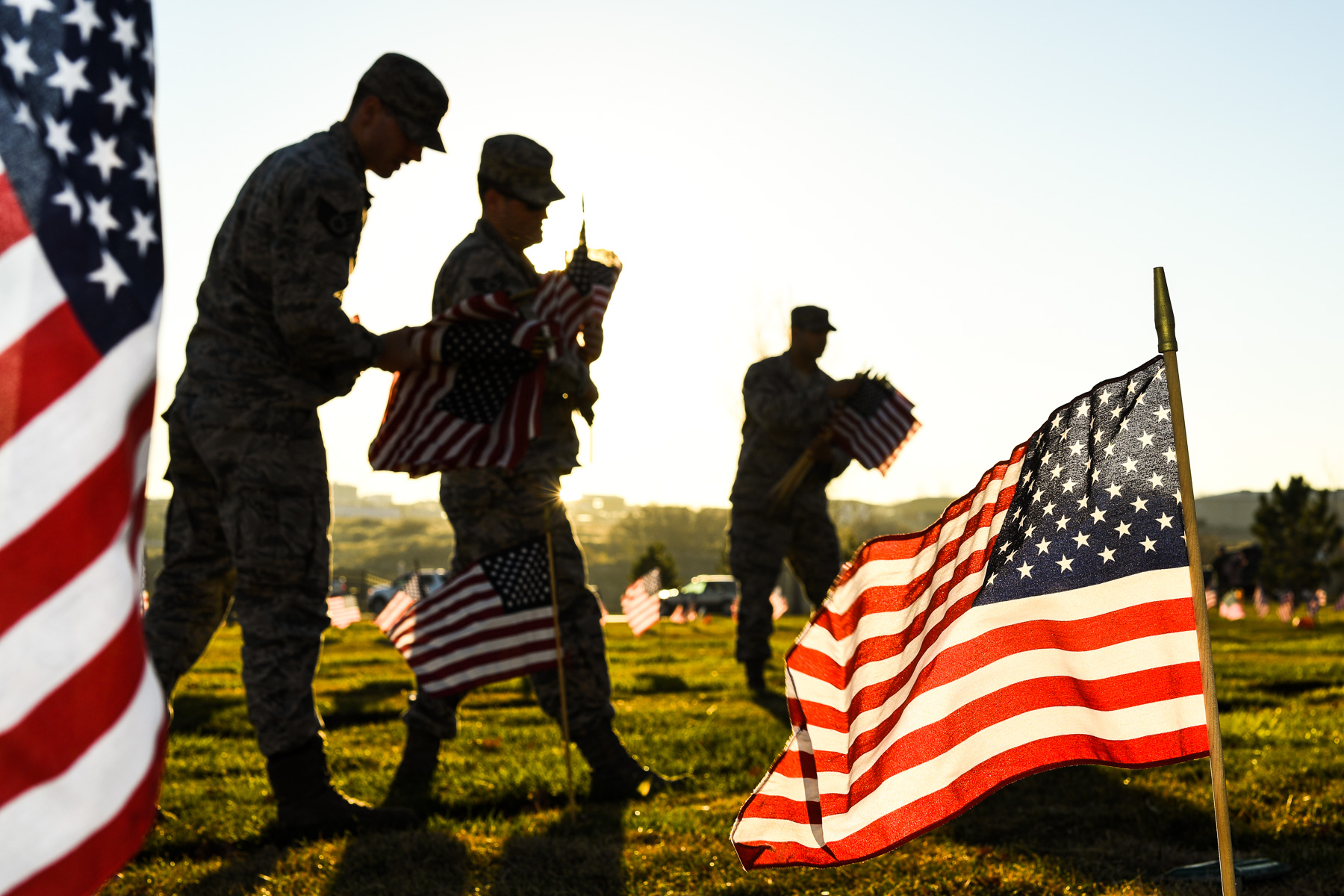 We have such a diverse army and country and yet, the amazing journeys and victories they achieve do not get highlighted by the history departments in our schools.

This flag is worth standing for, fighting for and even dying for in defense of the greatest nation in the history of the world. #flagday2020

…and a very Happy 245th Birthday to @USArmy! Proud to still serve to this day in the greatest Army in the history of the world. pic.twitter.com/fdwL6wAfgN

Rep. Lee Zeldin tweeted how proud he was to have served in this nation’s army, and how he believes this flag is still worth fighting for.

My best wishes to all soldiers and Army veterans at home and abroad on the occasion of the @USArmy’s 245th Birthday! May we continue to live the values of loyalty, duty, respect, selfless service, honor, integrity, and personal courage. Hooah! #GoArmy pic.twitter.com/5HvZ6KMdaR

Secretary of State, Mike Pompeo tweeted today that the title he is most proud of, is one of soldier. He spoke of his time at West Point Academy and how important it is to our Army.

Secretary of Defense, Mark Esper tweeted a message today for the 245th Birthday of the U.S. Army.

The Department of Defense commemorated the Army’s 245th Birthday by honoring the fallen in a beautiful and classy wreath laying ceremony at Arlington National Cemetery, were rioters recently defaced tombstones.

This week, the Army marks its 245th year of service to our great nation.

More history that is not being taught to our children. This is something that needs to be rectified. The Secretary of Education must see to it that our children are taught the truth about the founding of this country and not simply being indoctrinated to be a Marxist agitator.

Happy 245th Birthday to the @USArmy!
Standing before our flag & administering the oath of enlistment to my troops, who knew they were going back into the fight, was the privilege of a lifetime.
It was an honor to serve our nation & I was blessed to serve in the company of heroes. pic.twitter.com/UZYDiHxjtn 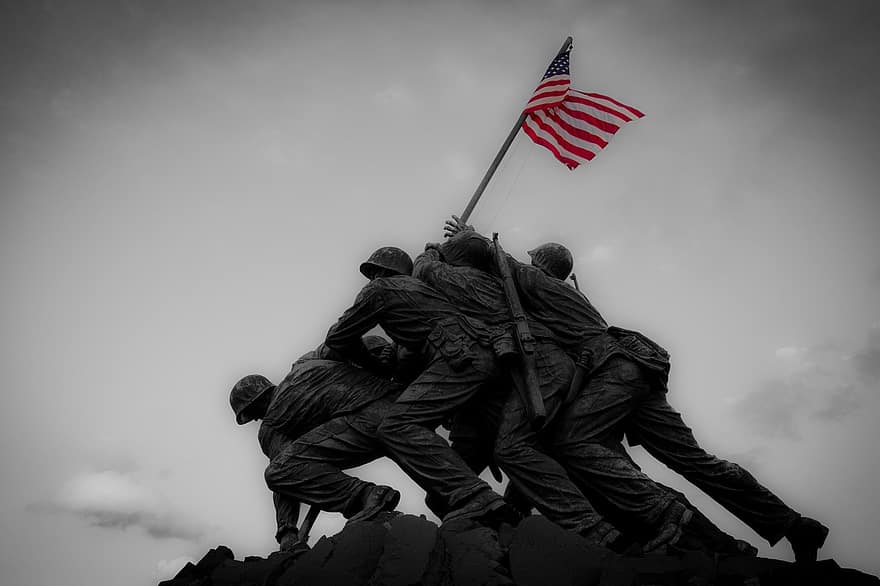 We need to make sure our elected representatives honor these soldiers and the immense personal sacrifices they have made to ensure we continue to have the freedoms we enjoy.

"Our @USArmy has served this nation in war & peace w/ distinction as a beacon of freedom..To the 1.2 million men & women of the #USArmy serving around the globe today…Thank you for your service & what you do for our great nation." #GenMilley

Let’s hope that General Milley has that same devotion and loyalty to the current Commander in Chief, and does not try to publicly encourage any kind of mutiny, or make a statement that could be twisted to imply such.

Office of the Press Secretary

Presidential Message on the 245th Birthday of the United States Army pic.twitter.com/hCTZVLfXeh

A message from President Trump on the 245th Birthday of the U.S. Army.

Believe it or not, that quote is from back in 2004 although it feels perfectly relevant today.

‘That person means more to you than anybody,’ a soldier said. ‘You will die if he dies. That is why I think that we protect each other in any situation. I know that if he dies, and it was my fault, it would be worse than death to me.’  – Anonymous Combat Veteran, on why the combat soldier fights.

I am an American Soldier.

I am a warrior and a member of a team.

I serve the people of the United States, and live the Army Values.

I will always place the mission first.

I will never accept defeat.

I will never quit.

I will never leave a fallen comrade.

I am disciplined, physically and mentally tough, trained and proficient in my warrior tasks and drills.

I always maintain my arms, my equipment and myself.

I am an expert and I am a professional.

I stand ready to deploy, engage, and destroy, the enemies of the United States of America in close combat.

I am a guardian of freedom and the American way of life.

I am an American Soldier.

It is important to keep in mind, the United States has never fought a war of conquest. The Revolutionary War was fought to obtain freedom from a tyrant, and the Civil War was fought to end slavery. The American soldier understands that freedom is sacred and they are willing to pay the ultimate price to defend that freedom. That is virtuous and we owe them everything. On this birthday of the U.S. Army, it is important that we remember that enduring legacy.

I recommend today you remind yourself of the cost of the freedoms you enjoy. Here are some of my favorite pieces that remind us what it means to be a soldier and to defend America:

I hope you find them as fascinating, amazing and inspiring as I did!

How come George Floyd didn’t call out cops name who he knew for 17yrs?