June 11, 2021 – It is time again for one of my book recommendations, and I think this wonderful book would make an excellent read this weekend. It is quite a long book, so it may take you more than a few days to read it. It is packed full of wisdom anyone who enjoys history and philosophy will truly appreciate Christ the Eternal Tao by Hieromonk Damascene.

Hieromonk Damascene was originally a Buddhist who considered himself a follower of the Zen tradition. Nonetheless, he still felt an emptiness, something missing in his soul. All that changed when at college he met a group of Eastern Orthodox Christians at U.C. Santa Cruz. They invited him to listen to a lecture by the legendary Father Seraphim Rose, an amazing scholar and priest. After this meeting, Father Damascene made many pilgrimages to Fr. Seraphim’s monastery in the secluded Northern California wilderness. Through these visits, he learned the truth about God and he developed a dialogue with Father Seraphim, which ultimately led to Fr. Seraphim becoming his Spiritual Father. These experiences led Fr. Damascene to write Christ the Eternal Tao. Father Damascene sought, with this book, to create a new way of seeing Christ and to provide a new language to express His message.

“There exists a Being undifferentiated and complete,
Born before heaven and earth.
Tranquil, boundless,
Abiding alone and changing not,
Encircling everything without exhaustion.
Fathomless, it seems to be the Source of all things.
I do not know its name,
But characterize it as the Tao.”

“Christ the Eternal Tao” looks at the work of ancient wisdom by Lao Tzu, the Tao Teh Ching, and presents it alongside parts of scripture and the revelation of Jesus Christ. Arguing that Lao Tzu was himself a eastern prophet of the incarnate God, the juxta-positioning examines his work as a foreshadowing of what Christ would reveal.

Comparing the New Testament with the Tao Teh Ching and presenting it through the eyes of Lao Tzu, creates a whole new meaning. I think the book demonstrates a definitive connection between the two, and then it goes on to provide a breakdown of that history of revelation.

It delves into the mystery of the Holy Trinity or “Triad” and offers modern advice from Eastern Orthodox teachers and monks. It is an incredible study in comparative religion that looks at whether the two are compatible.

Hieromonk Damascene believes the two concepts of  the Logos and Tao too similar to be a coincidence. He believes that ultimately these two things were striving towards the same understanding and ultimate reality. However Father Damascene does confirm that Christians have a firmer understanding of the concept, but he does not condemn Taoism as it was formulated before Christ’s incarnation. Thus they were grasping at a reality that they could only understand through observation, contemplation and self examination.

Here are some excerpts from the book that I think you will find intriguing: 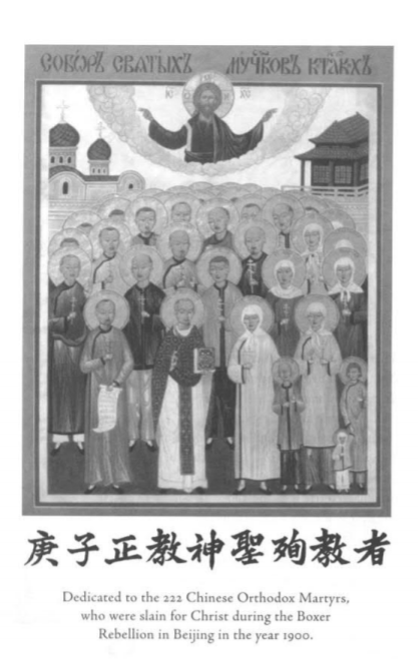 This is an icon of the Chinese Orthodox Martyrs killed during the Boxer Rebellion. 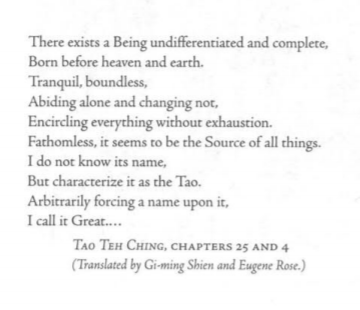 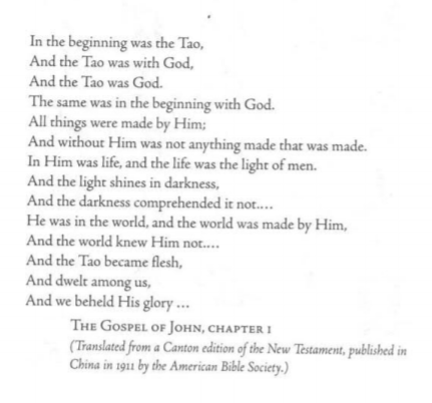 The Chinese translates the word Logos as Tao. 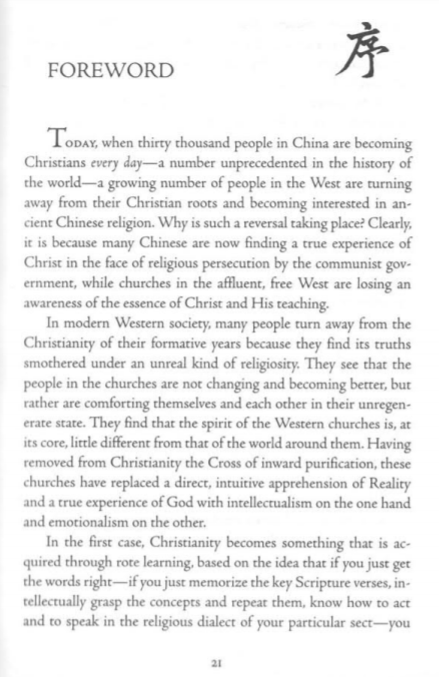 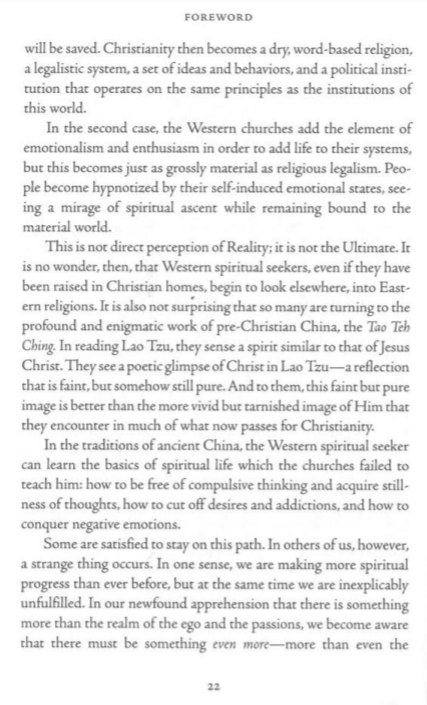 The forward explains why the embarkment on this study is both worthwhile and relevant to Christians. 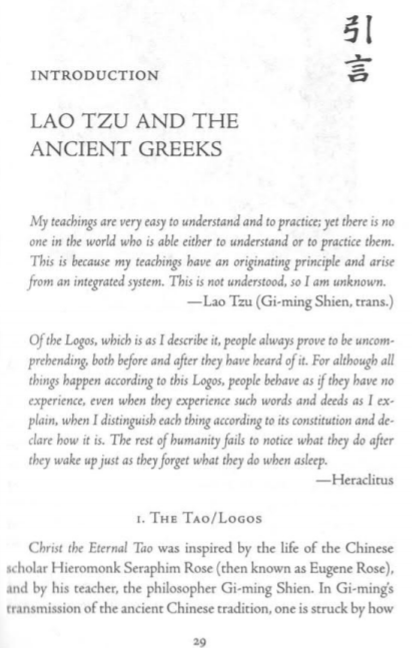 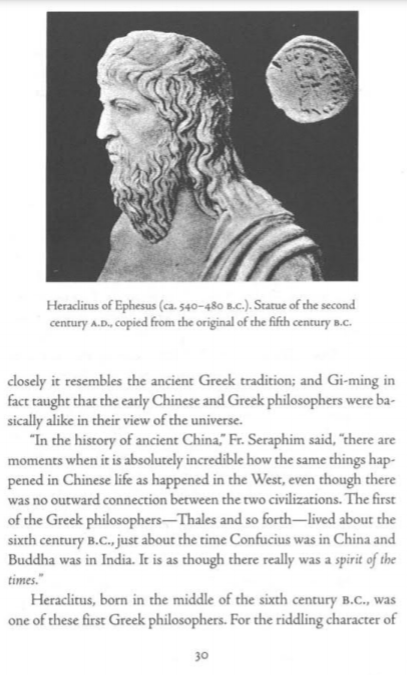 The first chapter looks at how the Greek and Chinese philosophers were coming to some of the same ideas and revelations around the same time, despite being on opposite sides of the world. 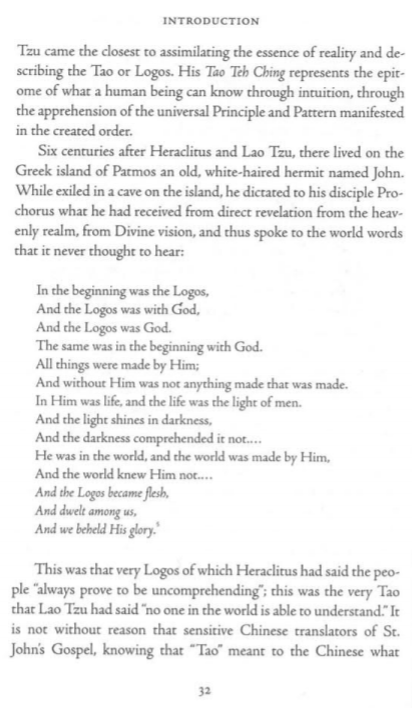 Here Father Damascene differentiates between what in an earlier age Lao Tzu could intuit through observation and what Christians later revealed through divine revelation — what once was only just grasped at is made complete in a later age. 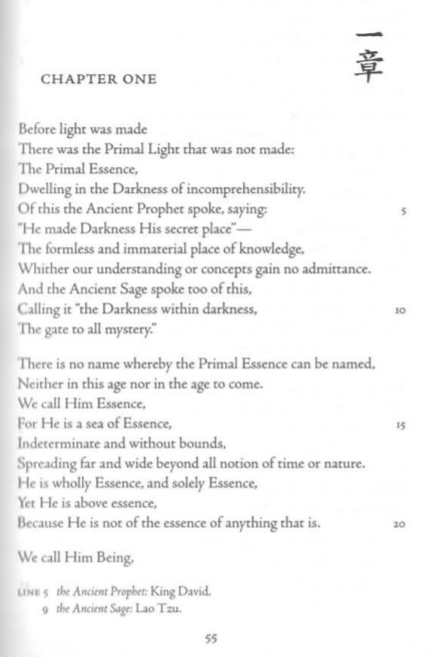 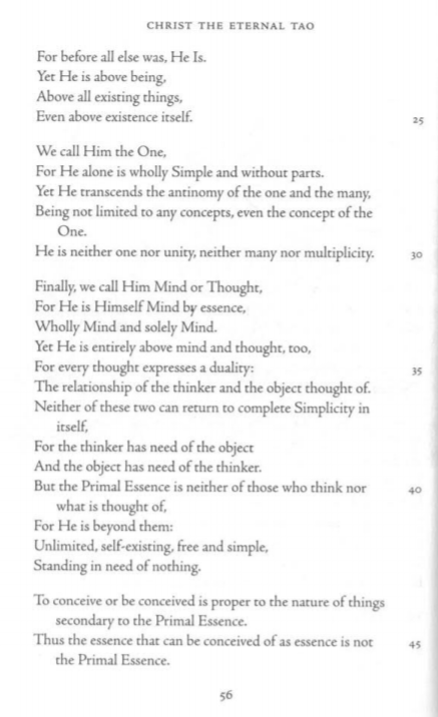 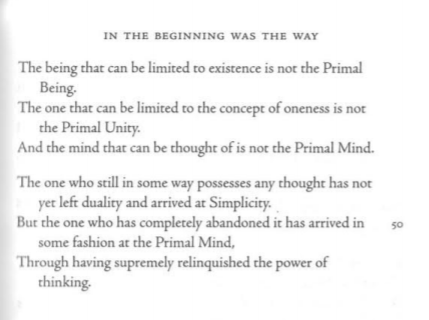 Father Damascene presents the Nine Ennead and then he goes on to explain the similarity to Christ. 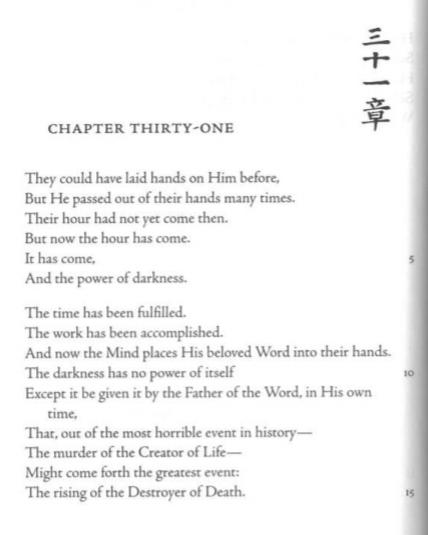 Hieromonk Damascene then tries to explain the revelation of Christ through the eyes of Lao Tzu. 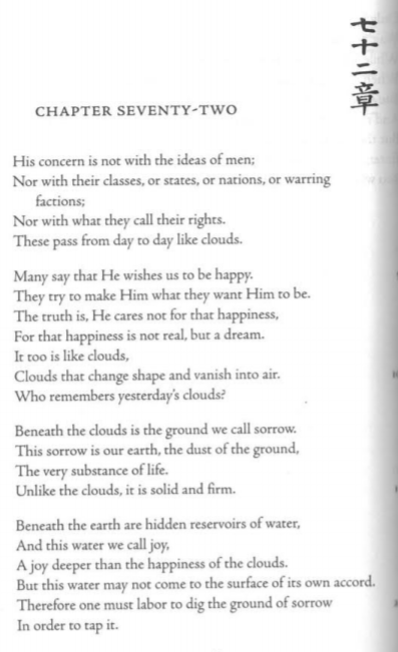 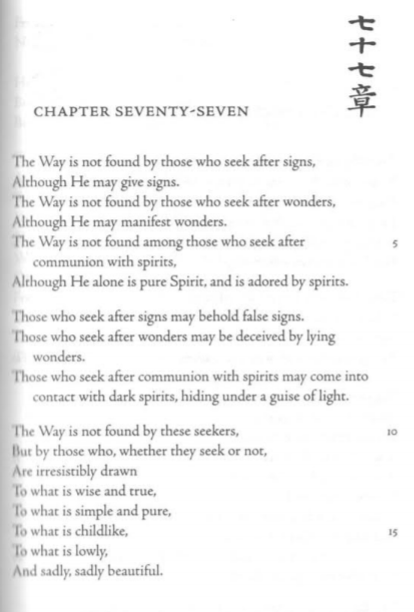 Here he beautifully presents Christ, as Lao Tzu would conceive of Him. 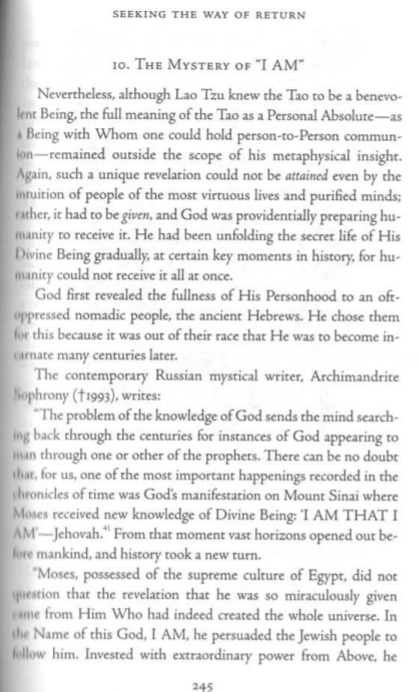 He explains here that Christ is the I AM. 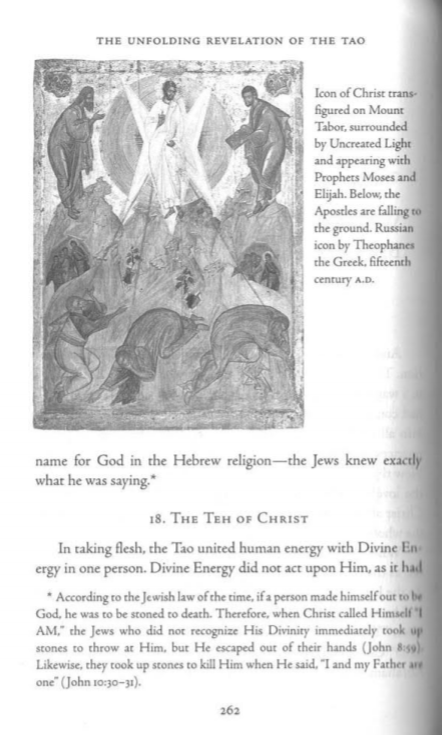 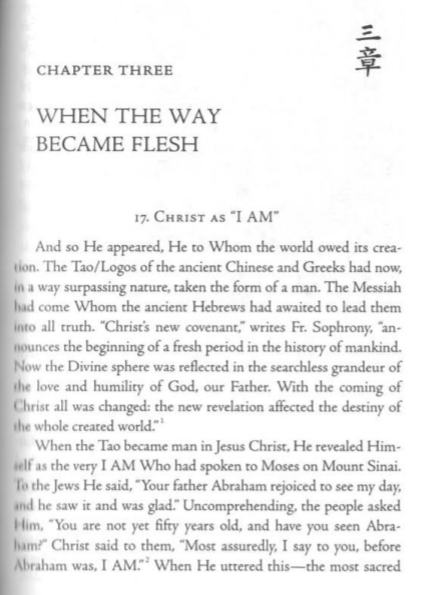 I encourage and implore you to take the time to read the whole book. It can be purchased in paperback form on Amazon or from Orthodox websites, if you do not want to give Amazon your business. I recommend ordering it from Orthodox sellers, as Amazon is anti-Christian.

The book serves as a guide to aligning oneself with Christ and trying to live as He did. Ultimately, whether or not that is possible in this fallen world is debatable but we can try. It gets into discussions on our inner being and inner peace and how to attain it by way of the Orthodox faith — inward reflection, gaining control over the passions and desires, and killing the ego.

Finally, drawing on the similar ideas of Taoism and Christianity it serves as a practical spiritual guide for Christians. It strives to guide the reader toward spiritual transformation leaning into Eastern Orthodoxy. It provides images and stories of the Orthodox Saints, recollecting some of their thoughts and examples for us to apply.

There are passages on peaceful prayers that encourage inner tranquility, and ease the anxious into rest. Father Damascene has sections on sober watchfulness (metanoia) and on the proper use and the misuse of the ancient and powerful Jesus Prayer.

All in all, while it does focus on a lot of ancient material it also relates to our modern times, addressing some of the issues we face now. I think that it is a perfect weekend read!

If you are interested, there is an online PDF version you can download for free, but I prefer a physical copy that I can hold in my hands, and highlight.

Warm yourself up a pot of tea, go outside on the back porch and start reading! You don’t even have to read the book in a linear fashion, you can skim the book and read passages that you find compelling and meaningful. I can guarantee there is something for everyone. Enjoy!