June 19, 2020 – Archbishop Carlo Maria Viganò, responding to an Italian Law Professor, discusses the question of heretical teachings of the Second Vatican Council (1962-1965). This comes just a week after the Archbishop send a letter to President Donald Trump regarding the current subversion and infiltration by Marxist/Socialist terror groups in the United States.

Discussing the Vatican II movement within the College of Cardinals, Archbishop Vigano describes a Deep Church, which parallels a Deep State in Western governments. He says that they work in concert to further the destruction of America, the strongest bulwark of Freedom and Liberty in the world.

Building on some of the themes in his prior warning, Vigano says the subversive nature of these teachings has become obvious. Please see the full letter below, republished with permission:

14 June 2020
Sunday in the Octave of Corpus Domini

I have received the observations of Professor Pasqualucci, which you kindly sent to me, and to which I will attempt to respond, as much as possible, in a concise way.

Regarding the possibility of making a correction to the acts of the Second Vatican Council, I think that we can agree: the heretical propositions or those which favor heresy should be condemned, and we can only hope that this will happen as soon as possible.

My objection to Bishop Schneider stems rather from my concern about the possibility that there will be preserved among the official acts of the Church a hapax that, beyond ambiguous formulations of discontinuity, was intended and conceived for its subversive value, and which as such has caused many evils. From a legal point of view, the most suitable solution may perhaps be found; but from the pastoral point of view – that is, as regards the Council’s usefulness for the edification of the faithful – it is preferable to let the whole thing drop and be forgotten. And if it is true, as Professor Pasqualucci affirms, that the error is not doctrine, it is equally true that a condemnation of heterodox propositions would not remove the shadows that surround the whole undertaking of the Council as a complex whole, and which prejudice the entire corpus of its documents, nor would it remove the consequences that have derived from the Council. It should also be remembered that the event of the Council far surpasses the documents which it produced.

The mere fact that Vatican II is susceptible to correction ought to be sufficient to declare its oblivion as soon as its most obvious errors are seen with clarity. Not by chance does Professor Pasqualucci call it a “conciliabolo [devilish council],” like the Synod of Pistoia, which merited the condemnation of the entire synod beyond the mere condemnation of the individual errors which it taught. I make my own his statement: “After having clearly highlighted the procedural subterfuges and the errors against the Faith scattered throughout the documents, a Pope could very well finally quash the entire Council, ‘thereby confirming his brethren in the Faith.’ This would fall perfectly within his summa potestas iurisdictionis over the entire Church, iure divino. The Council is not superior to the Pope. If the Council has deviated from the Faith, the Pope has the power to invalidate it. Indeed, it is his duty.”

Allow me to add that, faced with the disastrous situation in which the Church finds herself and the many evils that afflict her, long discourses among “specialists” appear inadequate and inconclusive. There is an urgent need to restore the Bride of Christ to her two-thousand-year Tradition and to recover the treasures that have been plundered and scattered, thus permitting the disoriented flock to be fully nourished by them.

Every discussion, amidst legitimate differences of opinion, must not have as its goal any compromise with the distortions of the Truth, but rather that the Truth will fully triumph. Virtue is the right mean between two vices, like a peak between two valleys: this ought to be our goal.

It seems to me that from this fruitful exchange with my brother, Bishop Athanasius, what emerges is how much both of us have solely at heart the re-establishment of the Catholic Faith as the essential foundation for union in Charity. There is no conflict, no opposition: our zeal springs from and grows in the Eucharistic Heart of Our Lord and returns to it so as to be consumed in love for Him.

Allow me, dear Doctor Guarini, to invite your readers to pray assiduously for their Pastors, and in particular for those who are living through the present crisis with travail and suffering and who are striving to fulfill the mandate they have received from their divine Master. In a moment in which we are all under attack, besieged on every side, it is necessary more than ever to come together with faith and humility underneath the mantle of she who commands us: love for the Queen of Victories who unites her children is the most evident proof that there cannot be and must not be divisions between us, which are the distinctive mark of the Enemy.

My blessing goes to you and to your readers,

Here are the comments of Professor Paolo Pasqualucci, which led to His Excellency’s letter, excerpted from his full remarks:

We thank Archbishop Viganò for his latest clarifying intervention, which contained great lucidity and intellectual honesty, as always. We also thank Bishop Schneider, who also continuously illuminates and comforts us with his precious interventions. We hope that other members of the clergy will join them soon.

Regarding the criticism that Archbishop Viganò seems to have offered to Bishop Schneider, it seems to me that we can say the following. Bishop Schneider seems to enunciate a general principle: that it is possible to change a previous doctrine of the Church, a doctrine because it is contained in “magisterial acts.” But then he gives examples that are not in fact true and proper “magisterial acts” because they do not concern modifications to aspects of doctrine; they do not have relevance from a doctrinal point of view. Thus, the principle expressed by Bishop Schneider must be rejected if one wishes to apply it to doctrine. The Church over the centuries has changed her opinion on some few issues: e.g. on the charging of interest on a loan (first prohibited as usury but then admitted on certain conditions) and on the Pope’s temporal power of governance, first understood as a direct authority over the whole world even if not directly exercised, then (by Bellarmine) as an indirect authority. But these questions do not concern dogma, and thus they do not concern doctrine properly so-called; they do not concern the salvation of souls. Is everything alright, then, in relation to the teaching of the Council? No.

Now, as has been pointed out, Bishop Schneider has always maintained the need for a new Syllabus [see here] to rectify certain aspects of Vatican II, and not only this. A Syllabus has doctrinal relevance, and in effect the errors contained in the Council, even if it was only a “pastoral council,” have a doctrinal relevance. It is impossible to deny this.

So here, with the proposed new Syllabus, it is not a question of changing doctrine that was validly taught by Popes in the past, but only of eradicating the errors that have penetrated it. The error [of the Council] is not doctrine; the error [of the Council] denies doctrine wholly and completely. And it is error that was propagated by an Assembly that claimed to be only pastoral, but which was also stained with serious and repeated illegalities.

In all honesty, I do not see the problem raised here by Archbishop Viganò with regard to a specific intervention of the future magisterium on the errors of the Conciliabolo that was Vatican II. His thesis, if we have correctly understood it, is obviously valid in relation to the true doctrine of the Church, but it does not seem applicable to me with regard to a false doctrine which was set up, with the complicity of the popes then reigning, by a tumultuous Council that was held in a climate of continuous confusion and illegality.

I consider all this as a layman, but in my opinion, after having clearly highlighted the procedural subterfuges and the errors against the Faith scattered throughout the documents, a Pope could very well finally quash the entire Council, “thereby confirming his brethren in the Faith.” This would fall perfectly within his summa potestas iurisdictionis over the entire Church, iure divino. The Council is not superior to the Pope. If the Council has deviated from the Faith, the Pope has the power to invalidate it. Indeed, it is his duty.

Furthermore, Professor Pasqualucci replies to a reader’s observation: “It is up to Archbishop Viganò to retract.”

On closer inspection, there is nothing here to “retract.” It is up to Archbishop Viganò to further explain, if he deems it opportune, in such a way to help us better understand his thought, also because as laymen we do not have the same theological and canonical instruments in hand. And we are not laymen who are opposed to the clergy. I said that “I consider all this as a layman,” not in order to argue but simply to indicate that I am not a theologian or an expert on this matter, and thus “I reason as a layman” who has a background in law and philosophy.

Archbishop Viganò and Bishop Schneider are not two enemies to refute! The theological and canonical problems raised by this incredible crisis of the Church are very large and will be solved only with difficulty. We are trying to orient ourselves using the guidance offered us through the grace of God by these two courageous and most valid bishops, the only ones thus far who have faced the enemy in a frontal attack. 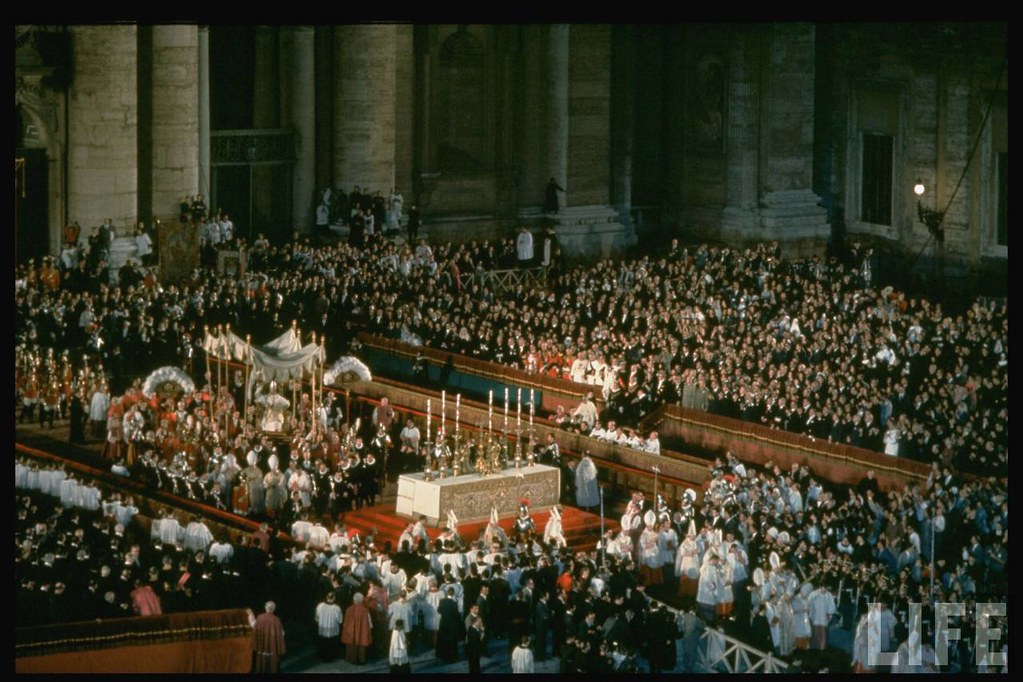 Great article. The letter of The Archbishop to President Trump is beautiful and full of so much truth. Thank you for the inside information around this. God Bless you Patriots!