December 24, 2020 – As we prepare for the big day tomorrow, I think it is important that we reflect a bit on the true meaning of Christmas. It is so easy to get caught up in the motions of decorating, trying to find last minute gifts for loved ones (I am notorious for this) and planning our dinner. Often we lose sight of the real meaning and the true importance of this holy day.

We celebrate Christmas because this is the day that our savior Christ Jesus was born, fulfilling scripture and God’s promise to His people. Arguably this is the most significant event in human history. This one event changed the world forever and the lives of tens of thousands of people. 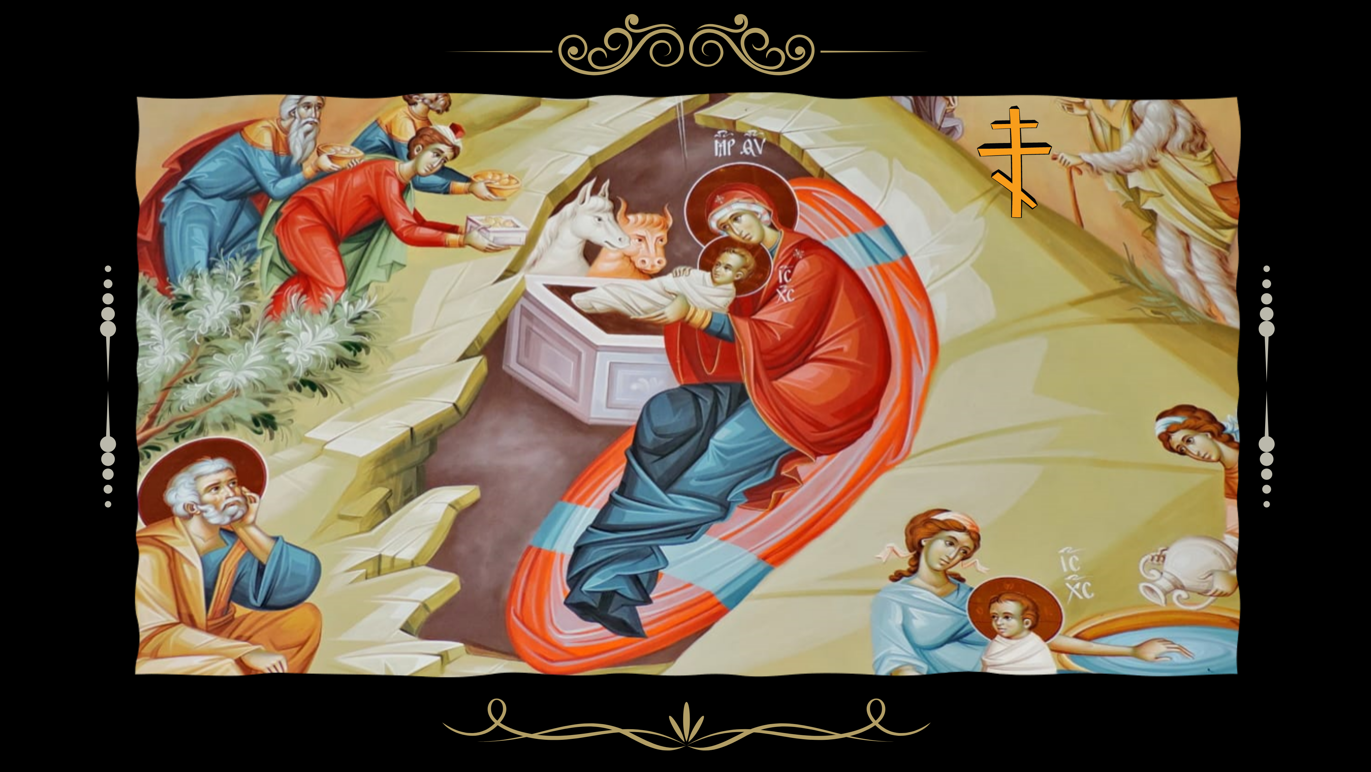 Let’s look at some biblical scripture that mentions the birth of Christ who came into this world humbly, as a baby born of a virgin and a modest family by no means wealthy, who would take away the sins of the world. This baby boy would grow up to have his own ministry, to suffer and be crucified for our sake, and then to conquer and overcome death itself:

“For to us a child is born, to us a son is given; and the government shall be upon his shoulder, and his name shall be called Wonderful Counselor, Mighty God, Everlasting  Father, Prince of Peace.” – Isaiah 9:6

“Now the birth of Jesus Christ was as follows: when His mother Mary had been betrothed to Joseph, before they came together she was found to be with child by the Holy Spirit.” – Matthew 1:18

“And she gave birth to her firstborn son; and she wrapped Him in cloths, and laid Him in a manger, because there was no room for them in the inn.” – Luke 2:7

“He was despised and rejected by men; a man of sorrows, and acquainted with grief; and as one from whom men hide their faces he was despised, and we esteemed him not. Surely he has borne our griefs and carried our sorrows; yet we esteemed him stricken, smitten by God, and afflicted.  But he was pierced for our transgressions; he was crushed for our iniquities;  upon him was the chastisement that brought us peace,  and with his wounds we are healed. All we like sheep have gone astray;  we have turned—every one—to his own way;  and the LORD has laid on him the iniquity of us all.  He was oppressed, and he was afflicted, yet he opened not his mouth; like a lamb that is led to the slaughter, and like a sheep that before its shearers is silent, so he opened not his mouth.” – Isaiah 53:3-7

“For today in the city of David there has been born for you a Savior, who is Christ the Lord.” – Luke 2:11

“Rejoice greatly, O daughter of Zion!   Shout aloud, O daughter of Jerusalem!    Behold, your king is coming to you; righteous and having salvation is he,  humble and mounted on a donkey, on a colt, the foal of a donkey.” – Zechariah 9:9

“Jacob was the father of Joseph the husband of Mary, by whom Jesus was born, who is called the Messiah.” – Matthew 1:16

“Therefore the Lord himself will give you a sign.  Behold, the virgin shall conceive and bear a son, and shall call his name Immanuel.” – Isaiah 7:14

“You will have joy and gladness, and many will rejoice at his birth.” – Luke 1:14

“But you, O Bethlehem Ephrathah, who are too little to be among the clans of Judah, from you shall come forth for me one who is to be ruler in Israel, whose coming forth is from of old, from ancient days.” – Micah 5:2

“The angel answered and said to her, “The Holy Spirit will come upon you, and the power of the Most High will overshadow you; and for that reason the holy Child shall be called the Son of God.” – Luke 1:35

“When the angels went away from them into heaven, the shepherds said to one another, “Let us go over to Bethlehem and see this thing that has happened, which the Lord has made known to us.” And they went with haste and found Mary and Joseph, and the baby lying in a manger.  And when they saw it, they made known the saying that had been told them concerning this child.  And all who heard it wondered at what the shepherds told them. But Mary treasured up all these things, pondering them in her heart.  And the shepherds returned, glorifying and praising God for all they had heard and seen, as it had been told them.” – Luke 2:15-20

“Whoever believes that Jesus is the Christ is born of God, and whoever loves the Father loves the child born of Him.” – 1 John 5:1

“Now after Jesus was born in Bethlehem of Judea in the days of Herod the king, behold, wise men from  the east came to Jerusalem, 2 saying, “Where is he who has been born  king of the Jews? For we saw his star when it rose and have come to worship him.” When Herod the king heard this, he was troubled, and all Jerusalem with him; and assembling all the chief priests and scribes of the people, he inquired of them where the Christ was to be born. They told him, “In Bethlehem of Judea, for so it is written by the prophet:  “‘And you, O Bethlehem, in the land of Judah, are by no means least among the rulers of Judah; for from you shall come a ruler who will shepherd my people Israel.’”  Then Herod summoned the wise men secretly and ascertained from them what time the star had appeared. And he sent them to Bethlehem, saying, “Go and search diligently for the child, and when you have found him, bring me word, that I too may come and worship him.” After listening to the king, they went on their way. And behold, the star that they had seen when it rose went before them until it came to rest over the place where the child was. When they saw the star, they rejoiced exceedingly with great joy.  And going into the house they saw the child with Mary his mother, and they fell down and worshiped him. Then, opening their treasures, they offered him gifts, gold and  frankincense and myrrh. And being warned  in a dream not to return to Herod, they departed to their own country by another way.” – Matthew 2:1-12 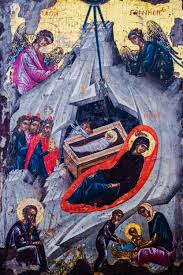 “Jesus answered and said to him, ‘Truly, truly, I say to you, unless one is born again he cannot see the kingdom of God.'” – John 3:3

“And Mary said, “My  soul  magnifies the Lord,  and my spirit rejoices in  God my Savior,  for he has looked on the humble estate of his servant.  For behold, from now on all generations will call me blessed;  for  he who is mighty has done great things for me, and holy is his name.  And his mercy is for those who fear him from generation to generation.  He has shown strength with his arm; he has scattered the proud in the thoughts of their hearts;  he has brought down the mighty from their thrones and exalted those of humble estate;  he has filled  the hungry with good things,   and the rich  he has sent away empty.  He has  helped  his servant Israel, in remembrance of his mercy,  as he spoke to our fathers, to Abraham and to his offspring forever.” – Luke 1:46-55

“She will bear a Son; and you shall call His name Jesus, for He will save His people from their sins.” – Matthew 1:21

“The true light, which gives light to everyone, was coming into the world.  He was in the world, and the world was made through him, yet the world did not know him.  He came to his own, and his own people did not receive him. But to all who did receive him,  who believed in his name,  he gave the right  to become  children of God, who were born,  not of blood  nor of the will of the flesh nor of the will of man, but of God.  And the Word became flesh and dwelt among us, and we have seen his glory, glory as of the only Son from the Father, full of  grace and  truth.” – John 1:9-14

“Blessed be the God and Father of our Lord Jesus Christ, who according to His great mercy has caused us to be born again to a living hope through the resurrection of Jesus Christ from the dead.” – 1 Peter 1:3

“As for your birth, on the day you were born your navel cord was not cut, nor were you washed with water for cleansing; you were not rubbed with salt or even wrapped in cloths.” – Ezekiel 16:4

We know that God is real, and that he has a plan for us. This is evident in the Psalms and parts of the Old Testament, prophesying Christ down to minute details, hundreds of years before he was born. He came to judge the living and the dead, and his kingdom will have no end. This is the miracle of the birth of Jesus, and the good news that as long as we believe in Him, we shall be saved. 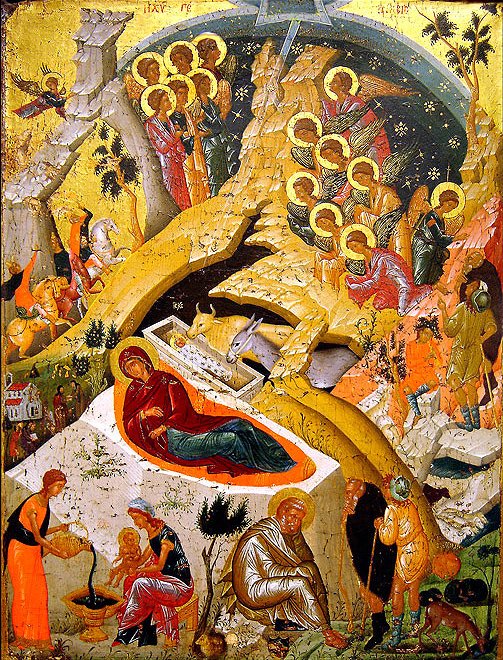 Bible Verses on the Birth of Christ

The Prophesy of Christs Birth

Very Beautiful and Inspiring!. May our Heavenly Father Richly Bless you and your loved ones in amazing ways!