We have often heard that silence is golden. It may be true in some cases but certainly not for God’s people. In fact, silence from God’s people can be dangerous. It may get you into some trouble with God. He actually tells us to be the opposite of silent! One of the very last things that Jesus said after His resurrection and before He ascended into heaven was “Go tell!” In Matt. 28:19-20 Jesus said, “Go ye therefore and teach all nations, baptizing them in the name of the Father, and of the Son, and of the Holy Spirit. Teach them to observe all things whatsoever I have commanded you: and, lo I am with you always, even unto the end of the world.” This certainly is not a command to be silent! And you know Jesus is right. Where has silence gotten the Church in America?

The church has been silent for the most part for many years in America. Christian silence has contributed to the moral decline of our culture for nearly two hundred years. We have gone from a nation that was founded on Biblical principles from God’s Holy Word to a humanistic culture whose desire is to eliminate God and His Word from every facet of our society.  Is it any wonder that Jesus told us not to be silent and hide our faith? In Matt. 5:14-16 Jesus said, “You are the light of the world. A city set on a hill cannot be hidden. Nor do people light a lamp and put it under a basket, but on a stand, and it gives light to all in the house. In the same way, let your light shine before others, so that they may see your good works and give glory to your Father who is in heaven.”

We can easily deduct from these biblical passages that God is not interested in you and I being silent. We are called rather to live out an unmistakable Godly lifestyle and to be vocal concerning God’s Word in all matters of life. Yet in many of our denominations and churches in America, we see clergy failing to teach these fundamental biblical principles to their congregations. More and more we are seeing the dwindling of church congregations who are leaving their churches after many years of attendance. Could it be that God is removing the lampstand from the churches (Rev. 2:4-5) because church leaders have failed to adhere to the inerrant Word of God while embracing the woke humanistic views of the world order that is becoming more and more pervasive in these last days?

We are called to teach the explicit Word of God in all seasons. In 2nd Timothy 4:2-3, it is abundantly clear, the days in which we live are those spoken of by the Apostle Paul in his letter to Timothy.  “Preach the Word; be instant in season, out of season; reprove, rebuke, exhort, with all long-suffering and doctrine. For the time will come when they will not endure sound doctrine; but after their own lusts shall they heap up for themselves teachers, having itching ears, and they will turn away from the truth and will listen to lies and fables.”  The lies and fables have become the false doctrine being embraced by churches around the world that are now accepting ideologies of humanism.

Among these teachings are the acceptance of killing unborn children, sexual promiscuity, worship of the planet, idolatry, fornication, and a long list of things in opposition to God’s Word.

Silence is not golden for God’s people or America. It’s time we adhere to every line of God’s inerrant Word. Parents, teach it to your children, clergy proclaim it from the pulpit. Public leaders, bring it back to our courtrooms, schools, and every public place. Be the salt and the light of the world. We can’t be the salt and light while being silent. Amen. 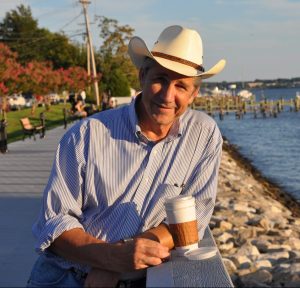