By Maggie at The Universal Spectator October 9, 2021

Stop spinning for a few moments and understand that all of this —- ALL OF WHAT IS HAPPENING —- is not meant to make this country and “We THE People” successful as a representative republic with a good and free market economy, a Bill of Rights based society for everyone, and most especially a government by and for the people. When you hear Biden and the rest of the junta using the term “progress” understand they do not mean progress for us or our republic. It is their clock-ticking sound in our face that their plans and agenda to completely tear down our nation and rebuild it in their image of jack-booted ruling over all of us is moving along as they have planned. It is their defiant and taunting smirk as they point at the scoreboard for us to look at how they are gaining huge and unchallenged yardage in this game they have forced on us and our nation. They are purposely lowering the standard of living of the American people … eat less, stop eating this, stop driving/traveling, tear down existing buildings and houses and build in the strictest of ‘green’ compliance, end free businesses and replace them with government-run projects, pay people not to work, take over all of healthcare, increase energy costs so high as to be unsustainable for Americans’ budgets, etc. I harp again, read through the convoluted Green New Deal AOC brought with her commie ass to DC. It is all in there, and it is all centered in completely and totally controlling and consuming us. Never forget Barack Obama openly admitted the left’s basic issue with and contempt for our almighty U.S. Constitution…

The Supreme Court never ventured into the issues of redistribution of wealth and sort of more basic issues of political and economic justice in this society. And to that extent, as radical as I think people tried to characterize the Warren Court, it wasn’t that radical. It didn’t break free from the essential constraints that were placed by the founding fathers in the Constitution, as least as it’s been interpreted, and [sic] Warren Court interpreted in the same way that, generally, the Constitution is a charter of negative liberties, says what the states can’t do to you, says what the federal government can’t do to you, but it doesn’t say what the federal government or the state government must do on your behalf.

Government “mustn’t do” anything on our behalf, except abide by our unalienable of Declaration of Liberty and the full content of our Bill of Rights … and stay the Hell out of our way. To always remember and dutifully abide by the fundamental fact that they ‘govern on the consent of the governed’. And so, that is exactly what Obama meant about “fundamentally transforming” the United States … by burning that very Constitution and our government of ‘of, by, and for the people’. It is why the swamp detests and vilifies and tries to destroy “outsiders” like Donald Trump who dare to try, and in his case succeed, in getting inside to stop them.

Know that when they say “equity” their meaning is spiteful “revenge” and “retribution”, not an equal playing field. Know that in order for their mission to fully succeed they must operate within a mass chaos and confusion situation that has the rest of us stunned and stifled into the easier route of submission, instead of resistance. If you recognize and understand all of that you will reduce that spinning they are doing to us, and you will be stronger for it and more able to stop them from enslaving us all to their authoritarian plan. Resist. Be strong and resolute to this nation’s founding. Be unmovable. Be faithful to God, because this nation was founded in His name.

Some coffee sippers for ya:

Tucker Carlson: It is beginning to seem like the national security state runs everything: Who is really in charge of the White House?

Tucker Carlson: The people in charge are intent on replacing democracy with authoritarianism: The crimes against the liberal elites’ ideas are the only crimes that matter

Charlie Eastman: THE DUCHESS IS A VICTIM AND FOOTBALL IS GAY: Understanding Identity Marxism’s ‘long march’ through America’s institutions … Americans have allowed a generation of radical extremists to commandeer their society.

Bruce Oliver Newsome: The Political Philosophy of Anti-Woke Science Fiction: The literary elite doesn’t like to admit anti-Marxism as a motivation for great literature. But it is. “Lethe” is a new example of the genre. 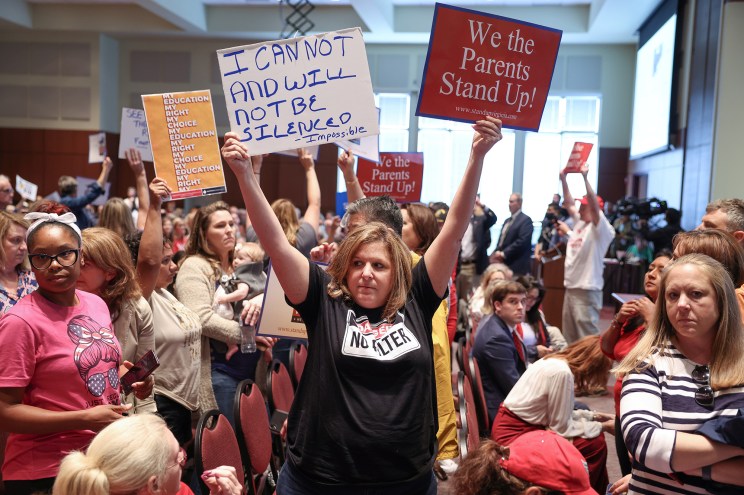 Without borders we are no longer a country, let alone a sovereign nation…

Todd Bensman: How To Stop The Entire World From Marching Across The U.S. Border: With friends like Colombia, Panama, and Costa Rica moving oceans of global migrants to the U.S. southern border, who needs enemies?

Forbes (4/13/16): IRS Admits It Encourages Illegals To Steal Social Security Numbers For Taxes … And now Biden and Janet Yellen plan to weaponize the IRS further and open our private bank transactions to them … without a court order.

HOW IT STARTED: Biden taps VP Harris to lead response to border challenges.

The disease masking the real disease trying to kill us, and the corporate MSM is a super-spreader…

Daniel Y. Teng: Australia: Celebrities, Athletes Gagged on Criticising Lockdowns, Restrictions: Former NBA Star Sees increasing division, authoritarianism in society … Countless others who aren’t of the cowardly overpaid ‘athletes and celebrities’ ilk have lost their very important essential jobs and livelihoods because of insane ‘mandated health restrictions’ crap, many in the medical profession who not only were deemed ‘heroes’ for the first year of this manmade shit storm but many of them have had COVID and do not need a vaccine and are refusing to get vaxxed. So, grow a set and speak the Hell up.

Lincoln Brown: The Left Views Everything and Everyone as Commodities … Hence, the left’s now new “infrastructure” called “human infrastructure”. You see, they have reduced human life to even more expendable, like losing crops or durable productions if it furthers the intended purpose(s).

Rick Moran: The ‘Shortage Economy’ Will Hit Us Just in Time for Christmas … This too is ‘going according to plan’. The short-term debt limit increase will be up in December. This gives the dems the chance come mid-November to use it as a tool to say, “Republicans don’t want families and their children to have gifts or food for family holiday dinners…” in order to push for another increase, and as a cudgel to pound away for the $3.5-5.5+ trillion they are slobbering for. Wait for it. I can just hear Pelosi’s and Schumer’s cranky whiney diatribes now.

When tech goes from God-send to Satan’s tool…

Rachel Bovard: Our outdated laws are letting tech giants get away with everything

Beck Dumas: Twitter testing feature to warn users of the ‘vibe’ of ‘intense’ conversations: The new feature offers some tips for keeping things civil, too

Glenn Reynolds: “Dominion’s suing Rudy Giuliani, but not these Democrats. But an “unbiased” voting machine company that only sues Republicans has kind of blown its credibility already.”

YUGE (very muddy) high school Cross Country invitational this weekend for my beloved Grandson that goes through 3-4 pairs of (not cheap!) running shoes a year, so, I’m gleefully busy. I do love watching that kid run! Thank you, Lord, for my beautiful family!

Hope you have something very nice to do this weekend. Enjoy the decent weather before it’s gone and we are griping about the cold and snow!

One of my favorite scenes from a Steve McQueen movie…

~~Many thanks to Maggie and The Universal Spectator for reprint permission