Might be more of a Tilt D… but with McAuliffe at 2.8 in the aggregates and Democrats staying home? Gonna get interesting.

With pre-debate and post-Afghanistan numbers coming in via polling, the University of Mary Washington poll seems to have done its work — and with former Democratic governor Terry McAuliffe barely edging out Republican challenger Glenn Youngkin in the RCP aggregate? Cook Political Report has decided to move the Old Dominion from a Lean D to Toss Up.

Big ratings change this morning at @CookPolitical: As the national environment sours for Democrats and public & private polling shows an increasingly close race, we’re moving our #VAGov rating to Toss Up: ($) cookpolitical.com/analysis/gover…

Just in case you need to see the averages, the Mary Washington survey balances out the VCU Wilder survey nicely — but not entirely:

Toss-Up is probably a smidge too optimistic. Tilt D? Probably more on the nose… but until we see Biden’s negatives remain in the low-to-mid 50s for a prolonged period of time (say, next week) then we should do everything in our power not to feed complacency in the ranks.

As the old saying goes, run like you’re 5 points behind.

Most politicos in the chattering classes are going “Tilt D because of Afghanistan” at present, with eyes on whether pro-life Republicans have dimmed their enthusiasm in the wake of the Grundy debate. Meanwhile, McAuliffe has to do something — anything — to win back over registered voters who are inclined but not motivated to become likely voters.

Did we mention how early voting skews all of this badly? Which means towards the end, we really are playing for the registered voters who haven’t voted yet and need a reason to do so?

So for those of us who are political realists rather than performance enhanced cheerleaders — and most of us are realists at the end of the session — here are a few things to bear in mind as we move forward.

FIRST and foremost, we have yet to see real numbers post-debate. The pro-life question isn’t going away, and while Youngkin is out with new ads slamming McAuliffe (rightly) for defunding the police, it would be awfully nice if we could commit to defunding Planned Parenthood — right?

SECOND there is a looming budget battle in the US Senate and the (so-called) Women’s Health Protection Act that are going to drive the national narrative. If the Senate Democrats can’t come to an agreement and a federal government shutdown becomes a reality, will the media blame the Senate Republicans? Of course they will. As for abortion, Pelosi is doubling down hard. Why on earth wouldn’t we?

THIRD and notable, if Afghanistan is the reason, then President Trump wants recognition from Glenn Youngkin. This is a question that Youngkin has successfully tip-toed through for some time, but as Trump’s interview on the John Frederick’s Radio Show illustrates, Trump knows that he has a base of support in Virginia — and they too want to be recognized:

“The only guys that win are the guys that embrace the MAGA movement,” Trump said on the “John Fredericks Radio Show” when asked about Youngkin’s chances against Democrat Terry McAuliffe, a former governor seeking a comeback. “When they try to go down a railroad track, you know, ‘Hey, oh yeah, sure, love it, love it. Oh, yeah, love Trump. Love Trump. Okay, let’s go, next subject.’ When they do that, nobody, they don’t — they never win. They never win. They have to embrace it.”

Of course, the Washington Post is incredibly invested in making the Virginia gubernatorial race a referendum on Trump. Certainly McAuliffe was doing so right up until Biden abandoned Afghanistan to the tender mercies of the Taliban — and then stopped once his brain trust figured out that Biden vs. Trump was probably not the contrast they wanted.

Trump lost to Biden by 10 points in 2020. Trump lost to Clinton by over 5 points in 2016. Youngkin has been clear to others that he does not consider voter fraud to be a factor in the 2020 elections.

FOURTH AND MOST IMPORTANT is that Terry McAuliffe has his own problems among progressives that are not going away.

Let’s hammer this one all the way home.

Because for all the prognostication in the first three points, they are dwarfed by some very real and serious fissures within the Democratic Party in Virginia.

McAuliffe for all the bluster simply isn’t well loved by his own base on a myriad of different questions — more aggression on abortion, defunding the police, a stronger commitment to transgenderism and Critical Race Theory (CRT) in the classroom, equality and diversity policies and programs, and so forth.

Democrats find it harder to move to the right on social issues than Republicans can move to the left on fiscal issues.

McAuliffe is learning this lesson in real time, and you can see it hurting him in the polls as registered voters stay home. The question then becomes — does McAuliffe do something to recapture that base and risk suburban moderates? Or does McAuliffe keep plodding along with a few winks-and-nods towards progressives in the hopes of repeating his 2013 win against Cuccinelli?

Just in case you’re following this, from the party that gave us “kids in cages” and about three refugee crises in just nine months, Biden sure seems as if he’s got his priorities out of whack. Nevermind that the “whipping immigrants” narrative on Biden’s orders has been completely and effortlessly destroyed as false, false, false: 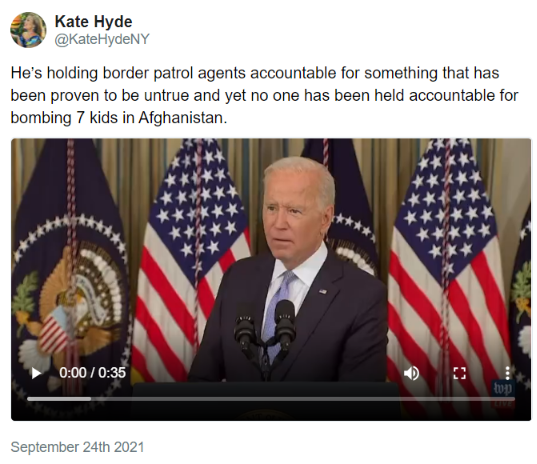 Bear in mind it was the Obama administration who perfected diplomacy by drone across the world as a humane option of targeting America’s enemies. Even if they were relief aid workers and their families.

Nice way to get folks minds off of Afghanistan by focusing our attention on other moral failures by this inept administration.

Miyares Is Going To Be An EXCELLENT Attorney General

If I am having trouble hiding my excitement for the Miyares campaign, it’s because they are running one of the best campaigns in Virginia I have seen since 2009.

One doesn’t have to wonder why Miyares is running for Virginia AG — keeping Virginians safe — and he is hammering home his narrative in a big way.

🚨🚨 NEW AD ALERT 🚨🚨 We teach kids the Pledge – but I had to teach it to my mother, who fled Cuba, penniless and homeless, to become a US Citizen. 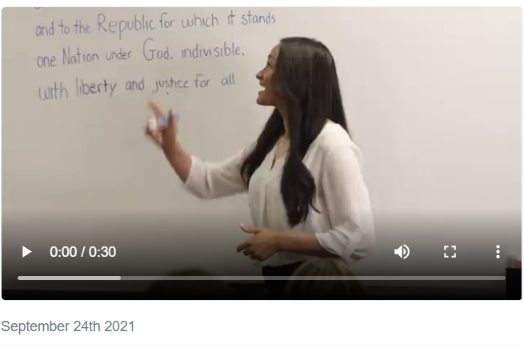 In contrast, Mark Herring has been notably absent from the campaign trail / apology tour after mishandling his own blackface moment.

Sears Gets $100K Boost From RSLC

Democrats last week were trying to insist that former Delegate Winsome Sears (R-Norfolk) was somehow being punished for her stellar interview on CBN explaining her pro-life and deeply held Christian faith.

This week, Sears has dropped the stickshift into fourth year with a high-octane boost from the Republican State Leadership Committee (RSLC) — bringing the grand total investment up to $150,000.