RALEIGH, NC – Hurricane Dorian Category 2 storm has its sights on North and South Carolina Coasts.  Dorian may make landfall near Wilmington, North Carolina later this evening, according to the latest weather model.

Tornado warnings have been issued in North Carolina.  A large tornado was reported on the ground in North Myrtle Beach, South Carolina this morning. More here!  Several NC counties are under tornado watch until 7:00 PM this evening.  Latest NC weather information. 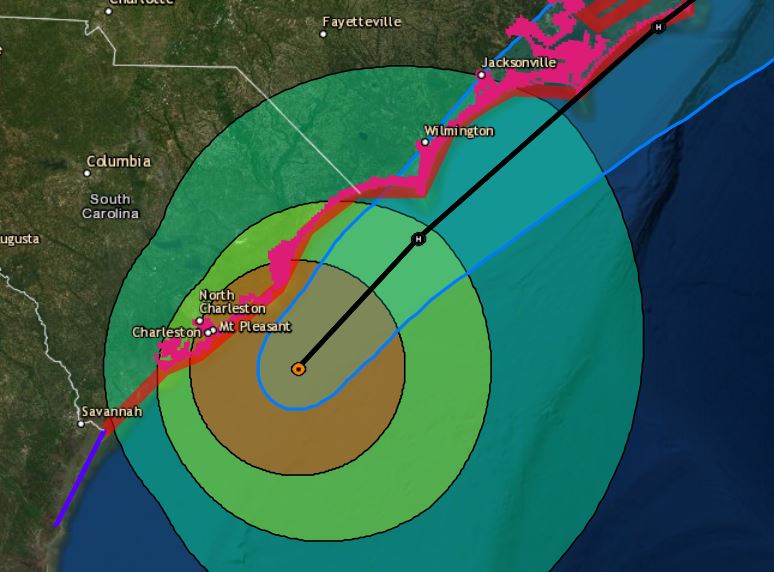 Around 1500 lineman are stationed at Walnut Creek in Raleigh, NC, waiting and ready to go.  They are expecting 700,000 power outages during the storm and plan to stay up to two weeks to restore people’s power.

Evacuations are underway in low lying and coastal areas in North Carolina.  Storm shelters have been opened up for families and their pets. 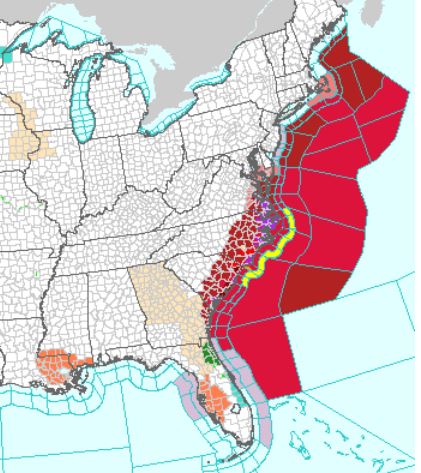 At 500 AM EDT (0900 UTC), the eye of Hurricane Dorian was located near latitude 31.7 North, longitude 79.5 West.  Dorian is moving toward the north near 8 mph (13 km/h).  A turn to the north- northeast is anticipated today, with a turn toward the northeast by tonight.  A northeastward motion at a faster forward speed is forecast on Friday.  On the forecast track, the center of Dorian will continue to move close to the coast of South Carolina through the day, and then move near or over the coast of North Carolina tonight and Friday.  The center should move to the southeast of extreme southeastern New England Friday night and Saturday morning, and approach Nova Scotia later on Saturday.

Maximum sustained winds are near 115 mph (185 km/h) with higher gusts. Dorian is a category 3 hurricane on the Saffir-Simpson Hurricane Wind Scale. Some fluctuations in intensity are expected this morning, followed by slow weakening through Saturday. However, Dorian is expected to remain a hurricane for the next few days.

Tropical storm conditions are possible over portions of southeastern Massachusetts by late Friday or early Saturday.

STORM SURGE: The combination of a dangerous storm surge and the tide will cause normally dry areas near the coast to be flooded by rising waters moving inland from the shoreline.  The water could reach the following heights above ground somewhere in the indicated areas if the peak surge occurs at the time of high tide…

Water levels could begin to rise well in advance of the arrival of strong winds. The surge will be accompanied by large and destructive waves.  Surge-related flooding depends on the how close the center of Dorian comes to the coast, and can vary greatly over short distances.  For information specific to your area, please see products issued by your local National Weather Service forecast office.

RAINFALL: Dorian is expected to produce the following rainfall totals through Friday:

This rainfall may cause life-threatening flash floods. SURF: Large swells will affect the northwestern Bahamas, and the entire southeastern United States coast from Florida through North Carolina during the next few days.  These swells are likely to cause life-threatening surf and rip current conditions.  Please consult products from your local weather office.

TORNADOES:  A few tornadoes are possible through this afternoon near the coastal South and North Carolina border area.  This threat will expand northeastward across the rest of eastern North Carolina during the afternoon and continue into tonight. 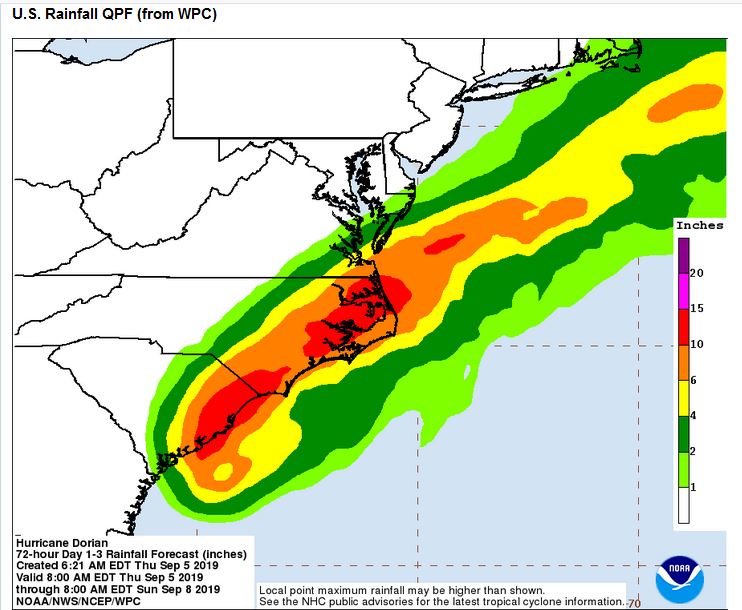 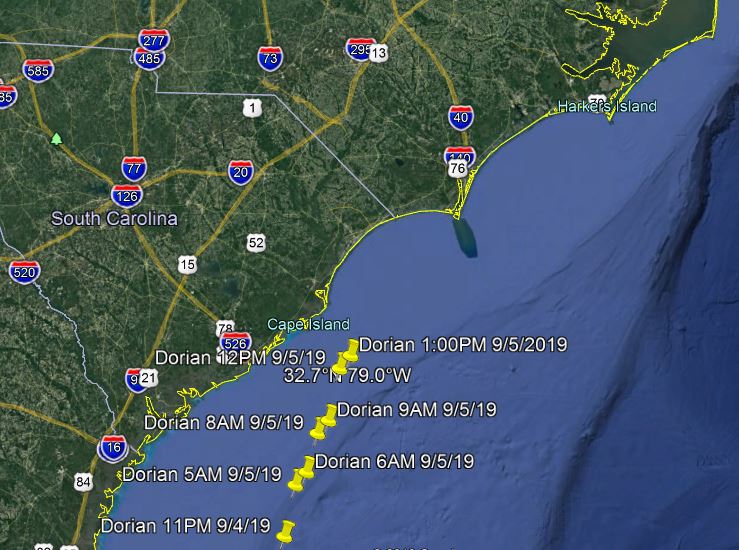 A Slight Risk of Severe Thunderstorms is Forecast Today and/or Tonight.  Some risk for a couple of tornadoes could develop across parts of the coastal Carolinas today through tonight in association with Hurricane Dorian. . . .

Check back for future updates to this developing story.