Memorial Day is a day that helped bind the wounds of a nation; Americans should not forget why we celebrate and remember.

As a young man, I used to tread the long winding driveway up and down Marye’s Heights in Fredericksburg back and forth to Montfort Academy, a small Catholic school founded by the Daughters of Charity. Every day we would trudge over down the slopes of Marye’s Heights, over the Sunken Road, past Mrs. Innis’ house and the Kirkland Monument, and on to Mercer Street.

Every May, little paper bags would spring up like paper daffodils as Boy Scouts would swarm between the gravesites with tiny American flags. The weather nearly always co-operated. The most amazing part was the Saturday before Memorial Day, where just before sundown those little paper bags with their play sand and tea lights would illuminate 15,000 gravestones as tourists and townspeople — Fredericksburg still thinks of itself as a town, of course — would walk past in awe-filled silence as tea lights competed with the sunset and the lightning bugs.

G.K Chesterton used to remark that tradition was the democracy of the dead. One can imagine in living memory where there were more entombed upon Marye’s Heights than living in Fredericksburg itself. Only 2,473 of the gravesites at Fredericksburg are identified. The rest are unknown. An additional 3,753 fill the graves in the local Confederate cemetery alongside local notables, including a Masonic cemetery and the local Episcopal cemetery. Even Hurkamp Park was once a cemetery.

In short, Fredericksburg is a city of memorials. We are a city of Union and Confederate memorials, Revolutionary War generals and boyhood homes. Debates over Union dead and Confederate dead, over the Lost Cause or Noble Cause myths all bleed away from the sheer volume of industrialized warfare. Both sides were fighting for an idea of America; both editions are long since revised into oblivion and new understandings of the American framework by FDR and Reagan respectively.

So why do we still honor our Union and Confederate dead? Why do we still fight and murmur over Memorial Day as the last Confederate holiday? Why is it important to see this as a holiday to remember the dead from all our conflicts in an era where servicemembers are treated with barely disguised contempt from self-declared “woke” progressives reclining in the freedom provided by those who died for it?

One of the more remarkable things about our Declaration of Independence is that we are a nation built upon a natural law framework. Our rights are inherent; no government can strip them away under any pretense whatsoever. Our U.S. Constitution defines our mission statement as a polity:

We the People of the United States, in Order to form a more perfect Union, establish Justice, insure domestic Tranquility, provide for the common defense, promote the general Welfare, and secure the Blessings of Liberty to ourselves and our Posterity, do ordain and establish this Constitution for the United States of America.

Typically people don’t die for fairy tales. I can’t recall the last time someone died for Mother Goose. Or for Aesop’s Fables. People die fighting for religions — both secular and sacred — all the time, but one is hard pressed to find examples such as the early Christian martyrs willing to be fed to lions rather than renounce their Christ.

A lot of people died fighting to make this a more perfect Union.

One reflects on the political violence of the last few years. Much of it on the extremes has been to say that America is a dead letter, that the American dream doesn’t exist, that freedom is a bygone expression and that elites continue to conspire against the common man and keep us in place and in line.

Perhaps some fraction of that is true. Perhaps it has been true from the dawn of government and the founding of the city.

Yet as bloody and imperfect as this nation has been in our past, Americans always seem to strive for a better tomorrow. This little flame that Thomas Jefferson put into words has been carefully guarded by great men. Sometimes we were united in that struggle; sometimes the house was divided.

It is worth remembering though that Memorial Day was not some anodyne checkmark on the calendar designed to send us to the beach at the end of May. Rather, the entire purpose of Memorial Day was not to accomplish some sort of national reconciliation between North and South — though in abstract it achieved much of that — and thereby providing the admixture by which modern-day (and so-called) anti-racists could condemn the entire American framework.

Far from this, what Memorial Day achieves is to remind us that that idea of America — this great experiment in human freedom passed onto us by our forefathers — is an idea that hundreds of thousands of patriots and heroes were willing to lay down their lives.

Critics may say that the causes are never perfect. They get the order confused. Sacrifice makes the cause sacred, hence the linking of the words sacre (that which is sacred or holy) and facere (to make or do). The wider cause here is not the conflict, but the very idea of America — our lives, our fortunes, and our sacred (there’s that word again) honor.

The conflict between Union and Confederate soldiers during the Civil War was one such example of a wide disagreement of what that “more perfect Union” ought to consist. What is important for us — and why we celebrate Memorial Day — is that 600,000 to 1 million Americans sacrificed themselves for what they believed to be a nobler idea of American life. In that furnace, a more perfect idea of what America is and ought to be emerged.

Our highest and best understanding of American sacrifice seems an answer to the riddle of memorials of every age in time. This more perfect polity is a distant shore, yet in a conflict that otherwise would have destroyed to its core every nation prior, the sacrifices made by Americans themselves and among themselves to this idea remains honorable — even remarkable in the history of nations.

John McCrae was no American, but as a Canadian soldier during the First World War experiencing the death of romanticism and the birth of modernism, I’d like to think that his words speak to us today:

In Flanders fields the poppies blow
Between the crosses, row on row,
That mark our place; and in the sky
The larks, still bravely singing, fly
Scarce heard amid the guns below.

We are the Dead. Short days ago
We lived, felt dawn, saw sunset glow,
Loved and were loved, and now we lie,
In Flanders fields.

Take up our quarrel with the foe:
To you from failing hands we throw
The torch; be yours to hold it high.
If ye break faith with us who die
We shall not sleep, though poppies grow
In Flanders fields. 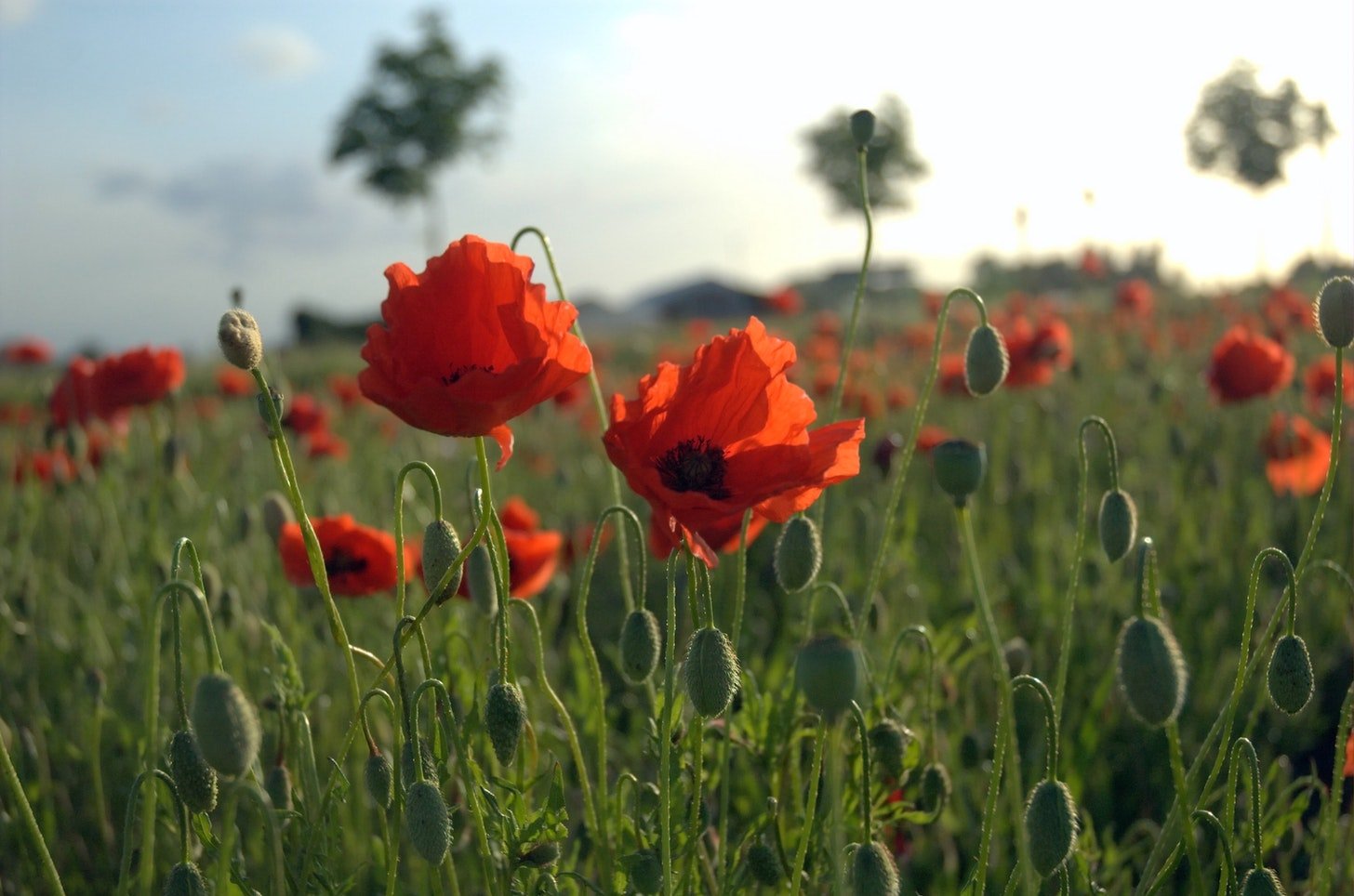 I have never smiled kindly upon the idea that Memorial Day should be commemorated and not celebrated. Of course we should celebrate Memorial Day, and there are good reasons why.

With all the tumult about bulldozing history and removing monuments, it is worth remembering that one days such as Memorial Day, we remember by asking the question as to why the sacrifice of such brave souls was required for an imperfect cause. Our answer — and yes, it is a celebration — is that we who are living “take up our quarrel with the foe” and accept the McCrae’s torch; to build a more perfect union for ourselves and our posterity.

One day our graves will look down on posterity. What example will we leave behind? What did they leave behind at Marye’s Heights? There will be 15,000 small flickering torches this weekend to remind us of that reason why — and a good 3,700 more reminders less than one mile away.

Celebrate that — and a Happy Memorial Day to you and yours.