With progressives not precisely enchanted with the Democratic nominee, Youngkin has the wind at his back

Folks should take the appropriate amount of cheer from the recent WPA Intelligence poll issued via Politico this morning showing Republican nominee Glenn Youngkin down by two over former DNC chairman Terry McAuliffe.

Here are a few grains of salt. WPA tends to lean a bit on the GOP side of things and polls heavily in Oklahoma where Youngkin’s general consultant also includes OK Governor Kevin Stitt among their clients.

Just as we see in every election, polls tend to be used to help create narratives. WPA gets out there first with a Youngkin down by 2 poll so that we can avoid seeing the inevitable Terry + 7 polls. You all know how this game is played by now, so caveat lector and work as if we were down by 3 and have the wind at our backs — because it’s probably true.

This having all been said, one gets the strong opinion that the days of Ralph Northam bowling guys like Ed Gillespie are over. Instead, we are in Warner-Gillespie ‘14 territory where victory — while tangible — is going to be held in the margins. Every constituency and special interest group with 10,000 supporters is going to be key, which means relationships are going to be key.

Of course, most prognosticators are going to say this is because of Donald J. Trump not being in the White House.Fair enough… but the dramatic shift from a D+11 environment to a D+2 (or better) for Republicans? Given the state of affairs in Washington with Joe Biden, Republican voter enthusiasm right now is looking at the Trump era with 5% GDP growth as pretty darned good.

Which makes the whole T-Mac line linking Youngkin to Trump so very tone deaf. “Republicans are going to take us back to the days of 5% GDP growth, easy credit, good jobs and increased national stature on the world stage!” during a time where the Fauci e-mails, the Russian collusion stuff, and the world being racist narratives are all imploding at once?

It is a super odd take from the Dems — precisely because those plates don’t spin anymore.

In short, if you hold the premise that Trump had an impact in 2017, then rest assured that a Trump enthusiasm element is definitely in the background in 2021.

With crowds fighting in Loudoun County and elsewhere against VEA-led school boards run amok with anti-racism (sic) and state-enforced gender pronouns, you can bet that the fight you see out of Republicans now is in no small part due to the Trump effect linked to BLM/Antifa misbehavior last summer.

Which bring us to the McAuliffe-Ayala-Herring ticket.

Progressives have been steaming since Tuesday’s Democratic primary, knowing that the liberal establishment poured money into all three in order to prevent progressive challengers from seeing the light of day.

Just in case we need a recap? The Democrats managed to nominate two old white guys, both of whom have held the office before. That’s two candidates endorsed by the guy in blackface (or a hood) and one guy actually admitting to wearing blackface at parties.

This seems like a good time to remind Virginians about that time when Ralph Northam refused to shake a black man’s hand on live television: 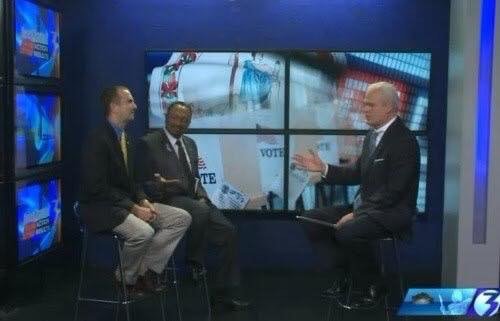 At least now we know why, Coonman.

What will be interesting here is the sudden realization that the black vote in Virginia — having been told by the Democrats to sit down and shut up — is now entirely up for grabs.

Imagine for a moment where your energy and ideas propelled a sclerotic establishment into power. When the opposition is in power, it was your energy and your issues that prevented them from getting too much done. Now when it is your chance to finally lead and get things done, the deep pockets grin and say well — the energy was nice — but we just don’t need your faces at the table…

That’s what happened on Tuesday, folks.

Which means that Republican comparisons to Governor Bob McDonnell’s 2009 run for the Executive Mansion — while that energy is most certainly there — may be a touch misplaced. Virginia’s demographics haven’t radically altered over the last 12 years, and while the suburban gap has been ameliorated, Democrats aren’t exactly weak at present — merely disoriented. In short, we have a golden moment to give conservative ideas their moment to shine in communities Democrats have abused for votes while doing nothing to lift voices for too long.

Rather, if we’re looking for a model governor who actually reached out to black communities and build the coalition Youngkin is reaching for 20 years before its time?

Then you are looking for Governor Jim Gilmore. 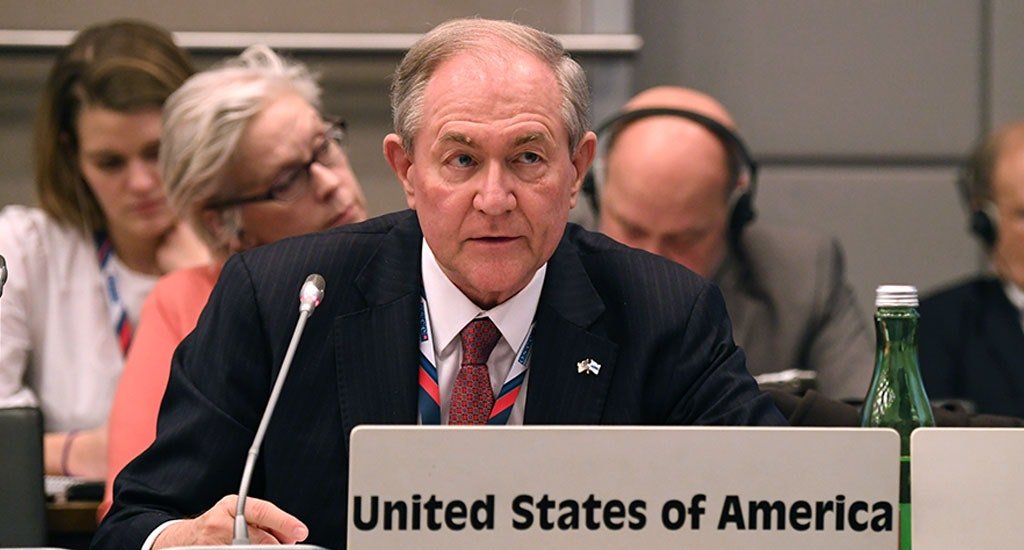 Gilmore as RNC Chairman in 2001 built the same sort of wide coalition that he campaigned upon as governor in 1997 under the Gilmore-Hager-Earley ticket, as the WaPo noted:

Beyond this, Gilmore’s slogan — NO CAR TAX — evoked echoes of Virginia’s populist past, when Henry Howell almost won the governorship in the 1970s by crusading against the state’s sales tax on food and nonprescription drugs. In effect, the car tax was, for suburbanites, the equivalent of the food tax for the urban and rural poor — a regressive levy on a necessity of life. At a stroke, Gilmore sliced apart the Democratic coalition, with a slogan that appealed to black voters as strongly as to suburban whites.

Gilmore followed through with a robust support of HBCUs and a robust fight within his own party about keeping his promise to end the universally hated car tax where Virginia Republicans ultimately came up short — a promise still unfulfilled, but certainly remembered by taxpayers disproportionately hurt by the highly regressive tax burden every six months.

At present, the former ambassador to the Organization for Security and Co-operation in Europe (OSCE) is still a potent and remembered force for many Virginia Republicans — and can still deliver a stemwinder of a speech.

For Virginians looking for a path forward in a tight political environment, Gilmore’s conservative optimism linked with grassroots populism was far ahead of its time — a known quality among those who respected his work on behalf of minority communities as equals and peers.

Contrast this with the condescending scolds of today’s Democratic Party who just plunked down $10 million to fend off two progressive gubernatorial challengers and re-nominate a guy in blackface?

Not sure what is worse. The open disrespect towards black Virginians or the condescending expectation that they are going to simply fall in line and vote Democratic — just because.

Good luck with that.

Jack Kemp used to ask minority urban communities that if Democratic policies were failing them — and they were — to give the Republican Party a try. If we don’t listen, do our job, and promote leaders of color who are expanding opportunity in our communities? Fire us.

Against examples such as George Allen, Jim Gilmore, Bob McDonnell and incoming leadership such as Glenn Youngkin? Seems like the contrast with Terrence McAuliffe, Mark Herring, and Ralph Northam the choice is pretty darned easy.

If you haven’t seen this yet, check out Liberty University graduate Jane Marczewski ‘s performance on America’s Got Talent. Admittedly, I do not watch this show even a little bit.

Trust me, though. This one is worth it.

Also, if you’re looking for a good read as to why removing classics departments by woke progressives in academia remains an incredibly condescending and ironically racist move, Dr. John McWhorter has a beautiful takedown of this mentality in today’s edition of It Bears Mentioning.

Just read it all.

Have an awesome Thursday, my friends!