It is said that, “The eyes are the window to your soul.” There are people out there who think that animals are more in tune with this world than we are. Those who who are paying attention will see it as well. Those who are in tune with this world, who understand the subtle hints that are subconsciously given off by all living things, are acutely aware of a change. It starts with the eyes. In this digital world of ours it is difficult to discern these hints through the images we see and hear broadcasted over the airwaves and cable, but it is still there. A subtle shine, or lack thereof, in the eyes. It doesn’t end with the eyes, though, as it’s also in the face and body language.

With just the eyes it can give off the hint of,  “I’ve got a secret” or it could be the sign of innocence and hope. Combining the hints from the eyes with the face and body language you can make out more of the meanings. Tension lines, smile lines, sorrow, anger, these are all just subtle things one can discern from observing a person. Without understanding the signs, most would not recognize what is going on. Understanding these signs comes from several factors though. Physically knowing the person is one of the easiest factors but following or watching the person in various settings over a long period of time will also help gain understanding. 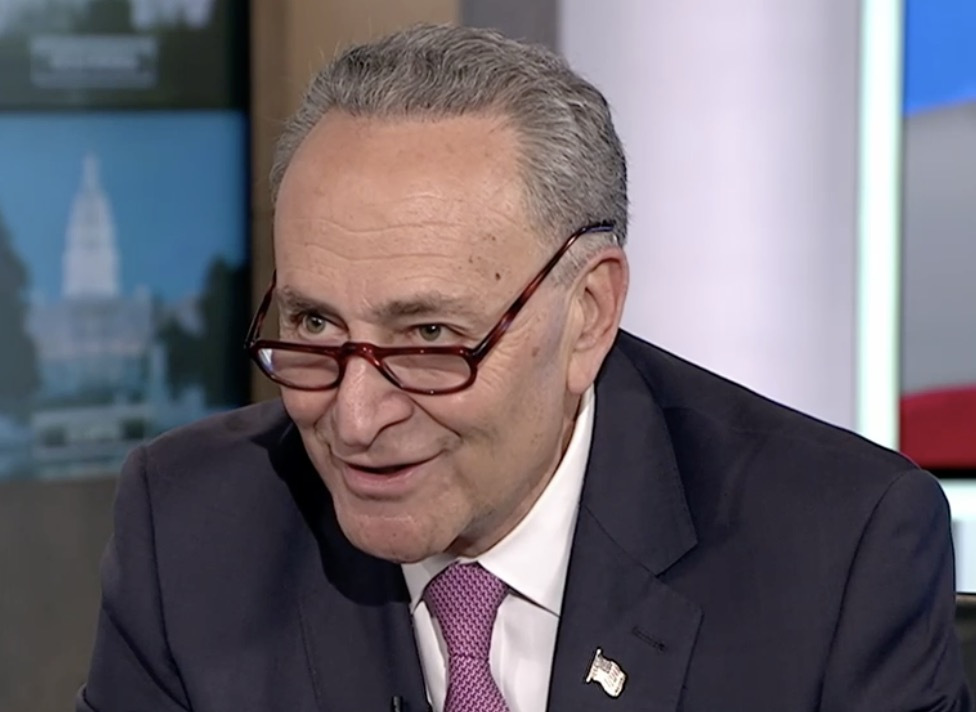 Personality quirks they are called. Subtle hints that are the chink in the armor of the perfect poker face. Understanding a person’s personality quirks goes a long way toward understanding the hints they subconsciously give off. Take, for example, Chuck Schumer’s “6 Ways from Sunday” comment. His eyes have a glint in them denoting something but it’s his smirk and smile lines and his body posture of leaning forward that give away his ploy. “I’ve got a secret.” What was his secret? Well we are just now finding this all out.

Glenn Beck put together a great video from October 4th 2019 going over the whole scandal.  It puts together the pieces of the puzzle in a well-designed timeline. Love him, hate him, or undecided, if you are confused on the story so far I suggest you check it out here.  If you go back and look at pictures and videos of the players from the beginning of this to now you can see a major change in their eyes and body posture, much like the one I mentioned with Chuck Schumer above. Those who understand the hints and/or can easily identify them, already have been watching this whole thing unfold with an air of anxiousness or “goosebumps.” Many people can identify these hints without understanding what it is they are identifying. “I’ve got a gut instinct this guy is bad.”

It is instinctual for people to be able to pick up on the hints given off by others. Through the mainstream media and the distraction culture of the Digital Entertainment Era, we have slowly begun to lose those instincts. To those who still hold onto those instincts it is clear to see the players’ change in their poker face. To those who were distracted by this culture they are blind and believe what they are told to, despite what their eyes and ears are telling them. Soon these, too, will be forced to accept what their eyes and ears are screaming at them, and they will be seeking answers from those who know.

Those who know, and seek to aid others, will be the ones at the shelter doors holding out their hands to those who do not. Those who refuse to believe the storm is upon us, even after the rain begins to fall, will be the ones caught out in the open when this all comes down. To those who know, be kind to the ignorant for they know not what they do because all they have been told is a lie. When the lie comes out in full, it is up to those who know to calm the minds of those who refused to listen to their own instincts. To those who worry about those who continue to refuse aid because their belief in the lie has become all-encompassing, I simply suggest they look to the morals from the story of Noah.

There is a change in the weather. Do you see it? Can you hear it?