July 10, 2021 – An American-hating lefty twit meets one of the Biden Democrat government officials and has a few questions: So, what’s socialism anyway?  “Well, says the lefty Marxist operative, we take care of you, we find a nice pad, give you a little money, we take care of your health, and we pay off all your school debt.” OK, that sounds good says the twit, what about dental care? “Nope, we don’t do that, it’s too expensive and all the dentists quit. Well then, who are the doctors? “We bring them in from Africa, China and India.” What happened to all the American docs? “Well, when we imposed socialized medicine they all quit so we put the ingrates in a FEMA camp.”

So, if you pay for my food, can I get anything I want? “Not quite, but tell me what you want?” Well, things like a little pot, steaks, beer, booze, cokes, ice cream, hot dogs, burgers, you know, American food. “Sorry, but except for the pot, we’ll give you bags of pot, we don’t think any of that other stuff is good for you. We are going to kill all the cows because they fart too much — bad for the planet you know.” So what do I get then? “We provide free rice, grain, beans, flour, lettuce, tomatoes and water. A big truck will show up on your block once a month and unload everything in 50-lb bags and you just cook everything. You bring a wheelbarrow and cart it home.” Why can’t I just drive my car to meet the truck or go to the store?

“Well, we plan to confiscate all the cars including yours and ‘we’ don’t like gas and oil so we will get rid of it.” But, I like my car … “I’m sorry, but it’s too late, you voted for us and, you know, we told you we were socialists. HAND OVER YOUR KEYS TO THAT SOLDIER RIGHT NOW!”

I have a cell phone and like using social media to talk to my friends.  Are you paying for it too? “No, in fact, we’re shutting down all the cell services as well as all social media. We don’t want our new socialist citizens communicating lest they try to organize against us.”

So, what about the vaccine, I don’t want to take it? “Tough, we insist and you will be forced to take the juice.” But I heard that it has trackable Nano-particles and it might make people sterile and even kills some. “That’s the idea, stupid! Just shut up wear your mask and obey.”

So, what about television and movies, clubs and sports? I like football?  “We will have free TV, so no worries, there will only be one news channel — ours, and all the movies will show our films made by Obama at Netflix. You will be glad to know that sports are now totally free, no gate fees. Humans of all kinds will play together, no more overpaid overgrown single sex athletes. No more separate bathrooms, too costly and not fair to the gender impaired and confused.” Well, if there’s no more hotdogs and beer what will the fans get who go to the games? “Tofu and water, all free of course.” Gee, that doesn’t sound like much fun. What’s tofu? “Never mind, you’ll learn to like it. OR ELSE!”

What about my computer, I like to surf the net? “Well, you will still have your computer and now the internet connection is free but we’re taking down all the sites we don’t like and replacing them with just one — us!” So, what about sites with girls in swimsuits, I love watching the girls? “Sorry, not any more, now it will just be gay and LGBQ shows with a lot of pedophilia and government propaganda which we approve of.”

I like to hunt and I carry my gun everywhere. I have it now.  “HAND IT OVER, BUD, NO QUESTIONS. HAND IT OVER OR SPEND THE REST OF YOUR MISERABLE LIFE IN GITMO OR WORSE. ‘WE’LL’ TAKE THAT SHOTGUN TOO!  Personal firearms aren’t permitted under severe penalty. We are sending the military out this week to confiscate every single one with orders to kill anyone resisting. We can’t have armed citizens, you might not obey us.” Holy moley, you guys never said that? “Yes. We certainly did — we have been saying that for years, you weren’t listening, you dummy!”

I’ve been flying down to Florida every year for two weeks and going on cruses. How will that work out — will you be buying my vacation tickets too? “We aren’t planning on letting those dirty jets fly anymore polluting our beautiful skies. As of next week, they are all permanently grounded and the same with the cruise ships — way too expensive and not suitable for our new socialist citizens. There are no more vacations, we will assign you new jobs and you will work at them every day, no days off — ever.” What if I don’t like the job? “The alternative for disobedience will be work and death camps, take your choice.”

My wife and I like clothes and trying different things. Are you guys going to pay for new clothes too? “Not exactly. We’re issuing each citizen five sets of coveralls, all the same color and that’s what you will wear each and every day.” What if I don’t like them or if my wife and kids don’t. “Maybe you weren’t listening? We’re in charge now — you have no say in anything, You do what we say, you work where we say, you wear what we say and you eat what we give you. There is no more ‘I don’t like’- understand?”

Hey, I noticed that all this week I didn’t have any electricity. What’s with that, it never happened before? “Well, we shut down all the old dirty planet-killing coal, gas, hydro and nuclear power plants with friendly, clean wind and solar. Not to worry, it’s free.” But yesterday it was 30 degrees in my home and there was no electricity. We were freezing, my kids were sick. “Well, we understand but, it’s been raining and snowing for a week and there’s no sun and no wind so everyone has to suffer to save the planet — get used to it — get a better coat and tell your kids to run to warm up.”

So, how are you guys going to manage the economy? I’m working as a mechanic for Ford. “Well, we’re glad you asked, all private business will be closed and, as there’s no private cars, there’s no more Ford. From now on, you work for us!” Well, how are you planning on paying for everything? “Listen idiot, we own the printing press — we will just print all we need.” But what about innovation, research and development, better products, competition, progress? “Forget about that 19th century capitalistic nonsense.”

“We have everything you will ever need. The stores, which we nationalized, are full of stuff.” But, once that’s all gone, the factories closed and no one is inventing better stuff, what then? Won’t other countries get ahead of us, what about China? “Well, glad you asked, our Chinese buddies are sending 50 million of their soldiers here to help us confiscate the guns and cars, they will stay and help us get the social credit program and cameras rolling and we are trading patents, natural resources, gas and oil and land for Chinese goods.”

So, in two months there’s an election maybe we can vote you guys out of office and get back to a normal life? “Sorry there, bunkie, but we cancelled all future elections; too time consuming, troublesome and expensive. Besides, only we can get on TV and radio and “we” control the voting machines.”

There are a lot of Americans, like maybe 75 million, who didn’t vote for you like I did. What about them? “Not to worry we know exactly who they are and where they live, we plan to deal with them all.” How? “We’re building camps to help them all learn how good we really are and, after a few years, they will be much better citizens.” What if they aren’t? “Well, in that case they won’t be coming out will they.”

So, I go to church every Sunday. With no car, how do I get there? “Not to worry, there will be  no more churches, religion is too expensive, takes money from the state and its message gets in our way, so forget about it”… Wow, you never said anything about all that when you asked for my vote. “There’s a lot of stuff we had to keep under wraps otherwise you wouldn’t have voted for ‘us.’  So, why are you telling me now?  “Because stupid, it’s too late, we we’re elected and you voted for us”

The moral, ELECTIONS HAVE CONSEQUENCES! 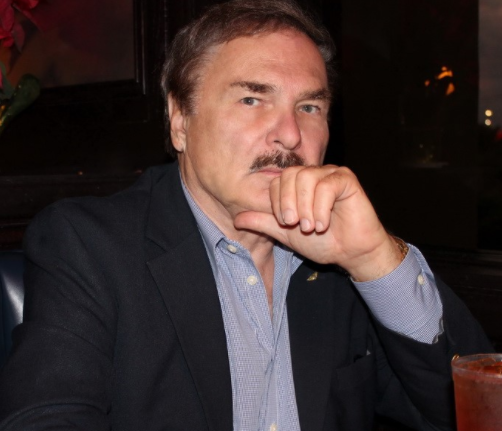 Robert J. Firth is an airline pilot with 42 years experience flying aircraft worldwide. Robert lived and worked many countries throughout his career, including 3 years in Vietnam, 5 in Africa and 12 in Europe and Russia as well as in Taiwan and HKK.