This article will explore an often controversial and emotionally charged subject: the Israel lobby and her influence in the United States. Focusing not so much on the State of Israel, but on the numerous organizations and groups that defend, promote, and lobby for it in the US.  We will uncover the tactics they use, the influence they have, the resources at their disposal, and the special treatment they receive relative to other foreign lobbying groups.

This influence is spreading at an alarming rate on college campuses and in our political offices. This extreme ‘Pro-Israel’ ideology is no longer representative of the views of the vast majority of American citizens. These groups often promote anti-American policies, such as Orwellian hate speech laws and promoting wars that are no longer supported by, nor do they benefit, most Americans.

An article from Global Research in 2012 entitled ‘How The Israel Lobby Works in the United States’ outlines this stranglehold on our politicians by members of the Lobby:

One of the most influential lobbying groups in America, it is often argued that no politician can be elected into office without AIPAC’s support. No president can take the White House without affirming unbreakable allegiance to Israel, and attendance at the annual AIPAC meeting is mandatory. Once in office every member of Congress is expected to act, vote and defend the State of Israel on almost every issue, or face the consequences. – Global Research

Indeed it would seem that most politicians, whether ‘liberal’ or ‘conservative,’ often march in lockstep on any issues related to Israel. These lobbying groups often sponsor ‘all expenses paid’ trips to Israel for American politicians. 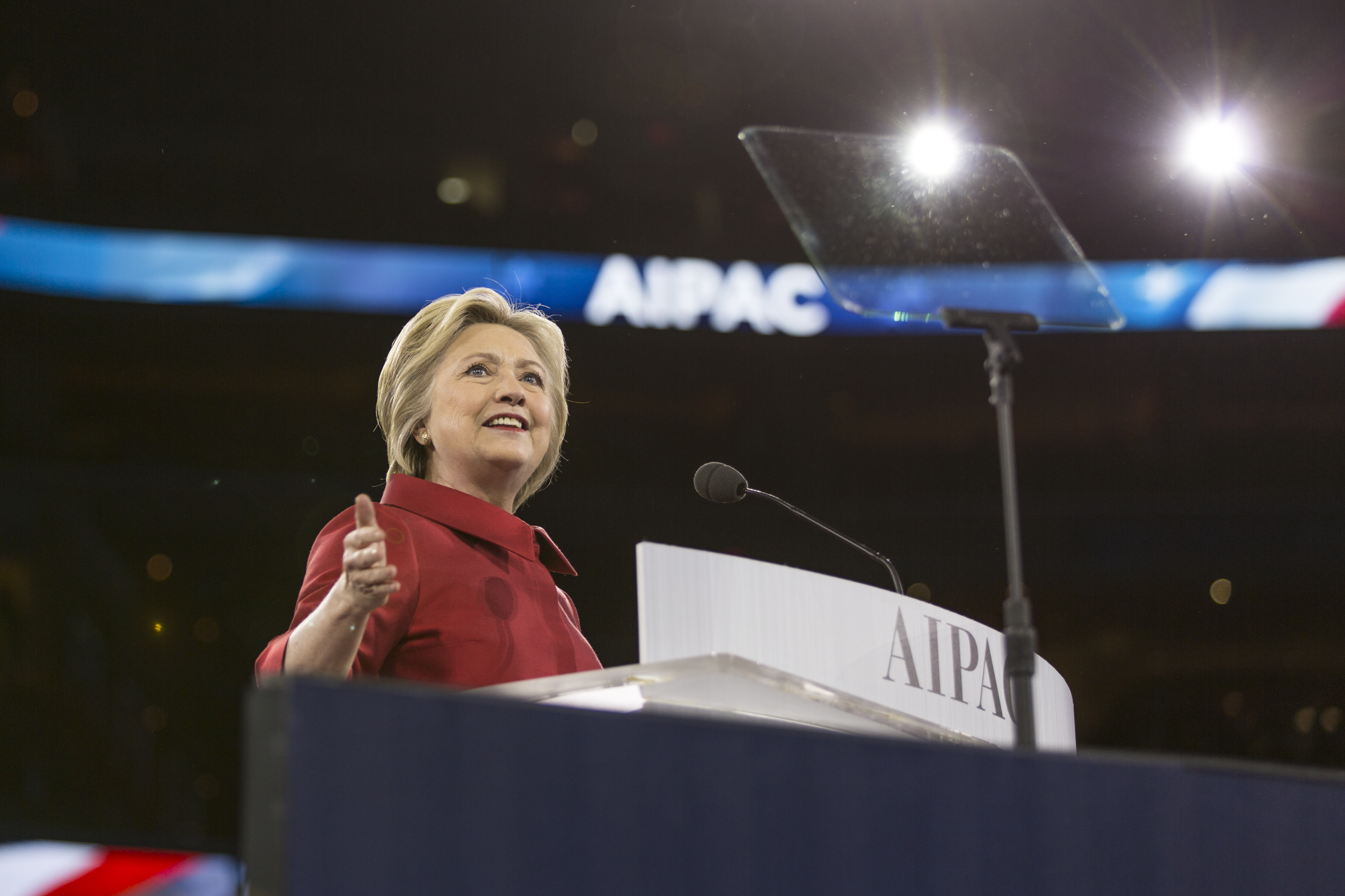 The article goes on to detail an anecdote from the writer’s personal life and experience. A classical musician, who had worked closely at one point with an AIPAC representative who relayed some of their tactics:

After 9/11, the atmosphere in America became highly charged. My friend Sarah (not her real name) lost no opportunity in blaming Arabs for every attack in the US, for not only 9/11 but also every violent act before or since. Before we ended our relationship, she explained how AIPAC controlled Congress.

Several years earlier Sarah had been a leading AIPAC representative. Confident in America’s ability to ‘go after’ the Arab terrorists who wanted to destroy Israel and the West, she explained how the wars in the Middle East were due to AIPAC’s influence. She knew the system from the inside because she was a part of it.

AIPAC watched every political race in every election, she explained. Whether local or national, AIPAC had dossiers on every candidate, grading each according to their loyalty to the Israeli state.

AIPAC, according to Global Research, has for decades been monitoring Americans on behalf of a foreign nation. Whether or not that foreign military state is an ‘ally’ of ours does not matter. It’s a foreign power with allegiances. Alliances often change over time as leadership in the respective nation’s changes. One must wonder how many other ‘lobbying’ organizations have obtained dossiers on American citizens without their knowledge or permission. The author then goes on to explain some very troubling information:

Once the newly elected moved into their new offices in Washington DC, Sarah would lead a delegation of AIPAC members to the capital city to pay them a courtesy visit. The new Congressmen and women welcomed the lobby, AIPAC merely expressing good wishes for their new terms. The meeting would last less than twenty minutes, nothing but pleasantries and a photo-op having passed. Upon leaving the team would then add, ‘Anything you need to know about the Middle East, contact us. We’ll provide whatever information you need. Here is our telephone number, and someone will get back to you right away.’

I wonder how many fresh-faced, naive junior members of Congress assume this is normal and innocent. Without their knowledge, the lobby has been profiling them, creating dossiers on them, and coming up with scenarios for how much support for a foreign power they can extract. By going about it in this round-about way, they are able to avoid having to register as agents of a foreign nation under FARA.

After a few months, a third visit raised the stakes. Senior AIPAC delegates would visit the office, this time with a metaphorical gun in one hand and cash in the other. Funds could never be presented directly lest laws be broken. Instead, having studied the Congressman’s family, friends, hobbies, chosen causes and voting record, AIPAC would add financial incentives to make the more reluctant ‘see the light’ for its services.

‘Your eldest daughter is going to college next year isn’t she? That’s expensive. Perhaps a full scholarship could be arranged,’ Sarah illustrated. Or, ‘Your wife lost her position last year? Maybe we can help secure a new career for her’ in a law-firm, think-tank or other environment where AIPAC maintained leverage. If not direct, other benefits important to the Congressman would be dangled. The point was lost on no one.

Skirting laws, AIPAC’s largesse was provided with heavy expectations. A Congressman knew that if he did not vote in favour of Israel in the next Bill, his perquisites would be dropped. Moreover, it was evident that support for his re-election bid was either guaranteed, or—if not pro-Israel enough—not only withdrawn but an organised campaign would ensue to make sure he was defeated.

AIPAC works with a heavy but quiet fist. It has been using propaganda and threats for decades because it works. Having tried unsuccessfully to influence the British government in the 1940s, the Zionist body switched to manipulating the US Congress because it was an easier more malleable target, as the officials admitted themselves. – Global Research

The Washington Report on Middle Eastern Affairs held a panel discussion with former Congressmen Jim Moran and Nick Rahall entitled ‘Fighting The Israel Lobby In Congress’ that explains these tactics in more detail:

Grant F. Smith, author of ‘Big Israel: How Israel’s Lobby Moves America’ and director of the research institute Middle East Policy, Inc., delivered a presentation on November 16, 2016, that discusses the history and implications of what the Lobby is doing.

Here are some of the slides: 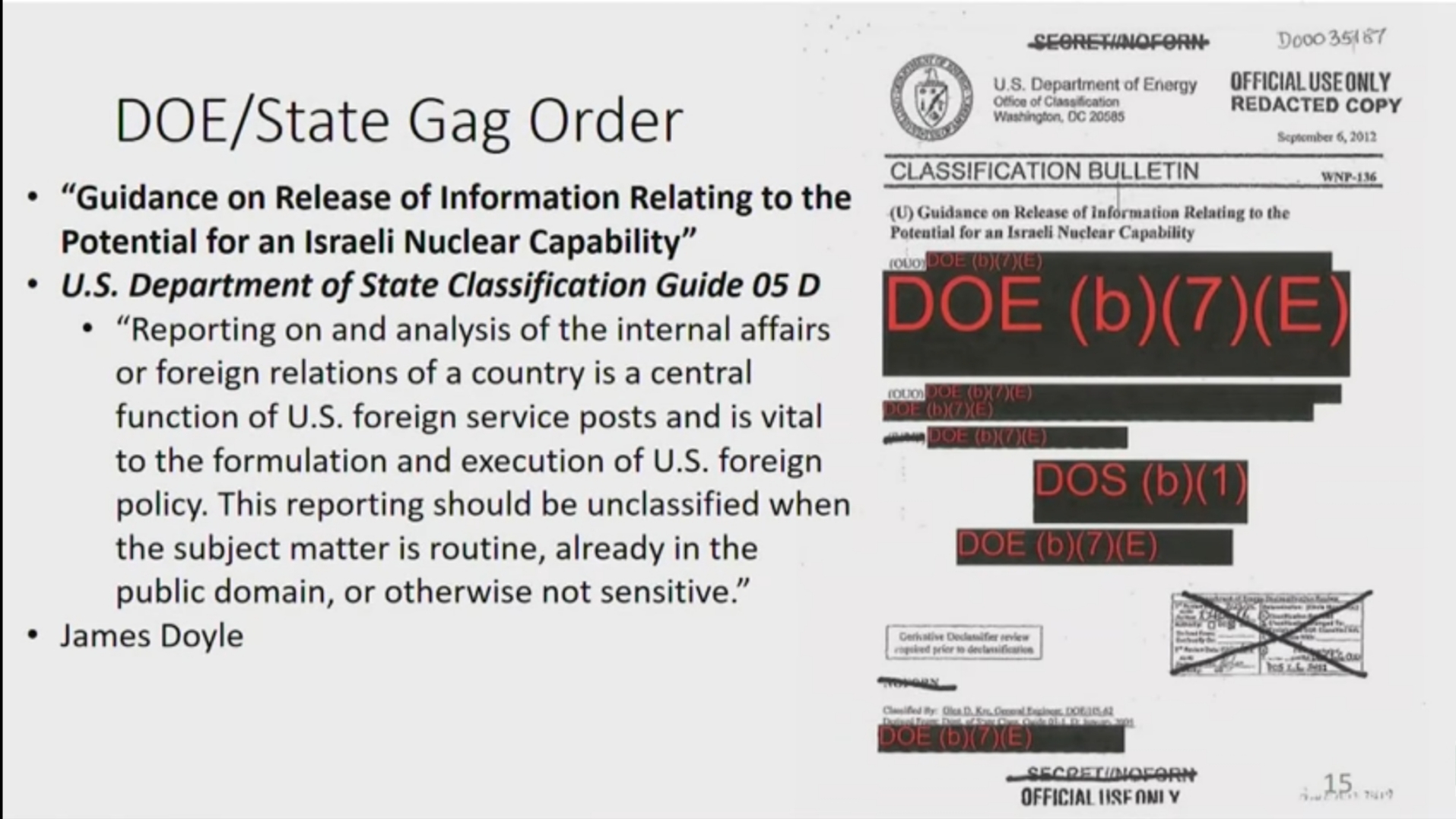 This slide discloses the existence of a gag order regarding the discussion of Israel’s nuclear capability. It most likely exists due to the theft of nuclear technology from the U.S. by Israeli spies such as Jonathan Pollard. The gag order protects the USIC (U.S. Intelligence Community) from embarrassment and having to explain another Intel failure. 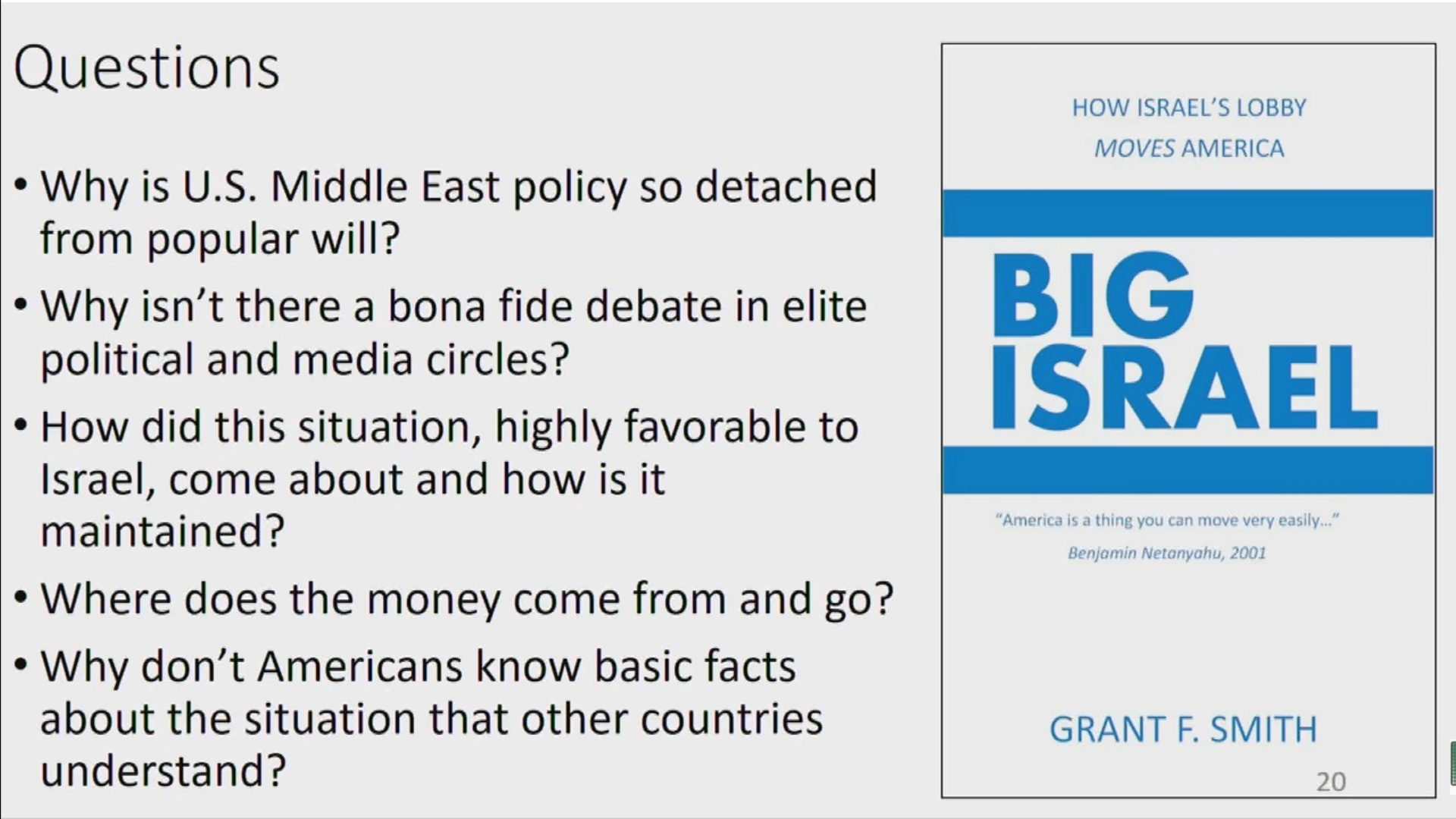 This slide gets into the questions that many Americans and former servicemen have regarding our current policies toward the State of Israel. 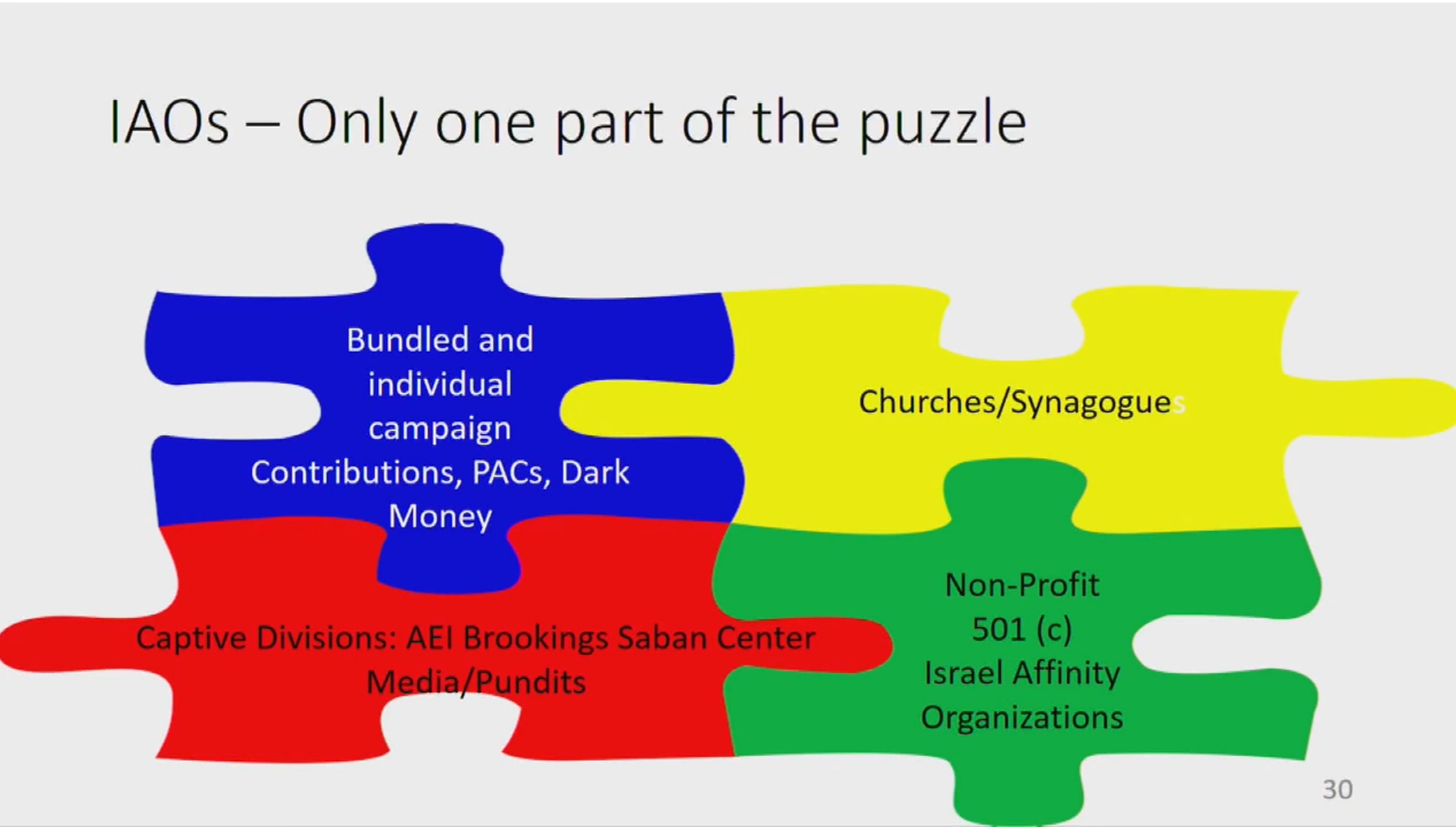 This slide shows just how many individuals, organizations, and groups are involved in essentially running operations against American citizens. Haim Saban is the current owner of the ‘Uni-vision’ television network and was a major donor to Hillary Clinton. He is also on the board of Brookings Institute, a think tank in Washington D.C., that is often very critical of President Trump while promoting globalism. 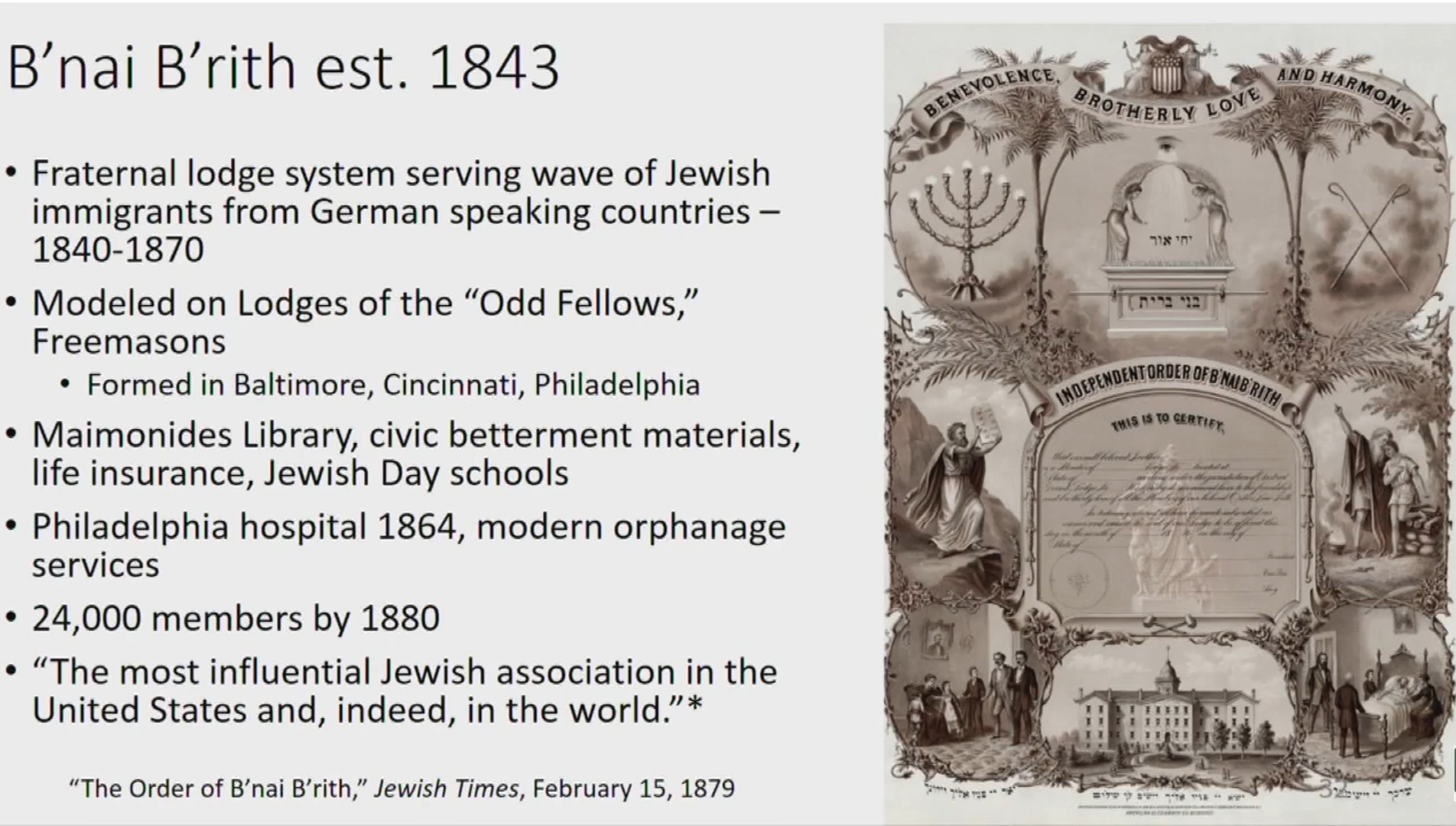 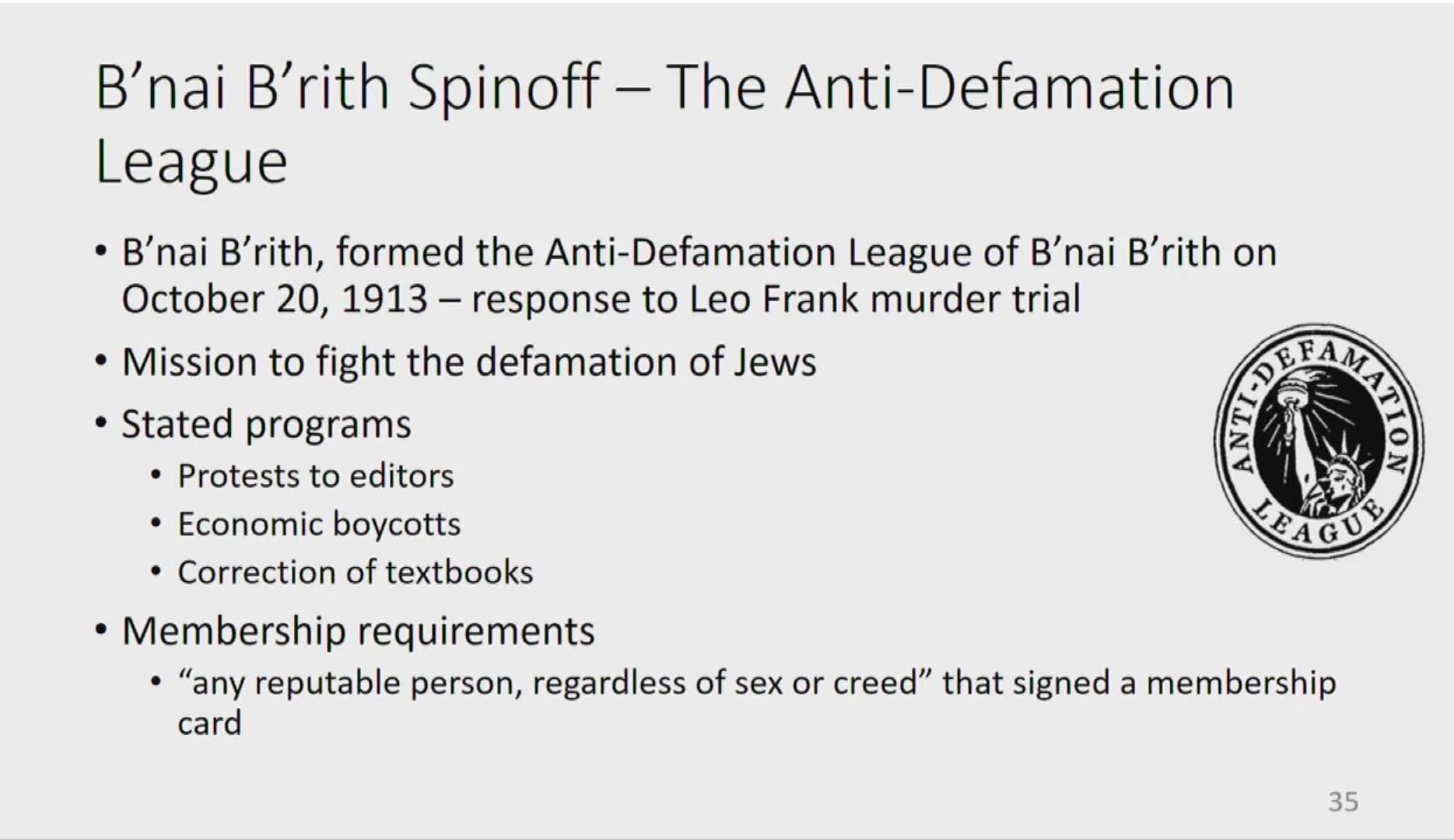 The Anti-Defamation League (ADL) is an organization that purports to be against defaming others, yet they seem to defame anyone who questions American foreign policy as it relates to the State of Israel. 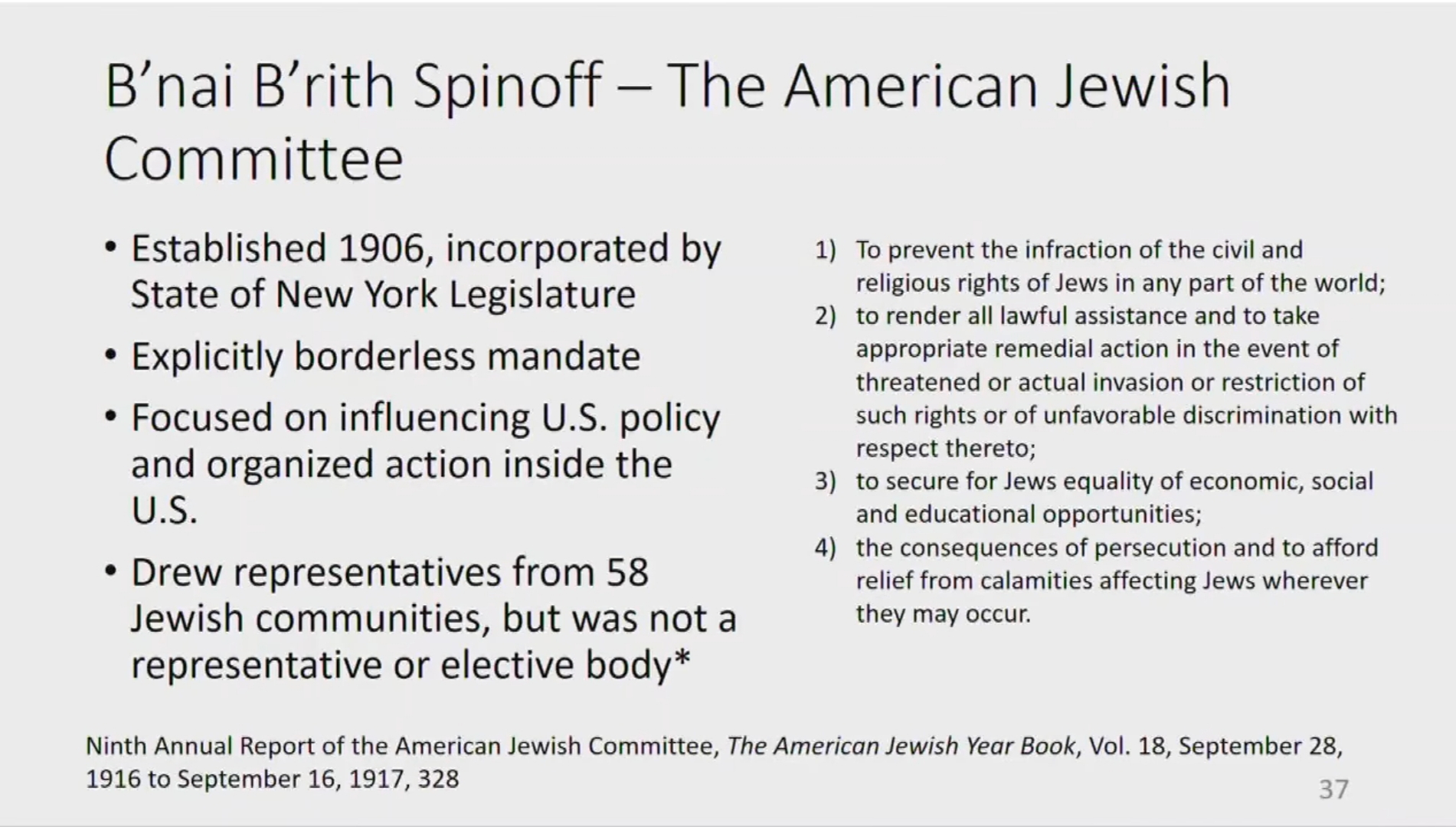 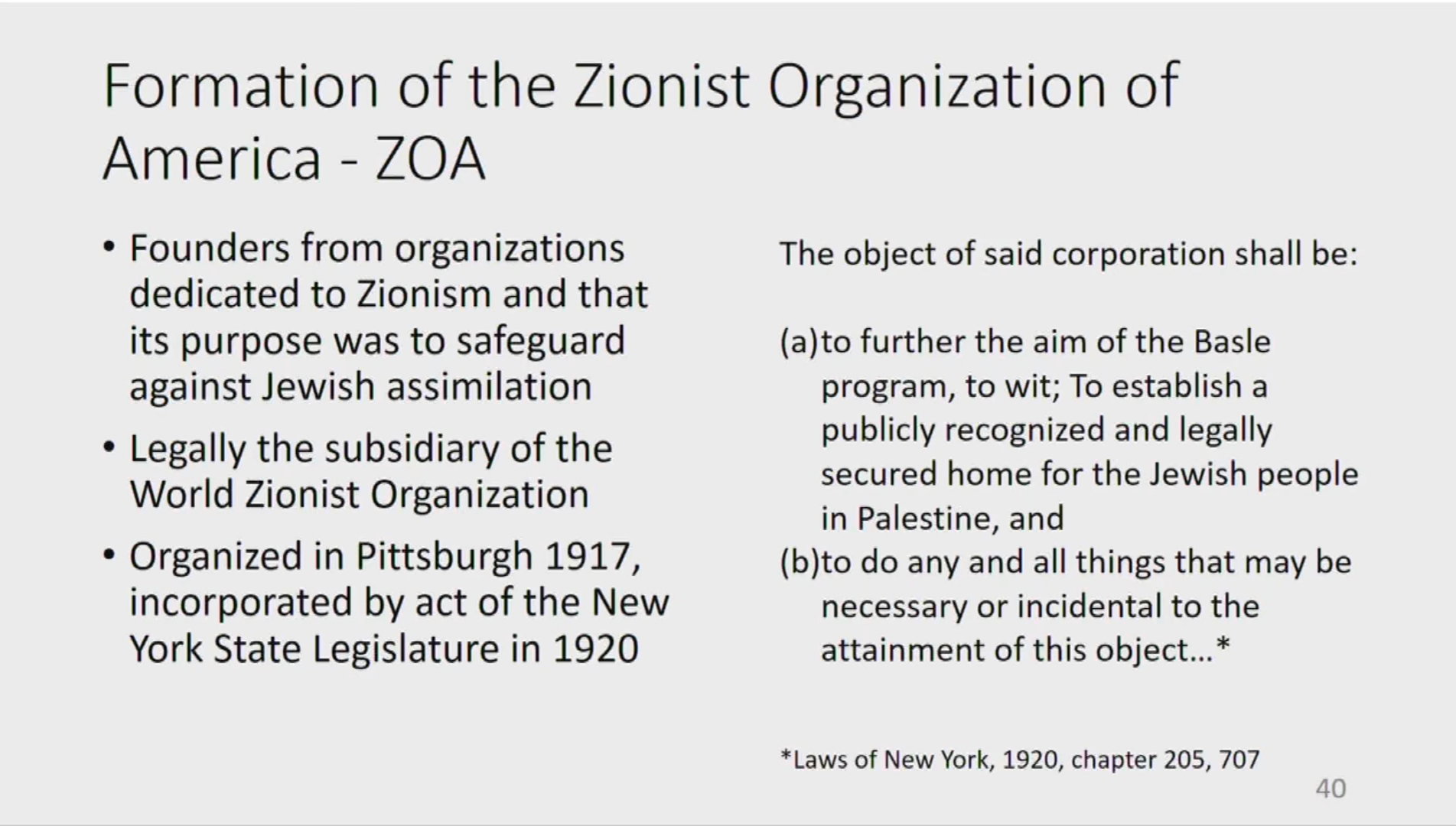 What the slides detail is an incredible web of groups and organizations all over the world working together on behalf of Israel. Just last week we wrote an article detailing the NSO Group hacking into the phones of hundreds of journalists, activists, and human rights groups. 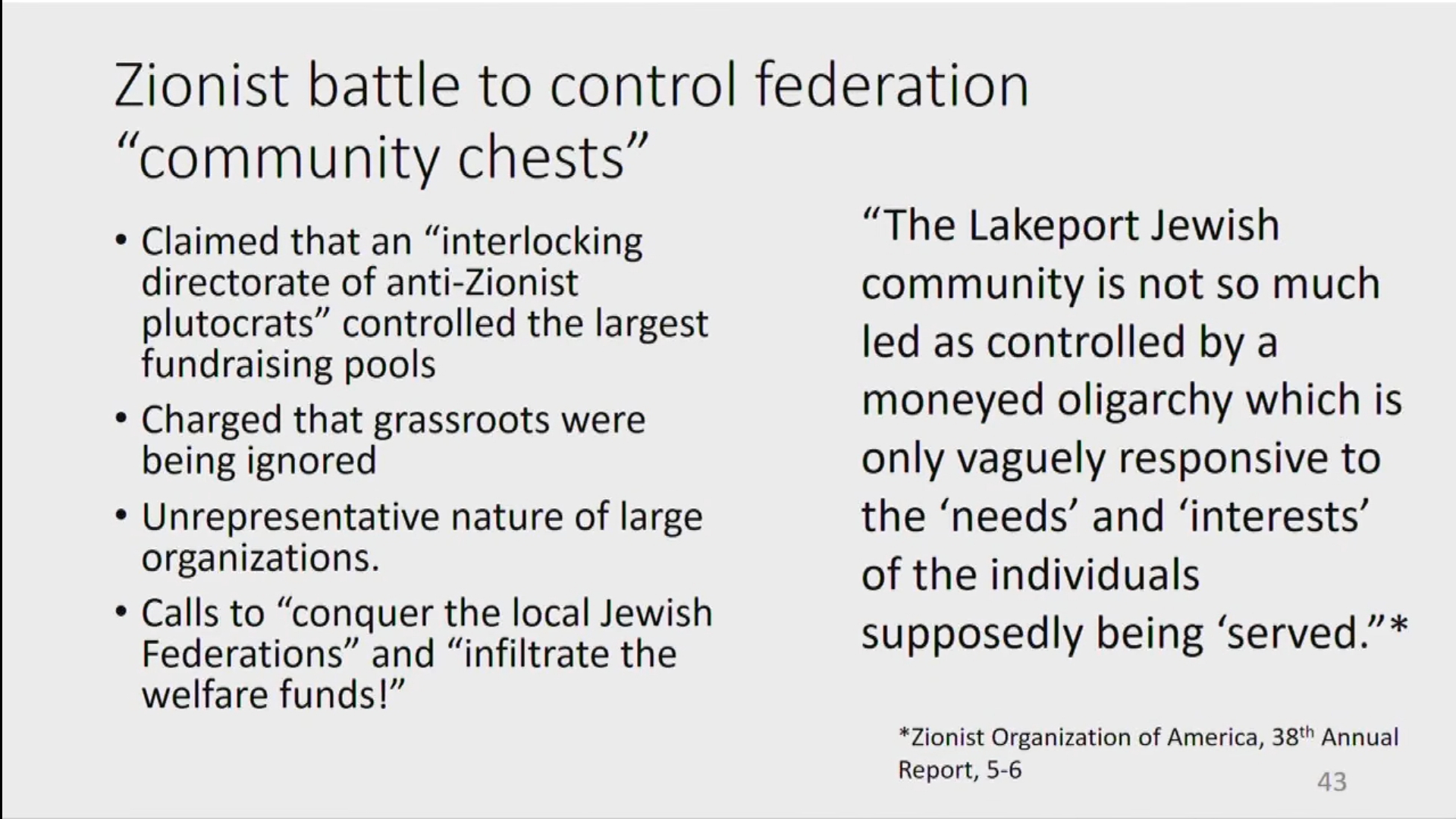 This slide also shows how these politically motivated groups started taking over religious Jewish groups from within. Many Americans do not understand that Zionism does not necessarily represent the will of the Jewish people. In fact, Jews who have spoken out against the State of Israel have found themselves targeted by extremely hostile methods. 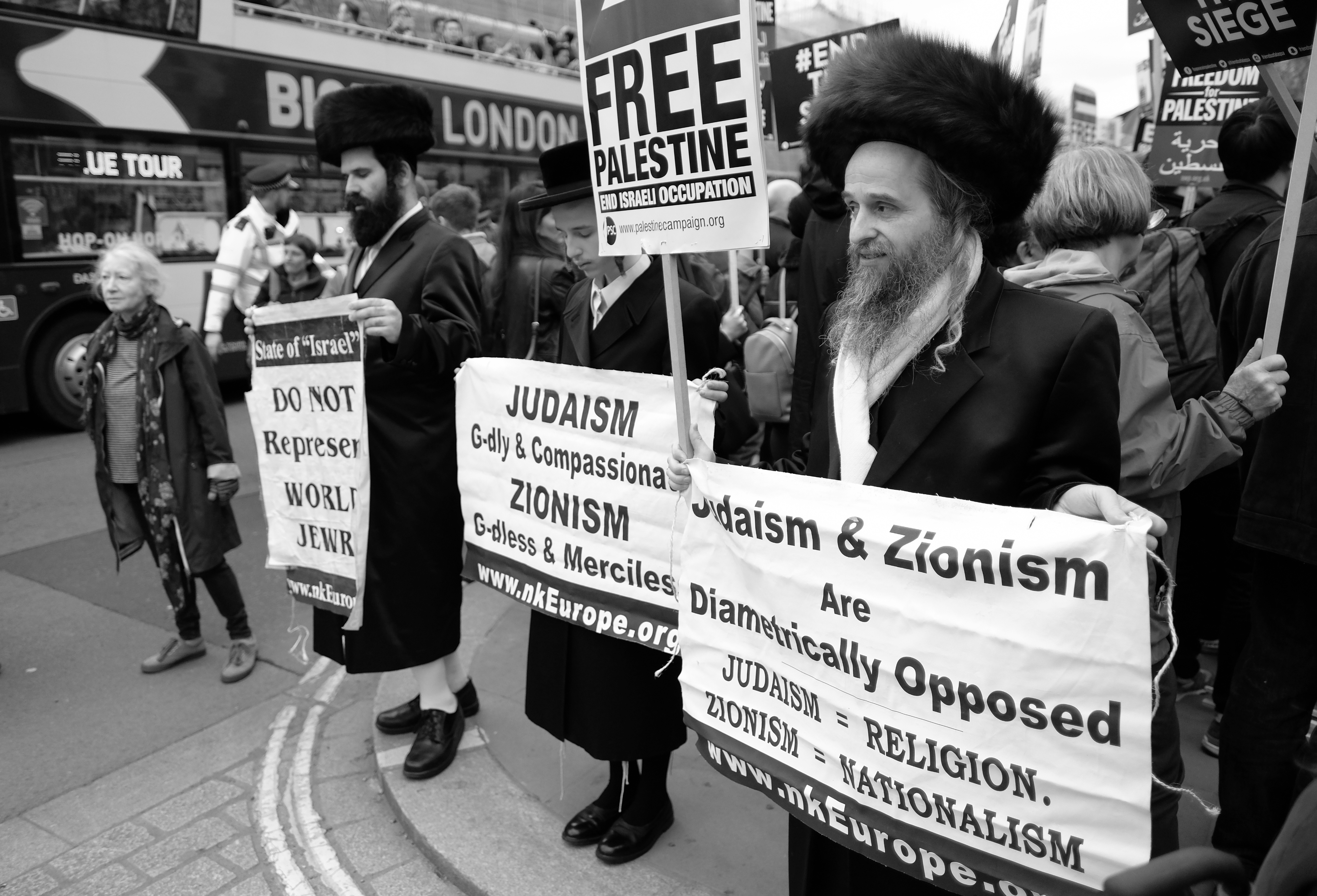 Some Jewish activists have stated that political Zionism is not compatible with the Jewish faith or its’ traditions. These ideologies are diametrically opposed. The ADL will target and smear these members of the Jewish community as ‘Anti-Semites’. 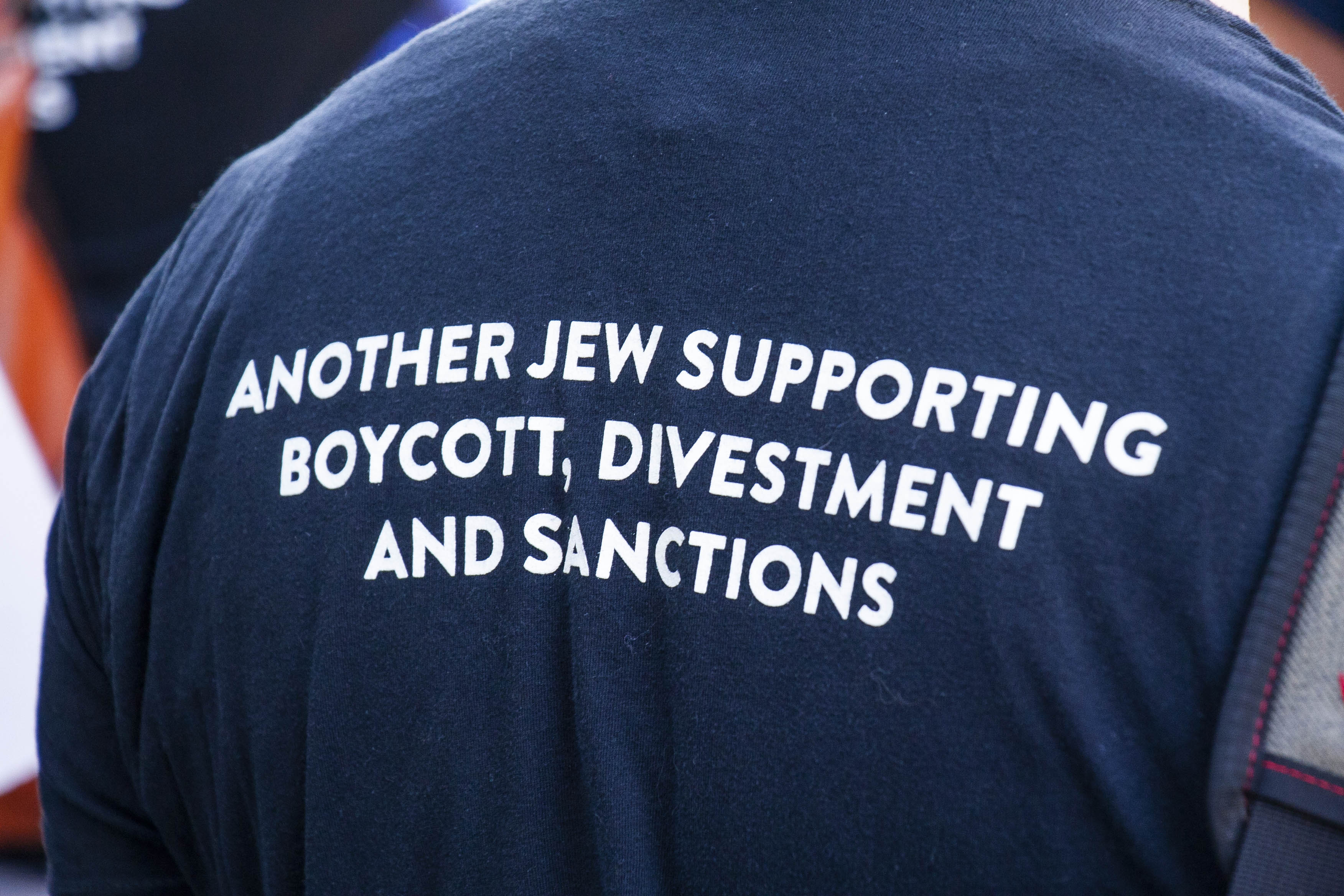 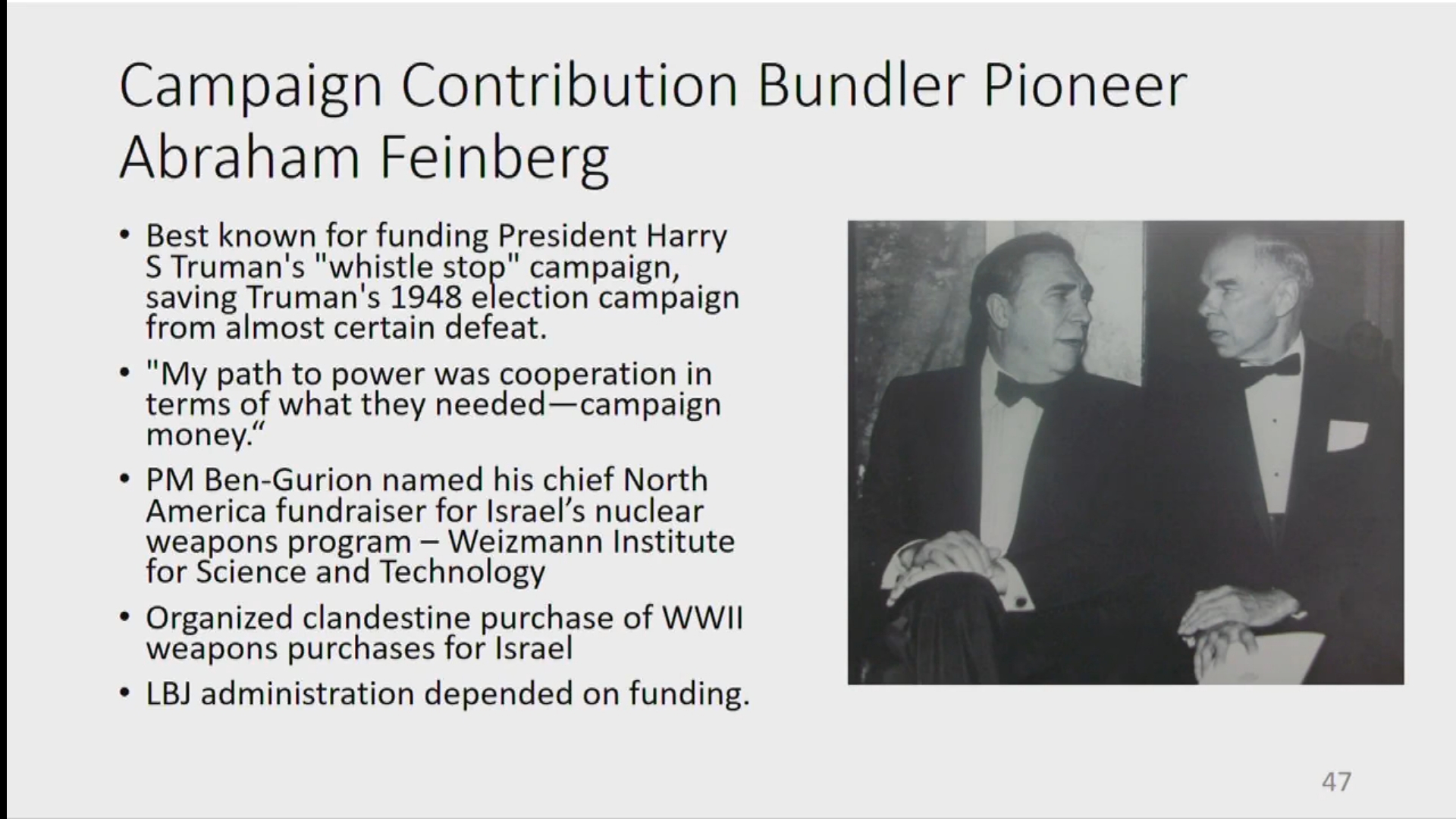 Here we see a slide that details the creation of what is now known as campaign contributions ‘bundling.’ 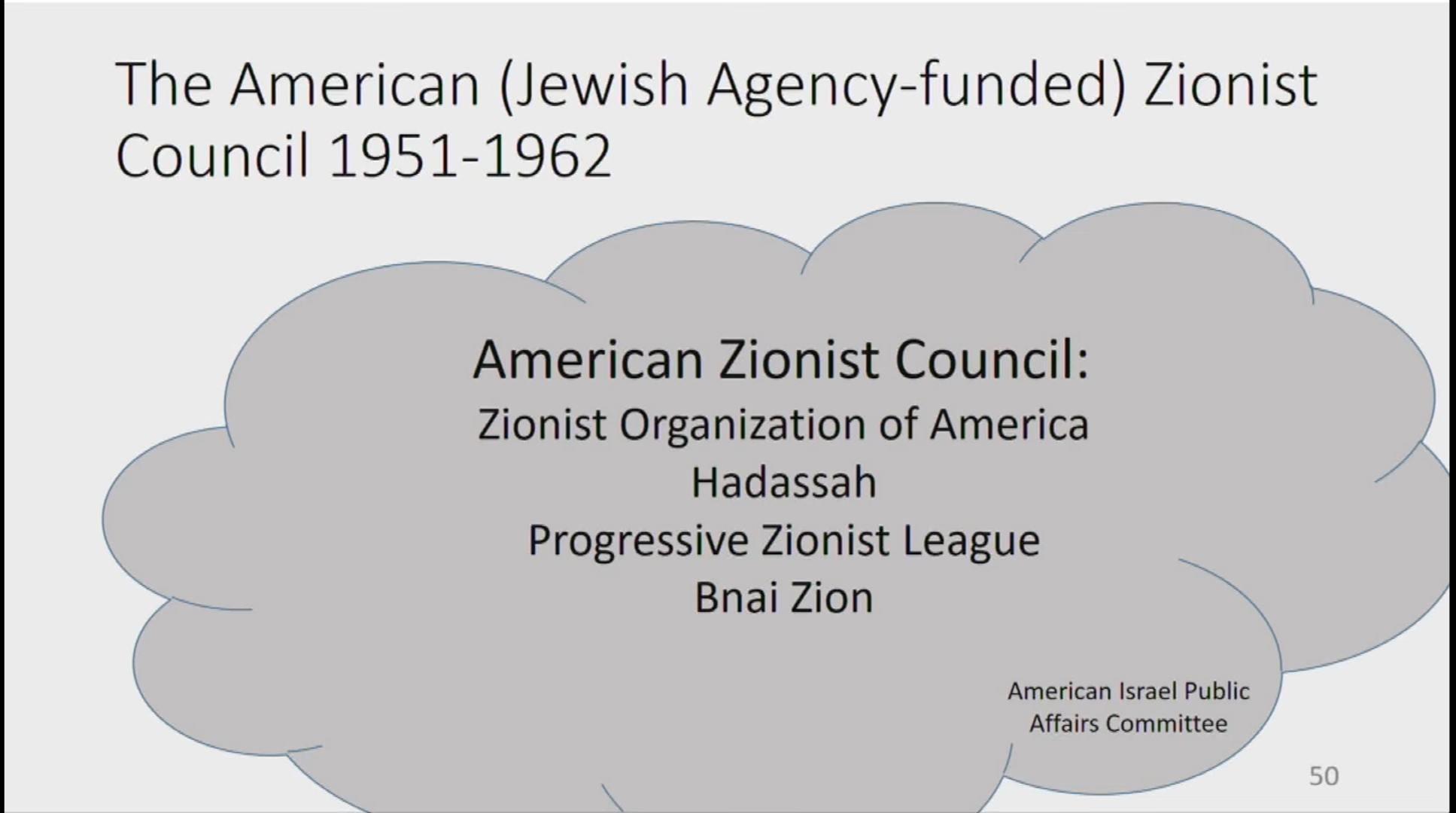 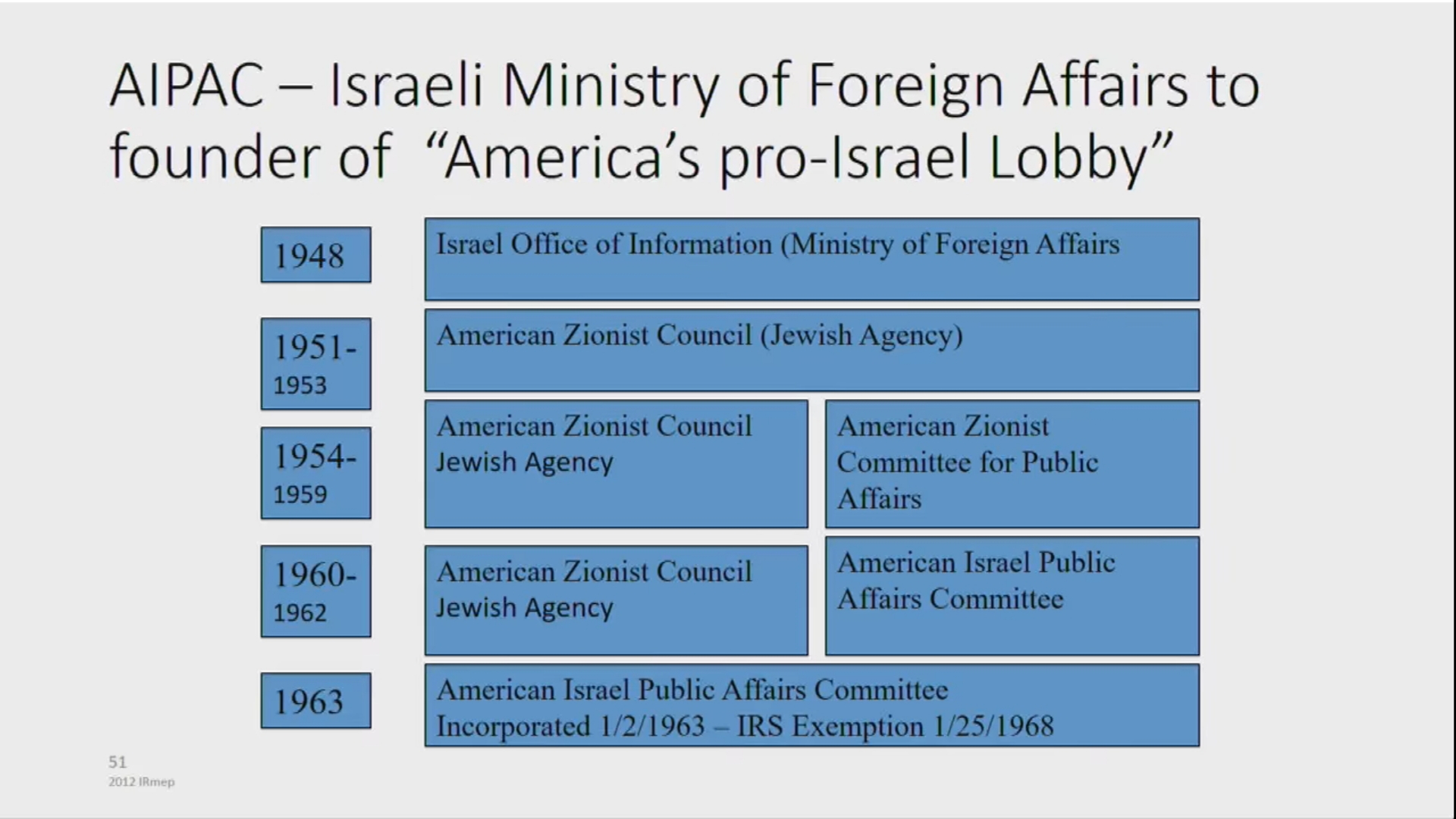 Although AIPAC claims they do not take money from Israel and thus do not need to register under FARA, their history and organizational structure would suggest otherwise. 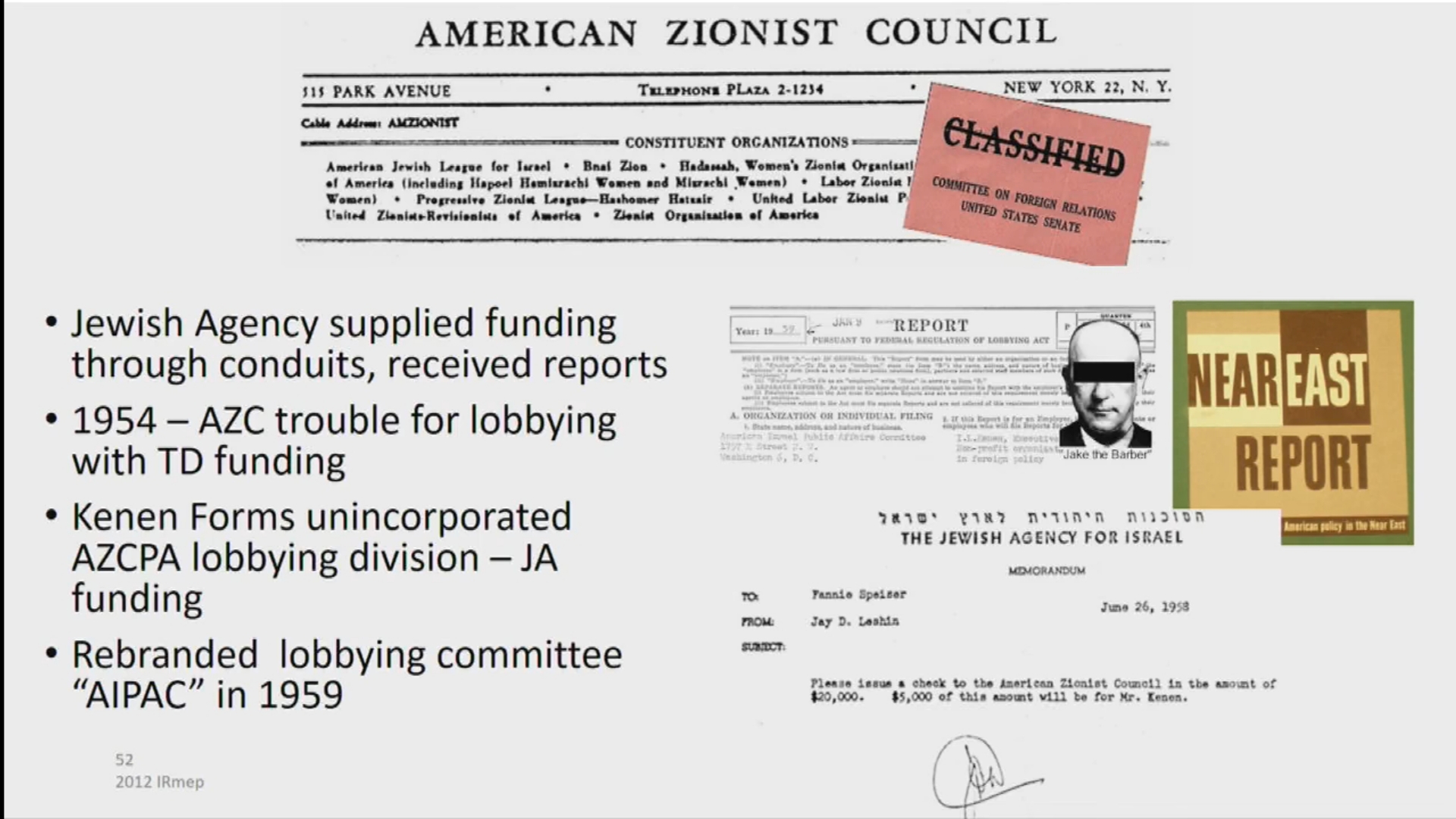 Next, we will look at some internal documents from these groups that show a concerted effort to control the flow of information to the media. 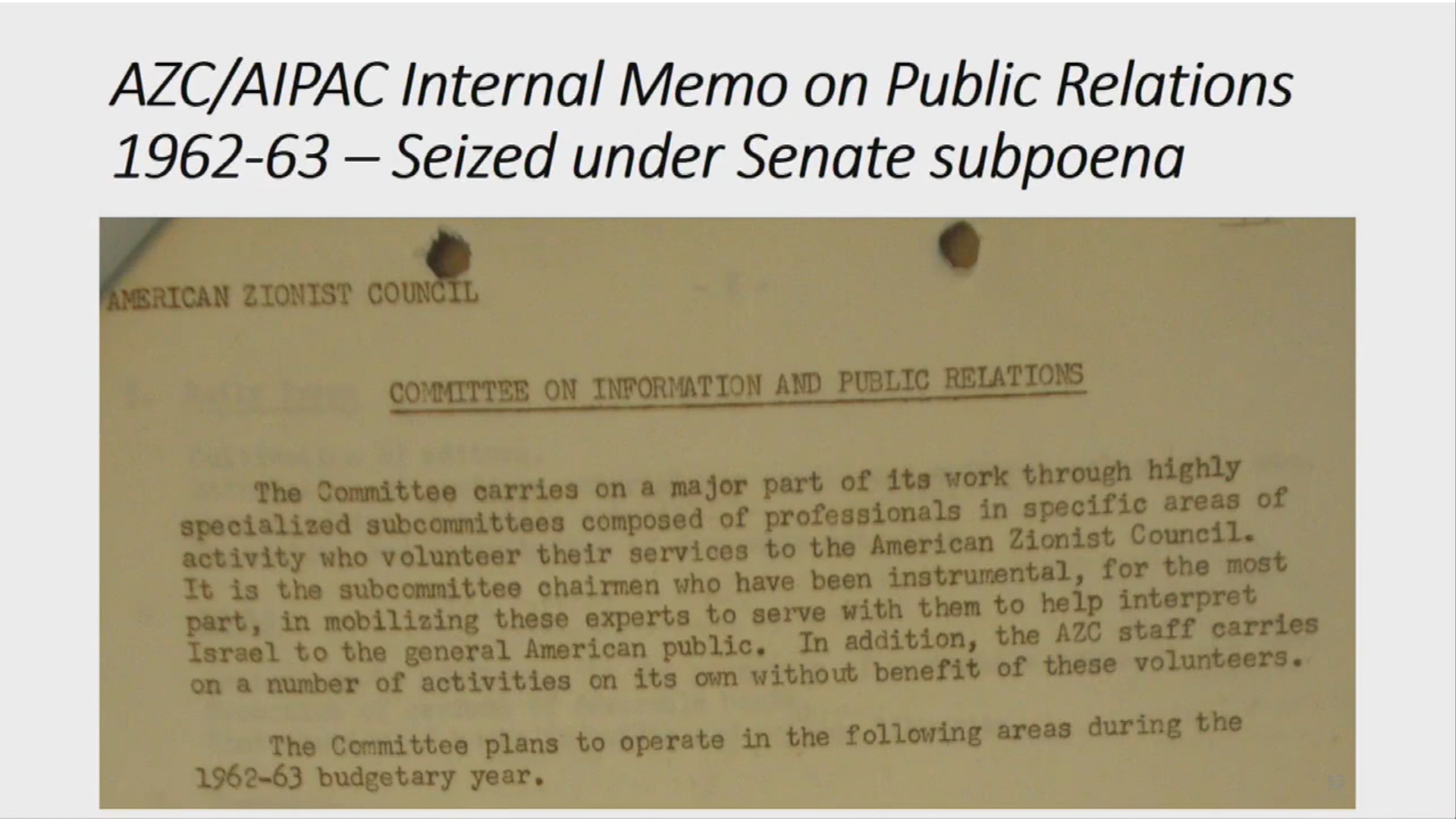 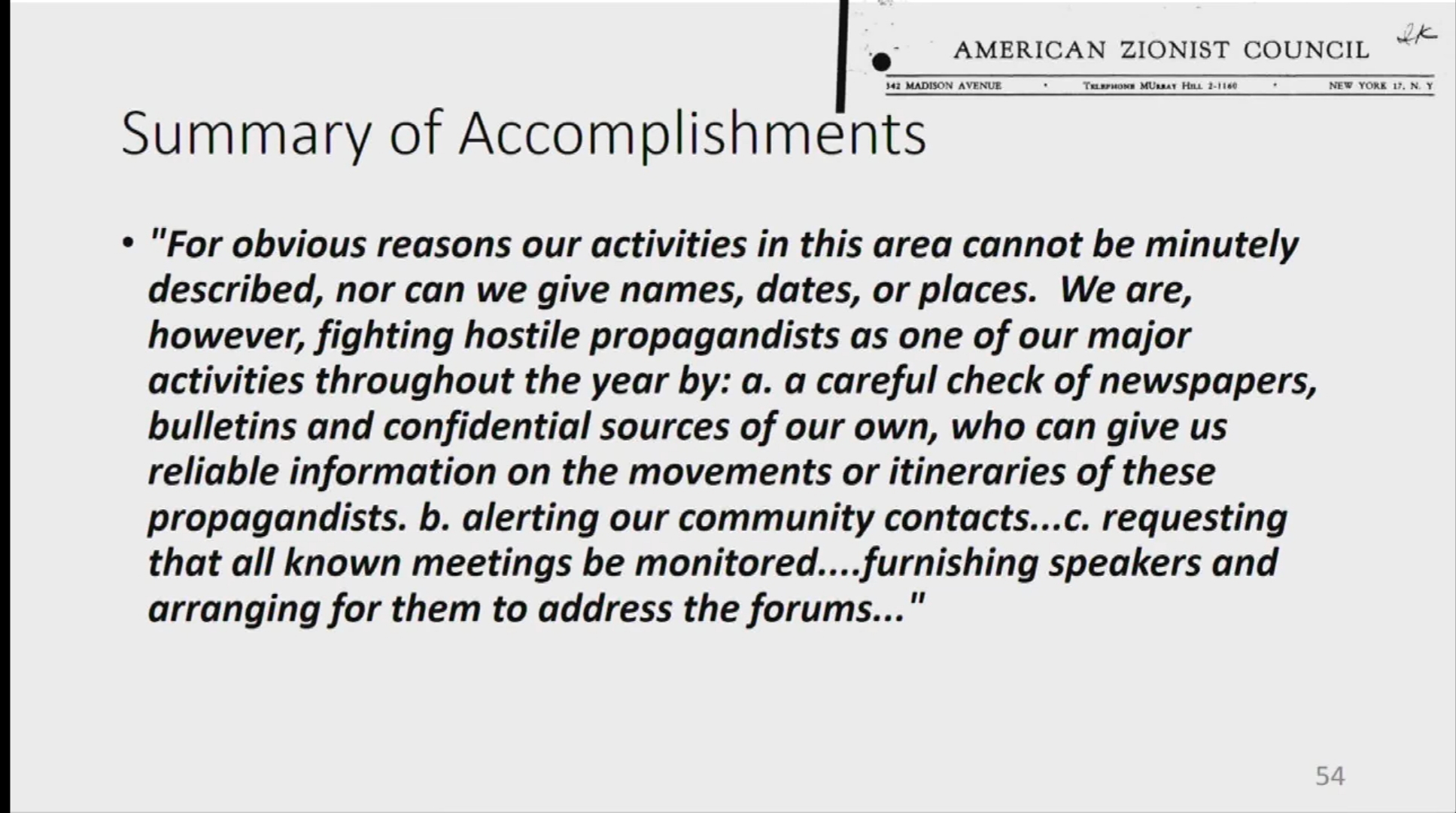 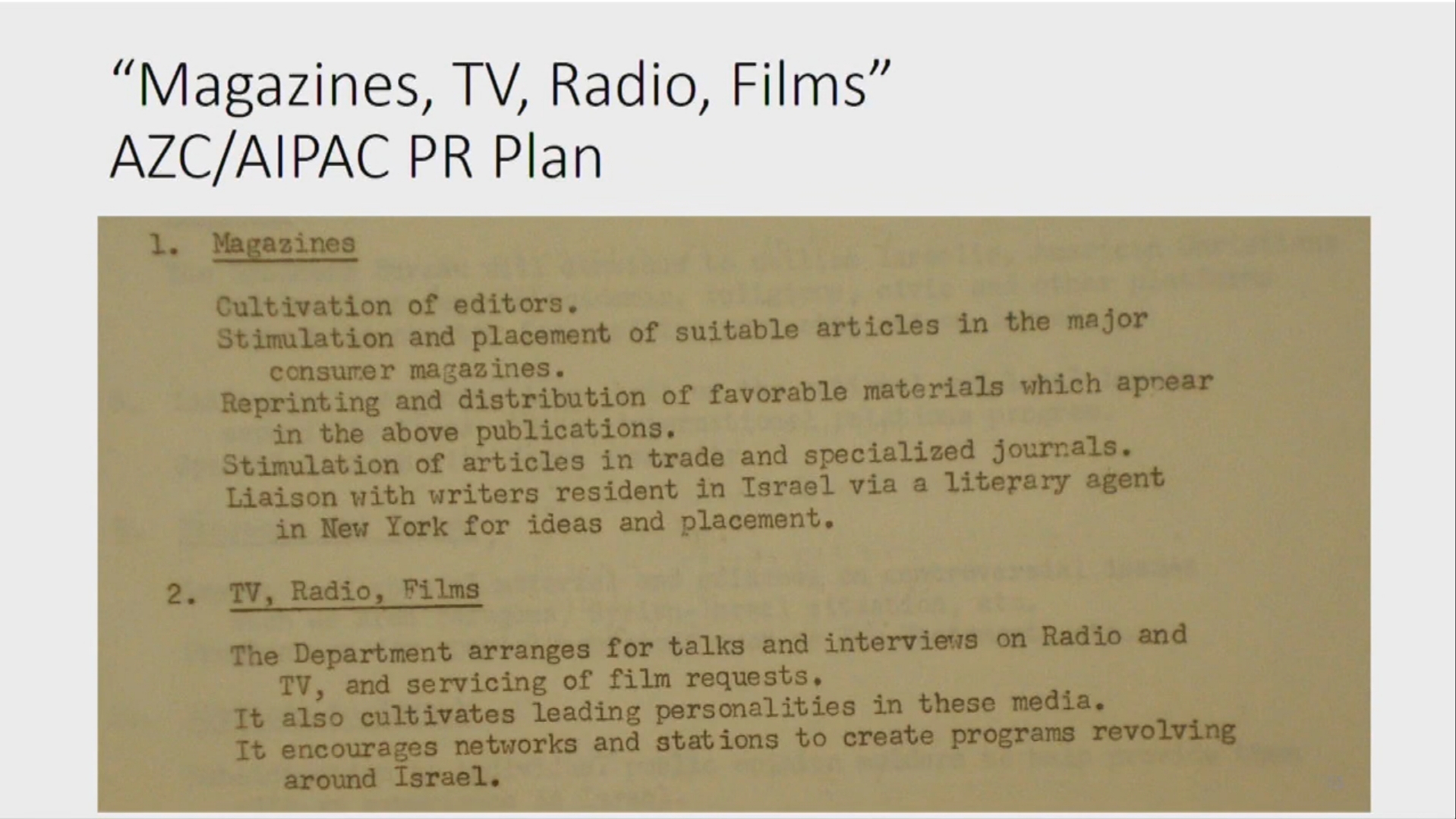 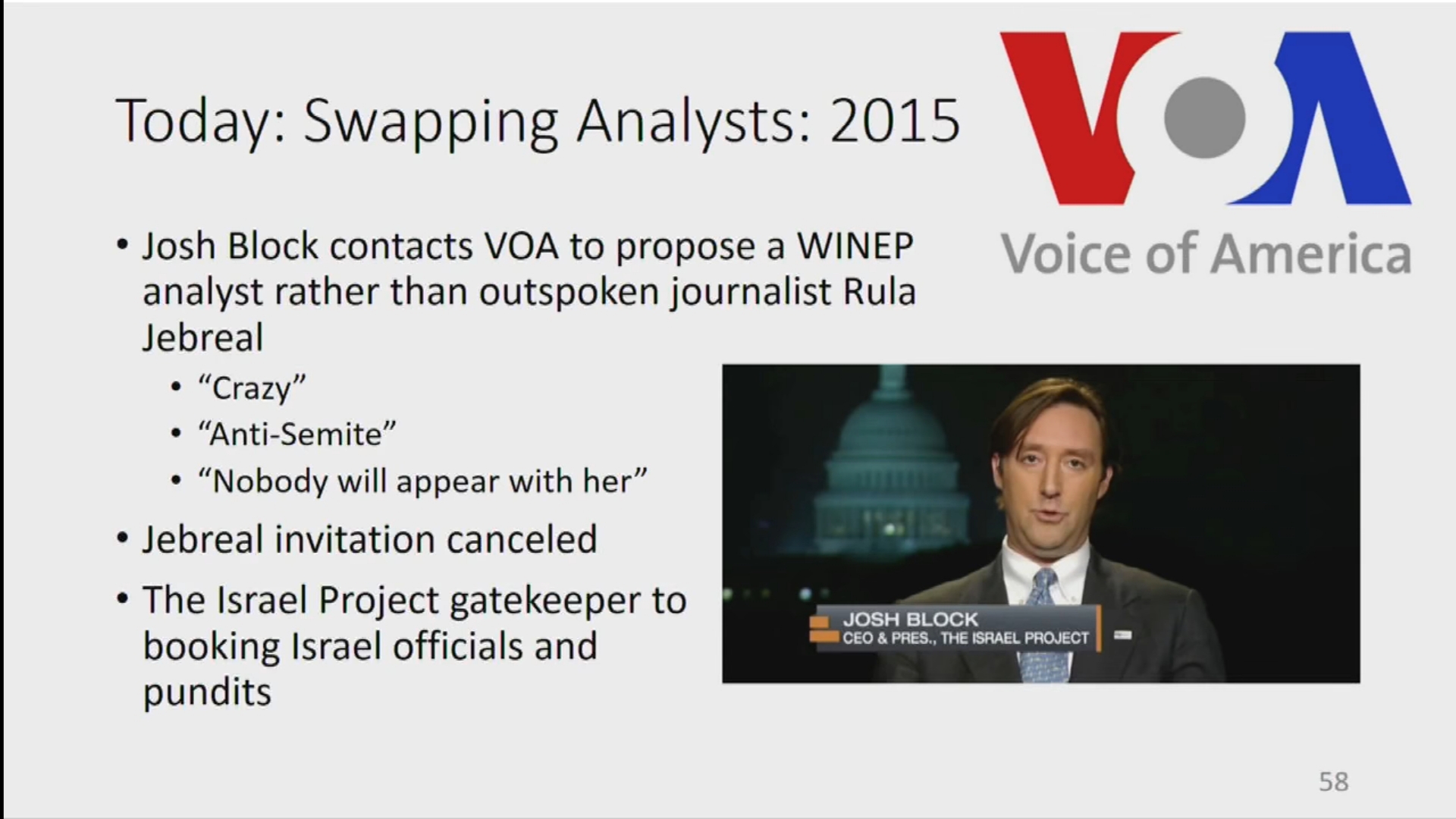 These slides outline the stranglehold these various groups have on the information, academia, media, and publishing sectors.  You can see how the public relations plan was a plan for gate-keeping and controlling global news and media. 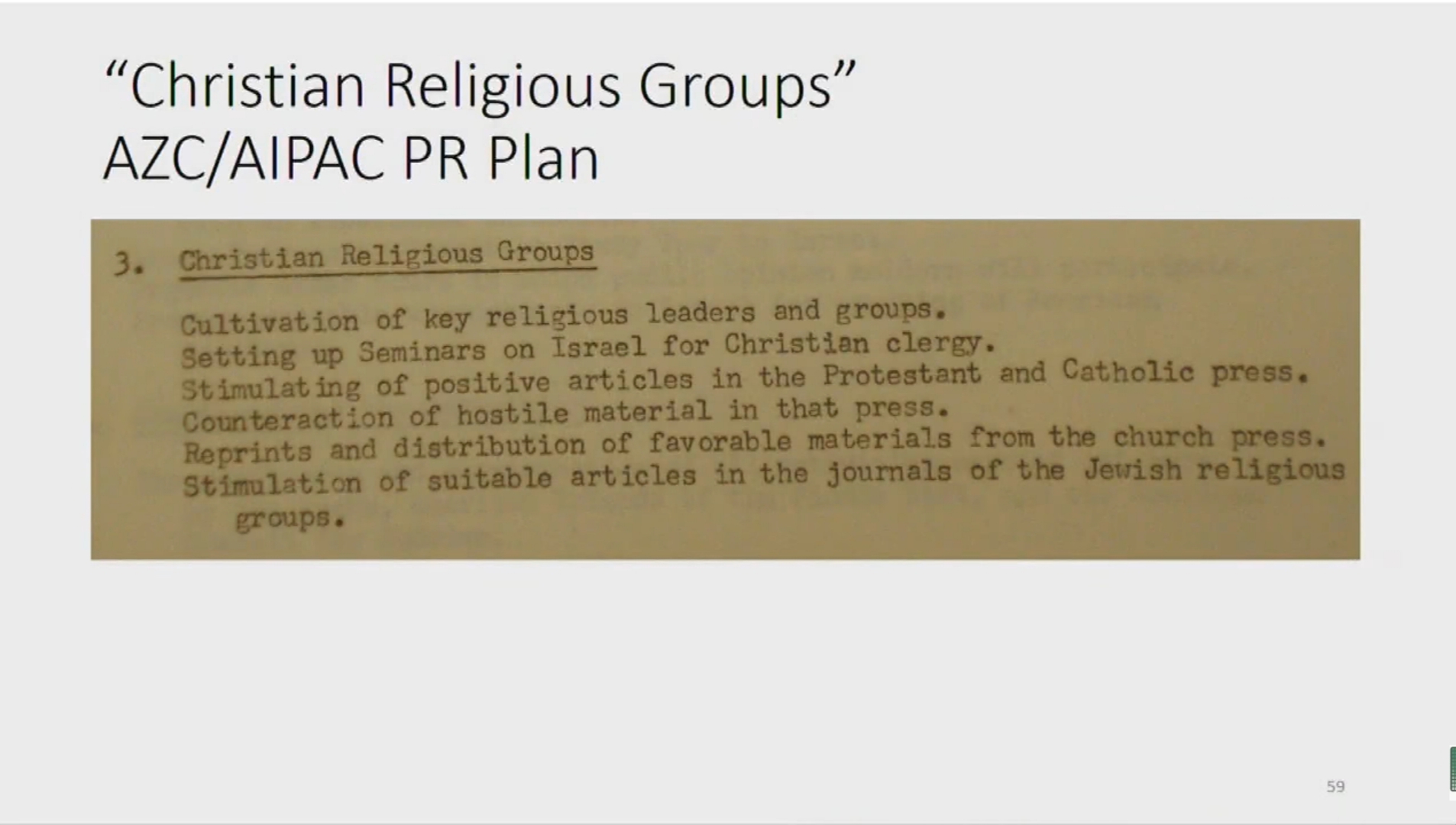 This would explain some of the Evangelical extreme ‘Pro-Israel’ bias we see in the church today, thanks in part to the Scofield bible translations/interpretations. 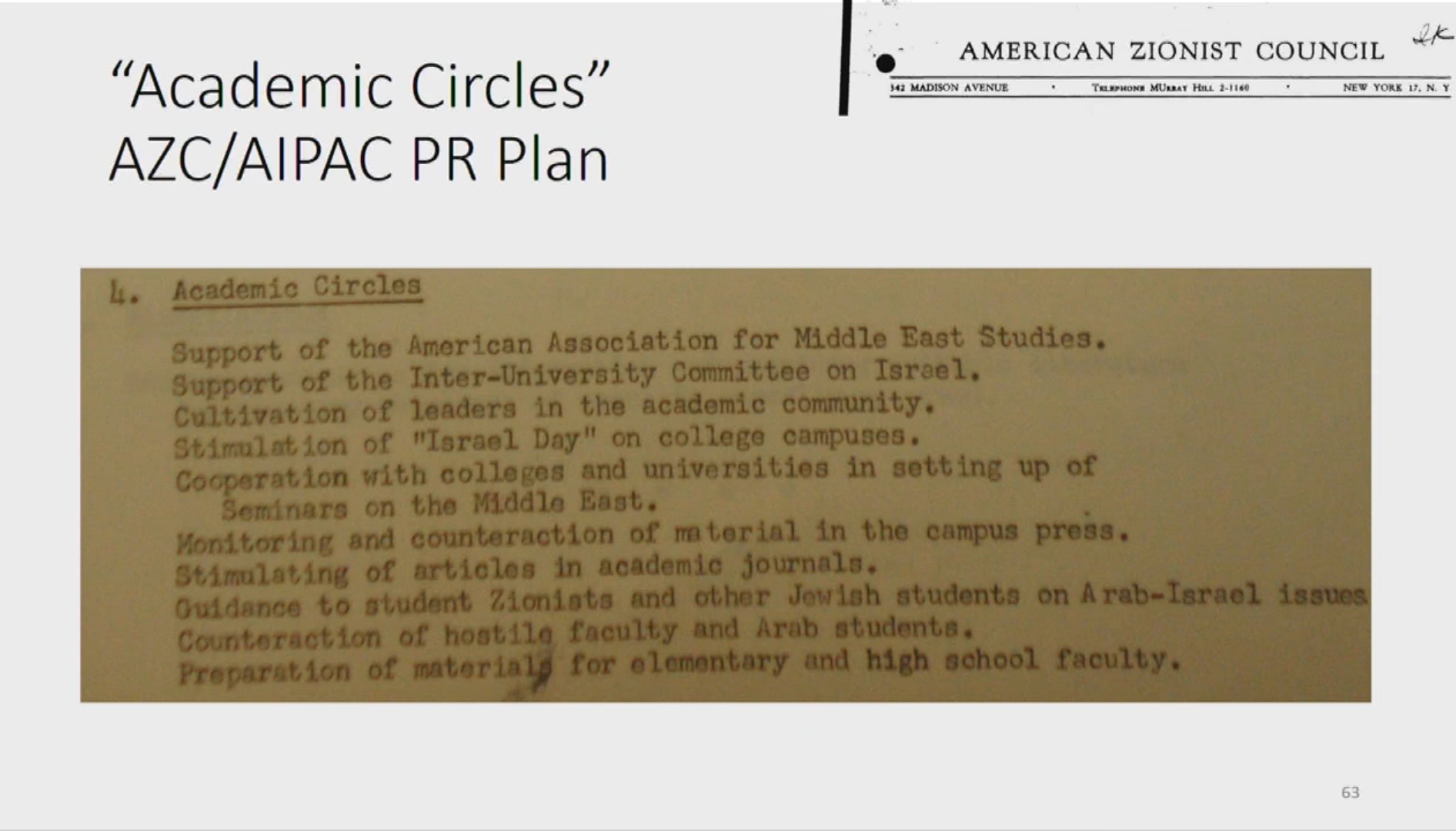 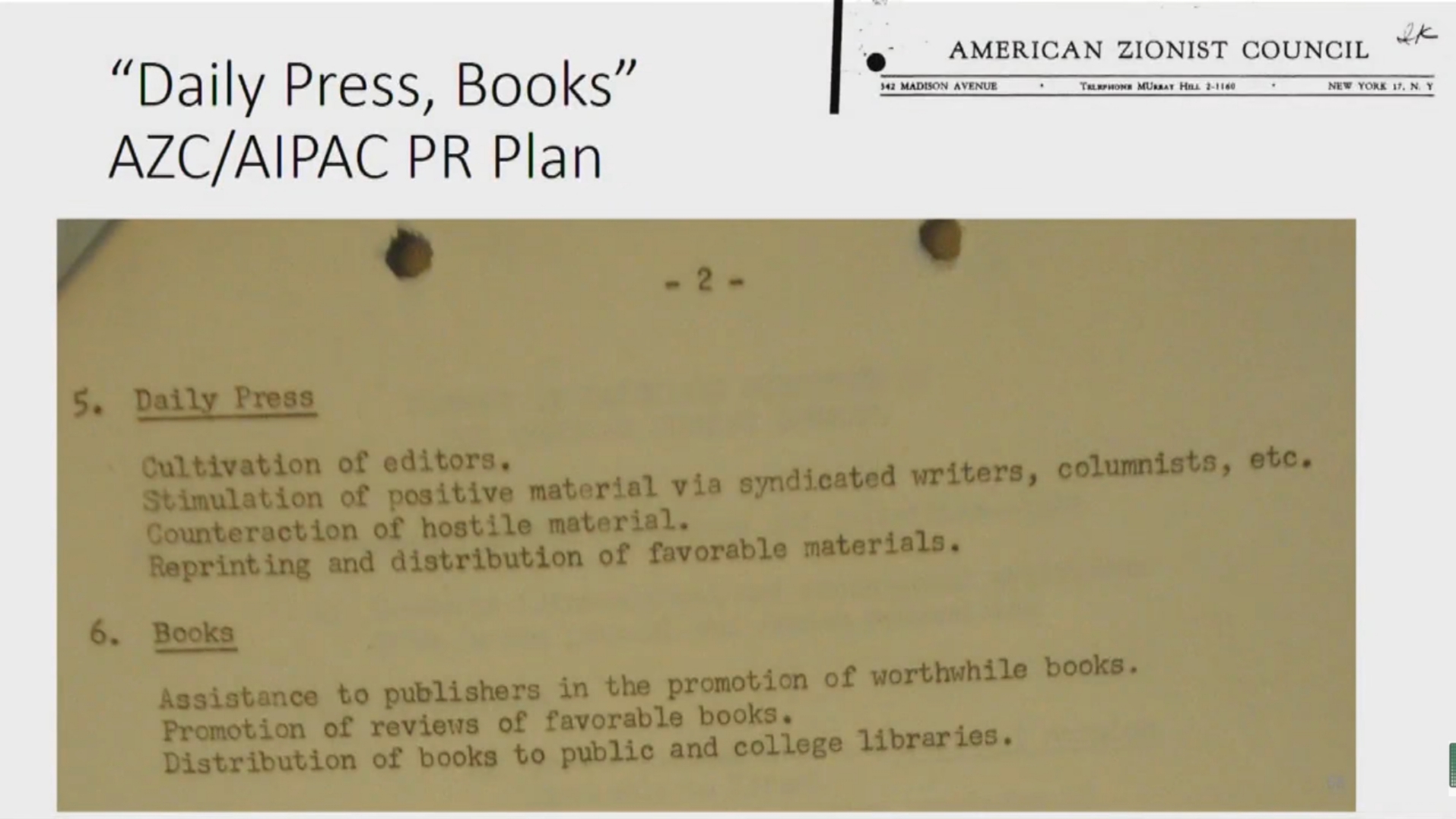 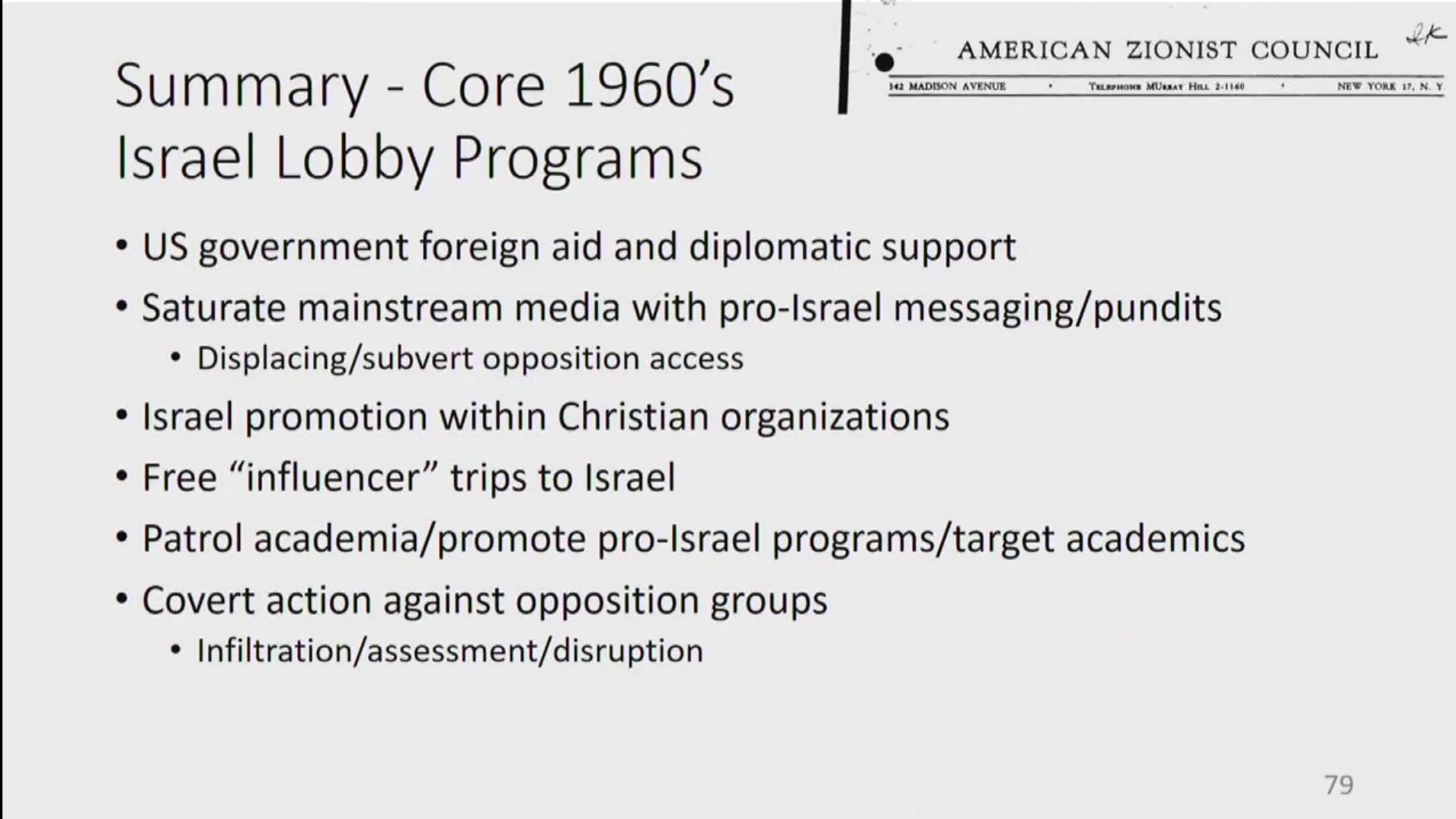 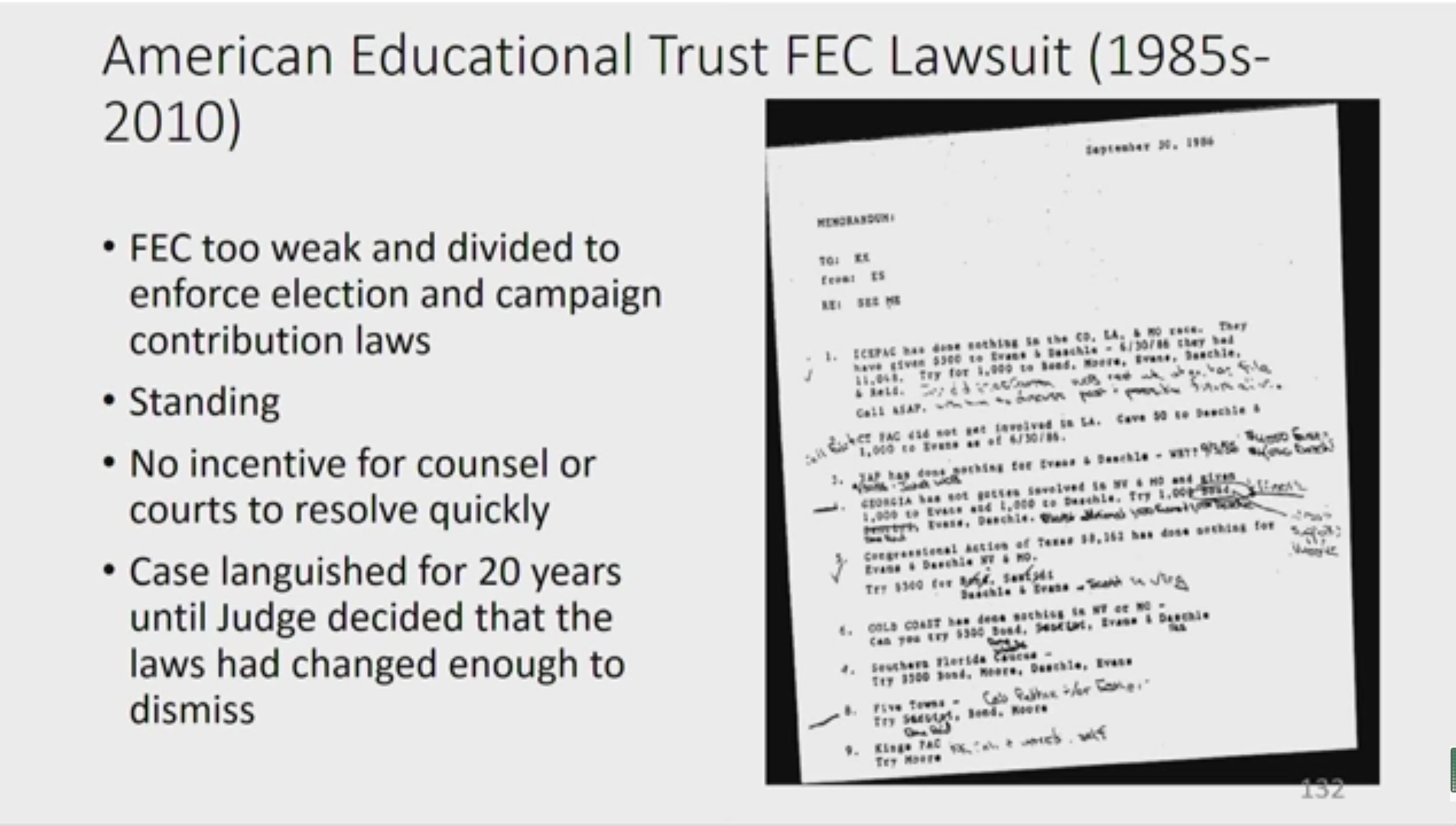 These topics are controversial to be sure, but we owe it to our children and future generations to look into the allegations that have been made about the lobbying. It is not anti-Semitic or anti-Israel to question the activities and tactics of such groups. One can support the State of Israel without agreeing with all the government’s choices.

AIPAC should not be given special treatment not afforded to other foreign lobbying groups. AIPAC and its sub-groups should not be able to track, spy on, target, and harass American citizens on American soil. Nor should these groups be allowed to target students on college campuses in America. If they do, they should have to state that they are operating as agents of a foreign power and be registered as such.

This is a complex issue as is all foreign lobbying.  Included below are some resources that go into more detail. The slides that were included in this article are from this presentation:

This is excellent research.! Thank You Beware of the Noahide laws!