Recently attacks from California’s Democrat leadership on central valley farmers is more Cloward-Piven strategy. Farmers know that without reliable access to water they cannot expand or plan for the future. But under liberal leadership’s overwhelming demand to the water system, over a million Californians don’t have access to clean water.  How is that even possible for a state with $3 trillion economy? It comes down to management and control. 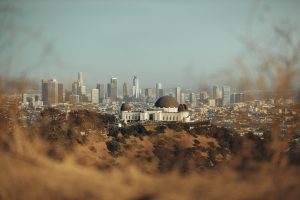 How much help should other states provide to California in the form of federal tax dollars when they declare themselves a sanctuary from federal laws?

The United States has an ever-present conflict between states’ rights and federal supremacy. Big projects from federal tax dollars are always welcomed into budgets but state administrators then fight to direct its expenditure. We’ve seen this in Medicare expansion; once a state takes the money, they relinquish control by accepting federal strings that come tied to those dollars.  Boondoggles like California’s supertrain project have come to a halt with over-promised results, runaway budgets, and corruption.  Bringing home the bacon from Washington sometimes wastes citizen’s hard-earned money on bridges to nowhere or redirected to a politician’s family members.

Who owns natural resources? Who should manage them? Is this a local issue or are water rights regional? interstate? national? When federal planning and money is used to create a public work for all, who owns it?

It’s time for Americans to look closely again at what federalism means. Shouldn’t states be sovereign and pay into a federal government that focuses on common defense and issues that affect multiple states?  Watersheds, rivers, oceans and aquifers don’t respect political boundaries.  While we have a Supreme Court that makes decisions for all states (California Prop 8 gave us a national same sex marriage precedent) we simultaneously have 11 states and the District of Columbia that defy federal drug law (where is weed legal?) and many municipalities that defy federal immigration law.  California has long had its own emission standards, why does it sue to keep federal standards in place that restrict other states?  You can’t have it both ways.

Why not allow states to keep and maintain their own budgets with a basic contribution to a small federal government that provides no social decisions or services? If we don’t face the fact that the federal government is running huge deficits that require us to borrow from other nations and trim our expenditures, we’ll find ourselves on an unsustainable path and owned by creditor banks…forever in debt servitude.

Does the federal government have supremacy over the states or not? And if not, how much help and management should the federal government provide? What about disasters that exceed a state’s resources? What about mega-scale public works? Should richer states subsidize poorer ones? Do urban areas subsidize rural ones? Or, do rural ones provide essential resources that power and feed urban areas?

We need to understand the symbiotic nature of markets and products…we need both sides of the equation to respect the needs of the other.  When this balance is lost, there are homeless camps and commercial losses.  Politicians tend to make decisions based on what will keep them in office, and California’s leadership has traded away the concerns of the minority conservative voices.

We should have 50 laboratories of freedom and a small, agile federal government to deal powerfully with international conflict and as an arbiter in multi-state conflict with matters pertaining to interstate trade and questions in defense of the United States Constitution.  It should not be the only law rendering state and local laws moot.

Open rebellion in California and other states against the rest of the country is a mistake.  Deciding to only follow laws when it’s convenient means we no longer have equal justice under the law.  The place to fight for policy is in legislatures, not in court rooms with crooked judges. And citizens should examine the representatives they install to lead. Are they making choices that represent constituent interests or their own?

Demand effective leadership California. The state’s water mismanagement and still-thirsty residents illustrate that change must come from within California’s community itself so they can determine their future. And we shouldn’t forget the enormous cost of unconstrained inbound immigration. Courting the SJW crowd with travel bans, Governor Newsom is  antagonistic to conservatives. His attacks on central valley farming, rather than meeting needs with proper resource management, will work in President Trump’s favor.  I hope the old chestnut “as California goes, so goes the nation” doesn’t mean to hell in a handbasket. We can do better than junkies on the streets, homeless encampments, constant water restrictions even during times of plenty, cultural and moral decay, out-of-control real estate prices, and Democrat ownership of the entire political process.

Can nasty Newsom last as emperor of a nation-state out of control? or have Californian’s had enough to recall him?