California provides an enormous amount of food. An amazing 66% of all fruits and nuts for the United States come from 77,500 farms.  Many foods come from the coastal state. The lush central valley is a key region for food production which feeds the state economy.

But this amazing area didn’t develop by accident. Agriculture pioneers and clever engineers determined that with long-term planning there could be plenty of water using a network of dams and waterways.  Greater yields from farmland were achieved than from intermittent rain or seasonal snowmelt.  As populations moved westward, demand for water in the southern regions outpaced supply and federal projects were proposed to transport natural moisture from the northern part of the state southward where there was need. 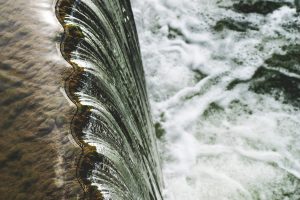 Great water management yielded boom-time results and California’s agriculture economy soared into billions of dollars.  But as is the case so often, success can lead to excess, corruption, and poor decision-making which brings on a period of painful remorse.

Gavin Newsom, Democrat governor and member of the state’s leading families, seems to be weaponizing his attorney general to restrict water to farmers. Why?  Control. Control over livelihoods. Control over life itself. When residents must lobby for their share, pay taxes and licenses for natural resources, or prove their needs are more important than what is politically popular…the politicians win. And sadly, when politics or social justice outweighs prudence, problems proliferate.

President Trump has responded to Central Valley farmers by promising federal resources to help override poor policies that favor ejecting freshwater into the sea rather than provide it for farms.  Delta smelt, a small endangered fish, were used as leverage to restrict farm access to water. One solution the Trump Administration deployed to alleviate southern cities suffering from drought and farmers’ needs, was to raise Shasta Dam to increase capacity. Leveraging local expertise, the administration rolled back Bush-era actions that were bad for farmers and favored fisheries along the river.  California’s Attorney General Xavier Becerra, who succeeded Kamala Harris to the post, has won an injunction to keep central valley’s Westlands Water District out of the project, no doubt to complain later that the development has no local input and to create stress on all those who depend on water management. Two laws stand in the way of the development now, an Indian tribe warns of losing sacred lands, and the natural flow of a river will be altered by the 16ft rise in the lake.  California’s leaders have prioritized these issues over supplying water for cities and farmers.

Is this a miscalculation or is it politically better to keep California thirsty and begging for help? Current restrictions on the dam expansion will cost at least 6,500 jobs farm jobs in the San Joaquin Valley alone while a million Californians do not have access to clean drinking water. Without essential irrigation, idle farmland becomes less valuable and gets converted to solar energy collection rather than growing food.  Is that wise?

Whether its mindless hatred for anything with Trump’s name on it, or a swipe at Devin Nunes’ steadfast efforts to restore the central valley, California’s liberal leadership stands against rural conservatives and the current federal administration.

Sad, sad, sad. Democrat government at work, like Baltimore, ruining what they are responsible for. In this case ruining a thriving agricultural region.