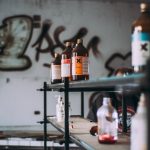 It’s hard to imagine how a person with such a high profile can commit suicide while in solitary confinement. The internet exploded August 10th when Jeffrey Epstein was reported dead by apparent suicide. He was a keystone witness in a federal human trafficking sex slavery case.

The case had reopened to be reexamined for:

United States Attorney General William P. Barr was furious that the man had died in custody and has launched another inquiry:

“I was appalled to learn that Jeffrey Epstein was found dead early this morning from an apparent suicide while in federal custody. Mr. Epstein’s death raises serious questions that must be answered. In addition to the FBI’s investigation, I have consulted with the Inspector General who is opening an investigation into the circumstances of Mr. Epstein’s death.”

The Miami Herald and others should be lauded for their willingness and ability to pursue real journalism to hold the powerful accountable. They found the victims’ stories and pursued the evidence to uncover a network of royals, politicians and captains of business. The pimp services Epstein provided were elite and well-planned. As a financier on Wall Street and as a mathematician, he used his intellect to find ways to skirt the law, commit heinous crimes, and deliver underage victims to other sexual predators. Whether in international waters, in multi-million-dollar compounds in Florida, or on his own private island…for a price, johns were allowed to live out fantasies deemed illegal and immoral elsewhere…at the expense of young lives. Connections to fashion and modeling further anchor conspiracies involving the international playboy with intelligence agencies in Israel, the UK, Russia and beyond.

The Epstein network extended into the Clinton White House as early as 1995 and he contributed thousands of dollars to Clinton money efforts. Some say he helped develop the Clinton Foundation which drew millions in foreign assets prior to Hillary’s ill-fated Presidential bid.

But Epstein’s criminal organization reaches well beyond the White House and our own borders. It’s said that his island was wired for video and sound to capture drunken high society types doing things they’d later regret, and for which Epstein could extort money and power, just like a tabloid might. Is that how he was teaching at Dalton without credentials? Is that how he got his New York townhouse and other properties? And just who all is involved in his human trafficking sex slave trade supply chain? How much of his “philanthropy” pushed Epstein’s own sick agenda in scientific circles and the Ivy League?

Because platforms have decided to forego their ISP protections and become publishers, Silicon Valley doesn’t pursue the truth but their own interests. Are they hiding evidence of crimes by choosing what people see? Why would publications give cover to criminal enterprise by scrubbing details unless they are themselves implicated? When the top ten hashtags were all Epstein-related as citizens sought details about the truth of what has happened, inconvenient connections to the Clinton clan, A.G. Barr’s father, Ghislane Maxwell’s father, President Trump himself, etc. also led people to understand connections to the Palo Alto gang.

She also reminded us that Gawker published contact information from the Epstein’s little black book.

Project Veritas revealed that whistleblowers continue to come forward with evidence of antitrust and anti-democracy activity by Big Tech here in the United States. Can a company be so big that its leaders lose sight of how it flourished in our republic? Can it be swayed like politicians on Epstein Island to throw it all away for temporary unjust power? Can it be so infected that it becomes an enemy of the people, guilty of capital crimes?

Google’s already been warned. Their leadership testified before Congress they aren’t biased. So will criminal referrals be next?

Ties between Epstein power brokers, their trade in flesh and cash, and the bought-and-paid for politicians and “tech lords” may extend right into Palo Alto, throughout California, and around the world.

Really irritates me that publications such as PBS still fall for the false narrative pushed by Epstein’s own supporters that Trump Was involved with anything nefarious concerning this sexring. No one has any proof he was. On the contrary,all evidence points to Trump distancing his self early on after discovering Epstein’s true intentions.