As the Jeffrey Epstein saga continues, more and more bizarre information is coming out about his associates and contacts with various intelligence agencies. The latest bizarre interview with Igor Zinoviev, a Russian former MMA fighter and Epstein’s former bodyguard that seems to be warning people not to investigate Epstein:

A Bizarre Interview With Jeffrey Epstein's Bodyguard: The mysterious Russian MMA Igor Zinoviev fighter drew some attention from the media after Epstein’s arrest and indictment by federal authorities last month — but he has not made it easy for reporters… https://t.co/tqwIIn2P2z

A Russian ?,
Jeffrey Epstein's bodyguard: 'Somebody helped him' kill himself https://t.co/B7MbEJ9OiN via @nypmetro

According to New York Magazine:

“When Jeffrey Epstein pleaded guilty to soliciting an underage girl for prostitution in 2008 and served a 13-month sentence under the cushiest of conditions, it was his bodyguard and driver, former UFC fighter Igor Zinoviev, who frequently picked him up at the Palm Beach jail and shuttled him between the office and various appointments. Zinoviev also trained Epstein in a regimen that included weight-lifting and some light fighting drills. And whenever Epstein jetted around to his various estates, Zinoviev accompanied him, riding along on the pretend billionaire’s Lolita Express.

The mysterious Russian MMA fighter drew some attention from the media after Epstein’s arrest and indictment by federal authorities last month — but he has not made it easy for reporters to find him. There have been — so far as we can determine — no published or broadcast interviews with Zinoviev about his relationship with Epstein.” – NY Magazine

So this guy spent a lot of time around Jeffrey Epstein, shuttling him around, acting as his bodyguard one must ask why he would even need one in the first place. How many other so-called wealth advisers and managers need to have armed guards around them at all times. This only adds more credence in my opinion, to the idea that Epstein was connected to intelligence as Alex Acosta claimed he was told.

Then there is the Maxwell connection. Epstein’s alleged pimp and madam Ghislaine Maxwell’s father Robert Maxwell was a notorious MI6, Mossad and KGB dual asset. This has been extensively documented by other researchers and authors, including Gordon Thomas, author of ‘Robert Maxwell: Israels Super Spy.’ 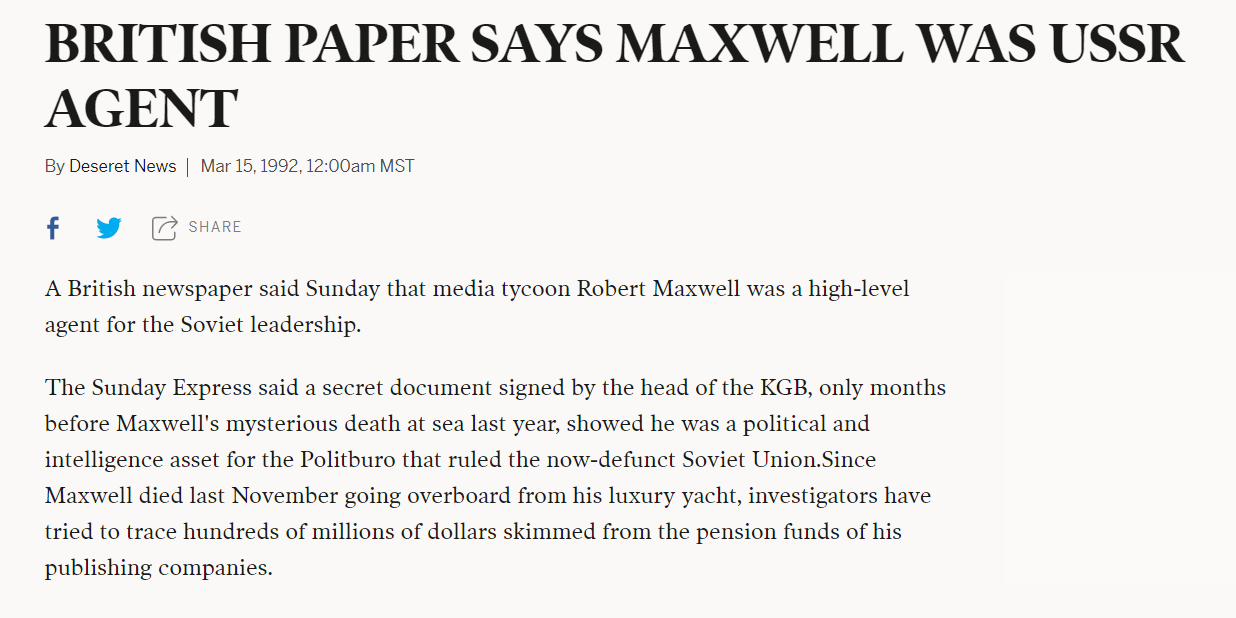 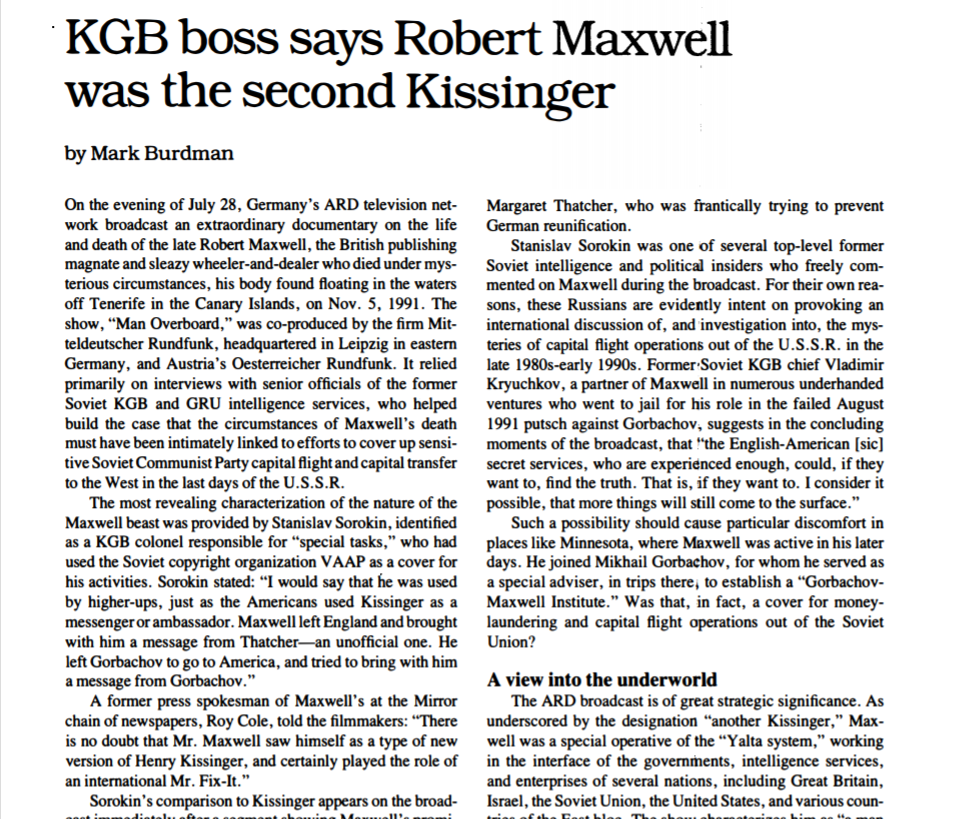 Robert Maxwell was believed to be connected to the theft of the Promis software on behalf of the Israeli Mossad.

?I have a theory… Jeffrey Epstein told friends that he was a bounty hunter for “unspecified countries”. I believe he had access to PROMIS software via triple agent, Robert Maxwell, Ghislaine’s father and extorted money from money launderers & mafia?? https://t.co/nNAjvsuPCq

“From Soviet Russia to underground, bare-knuckle blood sports in New York, Igor Zinoviev spent his life fighting for everything he got. After a career ending cage match, Igor was scooped up as a bodyguard and trainer by notorious billionaire Jeffrey Epstein.” – Blackstone Intelligence

So, was Jeffrey Epstein part of the Mega Group? Was he working on behalf of foreign intelligence agencies to blackmail politicians, business tycoons and the world elites?

For more information on the Mega Group and Jeffrey Epstein, I recommend a series from Mint Press News by Whitney Webb that explains the historical Blackstone operations that had been taking place before Jeffrey Epstein hit the scene:

“As billionaire pedophile and alleged sex-trafficker Jeffrey Epstein sits in prison, reports have continued to surface about his reported links to intelligence, his financial ties to several companies and “charitable” foundations, and his friendships with the rich and powerful, as well as top politicians.

While Part I and Part II of this series, “The Jeffrey Epstein Scandal: Too Big to Fail,” have focused on the widespread nature of sexual blackmail operations in recent American history and their ties to the heights of American political power and the U.S. intelligence community, one key aspect of Epstein’s own sex-trafficking and blackmail operation that warrants examination is Epstein’s ties to Israeli intelligence and his ties to the “informal” pro-Israel philanthropist faction known as “the Mega Group.”

The Mega Group’s role in the Epstein case has garnered some attention, as Epstein’s main financial patron for decades, billionaire Leslie Wexner, was a co-founder of the group that unites several well-known businessmen with a penchant for pro-Israel and ethno-philanthropy (i.e., philanthropy benefiting a single ethnic or ethno-religious group). However, as this report will show, another uniting factor among Mega Group members is deep ties to organized crime, specifically the organized crime network discussed in Part I of this series, which was largely led by notorious American mobster Meyer Lansky.” – Whitney Webb, Mint Press News

We also must not discount the ties to organized crime as well.

According to Neon Revolt, researchers may have discovered a picture of Ray Chandler, the owner of modeling agency Midland Talent Agency and suspected recruiter of underage girls, at Jeffrey Epstein’s Paris apartment. The photo in question comes from Ray Chandlers old Myspace page which had been archived: 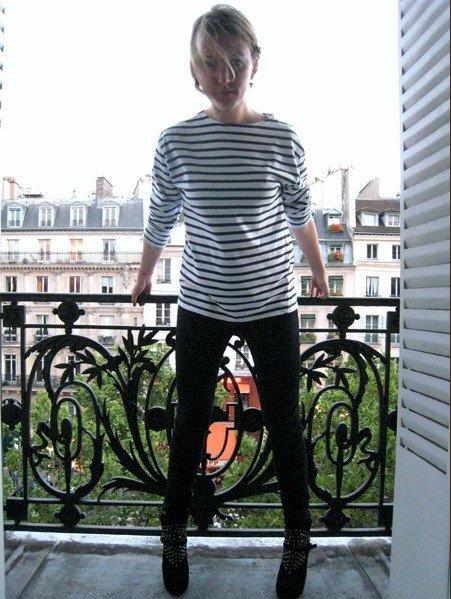 And now take a look at some interior and exterior images of Epstein’s Paris apartment, they do indeed look similar: 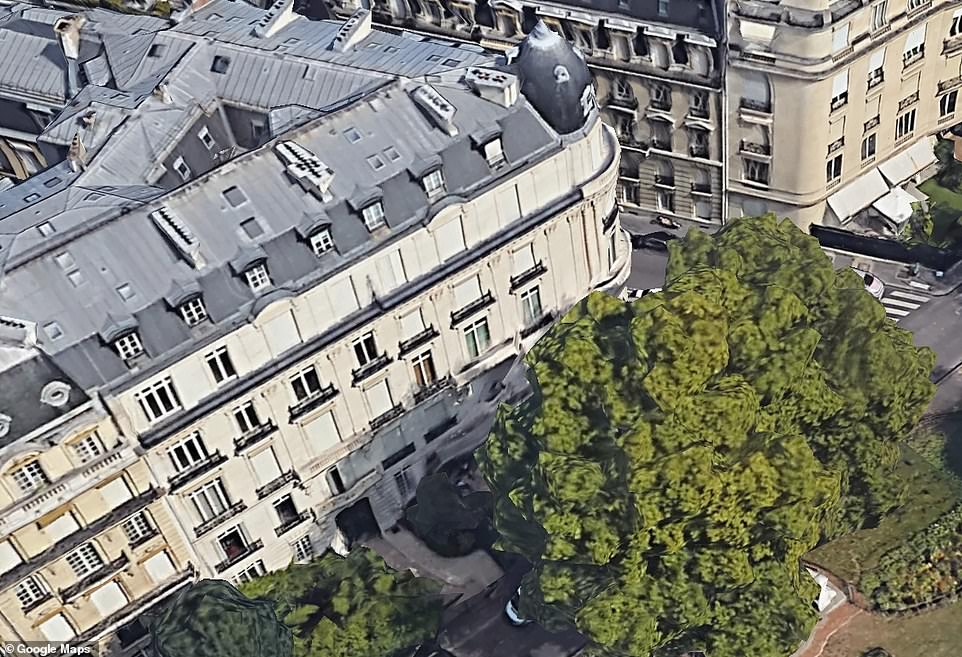 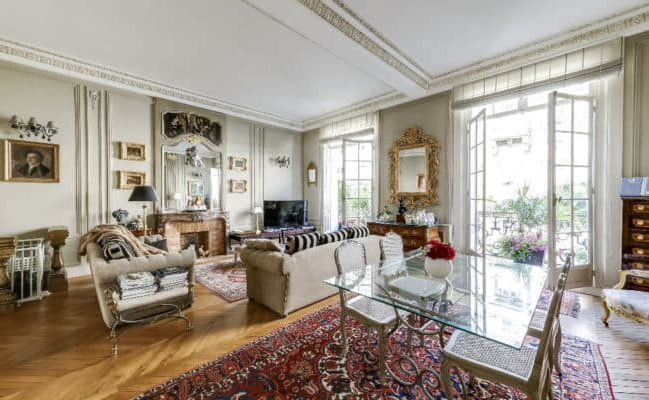 Note the unique ornamental design on the balcony. Right now this is only speculation and has not yet been confirmed.

Finally, I will leave you with a post from CDAN: