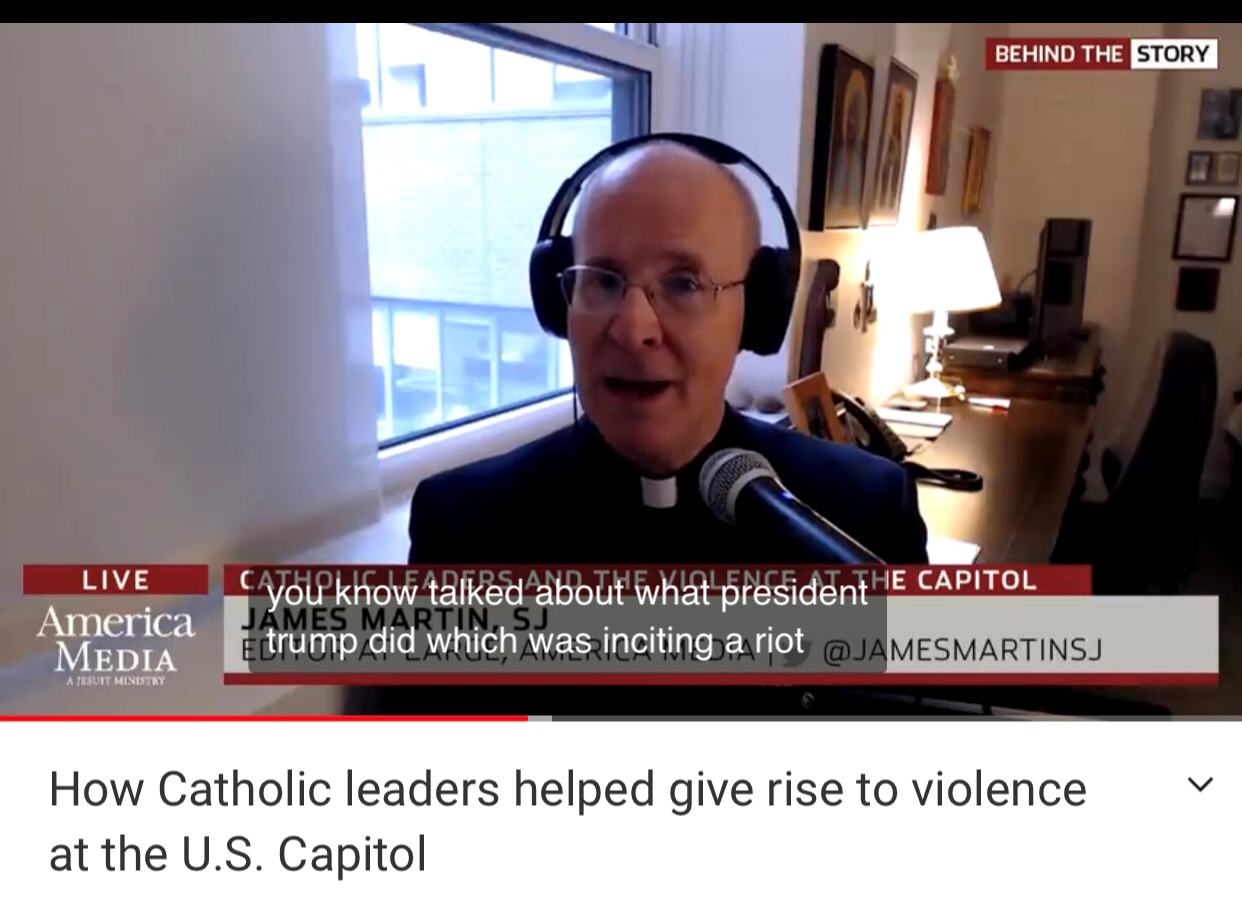 Will anyone object to how Father James Martin, the editor at large for Jesuit’s Americamagazine.org, avoided non-prejudicial adverbs and adjectives in both a YouTube interview and a column when speaking and writing about the January 6th breach of the U.S. Capitol, and who might be responsible?

His column was titled “How Catholic Leaders Helped Give Rise to Violence at the U.S. Capitol.“

Perhaps he could have titled the YouTube interview “How Catholic leaders MIGHT HAVE given rise to the violence at the U.S. Capitol” instead?   In that same interview he spoke of apparent pro-Trump bishops and priests writing “about what President Trump did which was inciting a riot …”

Perhaps a suggestion of saying “… about what President Trump did which ALLEGEDLY was inciting a riot …” would serve him better?

Had he waited for later reports,  he might have seen the Washington Post article on January 16, 2021 that was titled:

Will anyone ask him to retract these prejudicial statements about the president?