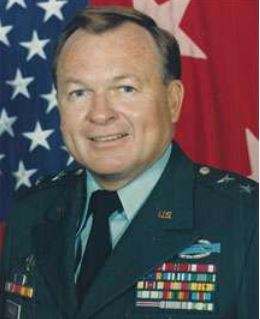 It’s always a pleasure to hear Ret. Major General Paul E. Vallely’s interviews with Mike Filip out of Canada on AmeriCanuck Internet Radio.  Tuesday’s broadcast (10/30/19) was filled with questions and thoughts on Syria, Turkey, Russia, China, Ukraine, “Q” News and more.  The General’s interview was informative, educational and packed with powerful insight of what’s going on around the world.

Filip said he had a million people wanting to know more about “Q”, since their last show together (10/14/19).  He asked General Vallely:  “Can you say anything about Q being a White Hat Psychological Operation?”

General Vallely responded, “Ah, it is a White Hat … it is a White information system that gathers intelligence information and puts it out through a distribution that’s called Qanon. And as you can see, most of the reports that have come in from Q have been very valid. The only thing they’ve been off on a little bit is when Attorney General Barr is going to come out with indictments. And the word was put out that for the Red October to be October 18th. Well, that’s since been delayed. So we’re all standing by for the Attorney General of the United States regarding the Russian Collusion and the Silent Coup against President Trump.”

General Vallely backs the president’s decision on U.S. troops in Syria.  As a military operation, not all troops will be leaving Syria.  Some U.S. Troops will be re-positioned to guard Syria’s oil fields.

General Vallely commented:  “We’ve had five body bags come back from the Middle East in the last month. I don’t want to see one more body bag of an American soldier coming back. … It’s really not our war. So I back the president, he knows what he’s doing … ”   *Be sure to listen to the General’s full interview to hear more about the Syria’s conflicts below.

Filip asked the General if President Trump did right thing by not letting Congress know about the special covert operation to get ISIS leader, Abu Bakr al-Baghdadi?  The General responded that it’s the president’s decision to keep covert operations secret.

With his military experiences in Special Ops for decades, both operationally and administratively, General Vallely brings great insight into today’s conflicts around the world.  He went on to explain one of the biggest operations today,  employing “Information Warfare.”   He also said we should keep an eye on the Ukrainian government and their new President Volodymyr Zelensky who is going up against a powerful group.

Latest “Q” News on return to internet – Gen. Vallely:  Everything is going well, despite some setbacks.

To hear more details from General Valley’s interview, go below and click on Americanuck Radio image or *Listen Here,  starting at 27 minute mark.

*Please use your discernment and do your own research as well. Each person speaks for themselves and opinions expressed are not necessarily an endorsement by PSB.