Joel Pollak: Bill de Blasio’s New York Was Supposed to Be a ‘Progressive’ Model. It Is: When “social democrat” Bill de Blasio was elected mayor in 2013, he was “anointed … as the standard-bearer for a new progressive movement,” the left-wing magazine The Nation recalled in 2016… 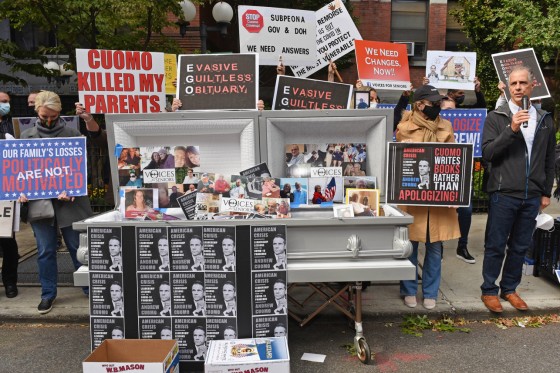 Nick Givas: Casket outside Brooklyn nursing home filled with 6,500 covers of Cuomo’s book: ‘We are all COVID orphans now,’ one attendee said 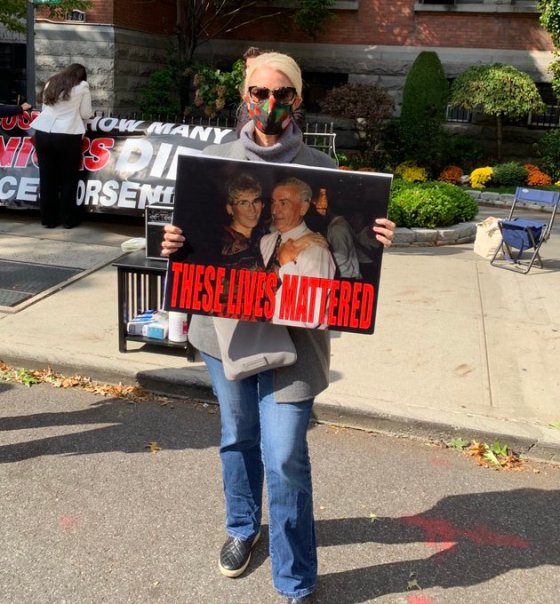 I’ve had more than one person tell me I need to “watch my back” when it comes to my criticism of the governor. People in media and politics have told me most are afraid of him. So I truly feel alone sometimes in this fight.

That said, I won’t stop fighting and thank you ALL for saying you’ve got my back. Your comments are bringing tears to my eyes. pic.twitter.com/LUu1ePOWSS

At this point Cuomo is just a cartoon villain willingly putting lives in danger.

If the nursing home deaths and NY-based national spread weren’t enough, let’s see if we can drive skepticism about an eventual life-saving vaccine. https://t.co/N0NGiXMdDK

Twitchy: ‘Most evil politician in America’? Andrew Cuomo wants us all terrified of a COVID19 vaccine purely because Orange Man Bad

While Cuomo recklessly undermines whether you can trust the FDA on a vaccine because of Trump, just remember that his team of “health experts” had nothing to say about him sending thousands of covid positive seniors back into nursing homes https://t.co/liGszDfDeT

Twitchy: Andrew Cuomo says he had to shut down NY’s economy after being ‘ambushed’ by Trump calling COVID19 ‘China virus’

Gov. @andrewcuomo blames the term “China virus” for the restrictions he’s imposed on New York that have devastated the state’s economy pic.twitter.com/4iR2yBpaqk

So if we were supposed to stay locked down for 15 days so hospitals weren’t overwhelmed… I mean, a month to slow the spread… I mean, six months to eradicate the virus… I mean, until a vaccine… But now Democrat politicians say VACCINE BAD… when does this end?!

If Biden demanded half of Hunter’s money, what will he demand of you?

WSJ Board: The cost of Bidenomics: A new study shows that Biden’s economic proposals will have a damaging impact on growth, job creation and household income

Megan Henney: Biden’s plan to overhaul 401(k) tax breaks could force some companies to cut retirement benefits: ‘Tens of millions of people’ could lose their plans as a result of the proposed change, one industry expert estimated

Governor Gretchen Whitmer displayed an “86 45” sign during her TV appearance.

86 can be shorthand for killing someone.

Whitmer is encouraging assassination attempts against President Trump just weeks after someone sent a ricin-laced package to the White House. pic.twitter.com/GzvtrjH40A 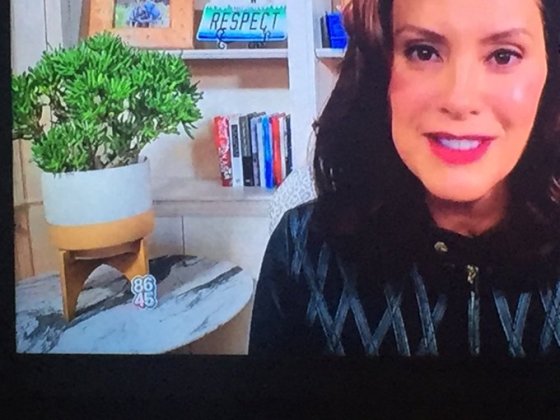 Danielle Wallace: Trump campaign says Whitmer ‘encouraging assassination attempts’ against president with discreet TV message: Digits ‘8645’ were displayed in the background during an appearance on NBC’s ‘Meet the Press’ Sunday … That looks like it was strategically placed there too so that it is clearly visible during the interview.

Governor @gretchenwhitmer has the gall to go on @MeetThePress this morning complaining about President @realDonaldTrump‘s rhetoric, but in the background displays a phrase which calls for the killing of President Trump! This is truly disgusting. #LeadRight #TVMI20 https://t.co/GFpA0Yzn4a

Politicians’ kids are off-limits, unless they are the kids of conservatives, or something… 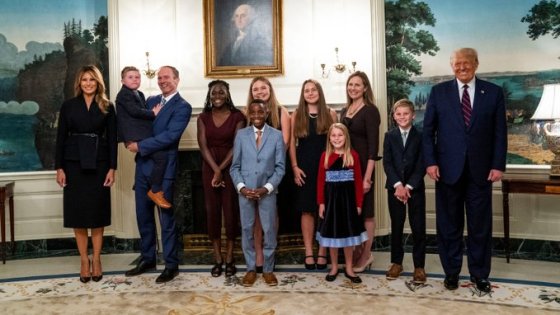 Gov. @andrewcuomo blames the term “China virus” for the restrictions he’s imposed on New York that have devastated the state’s economy pic.twitter.com/4iR2yBpaqk

Bizarre editorial choice for the NYT to do a deep dive on the Barrett’s adoptions.

“The adoptions have been hard to separate from the policies of the moment” they wrote, as they forced the politics of the moment into an examination of the adoptions.https://t.co/VzZxWlDQUb

The NYT article in focus is in the above tweet. I’m not going there.

Giving the outrageous “white saviorism” critique this “some people are saying” treatment is nuts.

“No impropriety in the Barrett’s adoption of their son but here’s a few people we found to say terrible things about them, the orphanage, and the agency for your consideration.” pic.twitter.com/lIsogqludV 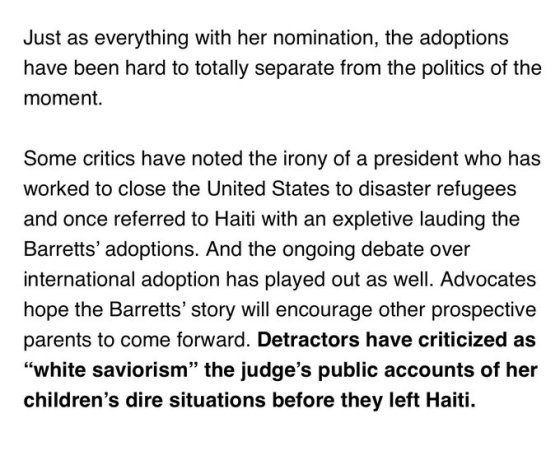 Re: COVID and the free exchange of any/all information…

Victoria Taft: TWITTER CENSORS WHITE HOUSE COVID EXPERT—Tech Platform Doesn’t Agree With Dr. Scott Atlas’s View On Masks … Except that Dr. Scott was citing both the WHO and CDC reports in his thinking.

Excellent work on banning Dr. Atlas from Twitter, @jack we can’t have people examining the lack of evidence on masks for themselves, we must make sure that people only listen to experts like these https://t.co/fM5Xgnzu3b pic.twitter.com/ByaVDjOgnJ

Reminder that you don’t get to proclaim yourself “pro-science” if you’re perfectly fine w/ @Twitter censoring heterodox scientists like Dr. Scott Altas https://t.co/6KpI96feRE

“The Party told you to reject the evidence of your eyes and ears. It was their final, most essential command.”

“And if all others accepted the lie which the Party imposed—if all records told the same tale—then the lie passed into history and became truth.”

That’s one way to put it, @THR pic.twitter.com/TD2rFDvXmv 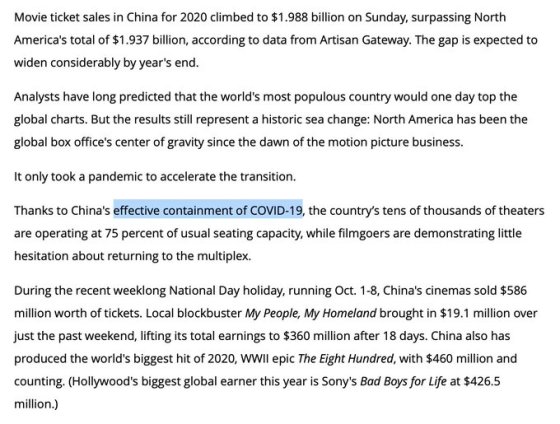 Well, Hollywood has proven it values the CCP’s/China’s strong critical opinion(s) of their products and applies them ‘accordingly’… and, of course, its money. Hollywood valuing Americans, not-so-much anymore. 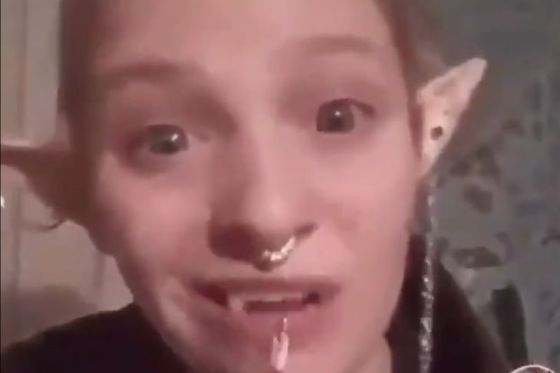 Stephen Green: Insanity Wrap #71: (Literally) Demonic BLM/Antifa Wants to Kneecap Trump Voters (Literally) … Why, yes. Of course. We should all be hoping this underworld creature gets its way for all of us in November.

VDH: The Unapologetic Bias of the American Left: Today’s Left sees their efforts bending in a preordained historical arc that ends with ultimate progressive justice—and retributions: Some yearn for the ancient monopolistic days of network news, the adolescent years of public radio and TV, and the still reputable New York Times—when once upon a time the Left at least tried to mask their progressivism in sober and judicious liberal façades… … Be fully aware, the “progressives” haven’t just infected the demo-commie party. The “Never Trump” republicommies are very ‘progressive’ too…

The Bulwark, The Dispatch, The Lincoln Project, and all over their “talent” have worked overtime to beat back on the will of GOP voters. They’ve tried to undercut an America First stance toward governance that yielded bottom up growth, energy independence, record-low…

They’ve done this because he’s not one of them: lifelong policy wonks who marinate in the tony world of coastal, theoretical poltics.

They are embarrassed at his lack of polish and tone.

And because of this, they’ve proved more than willing to help ..

…usher in a corrupt, status quo, swampy D administration — as well as provide cover for a broken, politicized bureaucracy intent on protecting its own power.

These people stopped “critiquing” Trump’s agenda long ago. Instead, they’ve turned into complicit and willing actors in the subversion of the country as founded.

They are now our enemies.

Go to the thread unroll link above to read the whole thing.

DC: Kim Kardashian Warned Her Reputation Would Be Destroyed If She Worked With Trump, She Did It Anyway

Our country elected farmers, tailors, oil men, & generals as Presidents. Many served & went back home.
Career POLITICIANS swim in a swamp FOR DECADES!

We have another OUTSIDER here, who takes no PAY, who works 20 HOURS A DAY to make this joint better. F THE SWAMP!
VOTE TRUMP