July 22, 2020 –  In an abrupt mass move, Twitter has banned 7000 faithful users permanently from its platform, while impacting another 150,000 others with new strictures for their participation on its site. The impetus for this stunning incisive banishment apparently can be laid at the feet of the growing popularity of the QAnon movement which was trending second only to @RealDonaldTrump.

Caught up in the sweeping purge were the Patriots’ Soapbox account and that of our Editor-in-Chief here, Radix Verum. There was no warning and it was done simultaneously. 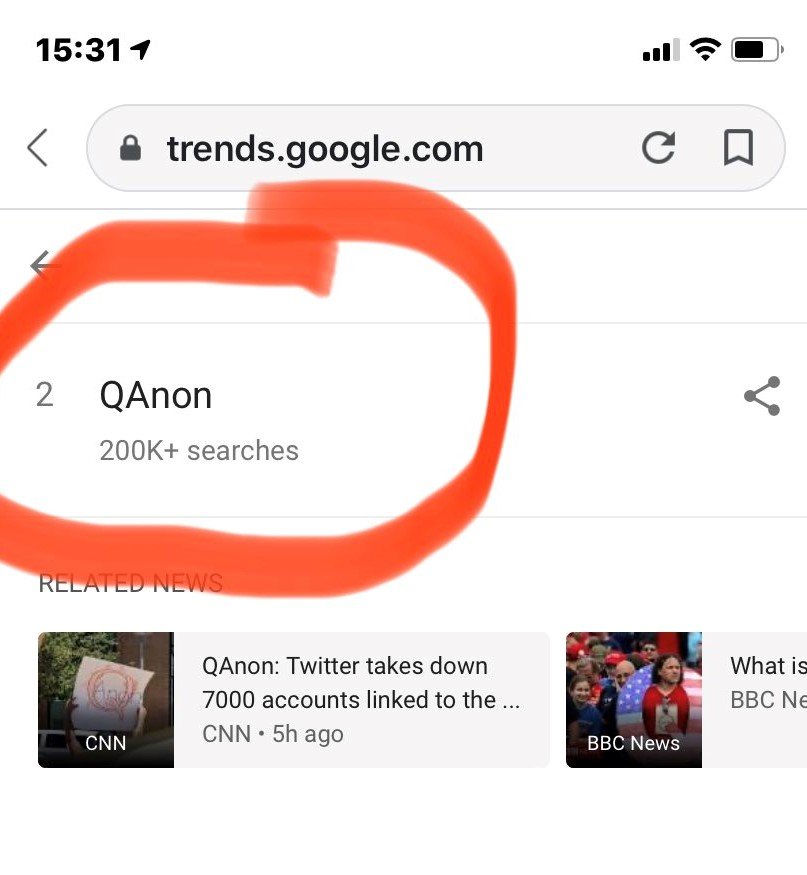 This Trend chart tells the story. It’s patently clear that the well known investigative twitter accounts removed today have been researching the actions of members of the so-called Elites here in the U.S. and around the world. Big Tech companies are providing cover for the criminal misdeeds of the corruptocrats in every walk of life by squelching the Free Speech rights of all the rest of us.

So, Twitter has taken upon itself the moral mantle of curtailing the rights to speak one’s mind on their public platform. Period.  Not about EVERYTHING, however. Only as regards the topic of QAnon. 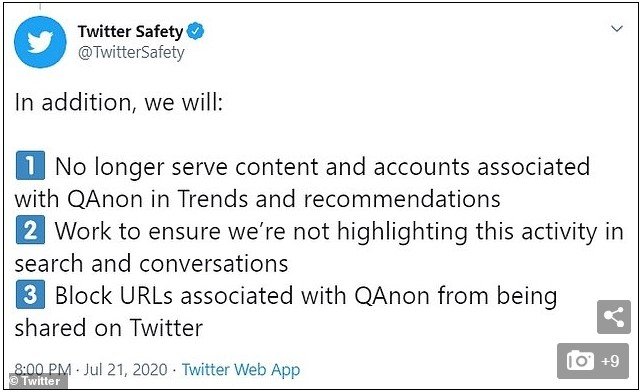 All references are to be squelched … nipped in the bud. Furthermore, they will not track the interest of millions in the topic of QAnon.

In the name of the public’s protection from … what? Apparently the ability to sort through information and decide for oneself what is true or false.

All those blatant violations of the First Amendment rights of the public, the cornerstone of our Constitutional Republic, were arbitrarily decreed yesterday. Yet, they ‘will continue to lead with transparency’ — all said with a very serious mein.

By this and many other arbitrary and obstructionist edicts, the Big Tech operators are outing themselves as the lackeys of the Deep State subversive gangsters. For decades they have been chipping away at our Constitutional rights. Clearly, the Internet was far too effective in opening up the entire world to people anywhere to learn information and think for themselves.

So sad that this is happening all the while real people with real concerns are being censored for proudly displaying their Constitutional right to free speech!