A very good way to see who is really on board with the MAGA agenda is to watch the reactions from the Republicans to President Trump’s recent authorization to withdraw our troops from Syria. Those who continually profit from the never-ending war machine that has become the norm of U.S. foreign policy over the years, are in full blown panic. They try to frame this as being about ‘supporting our allies’ in the region, without explaining who those allies are and what their claims to the territory actually are.

The uni-party establishment had been supporting, funding and training ISIS extremists who would then go on to brutally rape and murder innocent Christians and other civilians. 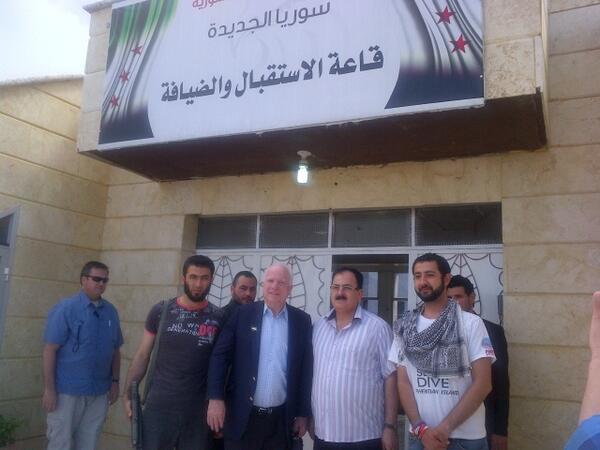 Pictured here with ISIS leaders in Syria, John McCain was said to be the Godfather of ISIS. The idea that we might stop funding the very extremists our troops are engaging on the battlefield may seem like a novel idea to swamp creatures who profit off the deaths of others. War is not only profitable for the private sector defense industry but other vulture-capitalists as well. The chaos that comes from the regional conflicts creates the kind of environment technocrats can exploit to become oligarchs and take over entire sectors of industry. We saw this very same thing in Ukraine after the 2014 color revolution coup.

According to Syrian Girl:

Again, the neocons aren't afraid that the #Kurds will be genocided
They are afraid the Kurds will join Assad & Russia.

They keep saying this openly, yet liberal fools keep allowing them to manipulate their emotions into support US wars & occupation#Syriahttps://t.co/LV7ovWOnei

Syrian Girl has a different take on the swamp creatures who are pretending to care about the Kurds, when really they are worried about Syria becoming whole again.

Yes, the US neocons would rather Turkey slaughter ever last Kurd, than allow the Kurds to ally with the Syrian government.

Like I said, they don’t care about the #Kurds, they are only upset at the prospect of #Syria becoming hole again. #SyriaWithdrawalhttps://t.co/XRI873YPGD

The thing is, Trump is merely fulfilling a campaign promise he made to the American people to get us out of all these never-ending wars in the Middle East. One of the things he said he would do is pull us out of Syria. Our troops do not want to die because of another Syrian civil war. 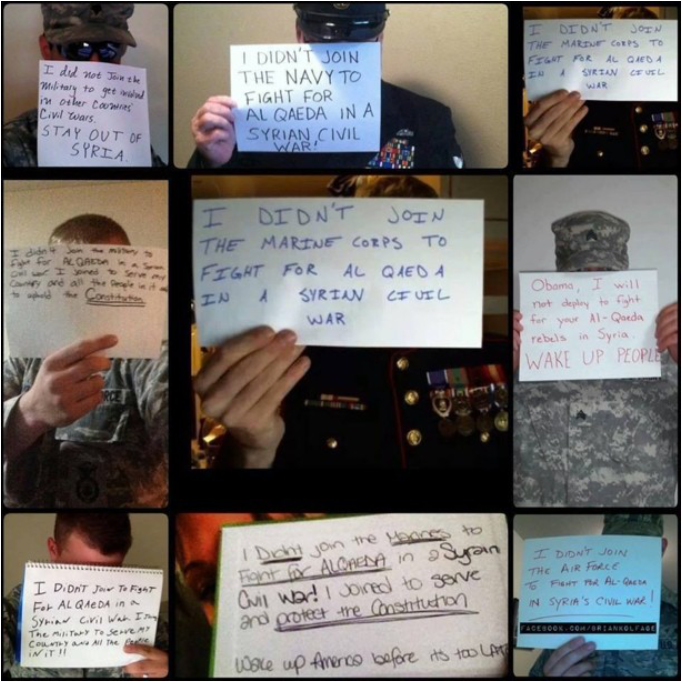 This is not the first time the President has tried to pull our troops out of Syria: 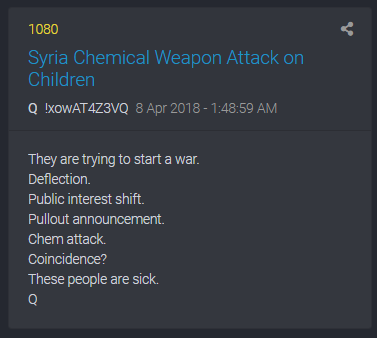 There was a so-called chemical weapons attack the first time the president announced his intentions to bring our troops home. 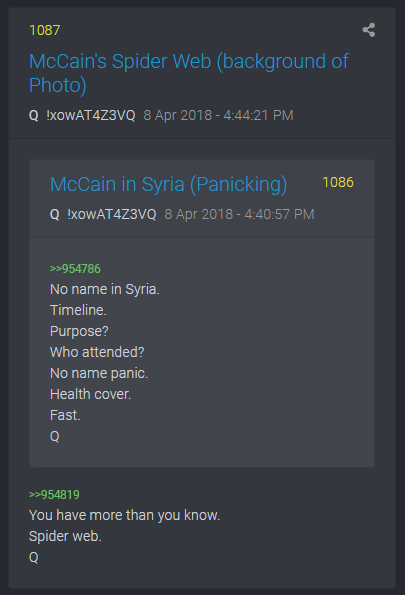 In fact, John McCain was spotted with ISIS terrorists–yes, the same ones that kill our troops. 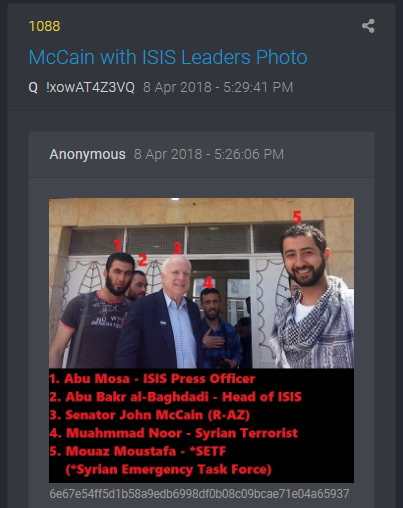 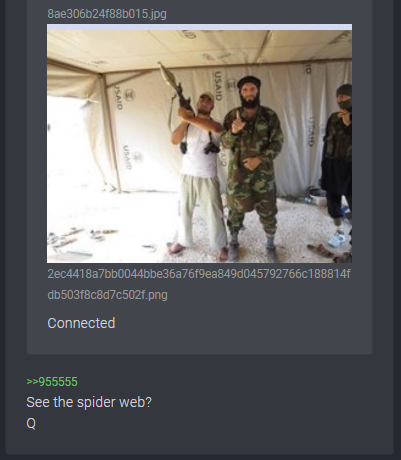 Why on earth would John McCain be meeting with our so-called enemies? Was this treason? Was he providing them with intelligence on the movement of U.S. Troops? Why hasn’t Meagan McCain explained what her father was doing cavorting with criminals? 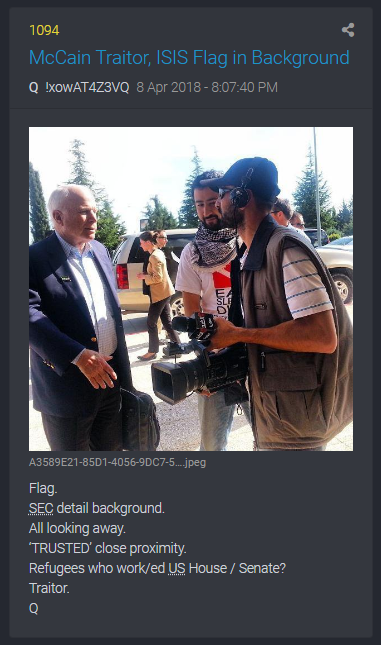 McCain was also involved in the Ukrainian coup in 2014 that put real, actual Neo-Nazis in power.

So when you see these Rinos coming out against Trump over the troops’ withdrawal in Syria, do more investigating. There may be a reason they are being so vocal about the situation. It may be to deflect anyone investigating their own financial and business ties to similar things.

Let’s take a look at some of the responses, see if you notice a pattern:

The most probable outcome of this impulsive decision is to ensure Iran’s domination of Syria.

The U.S. now has no leverage and Syria will eventually become a nightmare for Israel.

Of course, war is the one thing both parties can ‘come together’ to support:

Trump’s decision in Syria is reckless and irresponsible.

It green lights Iran to form a land bridge and target Israel.

Kurds in Northern Syria could be wiped out.

Did Turkey promise the President dirt on a political opponent?
https://t.co/mJmFpmUu6Y

This is more than reckless. This will guarantee us NO friends in the Middle East (including Israel), will spark renewed ISIS AQ cells, and will tell those who have stood with us, like the Kurds, the US will kick you to the curb at will. https://t.co/okuhAV0NS5

Our small military presence in Syria stabilizes the region, deters Iran, protects Israel, and prevents a repeat of the humanitarian disaster triggered by the previous administration’s policies.

It would confirm #Iran’s view of this administration & embolden then to escalate hostile attacks which in turn could trigger much broader & more dangerous regional war.

Mr. Bennett, an Israeli politician, is using the pull-out to gain attention and bolster his image:

At this time we, Israelis, pray for the Kurd People who are under a brutal Turkish attack.

The lesson for Israel is simple:

Israel will ALWAYS defend itself by itself.

The Jewish State will never put its fate in the hands of others, including our great friend, the USA.

Of course it just came out that Israel was allegedly spying on the White House and had placed Sting Ray devices all over D.C. according to a report by Politico.

New York Times reporters agree with the uni-party establishment on Syria, as they are owned by parent companies with shares in Lockheed, and other defense contracting firms.

Perhaps Trump’s abandonment of our Kurdish allies will be a final wake up to those still convinced that he is a stalwart supporter of Israel. This president has no loyalty other than to himself.

Ben Shapiro, who never met a war he didn’t like, yet who is too cowardly to fight any wars himself, also joined in the bash Trump party:

Abandoning the Kurds to the tender mercies of the Turkish government — a government led by Islamist dictator Erdogan — is a foreign policy disaster.

So interesting to see Republicans who last week couldn't bring themselves to condemn @realDonaldTrump's obvious misdeeds regarding Ukraine wake up and express horror at his decision to abandon the Kurds (and Israel, ultimately). pic.twitter.com/k7JTAXS8DX

Israel is greatly concerned about US pullout from NE Syria. Senior Israeli officials "were shocked by the betrayal of the Kurds & how it empowers Erdogan & Iran. This is further proof Israel is on its own in Syria." https://t.co/DC2KErkdPv

None of these commentators and so-called experts have brought up what actual U.S. troops think about the President’s decision. They don’t even bring up the worth of the lives of our troops who are continuously put in harms way. All while pretending to be the ‘real’ patriots. I don’t know what’s more low and despicable — the Democrats’ blatant hatred for our troops, or the Rinos’ covert hatred of them.

The President was the only one who even bothered to bring up our troops and the concerns of their families:

Tucker Carlson also made a good point about this as well, about Rinos and Neocons demanding we stay in Syria forever:

It’s also important to note that the situation is complex. The more you research the matter and try to get to the truth, the more you see that it is not as simple as you initially thought.

The senior State Dept official also said the US priority is unchanged from what @secpompeo said in January: "the importance of ensuring that the Turks don’t slaughter the Kurds." But didn't say how the US would enforce that.

Let us know what you think, share your thoughts below!