Steganography has been around for hundreds of years.  No, that’s not a type of recently discovered dinosaur; it’s an age-old technique for concealing information/data/”something” within other information/data/”things”.  Famous artists like Leonardo Da Vinci used steganographic techniques to embed hidden messages and other images within the content of his paintings.  At its root, steganography is simply concealing one thing by using another.  It is often referred to as “hiding in plain sight.”  In this example of Leonardo DaVinci’s “Last Supper”, it was discovered that the BREAD rolls represented notes on a musical staff.  When these notes were played (but played from Right to Left, as Da Vinci was known for) it produces an interesting melody. 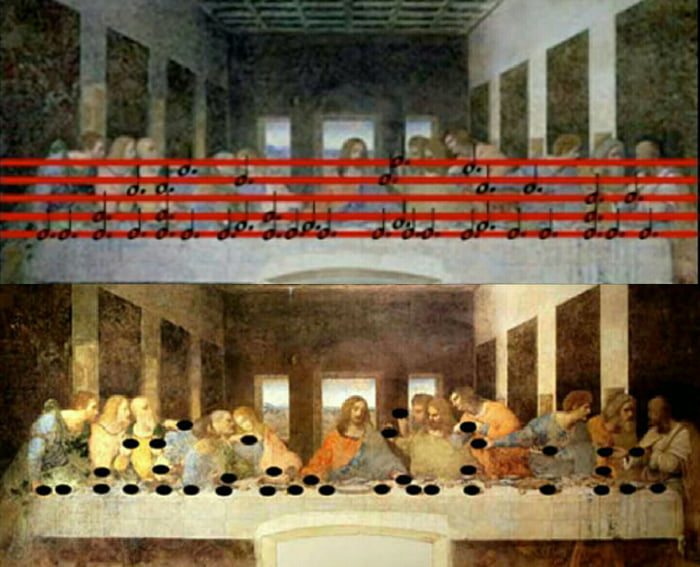 Steganography comes in many forms and the data exchange methods are truly only limited to the encoder’s imagination.  As long as you provide a path for reverse engineering your embed, you can pretty much create your own proprietary way of doing things.  This means, as long as I give you the right key, you don’t have to understand how pins and tumblers inside a complex lock work–you just need to know that when you put the key in and twist, that door will open.

A cryptic group known as Cicada 3301 utilized digital Steganography tools to create puzzles and challenges that were said to be a “recruitment game” for a secret Think Tank or even clandestine intelligence agencies like the CIA or NSA.  Whether this is true or not is another story, but what is known for sure is that Cicada 3301 often used a program called OutGuess to embed information into what seemed like plain, innocuous images. 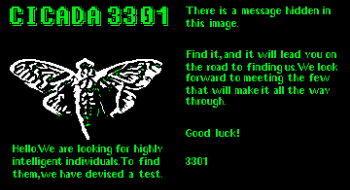 This may not be far off from what is/was happening on 4chan & 8chan.  Years ago, 4chan was rampant with ChiPr0n, steganographically embedded into memes.  This is where the phrase & meme “mods asleep, post sinks” originated.  If you’re unfamiliar with this portion of Internet History, it is a dark one but necessary to understand. 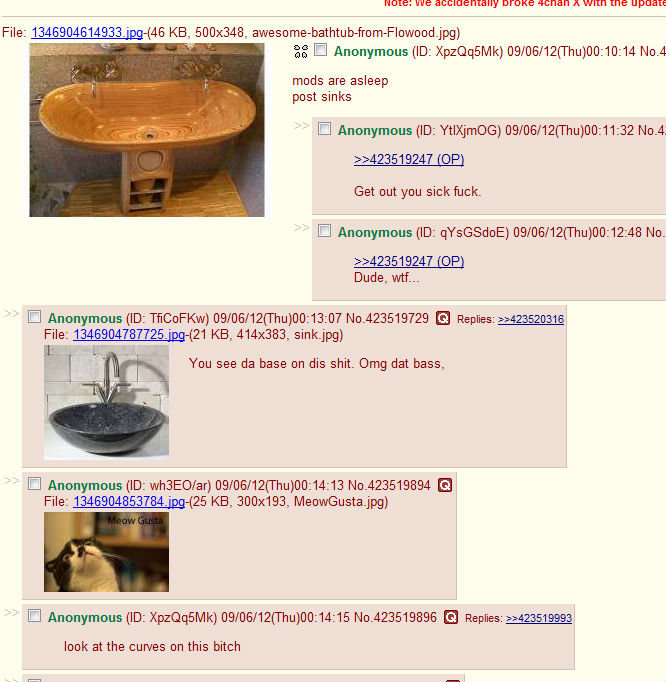 Users would secretly embed archives of illicit material into pictures of kitchen sinks, cats, etc.  Then, another user (buyer?) can be alerted to where the image/archive is stored so they can download it themselves—“Data transfer”. 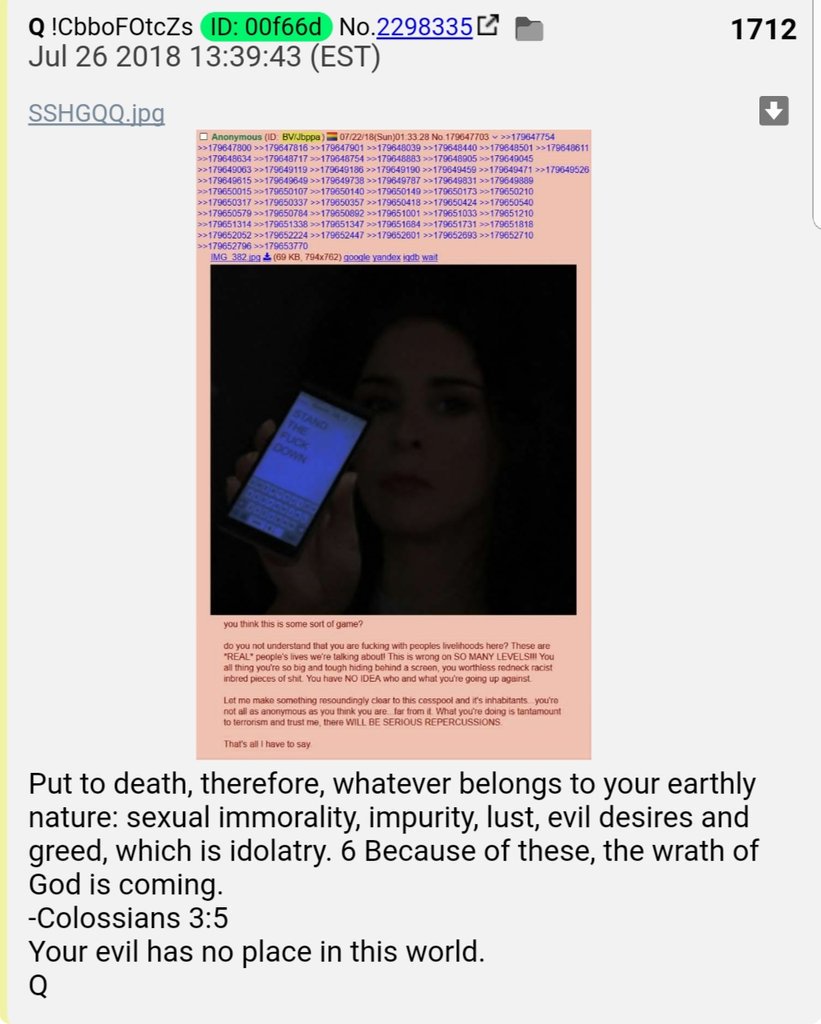 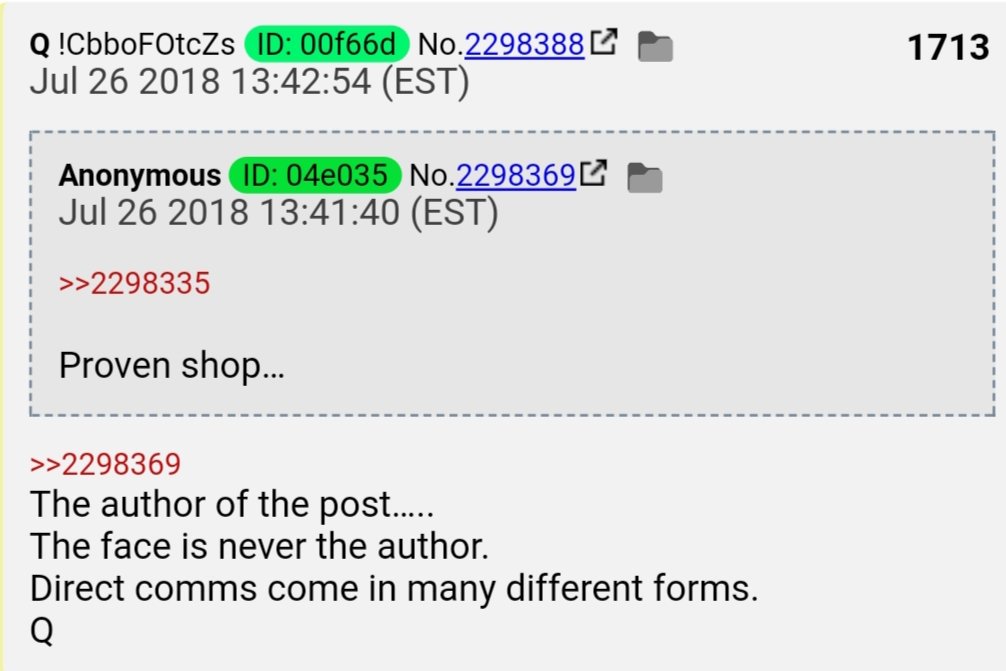 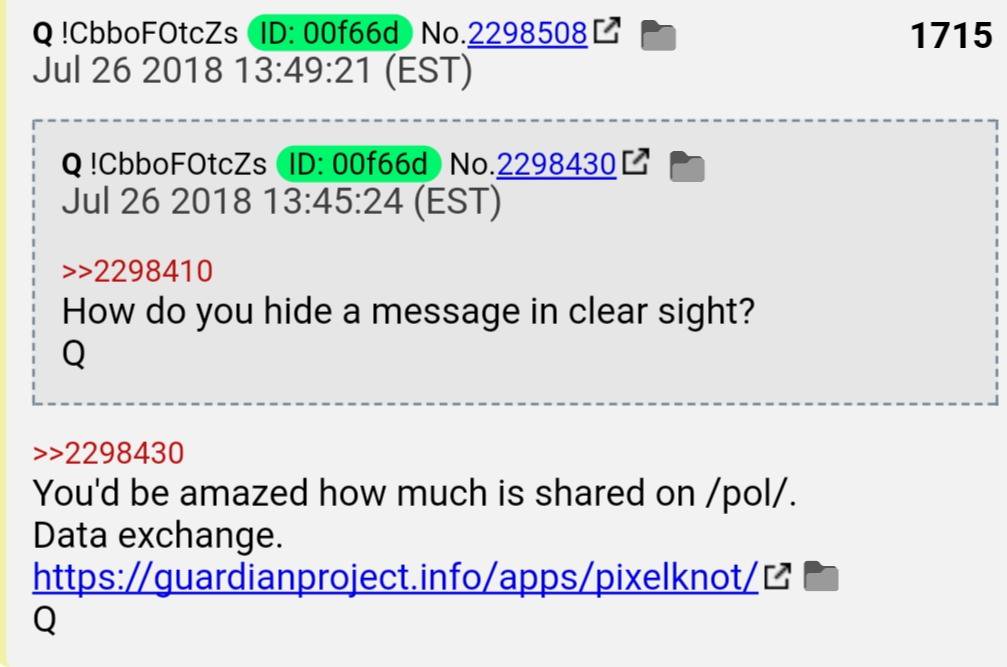 So when it’s said that, “You have more than you know”, it takes on a slightly different meaning, especially after a little steganography background.  How many messages could have been transmitted right under our noses and right in front of our very eyes?  Is it just a matter of time before someone finds something embedded in an image which makes the “Q phenomenon” impossible to discount–maybe even a finding that forces the Question be asked?
All those dog pictures on Twitter?
The off-putting Tom Hanx images on IG?
What about all those weird pictures in the Podesta emails?  (yeah–we’re already looking)
Only time will tell.. But I hear that a picture’s worth a thousand words, so we have a heck of a lot of images to start reading.  😉