For decades and generations, most people haven’t noticed their lives being planned by some elite international group.  Depending on how willing you are to embrace the truth, you can find a treasure trove of information as to how the world really has been working for the last few decades and generations.  I say world because it is a worldwide agenda.  You will find that what you thought to be reality is very different than we have been taught to believe.

For generations, a stealthy aggression has been waged against the people of the world. To advance their stated agenda, they have deployed across many fronts that are identified here: Culture, Healthcare, Education, Media, NGOs, Economics, Immigration, Labor, and Free Trade (CAFTA, NAFTA, TPP, GATT)*.

Reviewing their stated agenda in their own words, the truth can be easier to absorb.

In Their Own Words

Depopulation? Created illness or death? Lowered IQs? Yes, it has been planned and packaged into beautiful “good for you and your family” presentations for our participation without question.

Researcher Alan Watt, in his October 12, 2011 discussion from his website “Cutting Through The Matrix.com,” addresses their master plan for the world. Alan begins by saying the following: 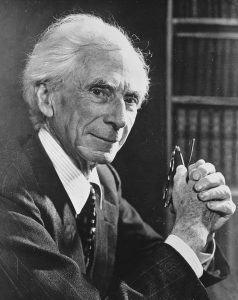 Betrand Russell who was a big player in the world think tanks for MANY years, he lived to a good old age, and he was called upon right to the last in fact to sit at world meetings.  He said in his books that he churned out, for the elite themselves because the average person doesn’t want to read dry stuff; he actually said that, that it would be a scientific dictatorship they would bring in.

Did you catch that? They planned a SCIENTIFIC DICTATORSHIP. After all, how can you deny ‘science?’ It is worth remembering that corruption can be injected (pardon the pun) into any field and any field of study can be ‘used’ to push an agenda.

Catch that? They, that is us, would never know the real reasons.  We are given only basic untruths to throw us off the scent of their intent.

And he said that they preferred the idea of a scientific dictatorship over any other kind.  Plus he said, it would be horrendous and merciless as well.

It’s the same with the vaccine industry.  It’s all part of it too, depopulation and dumbing us down.  He also said they would use injunctions, and all kinds of propaganda, indoctrination, psychology, and the needle – the NEEDLE – injections he meant, vaccinations, to get the desired population that the masters wanted. Well, I’ve know for years and I’ve said it for many, many years that the inoculations, and I don’t care  what age you are too, but the childhood ones definitely, hit you quickly and it knock out your immune system.

And it also, I’m sure it’s the reason that your IQ drops.  After they started giving out all these inoculations and vaccinations to younger and younger children, you’ll find the IQ actually dropped about 10 points, over all across the whole planet, wherever they gave them.

This is the whole planet, worldwide.  We have been purposely dumbed down so we become somewhat more handicapped to see the threat they pose against us.

That’s the new normal, by the way.  And of course, they pooh-poohed it and said, ‘it’s nothing to do with vaccinations, these are God’s gift to humanity’, etc, etc, etc.  And I’ve also said that it really destroys your immune system until your immune system goes at war with everything for no reason basically.  It has been hyper sensitized and you’re constantly attacking things; it’s always at war.  And that’s why folk get tired all the time, chronic fatigue, etc.  It’s killing nothing because there is nothing there and eventually it turns on your own body and it goes for  your joints, or it can attack organs as well – and I’ve mentioned that over the years if you go to the archive section at cuttingthroughthematrix.com.

It is absolutely astounding that this has been perpetrated onto the whole world without most people knowing. But I guess that is the point. They don’t want us to know; otherwise we would reject it outright.  It must be kept hidden, which is the occult.  Alan continues.

I’ve mentioned too that, see, these viruses they give, that they inject into you, have been altered and many of them are synthetic; they can actually identify them, what lab it came from, even 50 years later.  They’ve found them in autistic children for instance; they have a high incidence of these viruses in different parts of their body, including their intestines.

Consider for a moment all the intestinal problems people seem to have today, including children.

Other ones will go to the brain, there’s no doubt about it; other folk, some how it gets diverted into the intestines.

When an vaccination is given by injection, it will cross the blood brain barrier.  Aluminum adjuvants can find their way to the brain.  Here is an article about Aluminum in our brains.  Read more about this topic here: Study: Record Levels Of Aluminum Found In Brain Tissue In Autistic Children.

If you are interested in an even more deeper research of the history of the Polio Vaccine, listen to Judyth Vary Baker, “The Cancer Epidemic: Causes, Crimes and Corruption”.

Another book that goes into the whole story in more depth is “Dr. Mary’s Monkey” by Edward T. Haslam, Jim Marrs (Forwarded by).

Another article that ties into the above topic:

In April 4, 2008, an article came out called, “Vaccine Induced Inflammation Linked To Epidemic of Type 2 Diabetes and Metabolic Syndrome,” Japanese and Other Minorities at Increased Risk from reuters.com. Part of the article says,

Classen proposes a new explanation for the epidemic of both insulin dependent diabetes (type 1 diabetes), which has previously been shown to be caused by vaccines and non insulin dependent diabetes (type 2 diabetes).  Upon receipt of vaccines and other strong immune stimulants some individuals develop a hyperactive immune system leading to autoimmune destruction of insulin secreting cells.

Metabolic syndrome is when your immune system is shot.  As I say, it’s a war with everything and when you actually get an infection, a real infection, it’s fighting all these non-things and it can’t mobilize to attack the real thing.  That’s what happens.  And plus, you end up with massive allergy syndromes, which almost everyone’s got today.

And that’s what I said, you’ll find it in intestines, of course your pancreas is attached to the small intestine, and this stuff gets in there too and it destroys the little islets of Langerhans they call it, that produce your insulin in your pancreas.  That’s why diabetes was SO RARE, so incredibly rare at one point when I was young and then it blossomed all over the place.  That was type 1.

Now, they add all these adjuvants as well to these killer viruses they put into you, and what happens then is your cortisone literally will cause even massive, more inflammation in an area.  Because this virus, this so-called half dead virus, supposedly, will stimulate the immune system – supposedly this is how it works – it stimulates the immune system so as it will come in there and actually your white blood cells will copy or come up with an antidote to whatever.  That’s how it’s really supposed to work.

Now you are wide open to ALL infections because it shuts down your immune system altogether.

The increased cortisone leads to type 2 diabetes and metabolic syndrome.

So here you are, you’ve got type 1 here and there the cortisone, being secreted in abundance, causes type 2 diabetes and metabolic syndrome.  Once again, your immune system’s defunct; it’s hopeless.

Barthelow Classen states in the article,

Japanese children have increased cortisol secretion following immunization compared to white children and this explains why Japanese have a relative high rate of type 2 diabetes, but low rate of insulin dependent diabetes compared to whites, says the article.

The current data shows that vaccines are much more dangerous than the public is lead to believe and adequate testing has never been performed even in healthy subjects to indicate that there is an overall improvement in health from immunization.  The current practice of vaccinating diabetics as well as their close family members is a very risky practice.

Classen’s research has become widely accepted, according to Alan Watt.  View the published papers here and to find out the latest information.

It is interesting that this video just came out January 12, 2020.  CAUGHT ON CAMERA: W.H.O. Scientists Question Safety Of Vaccines.

If vaccines are offered, they need to be safe and definitely not a one-size-fits-all variety.

Barbara Lo Fisher, co-founder and president of Nation Vaccine Information Center (NVIC), is a mom and champion of the vaccine injured and fights for accountability regarding vaccinations.  “Witnessing The Vaccine Injury Epidemic: We Will NOT Be Silent! We Will NOT Give Up!”

If you are someone you know have been vaccine injured, there is reporting system. Most doctors are not aware of it.  To bring more awareness to the issue, vaccine injury must be reported. Here is the link: https://vaers.hhs.gov/.  According to the above video, this reporting system has been altered, but it is the only way to report injury.

In the 1950s children were given a total of 7 vaccines up to 11 months.  See History of vaccine schedule here.

TODAY America has the:

… of all developed nations

If you’re in your 50s or younger, then you have grown up in the “era of mass vaccines.” Since the 1950s, the number of recommended and required vaccine shots has gone up by close to 414%. Now there are dozens of shots per year on the CDC (Centers for Disease Control) vaccine schedule – not just for children but for adults as well.  In this regard, we are seeing personal restrictions coming into society. If you don’t vaccinate, penalties can be imposed, up to and including taking your children because they see you as negligent!

See: How The Vaccine Schedule In The U.S. Has Evolved Since The 1950s

Stay vigilant, keep researching and question what is pushed onto us as beautiful but masked as evil.

Thank you to Alan Watt and his research at cuttingthroughthematrix.com