In Their Own Words

In searching for a new enemy to unite us, we came up with the idea that pollution, the threat of global warming, water shortages, famine and the like would fit the bill. In their solidarity and in their interaction these phenomena do constitute a common threat with demands the solidarity of all peoples.  But in designating them as  the enemy, we fall into the trap about which we have already warned namely mistaking systems for causes. All these dangers are caused by human intervention and it is only through changed attitudes and behaviour that they can be overcome. The real enemy, then, is humanity itself. – Club of Rome, The First Global Revolution, 1991 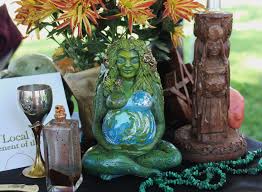 Did you notice the words “we came up with the idea?”  The Club of Rome hopes that you never notice their plans, but only buy what they are selling.  One side note regarding the Club of Rome. Al Gore is a member.


Global Warming has now been changed to Climate Change.  Before climate change, in the 1970s, the idea that was put forth was that a new ice age was imminent.

Many of the publications now claiming the world is on the brink of a global warming disaster said the same about an impending ice age – just 30 years ago. Several major ones, including The New York Times, Time magazine and Newsweek, have reported on three or even four different climate shifts since 1895. (Fire and Ice) from Skeptical Science.

After the ice age idea didn’t take hold, Global Warming became the push and focus.  We are constantly bombarded on buying into an “idea” so it becomes part of our lives.  If we buy what they sell, it makes it easier for them to implement the changes they want into our lives, and all over the world.


According to Truth Serum News International,

The origins of the Environmental movement as we see it began back in 1968, when the CLUB OF ROME was formed. The Club of Rome has been described as a crisis think tank, which specializes in ‘crises creation.’ The main purpose of this think tank was to formulate a crisis that would unite the world and condition us to the idea of global solutions to local problems. This was the instrument to be used to form the One World Government, also know as the New World Order. – (link)

A think tank or policy institute is a research institute which performs research and advocacy concerning topics as social policy, political strategy, economics, military, technology, and culture.  Most policy institutes are non-profit organizations, which some countries such as the United States and Canada provide with tax exempt status.  Other think tanks are funded by governments, advocacy groups, or corporations, and derive revenue from consulting or research work related to their projects. – Wikipedia

Social policy, political strategy, economics, military, technology and culture all have an engine of people behind them.  It is in mankind’s best interest to actively investigate what agendas are behind it all and in every categories.  If not, the people will believe beautiful lies and put in place evil agendas that will not be best for all, but only a select few people.

Catch words and phrases are repeated often so we become familiar with them.  Sustainability is one of those words.  Educating ourselves as to what they really mean when they use words that sound like a good thing is imperative.  Remember, they are trying to sell something.

Participating in a UN advocated planning process would very likely bring out many of the conspiracy- fixated groups and individuals in our society… This segment of our society who fear ‘one-world government’ and a UN invasion of the United States through which our individual freedom would be stripped away would actively work to defeat any elected official who joined ‘the conspiracy’ by undertaking LA21. So we call our process something else, such as comprehensive planning, growth management or smart growth. J. Gary Lawrence, advisor to President Clinton’s Council on Sustainable Development. News With Views, Tom DeWeese

Many people have researched this topic and there are links below to learn more.

Keep researching and learning about the Beautiful Side of Evil, and its many faces and fronts, that have been foisted worldwide.  Search for the truth, your survival depends on it.