Throughout my investigation of the Jeffrey Epstein case, I have come across many powerful people and connections. The case itself is massive and the people involved are very corrupt. It makes investigating them difficult sometimes as they purposely obscure certain aspects of their lives, like how they obtained all their wealth.

I have gotten pulled down some rabbit holes, and I have seen some other researchers picking up on some of the people around and associated with Epstein over the past several decades. A great starting point for researchers new to the Epstein case is the police reports and witness statements from Epstein’s initial arrest back in 2008.

In the literal sea of information surrounding the Epstein case, something in particular stood out. All credit goes to Johnny Vedmore at The Swamp for being the first researcher I’ve seen to make this connection. 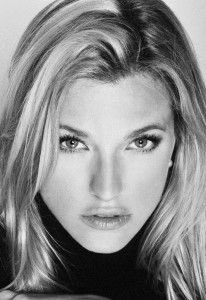 This is a story about an alleged female spook, a real life femme fatale, a woman of great prominence and wealth, who rode on Epstein’s ‘Lolita Express,’ as his private plane has been dubbed, on numerous occasions.

She may be a German born Israeli Intel Operative based in London, England. She was a model at one time, whose name appeared in the Panama Papers from the Mossack Fonseca leaks, and she got caught up in a FIFA corruption scandal with Sepp Blatter and his family. She is the quintessential femme fatale, and yet almost no one has even heard of her. 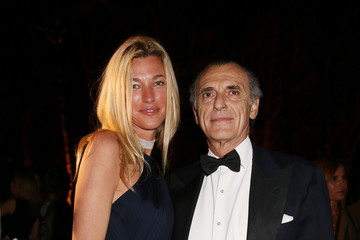 With the assistance of Matt Hancock MP, she has infiltrated the NHS through the UK Department of Health and Social Care. This poses a significant threat to the data security of every citizen of the United Kingdom. Every single piece of data about you, your health issues, genetic disabilities, your blood type, whether or not you have a family history of mental illness, what medications you take, all in the hands of Israeli Intelligence or perhaps, sold off to the highest bidder.

The average reader might be asking why that matters, why they should care about something so seemingly mundane? But when dealing with a foreign nation that has seen fit to meddle in the domestic affairs of other countries, and in the modern age of information and big data, it IS a big deal.

While researching and reporting on the Epstein case, I started to notice connections to what appeared to be foreign intelligence agencies. I had been digging into Epstein’s pimp or handler, Ghislaine Maxwell and her family. This led me into the bizarre story of Robert Maxwell, Ghislaines father, and his connections to the former Soviet Union and KGB, MI5 and MI6 and the Israeli Mossad.

A deeper look at the logs themselves are revealing. They show that Epstein would use his private plane for two main reasons. Typically, he would fly himself and parts of his inner circle to a destination, or he would fly people to meet him. The most rare occurrence was when Epstein would fly without any entourage and just one other passenger. The only name that really stood out from the logs as a good example of when Epstein broke his normal routine was his second meeting with Nicole Junkermann.

Who Is Nicole Junkermann?

Our femme fatale was born in Dusseldorf, Germany on April 27, 1975. She has been described as a German entrepreneur and investor, currently living in London. She’s the founder of NJF Holdings, which includes NJF Capital, NJF Private Equity, NJF Real Estate and the JJ Collection. She allegedly began her career as a co-founder of ‘Winamex,’ a football gaming portal. After its sale in 2001, she invested in newly-founded Infront Sports & Media, a sports media rights agency. Three of her early ‘investments’ incredibly were acquired by Google, Unilever and Sales force those investments were: Songza, Dollar Shave Club and Relate1Q. Her holdings have also included Shanghai Really Sports.

In April 2015, Junkermann founded private equity firm NJF Capital in London – it has a portfolio of 26 companies in the areas of content, media and technology. She studied business administration at the International University of Monaco, and went on to study Management Development at the prestigious Harvard Business School. She is multi-lingual and can speak German, English, French, Italian and Spanish.

Junkermann ended up acquiring the rights in 2002 for the 2006 FIFA World Cup in Germany with her new Infront Sports & Media company. The company was headed by Philipe Blatter, nephew of Sepp Blatter, then President of FIFA.

Because of this nepotism, Infront Sports & Media got the rights to market all of FIFA’s World Cups, and in 2011 FIFA granted the company permission to sell the TV rights, in the ‘Asian Markets’ for the 2018 and 2022 World Cups.

During this time, Junkermann would be caught flying on Epstein’s Lolita Express on three occasions.

On March 22, 2002 – she shared the flight with Epstein, Sean Koo and one other passenger. Her second trip really sticks out though, on Saturday, August 31, 2002 Epstein and Junkermann would fly from Paris Le Bourget Airport to Birmingham Airport in the United Kingdom, just the two of them. They would return to Paris via the same route on September 2, 2002.

For Epstein, this trip seemed unusual. He didn’t have any of his usual clique with him. Junkermann was only 27 years old at the time. The trip could have been innocent, perhaps she was looking for investors and frankly we still don’t know how Epstein obtained a lot of his wealth. The meeting remains a mystery.

However, it provides an interesting starting point for researchers. Junkermann had just graduated from Harvard’s Program for Management Development, and Epstein had a high-profile relationship with Harvard which, in 2003 led to him donating $30 million dollars to the elite institution.

The link between Junkermann, the Israeli Intelligence Services and the IDF is not a small one. Junkermann had invested in, or purchased numerous companies, including Reporty Homeland Security, Carbyne911, Healthtech Digital, Sentient Technologies, among others. Reporty Homeland Security is what is now referred to as ‘Carbyne911’ or ‘Carbyne.’ It’s billed as a ‘global leader in public safety technology,’ and is described as a call handling platform app that lets the operator stream any ongoing emergency directly to responding EMS, providing location data, audio, camera and video access and can be shared, from surrounding wearable tech, even from parked smart cars to deliver more ‘data’ to EMS. 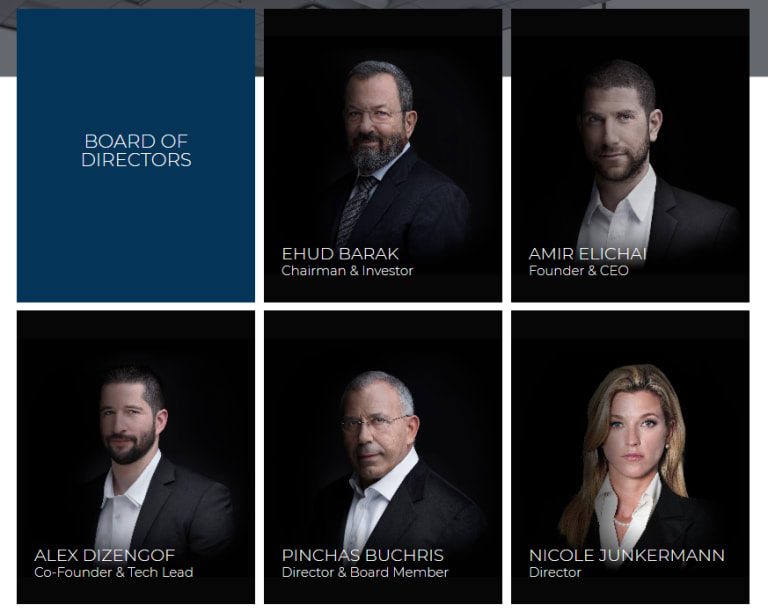 This technology aims to be the gatekeeper between a victim and EMS – Gee, I wonder how governments or criminals could exploit such technology?

The Board for Carbyne includes Ehud Barak, former Israeli Prime Minister, 14th Chief of Staff to the IDF, and a big name in IDF circles. Also on the Board is Pinchas Buchris, former Deputy Commander of an elite IDF operations unit, and Commander of Unit 8200 Cyber Intelligence Unit, essentially Israels version of the NSA but bigger.

So, was this old meeting between Junkermann and Epstein to recruit her for the Mossad?

A careful study of Junkermann’s activities buying up a bunch of start-up tech firms seems to indicate a heavy interest in data and supply chains. in late 2018 Matt Hancock – Member of Parliament for West Suffolk, and Secretary of State for Health and Social Care in the UK appointed Junkermann to the Healthtech Advisory Board.

The Healthtech Advisory Board describes itself as a collection of Clinicians, Academics and IT Experts.

Why does the NHS need an Israeli Intel linked venture capitalist who has been involved in multiple scandals and shady deals?

Junkermann’s portfolio contains an AI startup called OWKIN, with Peter Moss being the Chief Business Officer there. OWKIN uses machine learning to augment medical and biology research. This company would be a good fit into the NHS, but because of its connections to foreign intelligence, it should be avoided.

Last month, Junkermann’s NJF Holdings announced ‘London Hospitals Could Offer Patient Data to Google-Backed AI Startup in Bid to Develop Better Drugs.’ This announcement seems to be an advertisement to their investors that they are already confident OWKIN will get access to NHS patient data.

There is no doubt that if the case is ever unsealed completely, it will come out that Epstein had been working for multiple intelligence agencies. Israel is the most likely candidate based on Epstein’s deep connections. Junkermann, while incredibly wealthy and connected – has managed to stay out of the press and off the radar. She is connected to many tech companies and startups and she is friends with the trans-humanist crowd. I believe, based on my research that she has a well-developed public persona and her internet footprint is seemingly being micro-managed.

Any basic Google search for Nicole Junkermann will undoubtedly bring up many fluff pieces. It is my assertion that this is one of the primary indicators that my initial suspicion, that she is indeed an intelligence operative is in fact correct.

This Story is Still Developing…