After this past weeks horrific mass shootings its clear the dishonest, agenda-laden coverage of the mainstream media presents a major problem for American citizens ability to understand and interpret these events in real time. We have seen how politicians and the media use tragedy to hijack and amplify self serving interests. 8chan, an anonymous internet image board used by millions of people world wide is being universally condemned in the media as a hotbed for ‘hate’ and ‘thought crimes.’ This is exactly the way the media framed Trump supporters and are still trying to frame them now, despite ample evidence to the contrary all over the internet. The media lies by omission and refuses to cover the over 639 documented violent attacks against Trump supporters, arguably hate crimes themselves.

It has now come to light that the El Paso shooter, who was a registered democrat himself despite attempts to scrub that fact from the internet and change it to Republican and Qanon supporter, did not post the alleged manifesto to 8chan, he posted to Instagram, which owned by Mark Zuckerberg, who owns Facebook:

And while we are on the topic of Facebook, its worth noting that:

Facebook itself has live-streamed on its platform murders, suicides, the kidnapping and hours-long torture of a mentally handicapped white man who the attackers believed was a Trump supporter, rapes and have allowed borderline ISIS recruitment videos. When it comes to discussion regarding what is a hotbed for extremism, I argue that large social media platforms which we know were designed to be addicting and cause depression are far more dangerous to society than a random online image posting board that has remained in full compliance with law enforcement since its founding, despite the libelous and defamatory claim by Cloudflare that they are ‘lawless.’ Cloudflare also has a problem with hosting terrorists like ISIS. 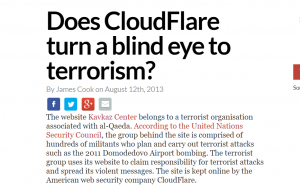 I believe places like 8chan are critical to US National Security and Information Domination and that places of free speech, outside the multinational major social media companies are essential to maintaining freedom of the press and the ability to speak truth to power, even as that power continues to consolidate and grow more entrenched by the day. I believe they do more good than harm, like solving cold cases, and will continue to do good although each platform has its own unique problems.

There is some good news coming from Gab on twitter:

And here is a perfect example of the toxic media spin in action:

Neil deGrasse Tyson had a good point, for which he was immediately condemned for observing by the corporate gestapo on Twitter:

In the past 48hrs, the USA horrifically lost 34 people to mass shootings.

On average, across any 48hrs, we also lose…

Often our emotions respond more to spectacle than to data.

If the media or politicians cared at all about stopping ‘gun violence’ and mass shootings, they would reform the school system and the Department of Education. There is a correlation between almost all of the mass shootings in the past twenty years and its not Trump or White Nationalism or the Internet, its SSRIs and anti-psychotic medications.

Lawmakers that have real concern for these shootings should look into the study by Dr. Dan Roberts for Ammoland.com, its quite detailed and extensive.

I think the media and politicians need to be more careful in their coverage of these events. The National Liberal media is using this El Paso shooting to create a hateful and divisive narrative, further injuring the Nation. They say, if it bleeds it leads; but our National media have proven they can make a bloody situation even bloodier. We saw this in the medias dishonest coverage of the Covington Catholic School kids and the Jussie Smollett fake hate crime.

Then the media and politicians rush to push gun control laws, even though just a few years ago Harvard University did a study that showed that ‘gun free’ zones do not reduce gun crime, as criminals will and can obtain weapons on the black market:

Kates and Mauser claim in the study that while some international comparisons have been viewed as evidence that more guns equals more deaths and therefore to reduce guns will reduce deaths, they indicate that some of these studies use inaccurate or misleading information to obtain the results.”

Antifa is leading a "Border Resistance" militancy training tour that will converge on a 10-day siege in El Paso, TX. The promotional image shows border enforcement officers being killed & government property fired bombed. Organizers asking for "white comrades" to pay for others. pic.twitter.com/zwG7iMLMZT

VIDEO of witness Brittney, who says her mom saw 3 armed men dressed all in black. pic.twitter.com/r9jnR2WfF4

●●●●●#FalseFlag?@elpasotimes reporter captured this eyewitnesses account. The man, who stated he saw the shooter twice clearly indicated that the shooter was in all black with a mask??? #ElPasoShooting #DeepState #impeachment #BorderCrisis pic.twitter.com/99L8UYQO7R

.@MSNBC did report they had three people in custody. pic.twitter.com/K3Jm0JSGnC

What we can take away from all this is that its always better to have more information than less, and that the mainstream media cannot be trusted to report on events without bias and spin. How convenient that they already had new gun control legislation ready and waiting. They are also currently trying to memory-hole the social media profile of the Dayton Shooter, as Twitter has already suspended the account so the only information the public can get is from select gatekeepers. That’s the goal then, isn’t it? 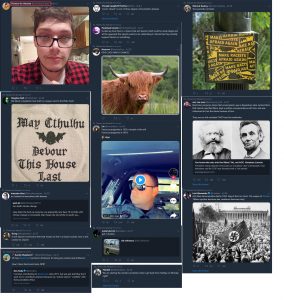 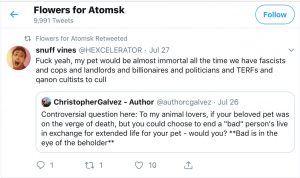 I will leave you with something Obama’s good friend Rahm Emanuel told the Wall Street Journal:

Meanwhile, for some reason protesters and potentially ‘radicalized extremists‘ decided to gather outside the home of Senate Majority Leader Mitch McConnell:

I encourage you to pray for unity and the healing of our country this week. Prayer and education are the only thing that will help…