I am not surprised the DC elites are strongly resembling “The Hunger Games” Capitol City elites. They already consider the rest of us as expendable ‘District’ unwashed (on all levels) and we are working for and providing for them via our tax dollars and growing assault on our freedoms/liberty. Besides, let’s not forget what Lady GaGa wore to sing at Joe’s Inauguration. She fancied herself to be some leftist “Katniss ‘Mockingjay’ Everdeen”… 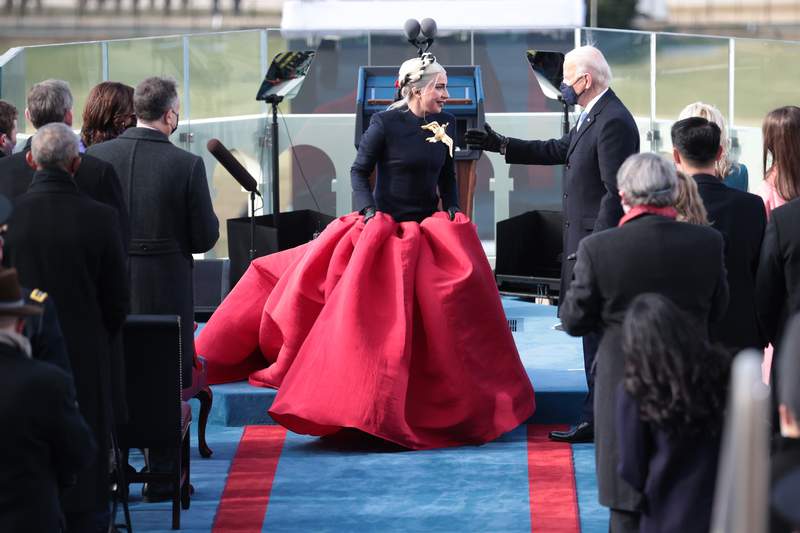 But I digress by eight months.

Last night in New York City the uber elites in the entertainment industry and in the government industry showed up for The Met Gala, sans masks and ‘social distancing’, of course. Hell now, they are “sophisticated”, and you’re not, you know.

.@AOC doesn’t need a mask at a packed celebrity haute couture event, but your kindergartener needs one to go to school and you need one to walk from the hostess stand to your restaurant table, even if you’re vaccinated.

Our civilization continues to blow it again and again. pic.twitter.com/k28s1LraHb

People are speculating how AOC paid for her ticket, or if some “rich” fan paid for it … or if the event throwers ‘comped’ her ticket. Either way, the frock she is tangle in is said to have cost somewhere around $30,000-35,000. I’ve not spent that much on clothing in over two years total… 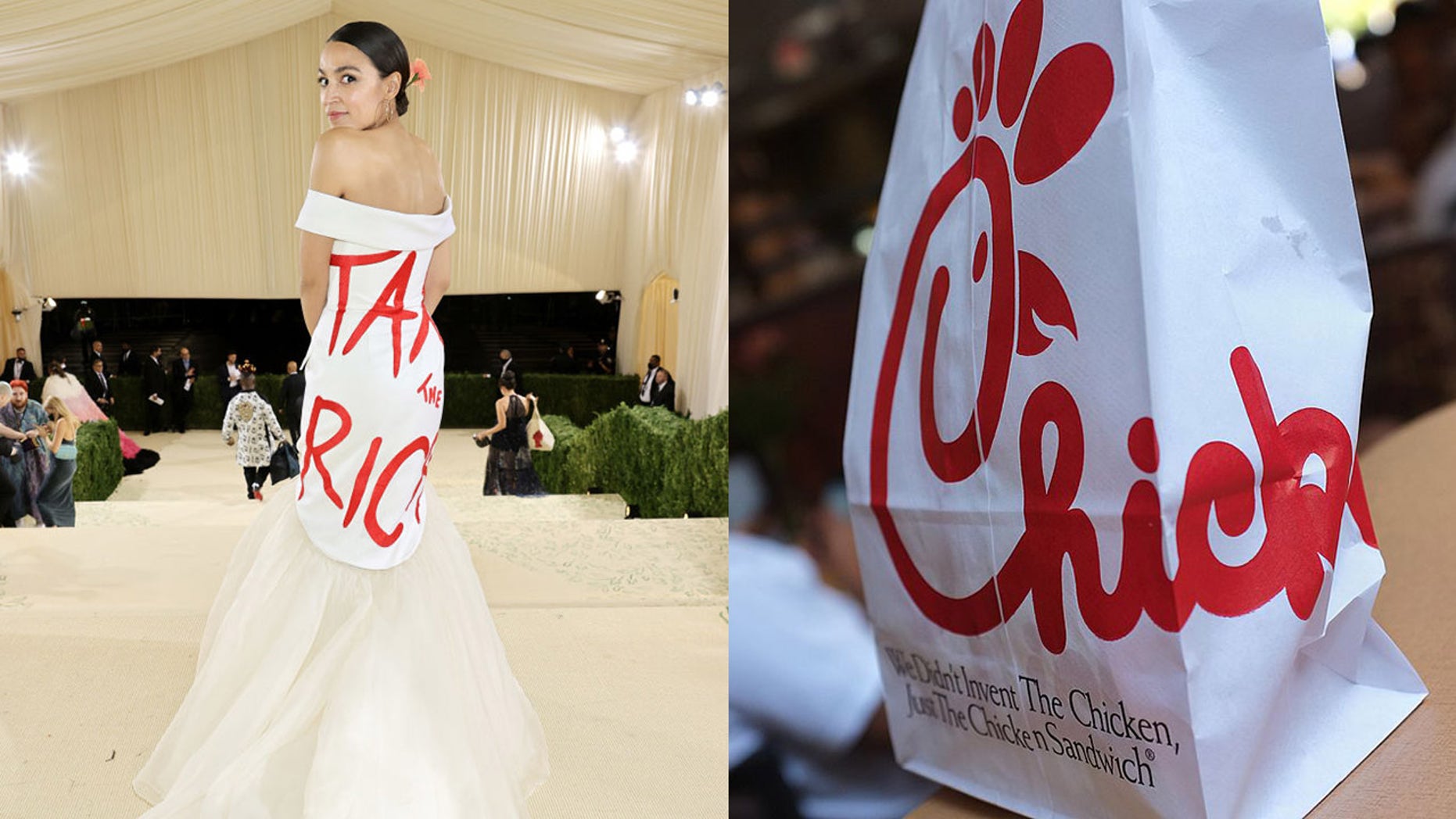 David Aaro: AOC’s Met Gala dress sparks Chick-fil-A comparisons: Ocasio-Cortez said lettering was about having conversation about ‘fairness and equity in our system’

3 tweets about @AOC’s dress? Do you need a restraining order? https://t.co/yliz6sA3O9

Sorry Eric, only one of us has a thing for communist women. https://t.co/fu7w3stnJp

Twitchy: Working-class woman of color AOC is disgusted by lack of respect for her having ‘punctured the 4th wall of excess and spectacle’ at Met Gala

I think after seeing all the celebs without masks or social distancing last night at the Met Gala we should pretty much move on with our lives.

Kids in nyc should show up to school without a mask today and say “Oh I’m sorry I thought this was the Met Gala.”

We’ve really gotten to a point where masks are more of a symbol of power than an attempt to control the pandemic. 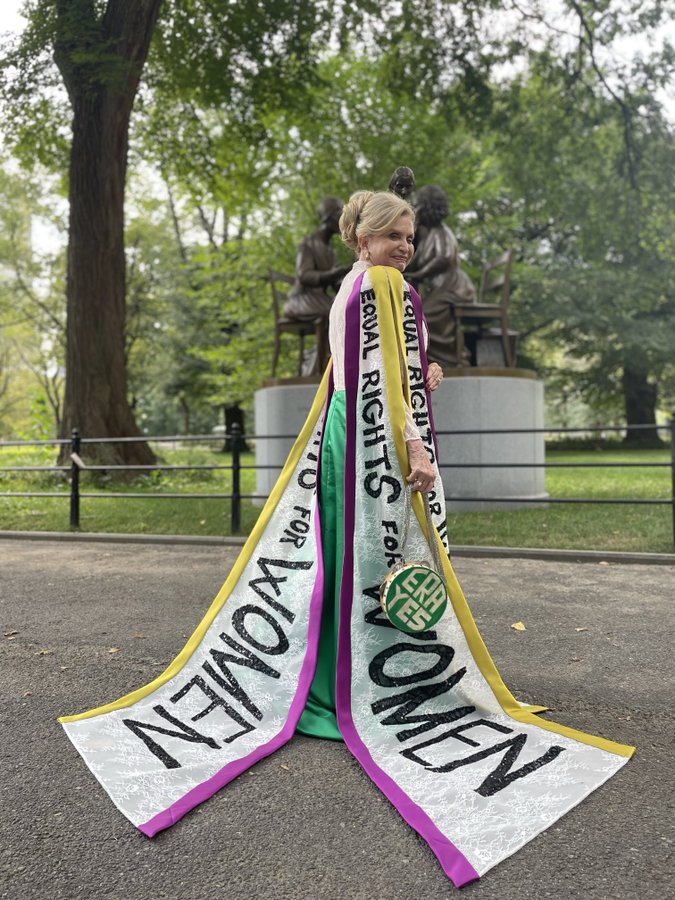 Across the country, women’s rights are under attack.

I have long used fashion as a force 4 change. As the Met Costume Institute reopens w/ their inaugural exhibit celebrating American designers, I am calling 4 the certification of the ERA so women can be equal once and for all. pic.twitter.com/ONbAJq4rOK

Hmm … I wonder how she feels about trans-women invading women’s sports and completely obliterating the ‘equality’ achievements there?

Joseph A. Wulfsohn: White House abruptly cuts feed of Biden mid-sentence as he asks question at wildfires briefing: Biden’s White House has history of preventing public from hearing him off the cuff 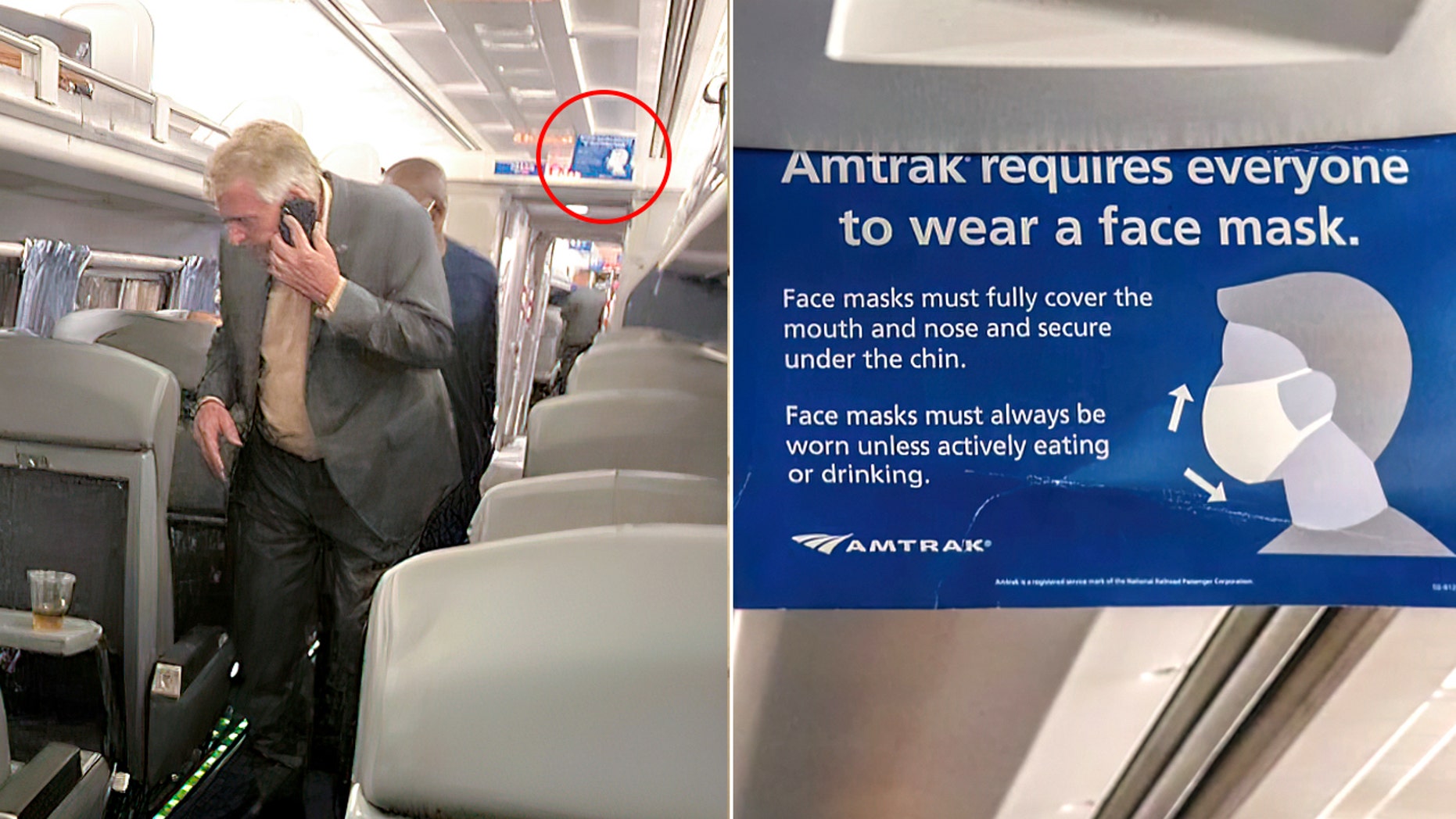 Cristina Laila: Fauci: Proof of Vaccination or Negative Covid Test For Domestic Travel within US is “On the Table For Discussion” (VIDEO)

Dr. Marty Makary: Covid Confusion at the CDC: Decisions on boosters relied on data from Israel. Why isn’t the U.S. producing this research? … He’s not wrong. In fact, he’s damn right. Third world country Bangladesh has researched masks and mask usage, but the U.S. apparently didn’t and has yet to. Other countries have used the various ‘controversial’ treatments and drugs for treating their COVID patients, but the powers that be here in the U.S. have blocked those same drugs/treatments for our COVID sufferers. Why? Because our government would rather tally COVID cases and deaths.

Stacey Lennox: Why in the World Does the CDC Have to Rely on Data From Israel to Guide Our COVID-19 Response?

Afghanistan ain’t over, you know:

Michael Lee: Top Intelligence officials say al Qaeda could rebuild in Afghanistan in one to two years: Officials say that members of the terrorist group have already started to return to Afghanistan

Tim Hains: Lindsey Graham: “We Will Be Going Back Into Afghanistan”

Tim Hains: McCaul To Blinken: Is It True That Putin “Threatened” Biden To Keep US Spies Out Of Central Asia? … To which, Blinken stammered and dropped silent and then answered that he couldn’t answer that in that setting. I think he actually answered that question … in detail.

Zachary Evans: Blinken Dodges Sen. Rand Paul’s Question on Whether Afghanistan Drone Strike Targeted Aid Worker Instead of ISIS Bomber … Again, Blinken mumbles back about not being able to answer that question in “this setting”.

NYPost via FNC: Afghan sniper who helped British Army ‘hunted down and executed by Taliban’: He was reportedly executed in front of his family

Rep. Yvette Herrell: After visiting Holloman AFB, where 5,000 Afghans are living, I have a lot of questions: High ranking military brass and officials could not provide facts about the identities of those in the ‘Village’

Emma Colton: VA teacher says encouraging behaviors like ‘following directions’ is white supremacy: Critics of the Virginia teacher’s TikTok are calling for him to be fired … And so, YES, by all means … use the blow dryer in the shower, iron clothes while wearing them, play in traffic and on RR tracks– HELL, run the RR flashing red lights and blocking bar and drive across those tracks with the train barreling down them — , take sleeping pills and pain meds and go ahead, operate motor vehicles and heavy equipment, and absolutely ‘try this at home’.

CNBC: Nearly half of young people worldwide say climate change anxiety is affecting their daily life … Oh, for the love of Gaia! Get a f**king life already! The only real ‘climate change’ is that over half a generation has turned into fatalistic neurotic snowflakes!

RIP, Norm. Thanks for the laughs, you magnificent bastard…

Julius Young: Norm Macdonald remembered by the comedy world: ‘He was in a complete league of his own’: Macdonald died Tuesday following a nine-year battle with cancer

Every one of us loved Norm. Some of the hardest laughs of my life with this man. Most fearless funny original guy we knew. An incredible dad. A great friend. A legend. Love u pal. pic.twitter.com/2Pftw28uPc

“I’m pretty sure, I’m not a doctor, but I’m pretty sure if you die, the cancer dies at the same time. That’s not a loss. That’s a draw.” – Norm Macdonald