Who will go where with whom for what ends?

Recent Trump rallies have been trolling the mass media by ending with a song called WWG1WGA — “Where we go one, we go all” — which apparently is a “QAnon slogan” according to Rolling Stone. If they say so, it must be true! We can’t have the plebs engaging in critical thinking about media-enabled crimes, so all unacceptable forms of inquiry are given the label “QAnon” and denounced as being socially taboo. Thus far the propaganda has worked to deceive many, but we know that the end game is fast approaching when (military) reality has to overtake (media) narrative.

So what might this slogan for a freedom of thought movement actually mean?

Acknowledgement of our shared fate

If its origin is to be believed, WWG1WGA comes from a boat’s bell. Any ship brings together a collective of people into a voyage through potentially perilous tempests. In the ordinary course of events either all arrive safely. Should there be a wreck, it is common for all to go down with the craft. In this case WWG1WGA states the fact that we sail or sink together… the fate of one cannot be separated from the fate of all.

Taken to the next level, WWG1WGA is a restatement of the revolutionary ideals of the American Declaration of Independence and the Constitution. The power of “all” (i.e. government) flows from the consent of the “one” (i.e. the individual), and not the other way around. The Covid scamdemic worked to reverse this: where the state goes, the people must follow, as the collective interest overrides the sovereign human. WWG1WGA is a return to sacred fundamentals of where power comes from… and flows to.

No man left behind military ethos

In order to engage in risky endeavours with shared fate we need commitment to mutual protection. The ideal is the ship arrives with all safe and sound aboard; the worst case is it sinks with all lives lost. But we also have a mutual pact so that if a man goes overboard we turn around and search for the lost soul until all hope is lost. WWG1WGA is a collective pact not to let the enemy pick us off one at a time, but instead to have each other’s backs. It extends that ethos from those who are actively signed up to all who are under oath to defend their nation and its values.

Equality under the law

The Atlantic has an article begging for a nebulous “amnesty” for the whole Covid scam and power grab. Whether this is laughable, tragic, or outrageous is left as an exercise to the reader. What is happening is that the unaccountable class is being held to account, and they don’t like it one bit. If our problem is a two-class society — of those above the law, and those under it — then WWG1WGA is a way of stating that we are returning to the equal rule of law and blind justice that protects our unalienable rights.

The “one” in WWG1WGA could be taken to be Jesus Christ and an exhortation to take up your cross and follow. This takes it from being a mind and body statement about people into the spiritual realm. It implies the “go” is toward the holy, and that we are not able to determine that end point without outside help and guidance, as we are too easily deluded or distracted. I didn’t give it much credence until I found Satanists absolutely desperate to deny its power to others, so I started to pay attention.

The wicked use duality and divide-and-conquer in order to subjugate society. We are split into endless warring identities: left vs right, pro-vax and anti-vax, climate protestors and climate deniers, heterosexual vs homosexual, feminist vs TERF etc. Crises are engineered to force us to expend our righteous energy in combat with each other, ignoring the hidden hand that coordinates it all and corrals us. WWG1WGA is the antidote to the Hegelian dialectic and isolation, unifying us in a collective movement to expose those occult forces and remove them.

We are at war, albeit one of those particularly barbaric quiet wars using silent weapons wielded by those we were taught to trust. In all wars there are deadly risks and casualties, and inevitably there are choices over where the incidence of death and injury must fall. Should the life of a patriot fighter be given equal weight to someone who drags their feet and even puts children in danger under the sway of lies? WWG1WGA is possibly an ethical stance on the equal sanctity of all life, and minimising all loss is the “objective function” of any “trading space” in military planning.

We are in a conflict that is dividing the human from the cyborg, and sees a large number of people allowing the enemy into the inner temple of their genome. mRNA injections allow you to bypass the normal cellular defences, and install a new “operating system” that is created by bio-software engineers, and not divine creation. The “we” of WWG1WGA could be seen as an allusion to those with intact human genomes, as we are going to a different destination to those who took the poison. Those who keep their blood pure go together into a new world; the rest… oops, WWG1WG0.

Accountable for exiting Babylon together

The logic and morality of the world of commerce has come to envelop nearly all of human life. This is “Babylon” — the confusion of man as to our divine nature, substituting the rule of legislative law for natural law, and confiscating our inheritance. In a debt slave society anyone who tries to exit the “Mammon matrix” is singled out for ridicule or punishment. WWG1WGA can be seen as the exhortation to be “in the world, but not of the world” and to stick together in our quest for freedom so we are not sucked back in.

Foreshadowing of something really crazy

Maybe we do face some kind of pole shift, supernova, solar flare, galactic pulse, Planet X, supervolcano, or other cataclysmic type event that will force humanity to evacuate the surface of the planet. Not my area to comment upon or make predictions about! But in the final evaluation, maybe WWG1WGA is telling us that we have a bigger journey to make together, and perhaps we have an “down, up, across, or out” decision as to where to take shelter or terraform next. Elon Musk seems to think Mars is a good option… who knows!

Those were all relatively upbeat and positive takes on the WWG1WGA mantra. For true intellectual integrity I am also forced to acknowledge the possibility that we are in a trap, as with Operation Trust and the Bolsheviks. In this case WWG1WGA would be a socialist ideal, with the “ones” lost to the “all” and the “go” to the gulag. I have many good reasons — logical, historical, and intuitive — to believe otherwise.

The next few weeks promise to be epic and historic, so we shall find out soon enough! 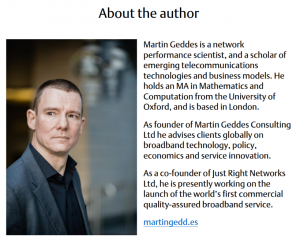 This content is public domain, and you can download it along with other Q-themed essays at onq.martingeddes.com. There is no need to ask me for permission to do anything with it. If you want to support my work, see here. ~~ Martin Geddes
~~~
Featured image by Martin Geddes, who says “I really need to find a way to make some income from my art again, ho hum.”
Subscribe
0 Comments
Inline Feedbacks
View all comments