*Republished with alternate title due to clear censorship of the article on social media. There is a widespread effort to suppress any and all discussion pertaining to the “whistleblower” Eric C.

April 4, 2020 – Today’s news regarding President Trump’s firing of the Intelligence Community Inspector General Michael Atkinson is already being spun by the Democrat-Media-Industrial complex. The main spin is via lies by omission. There is a failure to disclose pertinent and highly relevant details. Without members of the alternative media reporting on these key findings, the American people largely would be left in the dark regarding the true motives and intentions underlying the past three years of relentless pursuit of the President.

Atkinson, alleged Ukraine whistleblower Eric Ciaramella and associates, appear to have been involved in the 2016 Intelligence Community Assessment, which was used to pursue warrants against members of the Trump Campaign. This means they are potentially conflicted and may in fact be trying to prevent their own misconduct from being exposed.

We first reported on the identity of the “leaker blower” on October 10, 2019 one of the first publications to break this important news. I then did a more in-depth follow up on Ciaramella here.

If you are not familiar with this, see our report on the form changes and the rules change from requiring first-hand knowledge, to allowing second-hand knowledge and how this form was then quietly updated and deceptively backdated to make it appear it had always been that way.

See also our report on how ICIG Atkinson had once been a lawyer for Spygate coup plotters John Carlin and Mary McCord.

Trump’s dead of night decision to fire ICIG Michael Atkinson is another blatant attempt to gut the independence of the Intelligence Community and retaliate against those who dare to expose presidential wrongdoing.

It puts our country and national security at even greater risk. pic.twitter.com/Pnm7chdIkl

We are now starting to hear from the Department of Justice that John Durham’s investigation is honing in on the Intelligence Community Assessment and John Brennan. 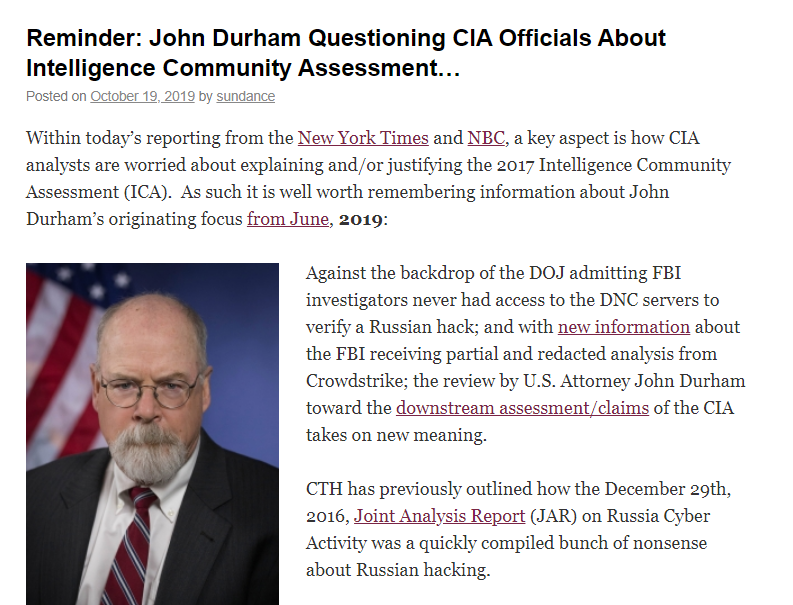 It appears to have been filled with CIA operatives, as @FOOL_NELSON tweets report:

THREAD:
1/ Who were the individuals working at the National Intelligence Council during the coordination of the Intelligence Community Assessment of 2016? https://t.co/T5EkF2o9AT pic.twitter.com/b9ODFBdihf

7/ Attached in the classified letter @SenateDems sent to Obama, after @POTUS's election, was a Deputy National Intelligence Officer for Cyber's redacted emails. A candidate is Timothy Frederick. https://t.co/ioUoq6QIJd https://t.co/nVkWqITpUN pic.twitter.com/K11KHJqnst 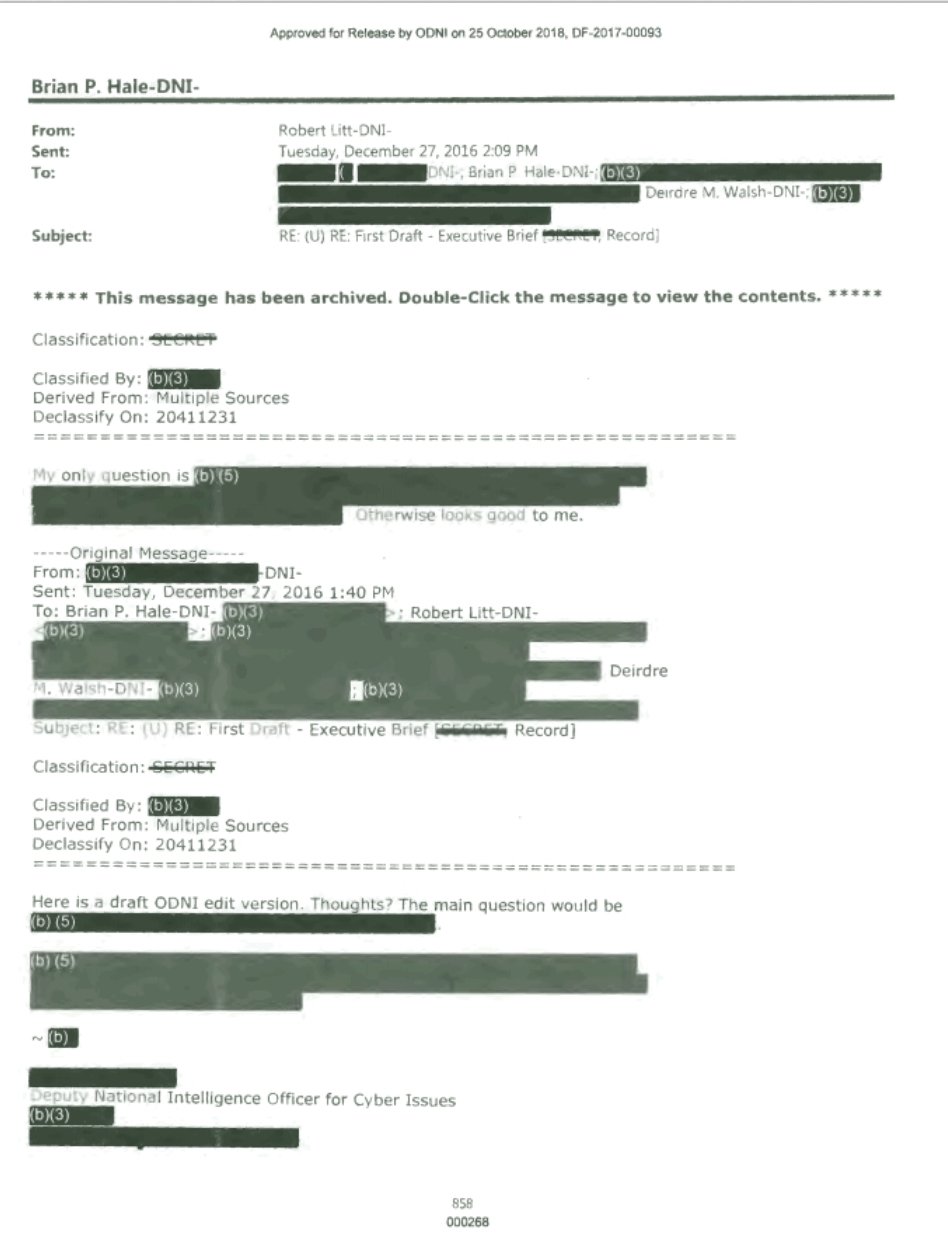 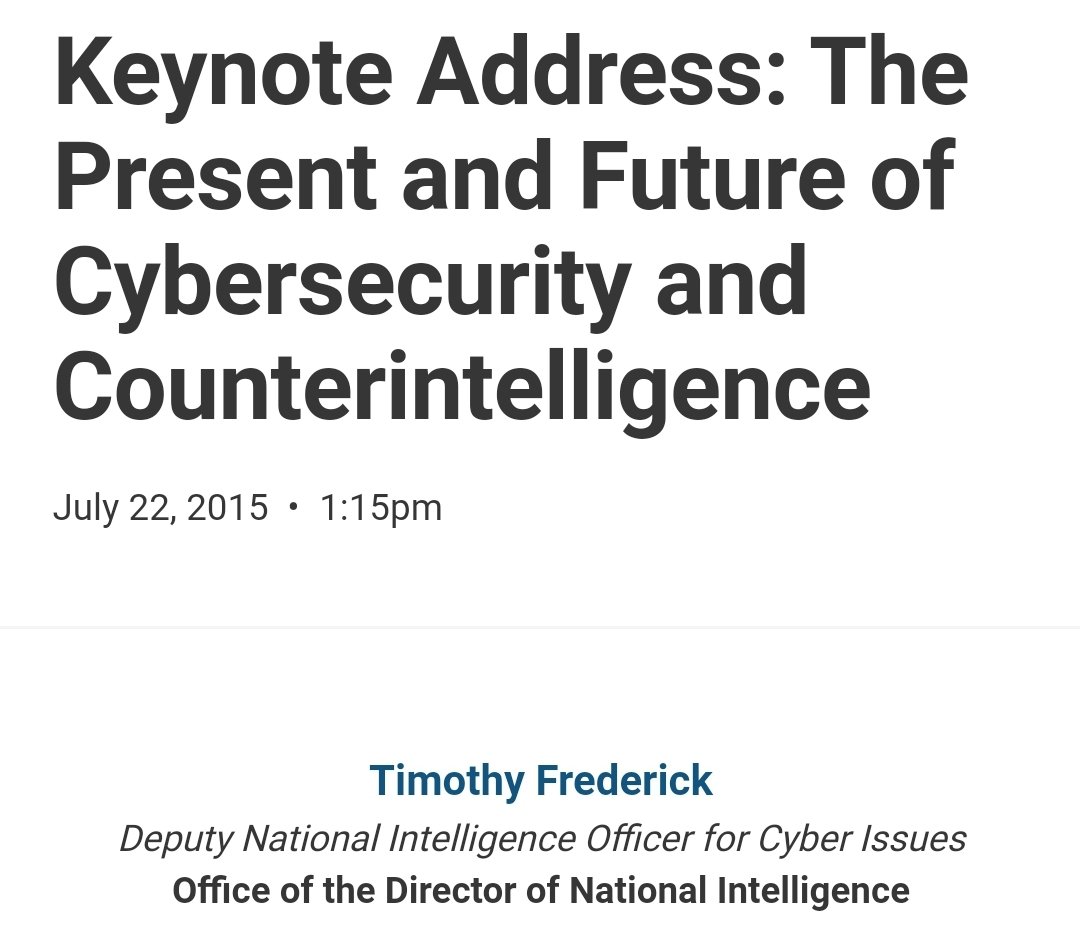 This is highly disturbing considering what we have learned about Eric Ciaramella and his radical ideology. 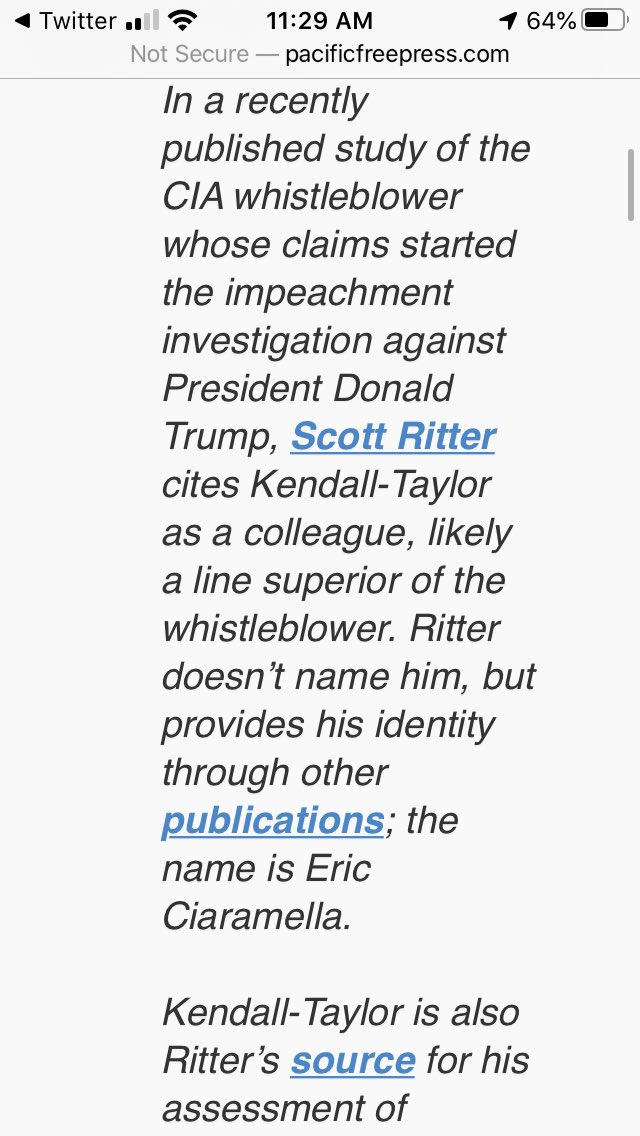 We have now come full circle. It would appear Ciaramella, as well as some of his colleagues, may have been involved in the 2016 ICA . I encourage you to do a search on the main PSB website for Eric Ciaramella to read all my articles on him. Here is a video that describes his occult connections:

Kevin McCarthy says “this is all about making sure the people don’t find out the truth about Eric Ciaramella, the Bidens…“:

Investigative journalist Paul Sperry has been reporting on some of this information as well:

BREAKING: This is why Durham is seeking to interview senior CIA analysts involved in the Obama-ordered ICA — and why Rogers is already talking to Durham …https://t.co/yKUZ4H1V5j 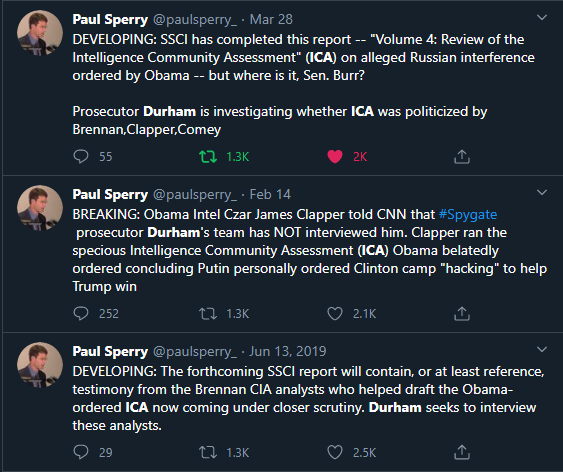 Sundance of the Conservative Treehouse has also been on the trail:

18) Apparently John Durham is looking into just this aspect: Was the ICA document a politically engineered report stemming from within a corrupt intelligence network?

20) If the ICA is a false political document…. then guess what?

22) "Mr. Barr wants to know more about the C.I.A. sources who helped inform its understanding of the details of the Russian interference campaign, an official has said. He also wants to better understand the intelligence that flowed from C.I.A. to F.B.I. in the summer of 2016."

I think we are about to learn the truth about the entire Russiagate hoax. U.S. Attorney John Durham and Attorney General Bill Barr appear determined to get to the bottom of things. I believe in time, President Trump and many others will be vindicated.