Posted by Maggie on September 23, 2022 in General News

There is no other way to describe what is continually going on right now, and coming soon, than “Volumes of Fuckery”.

Heartless Clumps of Useless Tissue … And I Don’t Mean The Unborn:

The latest desperate attempt to dehumanize the unborn has taken on a new false narrative/fake premise. For years the pro-abortion activists/advocates have virulently opposed pre-abortion ultrasounds for pregnant women considering abortion. Seems they just don’t believe women should have all the medical data due to them when making personal medical decisions about their own bodies. They are now taking it to a whole nother level…

Georgia Democrat Stacey Abrams: “There is no such thing as a heartbeat at six weeks. It is a manufactured sound designed to convince people that men have the right to take control of a woman’s body.”

Stacey Abrams is pushing a theory here that ultrasound machines, used in hospitals now all over the world, were designed by a cabal of men, to manufacture a sound beat on purpose, in order to convince women to keep unwanted pregnancies. This is beyond QAnon shit. https://t.co/4pOoUJRt52

See how he did that? Get the full scope out of this post-Roe mental breakdown of the pro-abort left…

FWIW, “fetal heartbeat” is a misnomer. The ultrasound picks up electrical activity generated by an embryo. The so-called “heartbeat” sound you hear is created by the ultrasound. Not until 10 weeks can the opening and closing of cardiac valves be detected by a Doppler machine. … https://t.co/OODSeeFMas

Stephen, I don’t think you understand. Before the baby develops a heart, it rubs its little feet on a small patch of carpet inside the womb. That’s the electricity picked up by an ultrasound mission — please educate yourself before commenting in the future.

HEH!!! But even the British NIH disagrees with the NPR and The Atlantic propaganda…

Yeah, look for the NIH to change their site’s “information” just like Planned Parenthood has…

Here’s the origin of this myth…. Naturally, it’s @TheAtlantic. Check out the LONG list of corrections… https://t.co/tbpv0Kpvqu

“Moira Weigel is a writer and a doctoral candidate in comparative literature at Yale University. She is the author of Labor of Love: The Invention of Dating.”

No mention of any degree in any medical field despite her attempt at a “Dr Jill” type title.

This NPR report offers a detailed look at a complex subject. https://t.co/7MftFIDwqW

Again, the two (more likely than not are pro-abortion) female writers of the May 2022 NPR article are journalism/English majors, not medical professionals. The medical citations “quoted” in their missive piece are out of full context, and I redirect you back to Stephen Miller’s simple responses to this latest bullshit attempt by the left to dehumanize life in the womb … and, really, at any stage of pregnancy and birth.

There is an full-blown balls-to-the-wall effort by democrats, their MSM, and other leftist ankle-biters to make their dem candidates in the November midterms elections pro-something other than reality … you know, inflation, crime, the open border. And some devils are spinning their own evil…

Imagining the devil in his advertising office at the top of the highest skyscraper in hell giggling to himself as @GavinNewsom uses Jesus’ own words to support killing babies pic.twitter.com/pMo5qa1WmS

I think this has to be one of the worse distortions of a Bible passage I’ve ever seen. Shame on @GavinNewsom & his government.

From border invasion to home invasions…

A Texas farmer who owns a 150-acre ranch along the U.S.-Mexico border recently shared footage of migrants running onto his property and barricading themselves inside the home where his grandparents live.

The farmer, who wished to remain anonymous, told Fox News Digital his family has owned the property for upwards of 100 years. The video, he said, illustrated a daily occurrence for his family. But the problem has grown worse in recent years, he said…

“I feel that we’re at an all-time peak right now. We’re at the highest we’ve seen this in, ultimately, 90 to 95 years,” he said. “We’ve seen thousands of people cross through here, with no problem and all due respect (saying), ‘Hey, we’re just trying to get through no problem.’ Go ahead. We understand that.”

He added: “But that video … when they have zero respect and barge in your home on a Sunday at four o’clock in the afternoon when you’re sitting down, rest and relaxing, recliner up and your door flings wide open and three people that you don’t know just come running through the kitchen, it’s unfathomable.”

(Members of one of the migrant caravans riding on a truck in Donaji, Mexico. (AP))

Biden Farming-Out Millions to Foreign Farmers Around the World:

This might not be as bad if the climate change insanity cult wasn’t removing fertilizers and other fossil fuel based methods from farms around the world, and if Biden wasn’t sending BILLIONS to pretty much fully fund the damn war in Ukraine. Or is this just another Biden laundering money operation…

… not to mention also paying off student loans and spending gazillion$ on bullshit like the “Inflation Refuc—- er, Reduction Act”…

DM: “And I’m not sure how much it has to do with inflation, but that’s OK”: Biden’s climate envoy John Kerry admits he doesn’t think the Inflation Reduction Act has ‘much to do with inflation’ – and lauds what it does for the climate: … It’s always okay when democrat policies don’t do what they promise they will do.

“Thank you, Brandon, may we have another”… 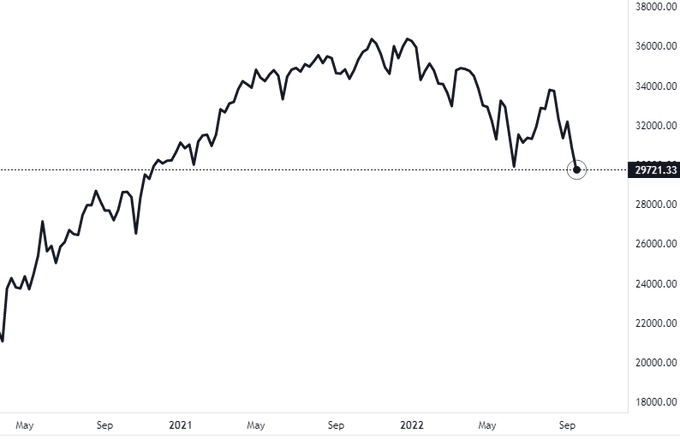 Meanwhile, in the RINO habitat of The Swamp…

Tyler Olson, Kelly Laco: ‘A NEW DIRECTION’ – House Republicans unveil sweeping ‘Commitment to America’ agenda ahead of midterms … That’s fandamntastic, Kevin, but we’re beyond damn sick and tired of the GOP saying and not carrying-out. So, admit that while you’re trying to sell this to an over-stressed-out American public.

Oh, about that Russia-Ukraine War…

-Prices for air tickets out of Moscow soared above $US5,000 for one-way tickets to the nearest foreign locations
-Kremlin spokesman Dmitry Peskov says reports of an exodus of draft-age men were exaggerated
-Some EU countries including Estonia, Latvia, Lithuania and Poland, have begun turning away Russians from crossings

Even prior to the mobilization announcement, Dedaena bar in the Georgian capital of Tbilisi forced Russian citizens desiring to enter the establishment to fill out a “visa.”

VIDEO: Tucker Carlson: The Russia-Ukraine Conflict: We are the closest we’ve ever been to nuclear conflict in history

Twitchy: ‘I will NOT do this’: Miranda Devine talks about heroic FBI/J6 whistleblower in EYE-OPENING interview with Tucker Carlson (watch)

Twitchy: Jamie Raskin tries weaseling out of talking about Ray Epps by playing ‘dumb’ but Thomas Massie ain’t havin’ NONE of it (watch)

Twitchy: ‘Raids for MISDEMEANORS’! Julie Kelly’s thread on FBI whistleblower exposing ‘rot and corruption’ at FBI around J6ers a MUST-read

In a Game of Thrones world would he be called Justin Snow or Justin Sand, hmmm?

Canada strongly supports people who are expressing themselves and protesting peacefully in Iran. We are calling on the Iranian regime to end its repression of freedom of expression – and to end the ongoing harassment of, and discrimination against, women.

You learned from the best dictators to go against PEACEFUL truck drivers. You need to sit this one out

Is this a fucking joke? There’s no way you wrote this. Your henchmen literally shot a Journalist and you trampled a Native Grandmother. You can’t be seen in public without someone calling you a Communist Traitor. For the love of God stop prostituting Canada to the WEF.

You violently suppressed peaceful protest in Canada. You groped women, fired women. You are an awful, awful excuse of a man.

Meanwhile, in Iran: It wasn’t that Mahsa Amini did not wear a hajib, but for not ‘wearing it properly’ …

Benjamin Weinthal: Iran’s ‘morality police’ accused of murdering woman for not properly wearing hijab, sparking protests: Protests against the regime have reportedly taken place outside the hospital where Amini died 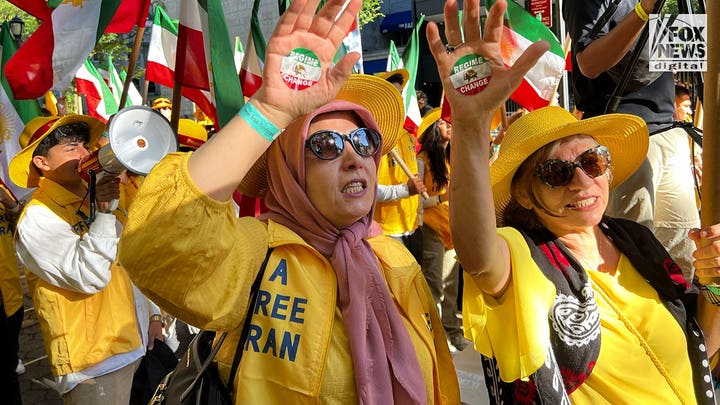 Peter Aitken: Iranian president speaks of ‘justice’ to UN as protests consume his country with demands for regime change: Raisi pledged to hold the US accountable for Qassem Soleimani’s death via tribunal

Michael Lee: Iranian protests taking off in 100 cities, 30 provinces, with dozens killed and widespread arrests: Mahsa Amini died in police custody after being arrested for not wearing a face covering in public

Twitchy: AOC’s take on the courageous Iranian women protesting and burning their headscarves over Mahsa Amini is nothing short of revolting