My Fellow Americans, if you have not fully recognized what is going on in our nation please wake up and open your eyes.
This is not accidental or even incompitence.
It is DELIBERATE and they keep telling you so.

BBB: Biden Bodycount at the Border:

The 53 that died in the back of a truck earlier this week have not yet been added to that above number, so, the current number dead are 571. Just imagine if this was going on under Pres. Trump.

Kyle Morris , Andrew Murray: STANDING ALONE – Pro-life Democrat sounds off on AOC’s abortion comments, Biden’s border security failures: Cuellar sounds off on AOC remarks, Biden admin’s disregard for border security ahead of midterms. Cuellar suggested Democrats should ditch certain ideas that could be viewed as extreme ahead of the midterm elections … Cuellar is one of those fed-up and frustrated democrats in a border area that went from leaning blue to leaning red. If he wins re-election he should consider flipping to the GOP. Especially after the crap AOC and the dem party has slung at him. What arrogant ignorant AOC said…

Cortney O’Brien: AOC wonders if pro-life Democrats should continue to serve: ‘We really need to reassess’: AOC instructed Instagram followers to vote out pro-life Democrats at municipal, state and federal levels … Fantastic party platform to stand tall on, “pro-death”. So great how the establishment democrats have allowed this low-IQ barmaid to hijack their party and reveal it to be a stepping stone to communism. This shithead claims the conservative Justices went against the Constitution when they ruled on Dobbs/Roe v Wade when in cold hard fact after 50 years they finally corrected the unconditional ruling of the SCOTUS ruling in the 1970s. She and others continue to feed this lie to the American public and to the world in general and the MSM continues to embolden them to persist.

Meanwhile, the MSM has become far, far too stupid to report on anything… To be fair, MSM is just following KBJ’s lead as none of them are ‘biologists’ either & can’t designate KBJ as a ‘woman’. But the ‘1st black’ designation looks all the worse for it… https://t.co/zq41Ky5y6i via @twitchyteam

The Bee did it again. pic.twitter.com/oKRkS5LRH4 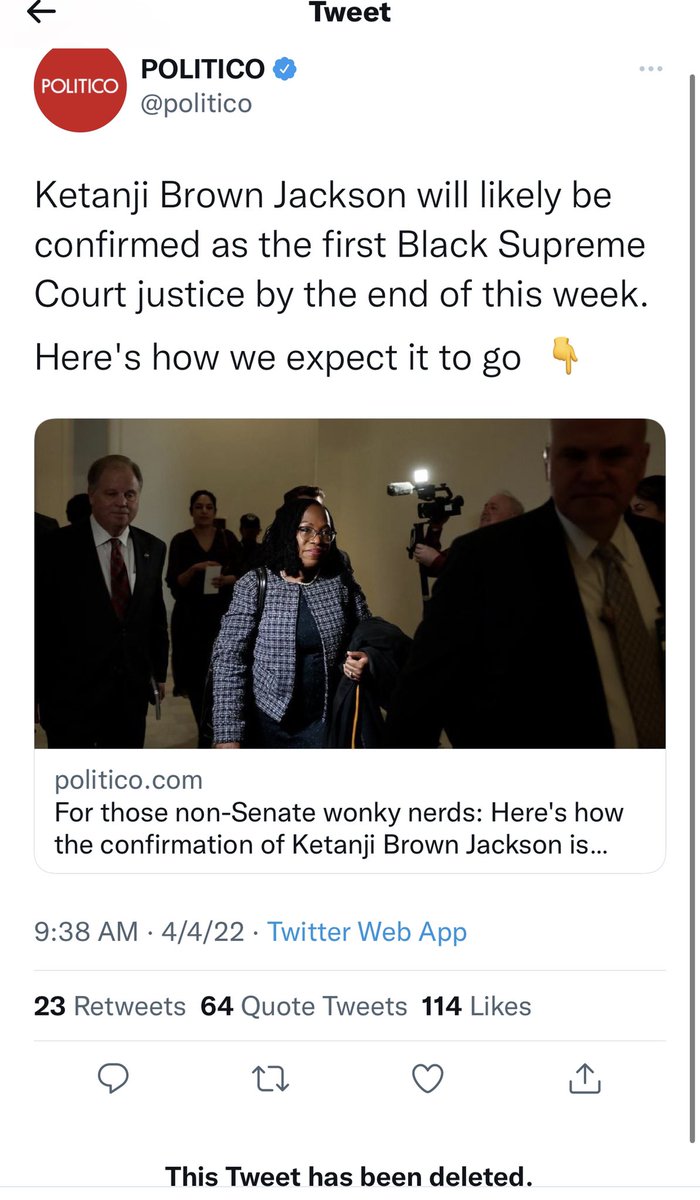 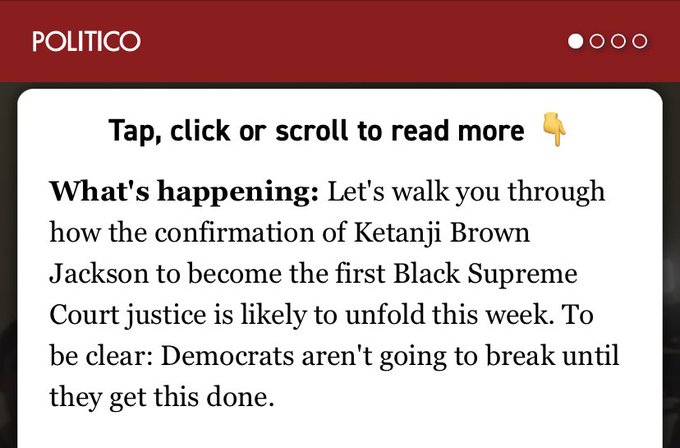 (Must emphasize how much I’m kidding)

Hard to tell if they’re being snarky or just incompetent. I’m betting the latter.

Twitchy: BUSTED! GMA deleting tweet that called Ketanji Brown Jackson the ‘first Black SCOTUS justice’ in U.S. history goes so so so WRONG … I’ll just bet both these ‘black’ Justices could define what a woman is, even without being biologists.

Why have you never seen Clarence Thomas at an NBA game? As in — ever?

First of all that’s racist and secondly, it looks like you missed this historic game. pic.twitter.com/vmXY24EIHs 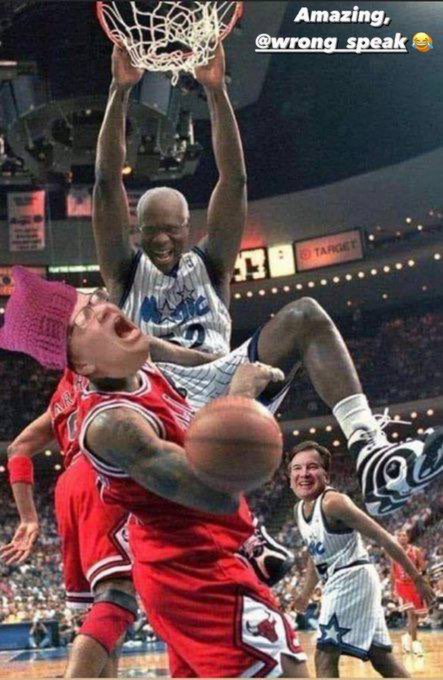 Matt Margolis: White CNN Host: ‘Why Have You Never Seen Clarence Thomas at an NBA Game?’

Well, guess you couldn’t add your blinding brilliance to MSM/left’s pile-on of “Thomas is a black ‘white supremacist'” & Thomas not a ‘black SCOTUS Justice’ because KBJ’s “the 1st black Justice” narratives, so-o-o, ya had to go for the big DERP lie on his judicial opinion quote.

No, he really didn’t. He was directly citing the argument of one of the parties, not making his own claim. The fact that no one in the media seems able to do basic reporting on SCOTUS decisions is a real problem and exhausting to watch. https://t.co/2Bws5fY7uD 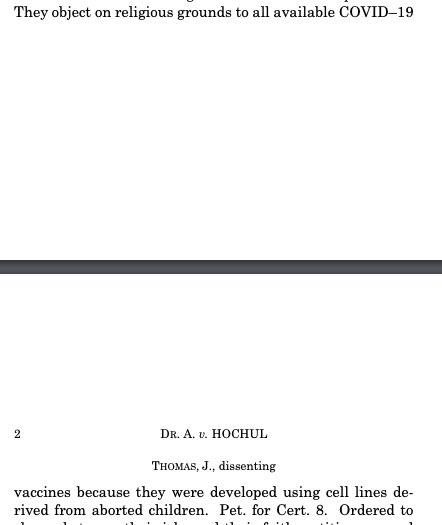 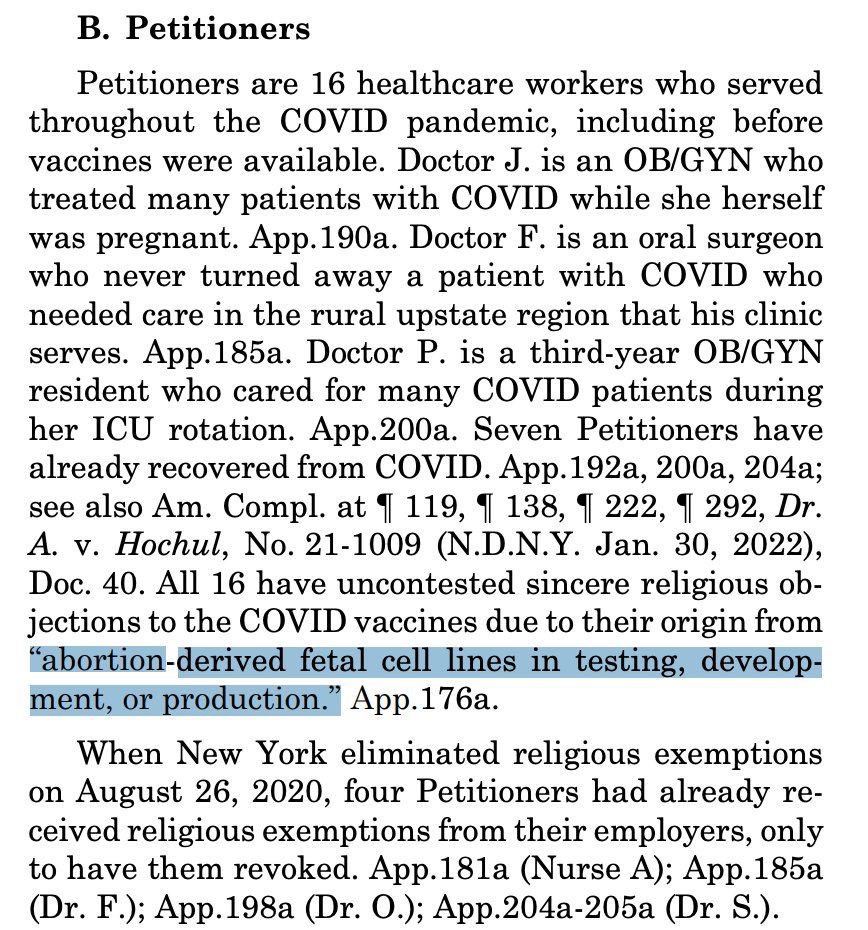 Politico and NBC News also spread this false claim. One left-wing activist at Slate spreads a falsehood about a SCOTUS decision and it somehow ends up a story in 3 major publications… how does no one in the press see an issue with this? pic.twitter.com/wdjXkbvIXj 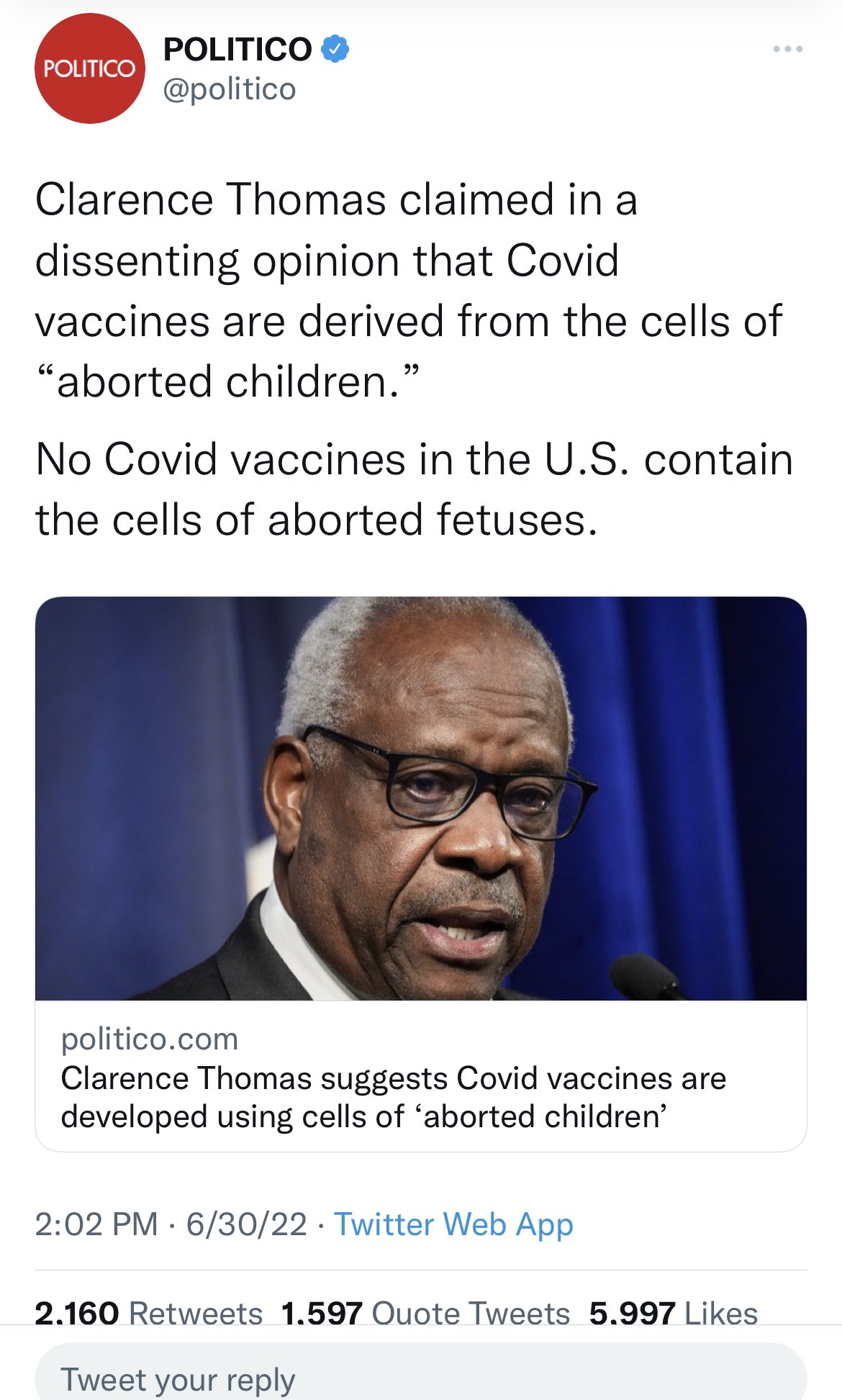 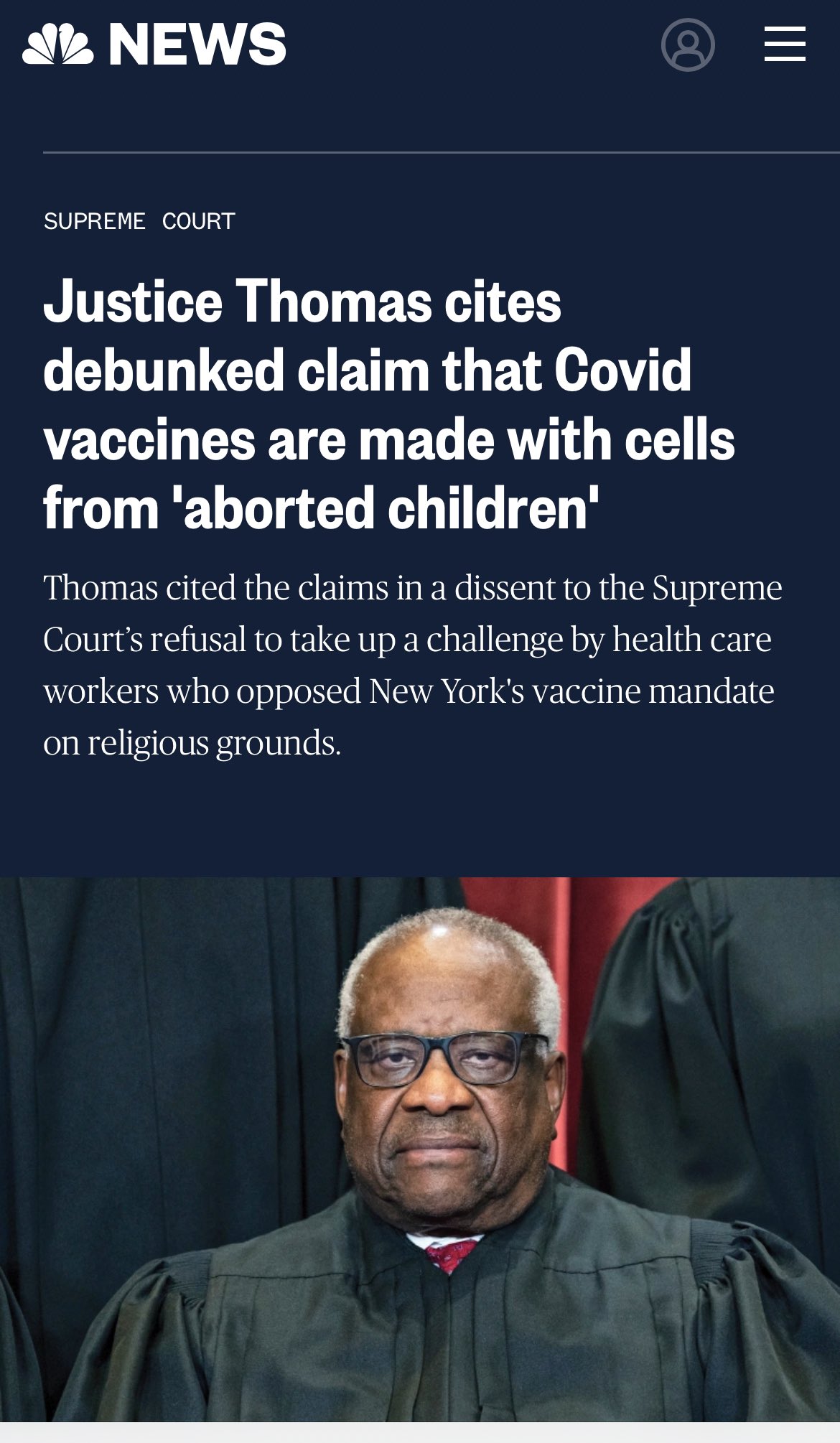 1. He was summing up the petitioners’ claim, not making the claim himself.

2. The claim is they were DEVELOPED using aborted fetus cells, not that they CONTAIN them. This is absolutely correct.

If Thomas really is so bad, why do you guys have to keep making up lies about him? pic.twitter.com/cc1qmCrEnI

These MSM and #WOKE-twisted dolts are actually worse than Biden’s ignorant “Stand up, Chuck” shoutout to a crippled man. Glenn Greenwald’s double-barreled shot across the sinking MSM’s bow…

I believe it’s due more to intent than ineptitude but at some point that question ceases to matter.

Tonight, 68 White House journalists asked @PressSec to end the mysterious prescreening of reporters let into President Biden’s events, calling it ‘antithetical to the concept of a free press’ https://t.co/X5CN1qBL3m pic.twitter.com/v2SqOoBazQ

Nearly 2/3 of WH briefing room seats represented in letter arguing that, ‘The administration’s continued efforts to limit access to [@JoeBiden] cannot be defended’@BrianKarem wrote the letter and WHCA President @StevenPortnoy was the first to sign https://t.co/3IqD55VLbi

The Biden Regime Bulldozer Will Have Us All Be Buried Deeper Than ‘Dirt Poor’ by 2024:

Anders Hagstrom: Biden repeats false claim that US has lower inflation than rest of world: Inflation in the U.S. is higher when compared to many countries in the world

Jeffrey Carter: Stocks Worst 6 Months in 50 Years: I called it

THE SUPREME COURT AND BIDEN’S EPA POWER GRAB: A pen and phone are no substitute for a statute duly passed by Congress.

The EPA’s attempt to impose such a scheme on states was particularly bold because Congress had just declined to enact a similar scheme. After the 2008 election, Democrats introduced the Waxman-Markey bill, a sweeping cap-and-trade scheme to reduce carbon emissions dramatically. Even with Democratic supermajorities in both houses, Congress failed to pass the bill.

After his party lost the House in 2010 President Obama turned to the EPA, which in 2015 promulgated the Clean Power Plan. The basic idea of the CPP was to pressure states into shutting down coal and (eventually) natural-gas plants and switch to renewable electricity sources. The agency resorted to an obscure provision of the original Clean Air Act that lay largely dormant for decades. It empowers the EPA to designate a “best system of emissions reduction,” or BSER, for existing facilities. The provision had been used only a handful of times, mostly for solid-waste incinerators, to reduce emissions “inside the fence line” of the facility itself. . . .

One issue the court unfortunately didn’t focus on was the federal coercion of state governments. The EPA normally has the power to do itself whatever it’s asking states to do. But in the CPP, even the EPA admitted that it has no statutory authority to impose directly the measures it was asking states to take. It got around that by using its power to shut down coal plants as leverage to seize control of state policy in areas far beyond its jurisdiction.

Regulators tend to use their power that way if allowed.

BIDEN ADVISOR BRIAN DEESE: “This is about the future of the Liberal World Order and we have to stand firm.” pic.twitter.com/LWilWSo72S

Sure are a heck of a lot of rotten fish tentacles attached to this “globalist” movement, eh… 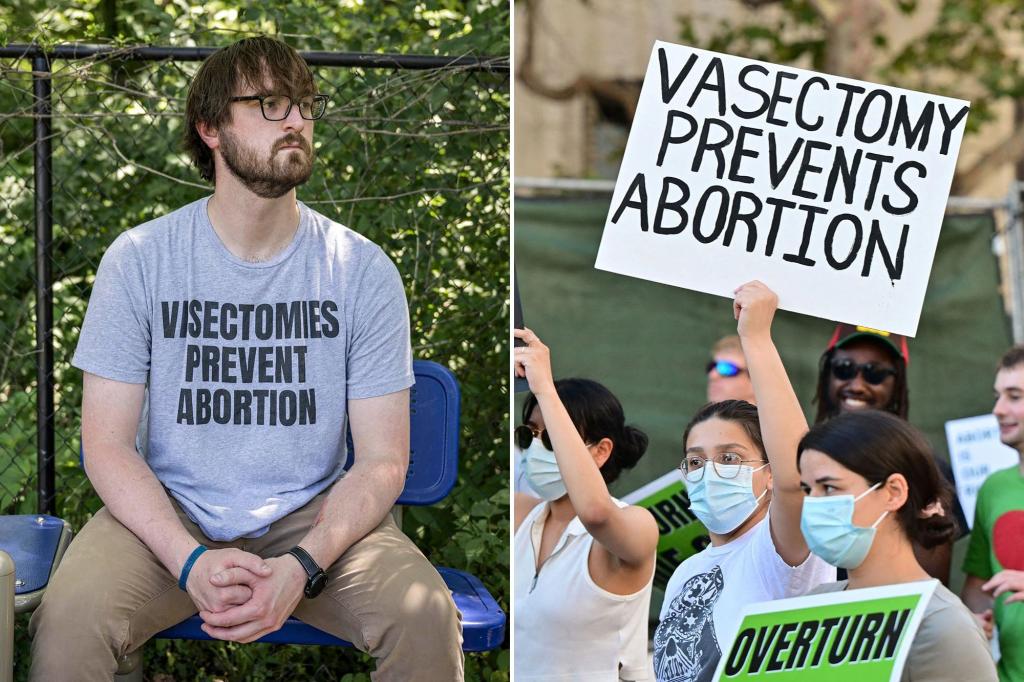 CZ These five premises make no sense to most of you, but are exactly how many countries around the world operated in the 20th Century. If you like, run a simple test: find a tweet from Progressives you don’t like, and see if it makes sense with the 5 ideas above.

Twitchy: The Gormogons share PERFECT thread explaining how Progressives ‘think things are supposed to work’ and BOOM goes the dynamite 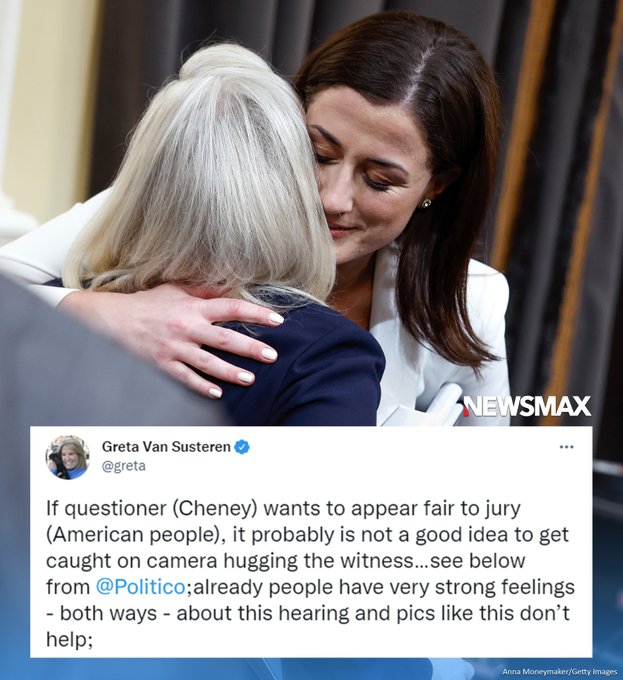 Circuses are embarrassed by the work being done by these clowns. https://t.co/5opg0Y6jgg

Mollie Hemingway: The J6 Show Trial Is Lying About Election ‘Fraud’: The January 6 show trial is partly about persecuting political opponents. But it’s also about covering up the truth of the 2020 election. 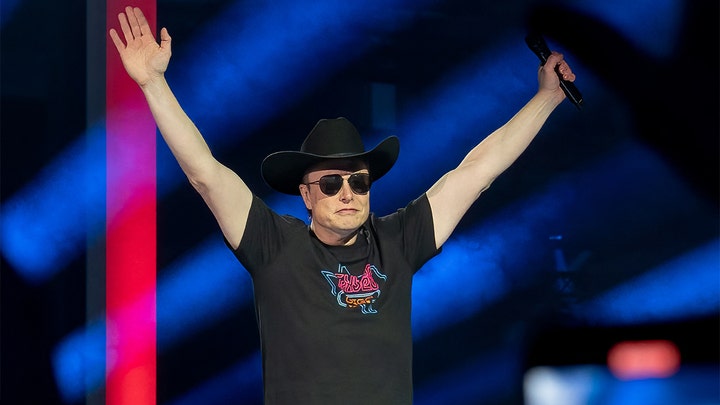