And November is going to be worse.

When they tell you and show you who and what they are, believe them.

Filthy commies gotta be filthy commies. The annual Congressional Baseball Game for a boys and girls charity was last night. This is the game that a few years ago several Republicans during an early morning practice gathering were attacked by a Bernie Sanders supporter and two Capitol police were shot and wounded fighting back at the lunatic as Rep. Steve Scalise and others lie horribly wounded on the ground. So, since then the annual get together has held more of a lighthearted mood … unless you’re morbidly obese commie California Rep. Linda Sanchez. Wasn’t she the Sanchez sister that scoffed/laughed at new Congress members of the freshmen TEA Party Caucus that cited the Constitution when she approached them on legislation/policies?

This disgusting slug giving the middle finger to Republicans in the dugout, then desperately needing a pinch runner at the Congressional Baseball game should tell everyone all they need to know about her.

The democrats even f*€k up baseball. 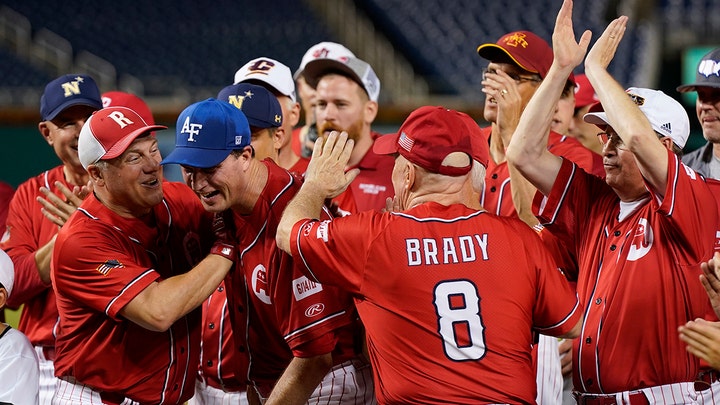 Giving the middle finger to the GOP Baseball team is hateful and divisive.

Sanchez should be banned from all future Congressional baseball games and permanently stripped of all committees.

Congresswoman Linda Sanchez flipping off Republicans in a charity game to support the Boys and Girls Club of DC. Sad! pic.twitter.com/wOLL6krs48

216 House Democrats vote AGAINST requiring the US. government to disclose the adverse impacts on children’s academic achievement, mental health, and social development resulting from school closures and lockdowns

Timothy H.J. Nerozzi: Pelosi to depart on Asia trip as world watches for possible Taiwan stop: Chinese President Xi Jinping warned Biden on Taiwan, ‘Those who play with fire will perish by it’ 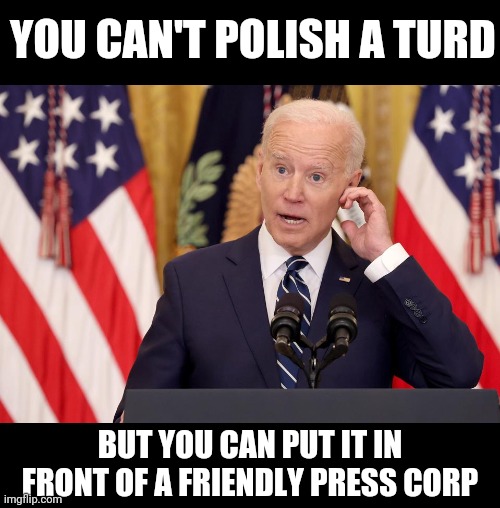 Twitchy: Politico reports that after a brutal year, President Biden ‘is suddenly on the verge of a turnaround’

Somehow, someway, Joe Biden is back in the game.

After enduring a brutal year, Biden is suddenly on the verge of a turnaround that, the White House believes, could salvage his summer — and alter the trajectory of his presidency. https://t.co/XlQT2QNKoy

On the day the nation slips into recession, on top of rising inflation on the president’s watch — well, you just can’t buy coverage like this. https://t.co/4goxUiHlVh

Dictators of authoritarian countries can only dream of regime propaganda so outlandish and servile.

Not true, Hitler and Stalin were loved by the NY times 😂😂

Glenn Reynolds: Team Biden’s refusal to admit we’re in a recession is just another reason Americans don’t trust our institutions

I don’t understand why a reporter would bother to say a recession is NOT two quarters of contraction when they they’ve said the opposite in print in the past. They had to know this would be thrown back in their face? Tucker is hammering @morningmoneyben & @JohnJHarwood right now

Ken Masugi: The Supreme Court Restores Religious Liberty: The Court’s religion cases concern more than the activities of religious people; they relate to speech in general, to Americans’ ability to express their profoundest sentiments and thoughts.

VIDEO: Glenn Greenwald: The media plays a leading role in covering up the Biden family’s alleged fraudulent and unethical business dealings and the mainstream media refuses to investigate

Michael Anton: They Can’t Let Him Back In: The people who really run the United States of America have made it clear that they can’t, and won’t, if they can help it, allow Donald Trump to be president again…

In fact, they made this clear in 2020, in a series of public statements. Simply for quoting their words in an essay for The American Mind, I was mercilessly mocked and attacked. But they were quite clear. Trump won’t be president at noon, Jan. 20, 2021, even if we have to use the military to drag him out of there.

If the regime felt that strongly back then, imagine how they feel now. But you don’t have to imagine. They tell you every day. Liz Cheney, Trump’s personal Javert, has said that the 45th president is literally the greatest threat facing America today—greater than China, than our crashing economy, than our unraveling civil society.

That’s rhetoric, of course, but it isn’t merely that. It’s safer, and generally more accurate, to assume that your adversaries mean what they say. If you doubt this, ask yourself: When was the last time they acted more moderately than they talk? …

Anton’s piece has many things to recommend it, but one phrase that struck me in particular was this:

It’s not just that they think the deplorables are – well, deplorable, or that what the deplorables want is bad or wrong. It’s also because of who the members of the “regime” are: those whom Thomas Sowell has so aptly labeled the anointed. So many of his books, including ones written long ago, described the combination of self-righteous arrogance, ignorance, and condescension that they exhibit, and they’ve gotten a great deal more planful and ruthless in recent years.

Another part of Anton’s essay that struck me was this:

People I have known for 30 years, many of whom still claim the label “conservative,” will no longer speak to me—because I supported Trump, yes, but also because I disagree on trade, war, and the border. They call not just my positions, but me personally, unadulterated evil. I am not an isolated case. There are, as they say, “many such cases.”

They’ve been trying to convict Trump of something for a long long time. So far, no dice. But the thrust of the January 6th hearings was to lay the ground for conviction of a crime later on through the court system. Failing that, the secondary goal was to discredit him so that he either will not run in 2024 or if he does he will do poorly.

It the same technique that was successful with Netanyahu in Israel in 2021, although he appears to be making a comeback because the charges were so obviously bogus when the trial played out…

Read all three in-full. Trump was right again when he said, “They’re Not After Me, They’re After You”.

Hunter Biden’s daughter’s wedding ceremony and reception to be held at the White House. Since she’s Hunter’s daughter I can’t help but wonder about the guest list … and how many will be carrying foreign passports…

If this was Trump’s younger daughter or Barron Trump in 2026, the media would be outraged and it would accuse President Trump of wasting taxpayer money. https://t.co/kBVG2u6ONY

Jean Marbella (6/4/93): Clinton’s class of ’68: But tomorrow night, when one of the class members hosts the big dinner-dance at his place, and his place just happens to be the White House, the 25th reunion of Georgetown University’s Class of 1968 becomes no ordinary stroll down memory lane…

Yale Magazine (1/2/09): 35th Reunion Party at the White House: In 2003 Bush, who had spurned previous reunions, kicked off the Class of ’68’s 35th by hosting a party on the South Lawn of the White House. Hundreds of classmates turned out, while others stayed away in protest of Bush’s policies—particularly the recent invasion of Iraq.

I think the POTUSs are permitted to have personal events at the White House. I just don’t know the spread sheet of who pays for what for these events, and if there’s a set budget of tax dollars that factors into the expenses. God knows the Obama’s were constantly throwing overtly lavish celebrity-stuffed bashes for their eight years in there. 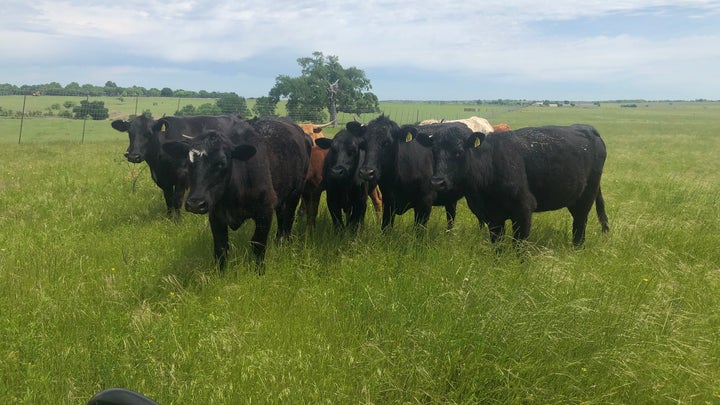 Today’s “SCIENCE” is anything but. It’s completely impossible to take people seriously or begin to have a discussion when the first issue they have on something is the wording/name. Historically the name of a disease, illness, or condition is based in where or what it originated or who discovered it (Down Syndrome = Dr. John Langdon Down) or who made it well-known (See: Lou Gehrig’s disease = ALS).

So, Covid targets elderly/at-risk & has a 99.9% global survival rate. Monkeypox mainly affects gay men & has almost no fatalities. But Dems are again declaring a ‘public’ health emergency & acting like we’re all at risk to break the law.

A few months ago, we were told it was virtuous to mock folks who died of COVID, esp if they were vaccine-hesitant.

With Monkeypox, we’re told it’s too far to ask gay men to temporarily desist from promiscuous sex. It says a lot about how we filter everything through identity. pic.twitter.com/3CZzbH7D7Q

Here is @TuckerCarlson going through the top 4 viewer submitted suggestions for renaming Monkey Pox over concerns of it being ‘racist’. His favourite?

Julia Musto: NYC asks WHO to rename monkeypox due to stigma: The virus has infected more than a thousand people in New York City … All these idiots demanding the name be changed always fail to define exactly who is “stigmatized” by the current name “Monkeypox”, because primates don’t give a damn.

Jeremy Carl: The Regime Wants You to Get Monkeypox: Rather than face disapproving comments from gay activists, public health experts, the media, and politicians preferred to let a deadly disease become an epidemic. 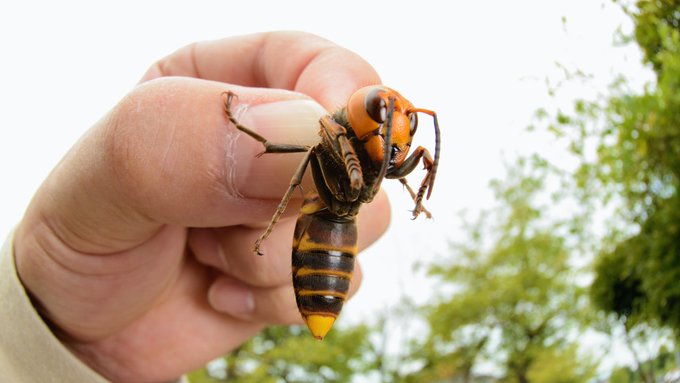 Annabelle Liang: Hershey warns of Halloween treats shortage … If you insist, stock up now and keep the bags in the fridge (NOT the freezer).

Biden administration authorizes completion of the Trump-funded U.S.-Mexico border wall in an open area of southern Arizona near Yuma, where four wide gaps make it among the busiest corridors for illegal crossings. https://t.co/XUkmYOggev