April 17, 2020 – Legal watchdog group Judicial Watch has served Google with a subpoena for all emails related to an account used by 2016 Democrat presidential nominee Hillary Clinton during her time as Secretary of State under the Obama administration.

#ClintonEmails: @JudicialWatch served a court-authorized #Subpoena to #Google on April 15 requesting emails from a controversial Gmail account tied to @HillaryClinton.@Google did not respond to a request for comment. https://t.co/F40WUskUQu

According to a report by Alex Nitzberg with Just the News:

The government watchdog group Judicial Watch has served Google with a subpoena seeking more emails from Hillary Clinton when she was secretary of State.

The firm Platte River Networks used the accounts when it ran the private server Clinton used to send and receive official emails when she was secretary of state.

Revelations that Clinton, as as the country’s top diplomat, used the server to send and receive emails resulted in an FBI probe that conclude she was ‘extremely careless’ but resulted in no criminal charges.

The investigation was conducted during her 2016 White House bid and cast a long shadow on her ultimately failed campaign.

The subpoena specifically seeks ‘any and all Clinton emails, including metadata, sent or forwarded to or from or saved, stored, archive, or contained in the Gmail account’ related to that email address.

The subpoena states Platt River IT specialist Paul Combetta ‘reportedly used the Google account to transfer Clinton’s emails from a laptop to a company server, then usedBleachBit to remove any traces of the emails from the laptop,’ Judicial Watch explains.

For those who have been following the saga of the Clinton email server, what she did was highly illegal and irresponsible, putting national security at risk.

What is interesting is that Judicial Watch has requested emails from not just one Email address, but two. The second one is similar to the first, but with slightly different spelling.

For those who have been following anonymous internet poster “QAnon” who claims to be a Trump administration insider and has displayed previous foreknowledge of events, this should sound familiar. “Misspellings matter.”

Fox News correspondent Gregg Jarrett asks “Does Google Have Hillary Clinton’s Bleach Bit Emails?” and that is definitely something that deserves to be explored:

The subpoena is the result of reports that ‘Platte River Networks’ IT specialist Paul Combetta reportedly used the Google account to transfer Clinton’s emails from a laptop to a Platte River server, then used BleachBit to remove any traces of the emails from the laptop.’

The subpoena requests emails from Clinton’s entire time at State, from January 2009 to February 2013, and is due to be handed over by May 13th. The newest subpoena for Google is part of Judicial Watch’s lawsuit, Judicial Watch v. U.S. Department of State which is devoted to seeking ‘records concerning ‘talking points or updates on the Benghazi attack.’

A report in which he had some very troubling information about a guy named Combetta who had been one of the contract employees on the Clinton emails, and he and the Senator who Chairs the Homeland Security Committee released in the Senate this report Friday, and the gist of it was that Combetta had said…he had created a dummy email account with all of the Hillary Clinton emails in it in a different name, and the FBI had investigated that to see whether or not the Chinese had ever hacked into it. They have determined that the Chinese hadn’t, but that the FBI never told the State Department about that account and that the emails that were not given over to State could have been obtained from that account, but the FBI never told State about it. – Gregg Jarrett

This is something that many researchers and investigators who have been following the case for the past few years would like to know about.

This idea of the Obama administration members using Gmail to communicate rather than the official and encrypted government email system, is not new. This is something QAnon has posted about many times in the past.

A review of the QAnon posts mentioning “Gmail:” 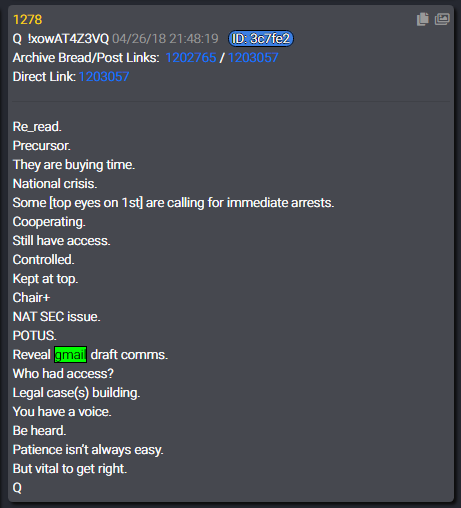 Researchers/anons are asked who had access to Gmail draft comm[unication]s, and are told legal cases are building. 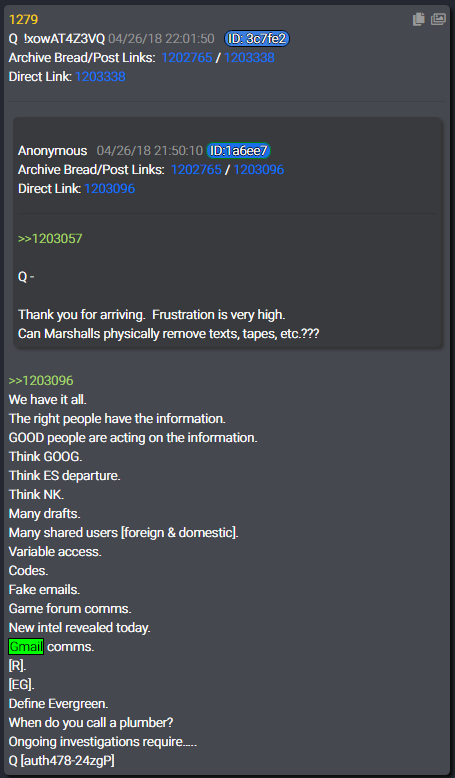 Google and Eric Schmidt are referenced together regarding shared access, as well as Gmail comms. 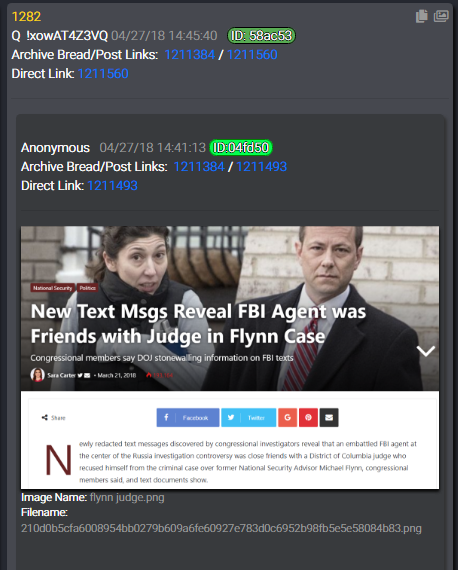 Here we are asked about lawmakers learning of the previously mentioned Gmail comms, and then making it public. Indeed. 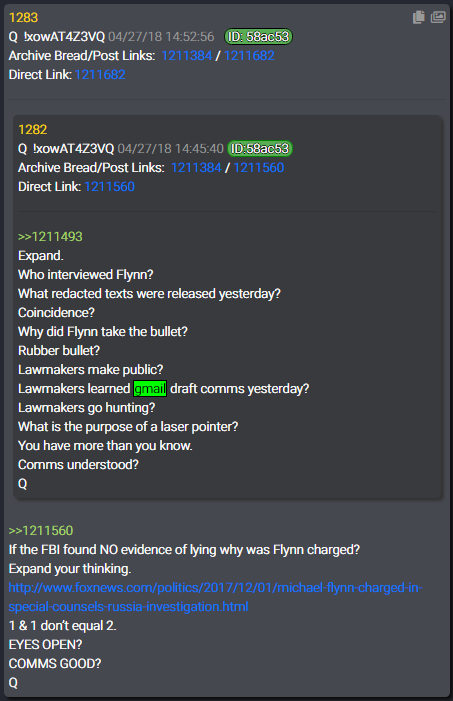 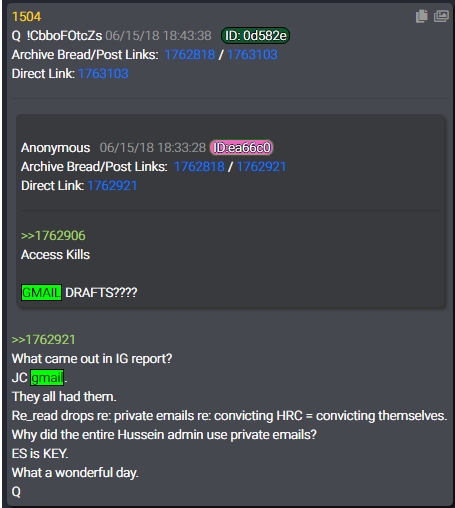 Once again we are asked why the Obama administration was using private emails to “conduct government business.” 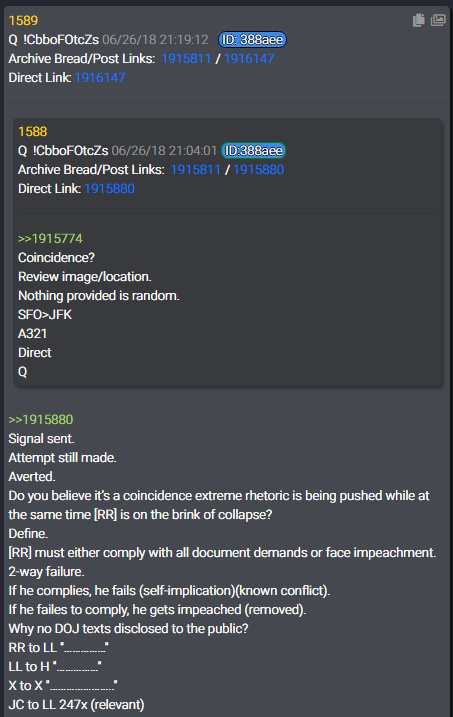 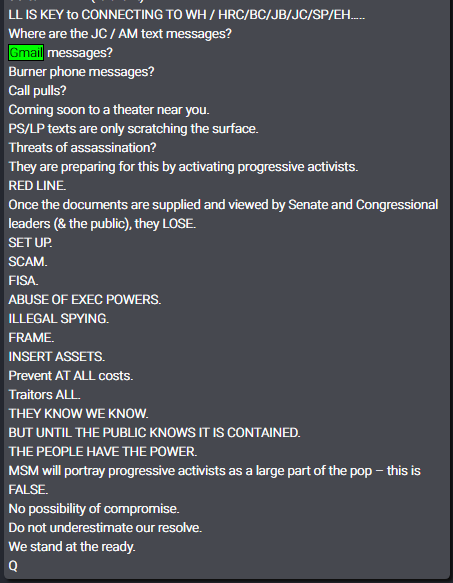 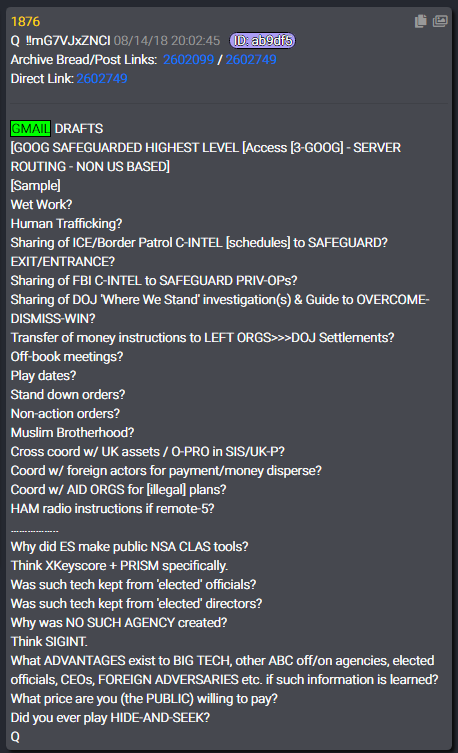 This is a very interesting post. It essentially asserts that Google has been actively working against the interests of America.

Now this is important: DID HILLARY ask COMBETTA for advice over these emails? What might we be about to learn?

This post references Gmail drafts, Gmail comms and HAM comms, which we believe has to do with Nellie Ohr. 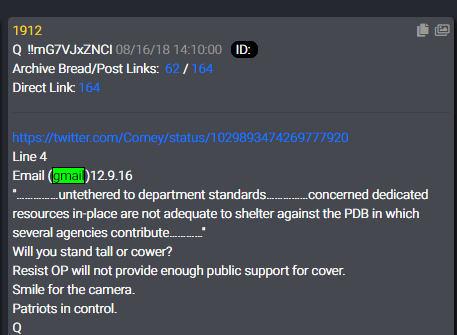 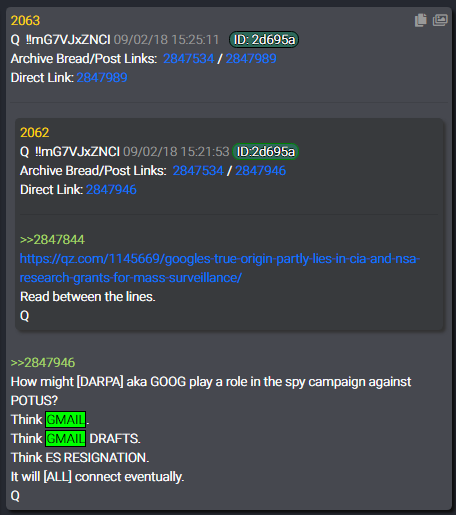 We were are told think in context, GMAIL and GMAIL DRAFTS and Eric Schmidt’s resignation … 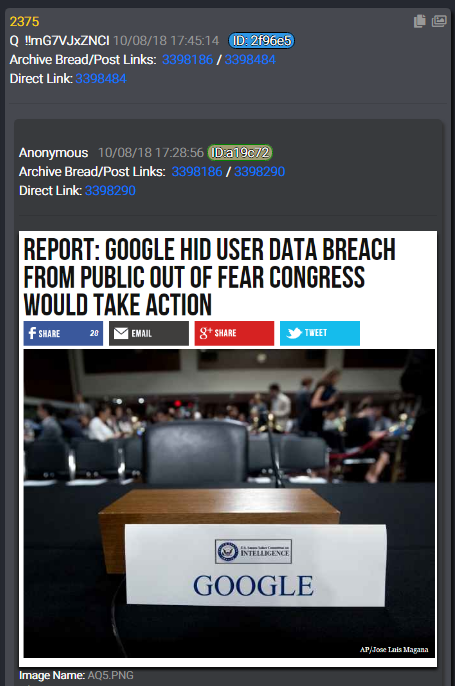 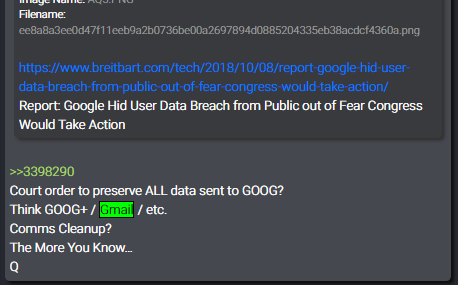 “Court order to preserve all data sent to GOOG”[LE]. Now things are getting interesting. 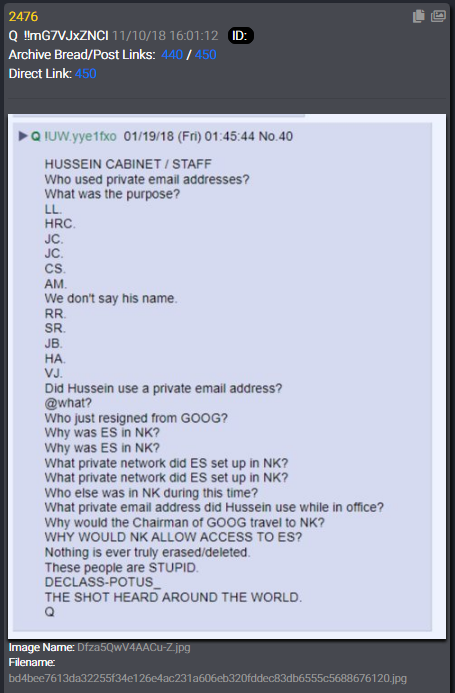 Any communication to Paul Combetta about how to destroy evidence would be criminal. This subpoena, if the Court compels Google to respond with Production, could be a major boon towards re-opening the Hillary Clinton email “matter.”