Former mayor of New York City Mike Bloomberg made his first presidential campaign stop in December 2019 in California, where few support his White House run, many don’t know who he is, and those who think little of him.  So says an article from The San Francisco Chronicle. The 77-year old billionaire publisher wants to change those impressions by accepting an endorsement from the new mayor of Stockton, Michael Tubbs.

Mayor Tubbs is the youngest at age 26, and also the first black mayor to serve in Stockton . In 2016, Michael Tubbs was endorsed by Oprah Winfrey during his own campaign. The Co-Founder of Facebook, Chris Hughes, has financially supported Tubbs goals for a Universal Basic Income experiment in the city.  Chris Hughes’ Twitter page (@chrishughes) on October 18, 2017 1:38 p.m. he tweeted: 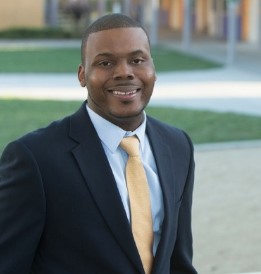 Tubbs was planning to endorse Kamala Harris until she dropped out of the race.  He also had trouble with Bloomberg’s agreement in stop and frisk policies. Bloomberg told a predominantly African American congregation that, “I was wrong, and I am sorry.”

He continued to say as a 29-year-old African American man, people like him think “stop and frisk is terrible.” But he said he was satisfied with Bloomberg’s apology saying, “That’s a sign of a good leader.”

Michael Tubbs has signed on as a national co-chair of Bloomberg’s campaign, saying:

I’m sure the mayor will put forth policies that will reflect his new criminal justice perspective.

Other candidates have also had problems on criminal justice issues, Tubbs said.

We are seeing well-known people supporting campaigns and agendas in the city of Stockton, California, so it seems east coast Mike Bloomberg is attempting to garner similar support by receiving the Stockton Mayor’s endorsement.  Stockton, founded in 1849, is a small city in California about one hour east of San Francisco and south of Sacramento.  It is surrounded by farmland, has a small port and a population of 311,178.  In addition to visiting Stockton, Bloomberg made an appearance with former Governor Jerry Brown at an American Geophysical Union meeting to speak on the efforts to combat climate change (Fox News 2 KTVU article), stating,

Make sure the rest of the world knows America is continuing its progress even with a climate denier in the White House, this administration has its head in the sand …

Bloomberg planned on spending $14 billion in ads to flood the California airwaves for the rest of 2019, stated The San Francisco Chronicle.  At the time of Bloomberg’s visit in 2019, Jerry Brown had not endorsed a candidate in the 2020 election.

Bloomberg was endorsed by San Jose Mayor Sam Liccardo in December.  Some Democrat candidates have been critical of his late entry into the race and his spending.  Bloomberg was committed to spending $100 million by the end of 2019, more than the leading candidates combined.  Despite the spending, a new Monmouth University poll shows him at about 5 percent with Democrat voters nationally.  Bloomberg has made it clear, he’s not focused on the first four primary states; he’s putting his energy into Super Tuesday, including delegate-heavy California.

Bloomberg has a lot of work to  do. A recent UC-Berkely poll shows Bloomberg is the first choice for only about 2 percent of California Democrats, says according to a Fox News 2 KTVU article.