I wonder how many followed the directions. 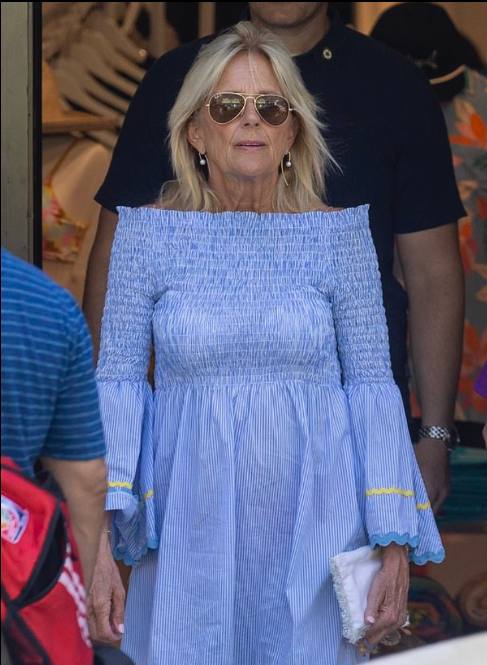 Oh! Oh! What a lovely frock! Reminds me of something… 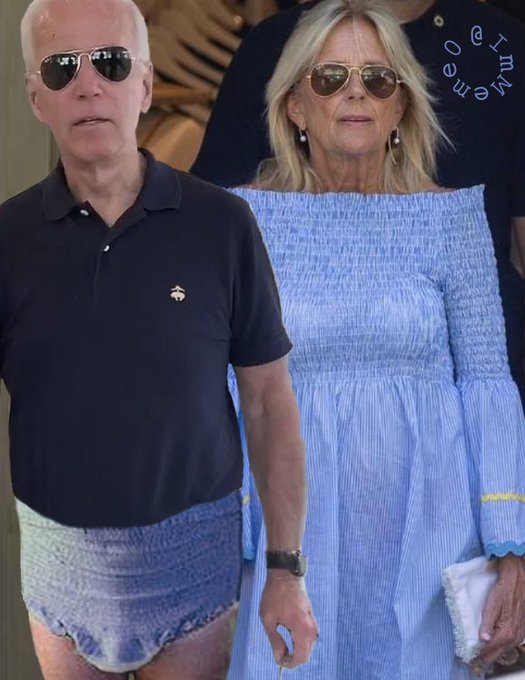 Karl Evers-Hillstrom: ‘Shocked and disheartened’: How coal country is reacting to Manchin’s climate deal … Of course the democrat ass-kissing United Mine Workers president has flip-flopper Manchin’s back.

It wasn’t about “Orangeman Bad” having ‘the nukes codes’:

Brooke Singman: EXCLUSIVE: ‘VERY DANGROUS TIME’ – Trump says he ‘will do whatever’ he can to ‘help the country’ after FBI raid

Margot Cleveland: Records Suggest A Backbench Bureaucrat’s Partisan Grievance Spurred The FBI’s Nakedly Political Raid On Trump: The purpose of the grand jury investigation and raid on Mar-a-Lago was to get Donald Trump, not documents. … Speaking of FBI ‘backbenchers’…

Twitchy: ‘Beyond parody’: Guess who MSNBC’s Morning Joe brought in to vouch for the FBI’s integrity

MSNBC’s Morning Joe brings on @PeterStrzok to argue on behalf of the FBI’s integrity: “It’s not that the FBI is targeting any one side or the other. What you see is the FBI going out on a day-in and day-out basis objectively investigating allegations of law.” pic.twitter.com/bIyBladBMg

Good God, what’s next? They bring on Lois Lerner to defend the hiring of 87,000 new IRS agents?

The Democrats, a criminal organization masquerading as a political party, love to boast about their “firsts,” and they are indeed impressive…

… That’s quite a record, and yet today’s Democrats seem hell-bound to top it. Under the demented, corrupt hulk of non compos mentis called Joe Biden, they’ve destroyed the booming Trump economy, humiliated their own country with the summary abandonment of the Afghanistan war, turned loose the nation’s criminals on a legally defenseless population, let loose the dogs of debt, inflation and commodity scarcity, blown up the supply chain, solidified the power of the Praetorian Deep State, weaponized the intelligence community and the FBI in the service of the Party, terrified the gullible via their reprehensible Covid scare tactics, crippled the domestic energy industry, injected the poison of Critical Theory into the national bloodstream, and castrated much of the Bill of Rights, including the first, second, fourth, fifth, ninth, and tenth amendments. As soon as they can figure out a way to quarter soldiers in your homes and apartments, you can bet they will…

Never before in the history of our Republic—a phrase conservatives ought to be using as a counterweight to the Democrats’ deceitful “our democracy”—has the nation’s chief legal officer ordered an armed raid on a former president, in this case on Biden’s immediate predecessor and the leading contender for the GOP nomination in 2024.

It’s step of breathtaking audacity, but hardly surprising. Not for nothing is the Democrats’ unofficial motto “by any means necessary”…

The key to understand the Left, pretty much from Rousseau on, is that they believe in an “arc of history,” which amazingly bends toward their preferred transient policy prescriptions in the here and now. It’s a kind of misplaced messianism, with an imminent savior ready to descend to earth to establish a new kingdom of heaven, one in which they will witness the destruction of their enemies, and over which they will rule for ever and ever, amen…

Like Caesar, they’re playing for keeps now. Either they complete their overthrow of the Republic or, in Ben Franklin’s memorable phrase, they’ll all hang together. The die is cast: “by any means necessary”? You ain’t seen nothing yet…

Stephen Kruiser: The Morning Briefing: Biden’s Revenge-Fest Isn’t Going to Work Out Well for the Dems

Oh, BTW, yeah “But her emails” is important on several levels… Hillary Clinton destroyed data and information that was under subpoena. Did the @FBI raid her home? pic.twitter.com/kCtJJHIEYx 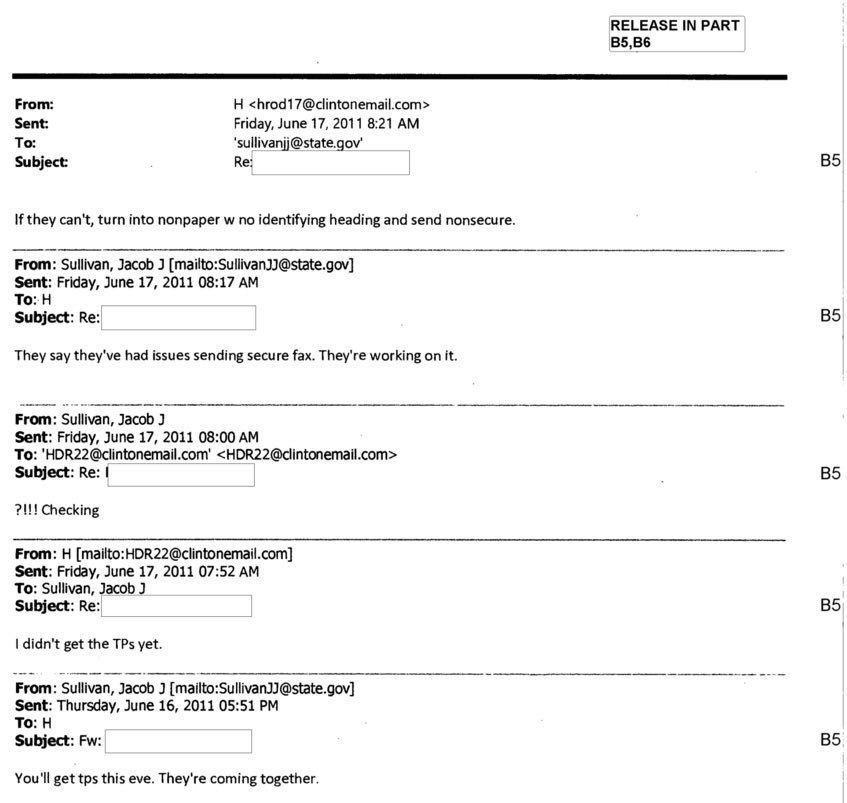 Here, Hillary Clinton orders a subordinate to remove classified markings from sensitive documents, thereby allowing them to be sent trough non-secure channels. This is a clear violation of the law.

Did the @FBI raid her home? pic.twitter.com/qm51rPTO7G

The Marxist MSM turning up the flames on their burning-at-the-stake of Christians/Catholics:

And The Atlantic is waving the blazing torch (Links to The Atlantic’s BS in their tweets.)… 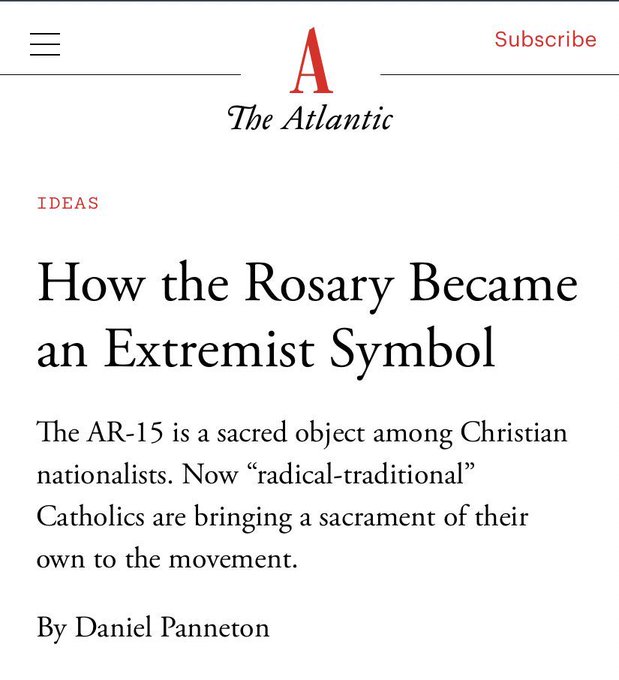 “Militia culture, a fetishism of Western civilization, and masculinist anxieties have become mainstays of the far right in the U.S.—and rad-trad Catholics have now taken up residence in this company,” @DBPanneton writes: https://t.co/3KRl4C3adE

Joe Biden: “Next Republican Who Tells Me I’m Not Religious, I’ll Shove My Rosary Beads Down Their Throat” https://t.co/HvV3uE7NRZ

I’m not catholic, but this is pure bigotry against a religious group. It comes from the same person quickly crying “islamophobia”, ever since a terrorist attack happens, even before anyone knows the ethnicity of the attacker.

The (almost certainly inadvertent) timing of @TheAtlantic’s attack on the Holy Rosary on the Feast of the Assumption speaks volumes about both The Atlantic and the Rosary. pic.twitter.com/0DuYklzxyb

Putting aside the ignorant subheadline, the main evidence cited in the article is that some Catholic extremists are posting pictures that include Rosary beads.

Would The Atlantic ever argue mainstream elements of Islam become extremist symbols bc radical jihadists use them? https://t.co/C8bBLEj2qW

If praying the rosary, asking Our Blessed Mother to pray for everyone and me, makes me an extremist, then I guess I’m an extremist. “Holy Mary, Mother of God, pray for us sinners now and at the time of our death. Amen.”

To live the Catholic life is to be an extremist who rejects the world and all its pomps, vanities, and false maxims.

A pro-abortion-rights group called Jane’s Revenge is claiming credit for acts of vandalism throughout the U.S., reports @kait_tiffany, and right-wing activists and politicians are eating it up. https://t.co/HdXsSxLixw

Twitchy: ‘The Atlantic is bad. REALLY bad’: RedSteeze takes The Atlantic APART for a plethora of crap articles (attacking the Rosary?) in BRUTAL thread

Ah I see we’re still pushing the “how dare you speak up against literal arson” piece https://t.co/qeBA3bIMzZ

The Atlantic is bad. You should realize it’s bad. It’s really bad. People writing for it should know it’s bad. It’s bad. It should be celebrated when it folds. National holiday

Sorry guys, you don’t get to lecture about why you quit Fox News over dangerous opinions and then go contribute to an outlet that declares the rosary a hate symbol and also actually why are you so mad about fire bombing pregnancy centers?

@stephenfhayes An NBC MTP contributor suggested executing a former president and you didn’t walk out out over it.

Here is the Atlantic calling the rosary a hate symbol and fire bombing pregnancy clinics just great, do you guys see your fucking problem yet? Do you get it?

@stephenfhayes It’s fine if you left Fox over this kind of stuff. But now you’ve swallowed your tongue over colleagues like Bechloss and Joy Reid or Andrea Mitchell. **This** is how you lost the party, This <—–

Anyway, hoping for your principled resignation at NBC and David’s at The Atlantic over this *or* an explanation as to why not. @stephenfhayes

In case you missed it…

Kamala Harris, who probably still calls meteorites “falling stars”, tossed her latest word salad (starting at about 1:48 with BS regarding the inflation creation act and climate change bullshit, but her spaced-out tossing starts at 6:08) and let’s everyone know she knows nothing about space, space innovation, and, you know, inequity in space…

If Star Trek’s Mr. Spock did a Vulcan mind-meld with this woman he’d run screaming, throw himself on the floor in the fetal position, and then rise to “space” himself at the nearest starship hatch.

Twitchy: Canadian journalist claims gun violence happens because “in most States, you can buy a gun like you can buy a bag of chips” … Seriously! I’m so pissed that in these last few years of shrinkflation they’ve stealthy reduced the chip capacity in the mags—- er, bags!!! Kevin Downey, Jr: A WEF Op-ed Is Calling for Global Censorship. We Really Need to Cut Ties With These Commies 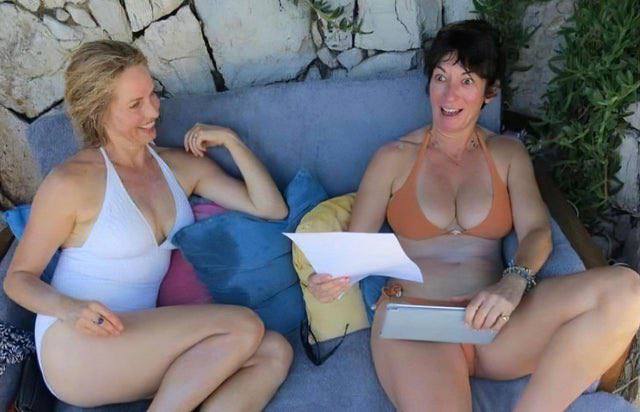 Yesterday The Atlantic put out an article claiming child trafficking was a “fake” epidemic!

Here’s a photo of the owner of the Atlantic Laurene Powell getting cozy with Ghislaine Maxwell! pic.twitter.com/qfmOHVSA2N 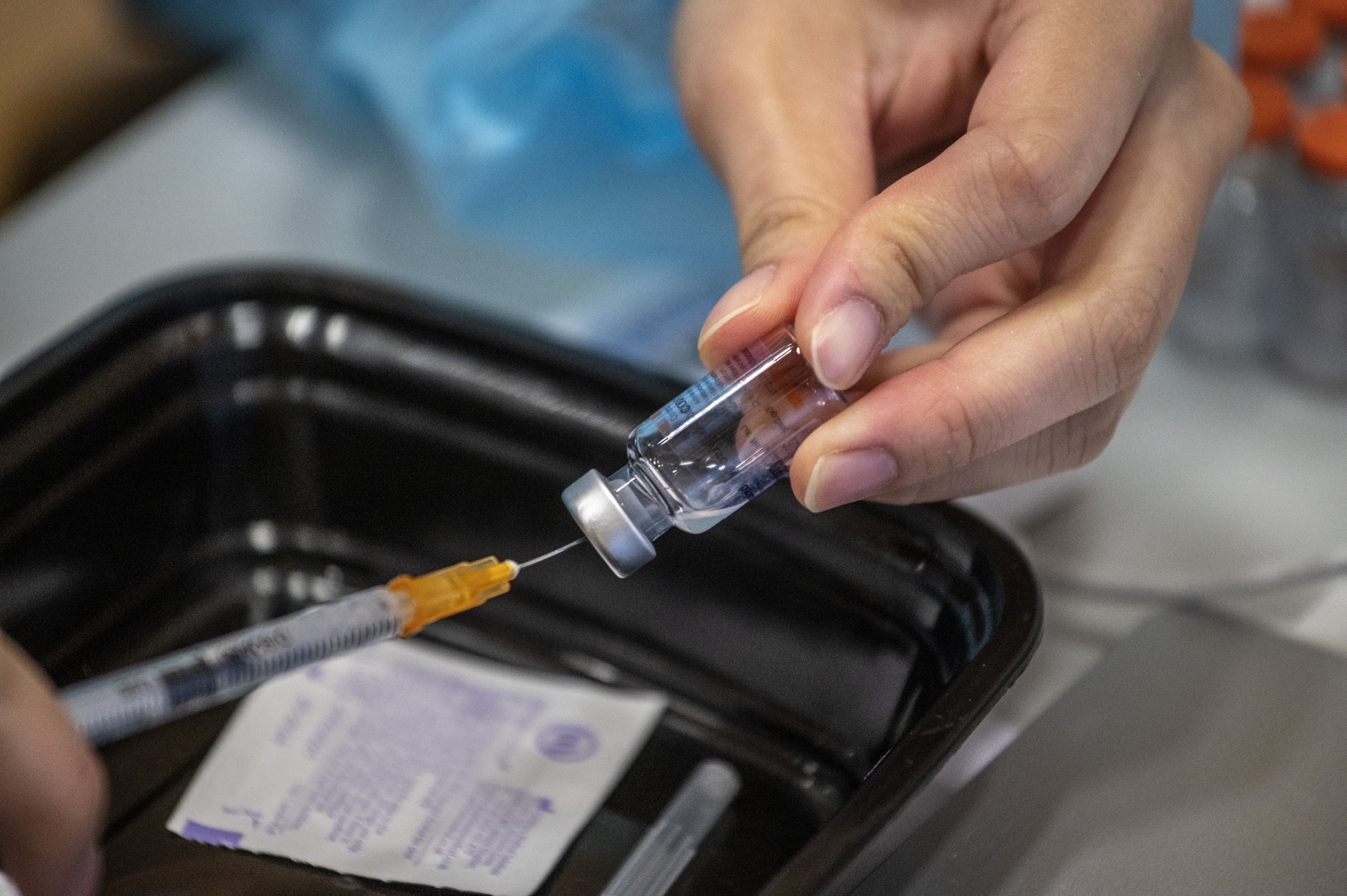 Karol Markowicz: Too little, too late: Disband the CDC now

Kevin Downey, Jr: Polio or Monkeypox: Which Virus Will the Left Use to Save Drop Boxes in November?

TUS Boss’s rant on it all…