According to the arrest warrant, the case was opened by a Special Agent in the Office of the State Attorney General on March 4, 2019 after receiving a tip from the National Center for Missing & Exploited Children (NCMEC) which was alerted to the electronic image uploaded to their platform by Tumblr. According to the warrant, the image was allegedly uploaded on December 28, 2017 at 11:34 pm. 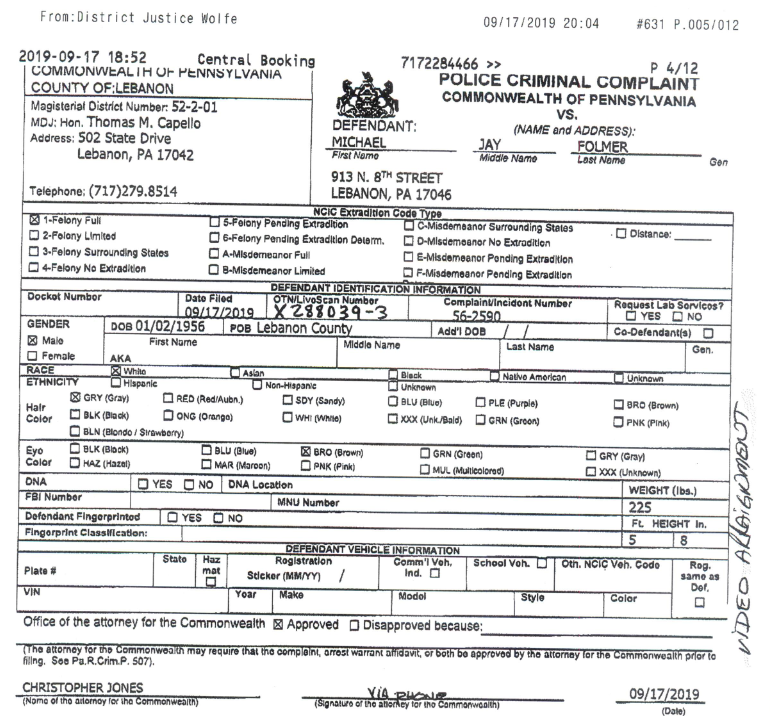 Once reported to the Special Agent, he reviewed the image and immediately determined it violated PA Child Sex Abuse laws under Pennsylvania Crime Code 6312. The investigation was launched and a host of subpoenas were sent out to Yahoo, AT&T and ComCast to determine the owner of the IP Address and account. It took some time but once all the information was in, the Special Agent obtained a search warrant for the premises and his cell phone.

On Tuesday, the warrant was executed and Folmer’s cell phone obtained. Folmer waived his Miranda rights and agreed to speak with the arresting agents, including a Special Agent from Homeland Security. He admitted to the agents that both the Tumblr account and email address associated with it were his. When asked about the photo, he told the agents he was going through some personal issues at the time. A forensic review of his phone turned up two more illegal photographs, hence the charge of three counts of Child Sex Abuse. 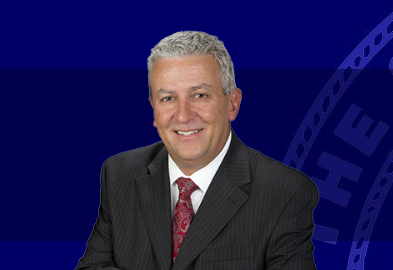 When told about Folmer’s reasoning for having the image, State Victim Advocate Jennifer Storm told the Philadelphia Inquirer that she was deeply alarmed by his statement to agents:

“As though viewing crimes against children is now just an acceptable coping mechanism to having a bad day and going through a rough period?”

Governor Tom Wolf called for Folmer’s resignation calling the charges “disgusting and beyond comprehension” while state Republican senators removed him from his committee position. The senators issued a joint statement saying

“We are shocked to learn tonight of the allegations made against Senator Folmer. We will fully cooperate with law enforcement regarding the deeply disturbing matter.”

Senator Folmer just last year vehemently opposed a two-year reprieve in the statute of limitations for child sex abuse victims, similar to the one recently passed in neighboring New York. There has been no comment forthcoming from either the senator or his office. Senator Folmer is married with two children and seven grandchildren .