We are living in a very dangerous time my friends, where half of this country thinks you’re a traitor or committing treason if you don’t agree with the government’s actions. This is like McCarthyism on steroids. 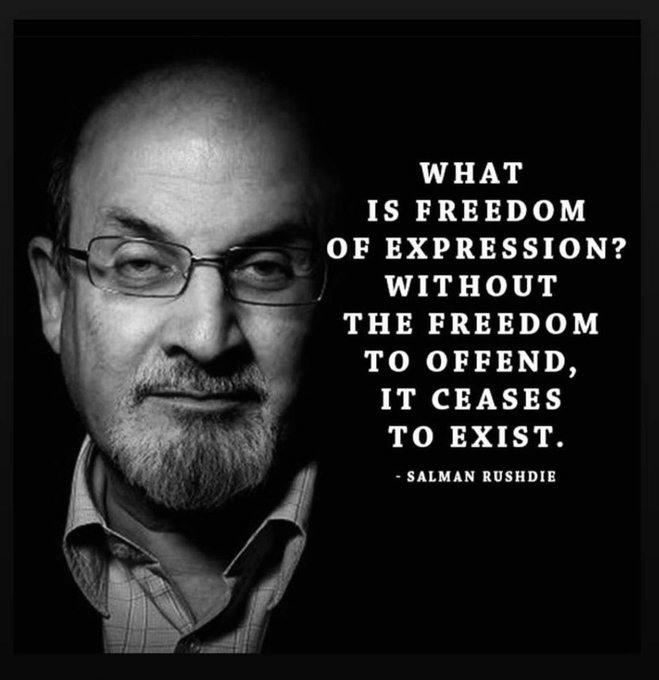 Once you start allowing facts to be defined by feelings and emotion, society devolves into a nightmare with no boundaries, no logic, and no space for rational thought. It is in this mess that predatory political movements thrive.

What happens when you mix ‘drunk on Russian vodka’ and ‘drunk on power’? You get Nancy Pelosi.
Hey, Nan, you do know once you dig halfway to China you meet “Mother Earth”, right?
Yes, Nancy, nothing is more gloriously appeasing to “Mother Earth” than sacrificing Americans’ tax dollars and liberty/freedom … a lot like aborting/sacrificing the unborn/preborn to appease Baal, you unmitigated witch.

Inflation? What inflation? Can’t afford to pay for anything? Well, no worries, says Jennifer Granholm. You’ll receive a tax credit for installing an electric charging station in your home. pic.twitter.com/cAbkJH8vRI

Gabriel Hays: MSNBC’s Tiffany Cross slams ‘mainstream media’ optimism on economy, ‘ain’t doing better for’ minorities: Cross claimed that the minority community is being left out of the inflation discussion in the media: According to NPR, inflation is hurting the African American community the hardest… … Cross and her panel bemoan ‘good deserts’ in minority communities, yet, fail to recognize and point out the increasing extreme theft and violence store owners in those communities are dealing with that drives them to just closing-up. You cannot complain about food deserts and not address the crime hitting community small businesses and even chain stores that board-up and leave.

CBS News: One thing the Inflation Reduction Act may not do: Lower inflation … That’s because it has no intention of either lowering consumer prices or increasing consumer goods (i.e., rectifying the ‘supply chain’ bullshit). They insist we own less, pay more for what we do buy, have far less selections and supplies available, and tax the Hell out of everything.

Twitchy: CBS reports breaking news about the Dems’ ‘Inflation Reduction Act’ (Shocker: ‘They waited to report this until after it passed’)

Naturally, conservatives are alarmed, even terrified, that the IRS could be so politicized. Treasury Secretary Janet Yellen has been rushed into the fray to reassure us, through a “directive”:

“Specifically, I direct that any additional resources—including any new personnel or auditors that are hired—shall not be used to increase the share of small business or households below the $400,000 threshold that are audited relative to historical levels,” she said.

Would Yellen, the woman who told us inflation was transitory and that there was no recession, lie to you? Or if she has issued such a “directive,” does it have legal force? And what are these historical levels anyway? What part of history is she referring to?

I have a two-word of rebuttal to Ms. Yellen: Lois Lerner.

From the Daily Mail:

“After nearly two years of jockeying with Congress over the IRS’s history of discriminating against conservative nonprofit groups, former official Lois Lerner won’t be charged with a crime for defying a congressional subpoena and refusing to answer questions.

“U.S. Attorney Ronald Machen, on his last day in office, told House Speaker John Boehner in a seven-page letter that Lerner could wrap herself in the U.S. Constitution’s Fifth Amendment, even though she offered a self-serving opening statement before clamming up during a May 22, 2013, hearing.”

With 87,000 new employees, almost all avid statists—who else would join the agency—we are headed for déjà vu all over again, i.e., Lerner’s “historical level,” only worse in a yet more divided time. (As someone once said, “Personnel is policy.”)

So to Republicans in the House and Senate, speechify all you wish, but start really acting now, being concrete, even before you might have majorities. Get with the smartest conservative tax lawyers you can find and figure out some way to put a halt to as much of this as possible. Throw a wrench in the machine.

As Mark Steyn has written, maybe it would be easier to list which federal agency doesn’t have its own personal SWAT team?

Christopher Roach: Prosecutorial Indiscretion: While Trump is not above the law, he is not below it either.

Matt Margolis: Is This Proof the Mar-a-Lago Raid Was a Fishing Expedition?

Twitchy: ‘THEN pick the alleged crime’: Brit Hume sums up EXACTLY what the DOJ was doing with the FBI raid of Trump’s home in 1 BRUTAL tweet

David Catron: The Mar-a-Lago Wave: The FBI raid on Trump’s estate has increased the chances of a red wave in November.

NEO: More reflections on the Mar-A-Lago raid: Trump as an illegitimate president

One thing the Mar-A-Lago raid has driven home is that the left truly believes – and they think much of the general public will agree – that what ordinarily would be allowed most presidents and ex-presidents is not to be allowed to Trump. That is because they think and have always thought that he was an illegitimate president with no right to hold that office…

Not just Trump, though; any Republican who isn’t part of the genteel NeverTrumper club must never take power. Any Republican who might really be serious about stopping them and especially about draining the so-called swamp cannot have any power. It is a deadly serious game and they are determined to win.

Trump himself said, and he was correct: “They’re not after me, they’re after you – I’m just in the way.”

Joe Concha: Biden frontrunner for ‘Lie of the Year’ award as many in media look the other way

Clarice Feldman: Panic at the Top: We may someday look back and mark the Wuhan flu as the beginning of the end for this country’s elites.

Jim Fitzgerald: The FBI, the State, and the Death of Peoples: If the FBI is not reformed, then the “death of peoples” is at hand, and all that will remain is the state. 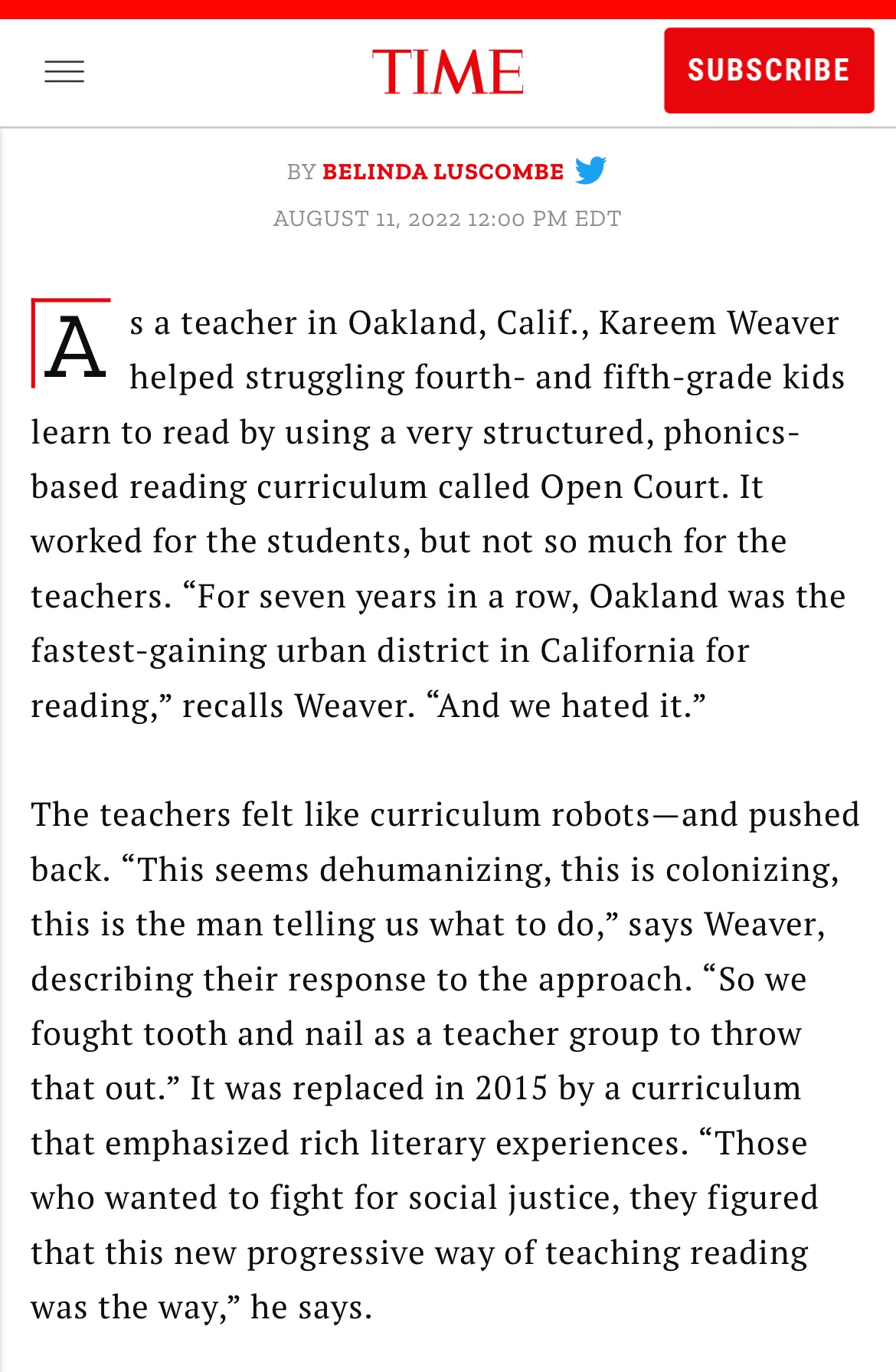 Weaver is now fighting to get the old system back. This is a perfect example of Leftism in action. Leftists seek to “dismantle” everything of old, arrogantly thinking new & “progressive” is better.They don’t realize destroying is a lot easier than building something of value. pic.twitter.com/4fFYujQdHu

Twitchy: THIS: Mom takes the CDC and their original COVID restrictions APART reminding them what they did to Americans to ‘protect us’ in SAVAGE thread