The mainstream media (MSM) has been busy talking about what happens during impeachment, but it is what they are not talking about that begs further scrutiny. Understanding the process of impeachment is important and the fact that the House of Representatives is not following the correct process is both concerning and calculated.

There is little doubt that if President Trump were to be impeached and removed from office, particularly on such weak accusations, millions of people would be rightfully upset with the Federal Government and the Democrats know that. Of course Speaker of the House Nancy Pelosi (D-CA) makes heroic statements like “It is worth losing the House.” but we all know she is not committing political suicide any time soon. No, Democrat leadership is engaging in the age old practice of attempting to play on both sides of the caucus fence.

For months we have heard reports of the Progressive left pushing leadership to pursue impeachment;  Pelosi resisted, or realistically tried to avoid it. She has seen with her own eyes how these things play out with the country and it does not bode well for the Democrat Party. After the Russian collusion flop, she faced mounting pressure for impeachment from the liberal Progressive wing of the party. They would grasp at anything, calling it an impeachable offense, while the Moderates dug in their heels knowing that giving in to the pressure would make it difficult to retain their seats in Trump-leaning districts. Either way Pelosi was faced with losing her grip on power as Speaker to the radicals and/or losing the Democrat’s majority in the House. This has left her in a bit of a quandary but Nancy has had quite a bit of time to think about how to address these issues. By the time the farcical whistleblower report blew across her desk she had a plan that would appease the warring factions of her party, for now. 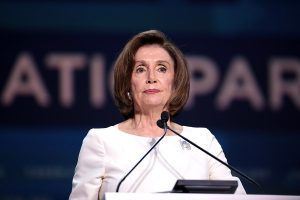 On September 24, 2019, Pelosi addressed the nation announcing the House would be launching a formal impeachment inquiry setting the newswires and Twitterverse into a flurry of activity, but she failed to mention that she had not held the inquiry to a vote. This is an important distinction. Jerrold Nadler (D-NY), Chairman of the House Judiciary Committee had already announced the formal impeachment inquiry a few weeks prior to little fanfare. What Nancy Pelosi announced bears little difference to what was already in play, apart from the announcement coming from the Speaker. The legality of conducting this inquiry without a House vote is in question, but by so doing she avoids a couple of pitfalls an actual resolution would bring.

First and most obvious, Moderates are not officially attaching their name to anything by being forced to cast a vote for impeachment proceedings. Democrats also avoid yet another losing vote on the House floor having already failed three times. However, these are minor and expected tactics from the Left. The little known consequences of bringing it forward for a vote makes this some clever maneuvering by the Speaker.

If a resolution were to be passed by the House to conduct formal impeachment hearings, the Democrats could lose House control. As it currently stands the Democrats hold the majority, the committees are chaired by their caucus and thereby also controlled by them. The chairs can issue subpoenas and call witnesses for testimony while Republicans are hogtied and can do little more than discredit the witnesses in hearings and in some cases, not even that. If a vote had been held and passed, this dynamic changes and the minority party is permitted the same subpoena powers as the majority.  As Representative Doug Collins was quoted as saying in the Wall Street Journal:

‘Vigorous debate and formal votes are part of our democracy,’ says Rep. Doug Collins, the Georgia Republican who serves as ranking member of the Judiciary Committee. ‘When one party silences the other by gaveling down debate, denying subpoena power, and refusing to hold votes, they are hiding from accountability to their electorate, it’s more than partisan—it’s antidemocratic.’

This move by Pelosi is unprecedented and frankly, removes the people’s representation from the entire process. In the end, she may regret this if some legal challenge is made against her tactics by the president and the GOP or more importantly, as Doug Collins points out:

Every impeachment conducted in the House throughout our history has had a vote on the floor. This is the first time one has ever begun without it. The Constitution does not literally spell out that a vote is required to move forward with impeachment hearings, but it does say under Article I, Section 2, Clause 5 that the “House of Representatives shall have the sole power of Impeachment.” It does not state that the Speaker of the House shall have the sole power of Impeachment. 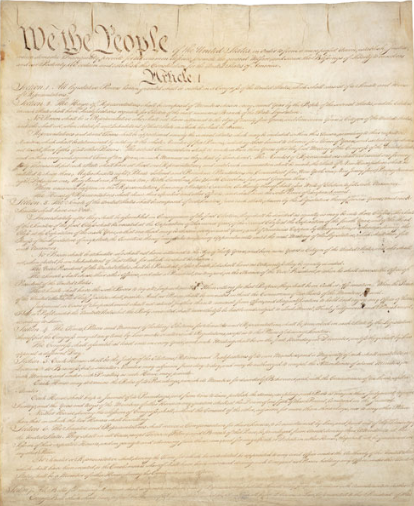 (Read the text of the Constitution here.)

Despite the Speaker’s platitudes of fairness in the process, it is anything but fair. Former Special Envoy Kurt Volker is slated to testify on Capital Hill before the House Intelligence Committee, but Republicans are being shut out of the process completely. According to a report by Fox News, Adam Schiff (D-CA) said that Republicans from the Foreign Affairs Committee will not be permitted to ask any questions nor have equal representation at the closed door meeting.

According to a scathing letter written by Representative Michael McCaul (R-TX), the Ranking Member of the House Foreign Affairs Committee to Eliot Engle (D-NY), the Democrat Chairman of the Committee, not only is this completely unfair it is entirely against House Rules:

On September 27, 2019, you and two other chairmen sent a letter to the Secretary of State claiming to ‘schedule’ without subpoena the depositions of five State Department officials to “be conducted jointly by the Committee on Foreign Affairs, the Permanent Select Committee on Intelligence, and the Committee on Oversight and Reform.”  The stated subjects of the depositions – the conduct of U.S. relations with Ukraine, and U.S. security assistance to help Ukraine counter Russian aggression – are squarely within the Rule X jurisdiction of the Committee on Foreign Affairs.  According to House Rule X, our committee is responsible for “Relations of the United States with foreign nations generally.” This is not the jurisdiction of the Intelligence Committee.

Contrary to the first sentence of that letter, there is not a ‘House of Representatives’ impeachment inquiry.  Official impeachment inquiries are initiated by the adoption of a House resolution empowering or creating a committee or task force to undertake such activities.  In both the Nixon and Clinton cases, the Judiciary Committee debated and reported a resolution authorizing the Judiciary Committee to investigate whether there were sufficient grounds to impeach the President, which was then debated and voted on by the full House of Representatives.[1]  There have been no such debates or votes in this Congress.

Put simply, Intelligence Chairman Adam Schiff lacks the jurisdiction to investigate the Department of State’s conduct of United States foreign policy toward Ukraine. That prerogative belongs to our Members.

You can read the letter in its entirety here.

Pelosi and her team have yet to produce any actual charges or argument for any laws being broken. Instead, they are resting their laurels on the claim that the president abused the power of his office by asking a foreign leader a question about publicly available information.  Democrats are using this impeachment inquiry to compel the turning over of documents ordinarily inaccessible to them, rendering this entire ordeal, as it ever was, a verdict in search of a crime.

In addition, despite Adam Schiff’s appearances on multiple news outlets claiming not to know the whistleblower’s identity, it was reported that he had advance notice of the complaint. His office not only advised the whistleblower how to proceed with the complaint they also provided attorney referrals.

In the past, Adam Schiff has auditioned witnesses which calls into further question the legitimacy of this entire affair. If you recall, he had his staff prepare Michael Cohen for 10 hours before testifying in front of his committee. As reported by Fox News in March of this year:

President Trump’s former personal attorney Michael Cohen told House investigators this week that staff for Intelligence Committee Chairman Adam Schiff, D-Calif., traveled to New York at least four times to meet with him for over 10 hours immediately before last month’s high-profile public testimony, according to two sources familiar with the matter — as Republicans question whether the meetings amounted to coaching a witness.

Schiff’s relationship with the truth is a very long distance one indeed. He has lied numerous times on national television about having concrete evidence against the president on Russian collusion, he lied about his connections to Glenn Simpson of Fusion GPS and as recently as last week lied to the American people as he read a completely fabricated quote by the president from the transcript of the Ukraine call at issue. The Chairman has been trying to sell this abuse of power narrative for more than a year. Looking back at the Blasey-Ford fiasco, Schiff was quoted by NBC News as saying:

Said Rep. Adam Schiff, D-Calif., in a statement: “President Trump, in a clear abuse of power, has decided to intervene in a pending law enforcement investigation by ordering the selective release of materials he believes are helpful to his defense team and thinks will advance a false narrative.”

Any pretense intended by the Democrats that this would be a fair process has been completely destroyed by their antics. Should the House ever arrive at it, the next step would be the drafting and voting upon Articles of Impeachment. This would require a vote and a simple majority to pass it. The method Pelosi is using blocks any argument from the minority and only allows them to vote on the articles themselves in a yay or nay format. It is unlikely that it would be defeated at that point on the House Floor as the Democrats are believed to have the 218 votes necessary to pass it.  From there it would move to the Senate.

Republicans in the House have yet to make any moves to stop this circus because frankly, their hands are tied. The Senate has been frustratingly quiet about it all, but perhaps they are biding their time and working quietly in the background. The White House, State Department and the Attorney General can make moves to quash the subpoenas and tie it up in court for some time. However, it is unlikely they want to drag this nonsense out. The president may actually want to go to an impeachment trial in the Senate simply to lay out his case and present his evidence to the American people about those working overtime to subvert their will on their choice for president. After all, that is ultimately what all of this is about.